Discover the humbling beauty of some of the world’s most inhospitable corners – from the dazzling white Arctic freezes to Africa's ochre-coloured dunes... 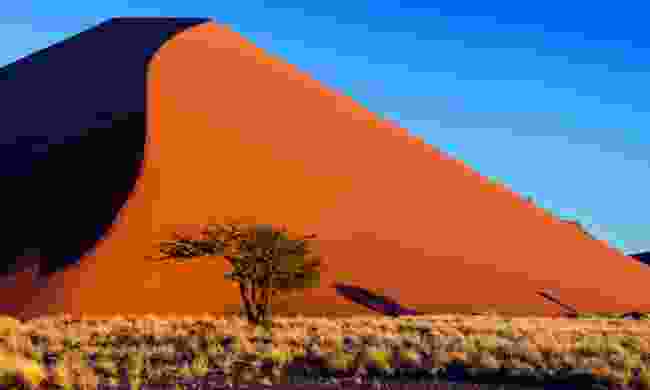 Sunset on the dunes at Sossusvlei, Namibia (Dreamstime)

A longtime Wanderlust favourite, the Namib is a coastal desert in southern Africa, a land of towering ochre-coloured dunes, gravel plains and barren mountains.

As well as being home to some of the tallest sand dunes in the world, the Namib supports over 3,500 species of plants as well as mountain zebra, gemsbok, short-eared elephant shrew, Grant's golden mole, Karoo bustard and Peringuey's adder. 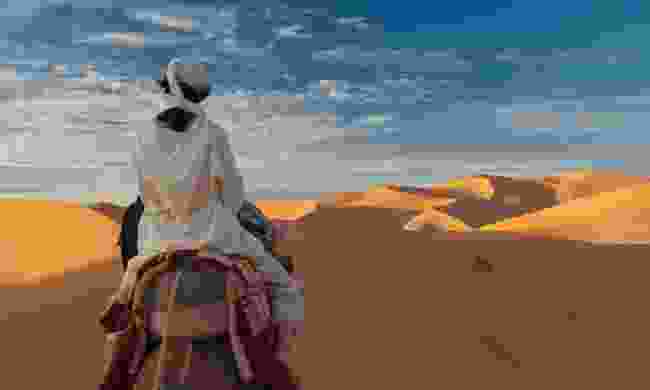 Riding a camel in the Sahara desert (Dreamstime)

The largest ‘hot’ desert in the world, the Sahara stretches across eleven North African countries and at 3.5 million square miles, is as big as the United States of America. From the Red Sea to Morocco’s Atlantic coast, it’s the daddy of all deserts. Even its name means desert in Arabic. 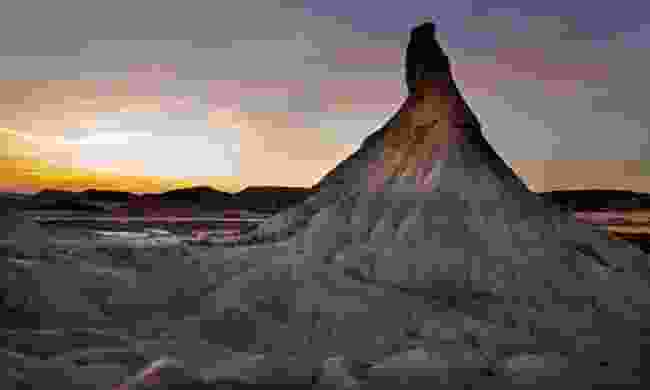 Recently declared a biosphere reserve by UNESCO, Bardenas Reales in south-east Navarre is one of the few deserts in Europe. These are the Spanish badlands, a landscape of sculptured clay, chalk, sandstone – once home to legendary outlaws like Sanchicorrota, who used to fool his pursuers by putting his horse's shoes on backwards. 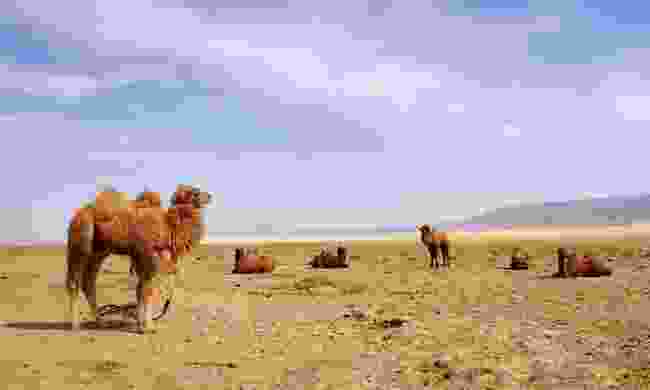 The Gobi is Asia's largest desert, the fifth-largest in the world, stretching across China and Mongolia. It is known for its dunes, mountains and hardy nomads as well as rare animals like snow leopards and Bactrian camels. It is a ‘cold’ desert too, with temperatures in winter dropping below -40 °C. 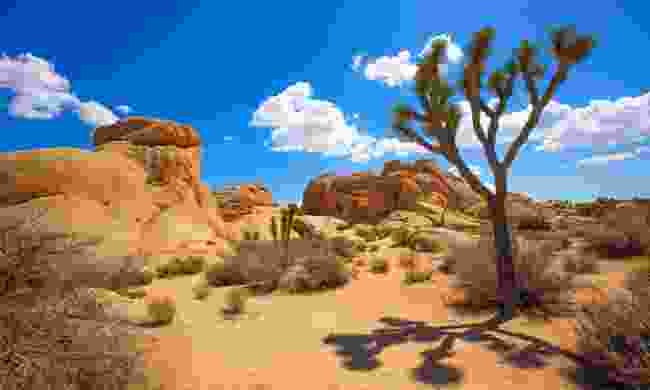 It may be the smallest desert in North America, but it packs quite a punch. It is the driest desert on the continent, and the hottest – temperatures can top 134°F. Set across four states, it is home to both Joshua Tree and Death Valley national parks. 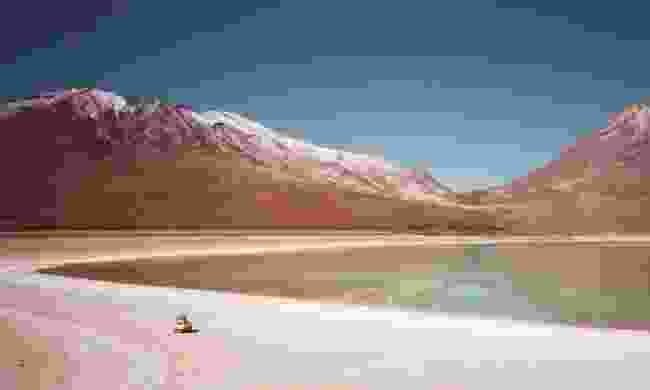 Barren and inhospitable, the Atacama is the driest non-polar desert in the world, with an average minuscule 0.004 inches of rainfall each year. Crossing the borders of Chile, Peru, Bolivia, and Argentina, its geology is similar to Mars. Indeed, it has been used by NASA to test instruments for future Mars missions. 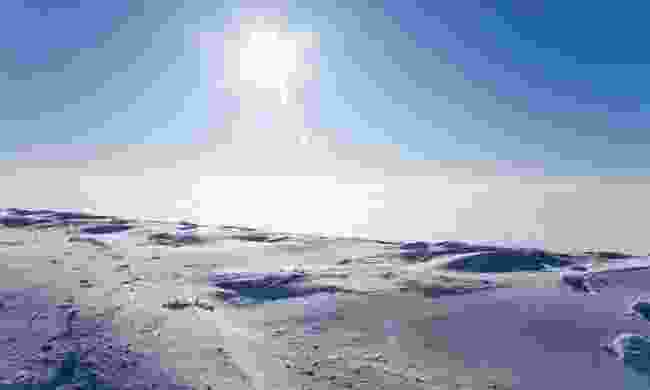 The ice fields of the Artic polar desert (Dreamstime)

Not all deserts are hot. The vast stretch of ice sheets, ice fields and ice caps in the Arctic north form the second-largest desert in the world, with a lack of rainfall that would shame some of its hotter brethren. And unlike ‘hot’ deserts, the Arctic polar desert is utterly barren, with its permanent layers of ice unable to support any plant or animal life at all. 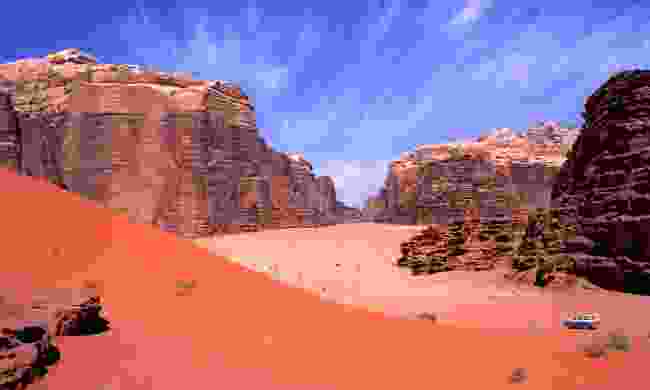 Erstwhile stomping ground of Lawrence of Arabia, Wadi Rum is is a protected desert wilderness in southern Jordan. Also known as the ‘Valley of the Moon’, it is a land of red sands and dramatic sandstone mountains and natural arches like the Burdah Rock Bridge. The caverns and steep chasms of Khazali Canyon also bear prehistoric inscriptions and carvings. 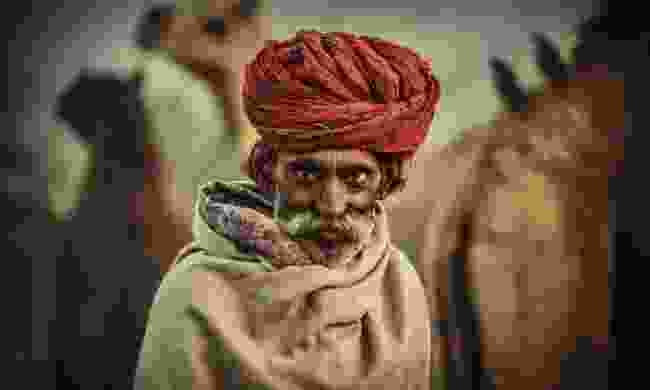 Forming a natural boundary between India and Pakistan, the Thar desert is the most populated desert in the world, with around 83 people per square kilometre. Sure, you’ll get your sand dunes, like the ones at Khuri, but you’ll also be treated to bustling rural villages, colourful desert cities like Jaisalmer, and a chaotic annual camel fair at Pushkar.