To mark International Women’s Day, we shine a spotlight on a pioneering female guide in Botswana

Girls and young women across Africa with ambitions to be a guide will be inspired by Florence Kagiso, a guide at the five-star Chobe Game Lodge in Chobe National Park, Botswana. 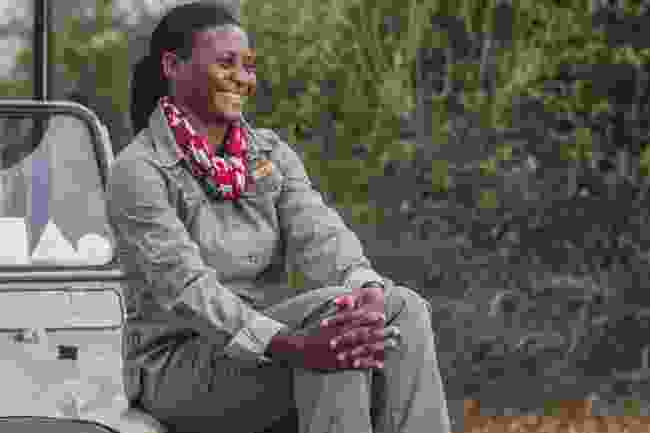 The safari operator Desert & Delta Safaris has seven camps in northern Botswana’s game reserves and national parks, and one across the Chobe River in Namibia’s Eastern Caprivi Strip. The operator employs local guides such as Florence.

Florence was inspired to be a guide by her strong mum – a single mum, who was also a farmer and carer for her two blind grandmothers. 'From a young age living in Gumare village in the Okavango Delta, we used to live among wildlife in the farms,' Florence explains. 'My mother and my grandmother were farmers living off the land and we would regularly encounter wildlife such as elephants. I remember even as a young girl how we were taught to always ensure we were downwind from elephants. That way we would avoid detection and confrontation with these animals. They taught me how to respect and live with animals. That made me want to be like them, to teach people how to appreciate nature and live with it peacefully.'

Florence obtained a driving licence for game drives and river cruises back when the guiding industry was considered a man’s job. Spending hours in the bush, changing tyres, driving through rough terrain and navigating river cruises was not considered a suitable career for women.

'I conducted a guiding course with several other women and I was determined to become a fully experienced safari guide after receiving my qualifications,' Florence explains. 'If I think back, I didn’t know someone, especially a woman, could be a guide. It was only once I studied and was older then I learned I could work in the bush, earn money and teach people about the nature I loved.'

In 2004, Florence joined Chobe Game Lodge’s team of 12 all-male guides, becoming one of Africa’s first female guides, and one of only 10 female safari guides in Botswana. 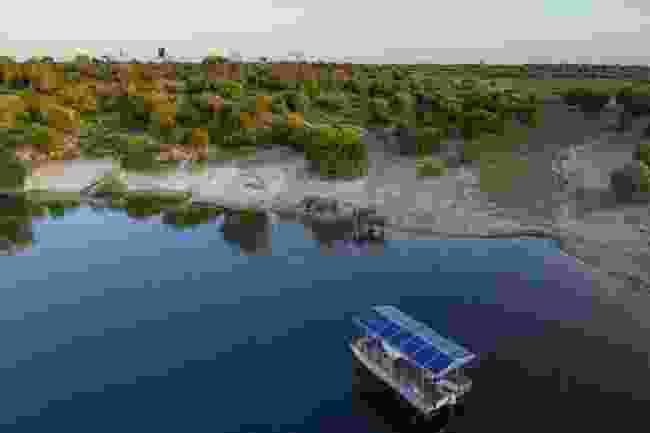 Thanks to Florence’s pioneering courage and tenacity, a year after she joined the lodge Desert & Delta Safaris employed three more female guides.

The female trailblazer now leads Africa’s first team of all-female guides at the lodge. She is also an integral part of Desert & Delta Safaris’ management group, half of which is made up of women to balance the male-dominated tourism industry.

The 17-strong team of female guides are also mothers, so Desert & Delta Safaris offers maternity leave and longer home visits so they can spend time with their families while maintaining a career and acting as role models for young girls across Africa.

'At first we always had to do better than male guides,' explains Florence. 'I remember having to find more animals, know more facts, change a tyre faster. You have to be better. You are coming from a difficult place, if you fail the people who doubted you will come back and say we told you so! So we have to be the best we can be always. But now days it is much better, we have proved that we are capable and the men respect us more as guides. We work together well. Especially in an all-female team of guides, we work together and there is not so much pressure to prove yourself. But I still think in the world we need to see more women in positions of power. Like us here in the lodge, we have strong women making the decisions and we are very successful, we need that everywhere.'

Wander Women: 13 incredible female travellers and the destinations that inspire them

8 record-breaking female explorers who changed the world of travel