A sailor's guide to celebrating Christmas at sea

While Jamie will be celebrating the festive season in Thai-style on the island of Phuket, I've flown home to the UK to care for my dear old mum. Since starting this life afloat, we have celebrated Christmas and New Year's Eve in some exotic locations: Turkey, Greece, Egypt, India, Malaysia and Thailand have all had their charms. This year is the first we will be apart. Here's a memory of one of the best.

After a difficult and unexpected crossing of the Indian Ocean in 2013 we were ready to party, and the tax-free island of Langkawi seemed like a pretty good place to find some action.

Rebak is a private island owned by the Indian hotel chain 'Vivanta by Taj'. Lying just off the main island of Langkawi, it is a luxury resort of tasteful wooden bungalows scattered through the jungle, along white-sand beaches and round the blue-lagoon swimming pool. Tourists step off superfast launches in diamond-soled slippers, while golden boys in white suits carry their Louis Vuitton luggage to air-conditioned villas.

It's also the home of Rebak Marina, where scruffy yachties who haven't had a shower in weeks descend en masse to use the facilities, get all their laundry done and make serious use of the tax-free booze in the beach bar. 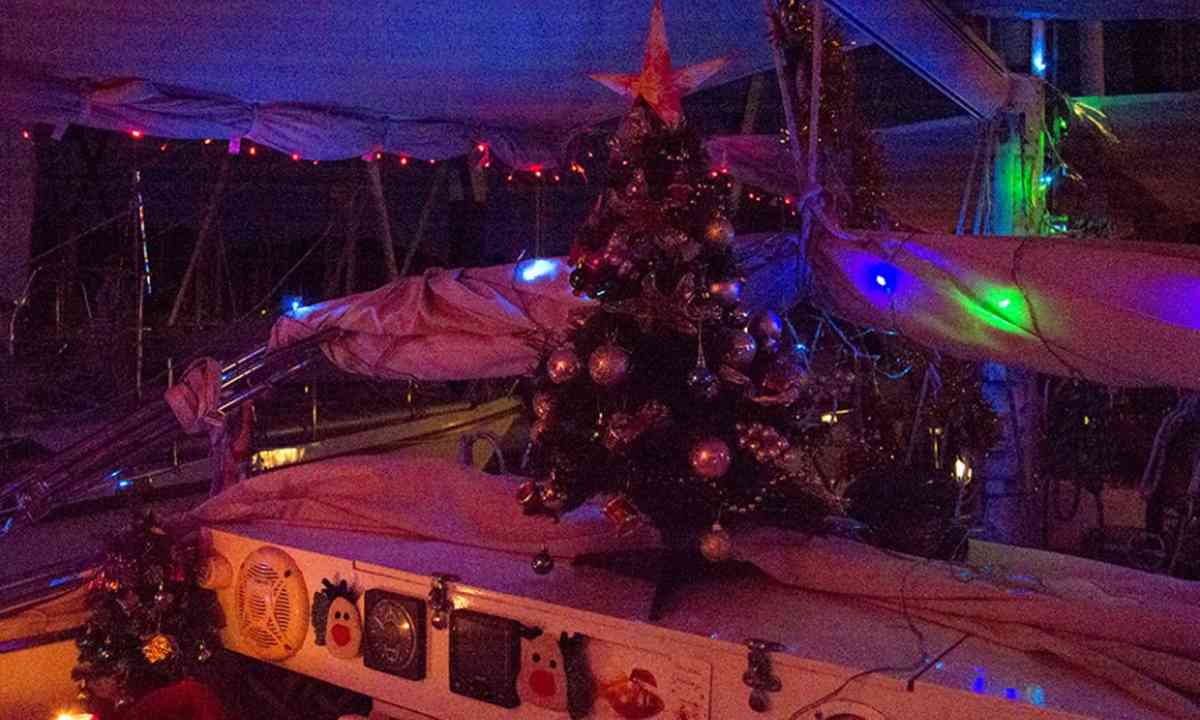 The price of keeping your boat in the marina for a week is less than one night in the cheapest bungalow, and includes free use of the pool, access to all areas and a subsidised buffet breakfast which only a hotel of this pedigree can offer. Having spent nearly three years in Kerala, we were particularly partial to southern Indian cuisine, and it was all here: idli, dosha, uppumavu, idiyappam, palappam, ada, sambar, chutneys of every description, even my favourite Indian dish of all time, meen molee. Of course, there was also the full English breakfast option or restrained 'continental breakfast', as well as mountains of plump tropical fruit.

We haven't yet got to the bottom of why the Taj does this incredible deal, but have come to the conclusion that tourists like looking at pretty boats in marinas and we were adding to the exclusive credentials of the resort with very little cost to the owners. Whatever, it was paradise on the cheap.

We found our spot, took the lines ashore, but before we got down to the serious business of celebrating, there was one job to do.  It has been an enduring theme of our Christmasses to cover SY Esper in the best of local decorations. In 2013 we outdid all previous years by discovering the most lurid and tacky bits of tinsel anyone has seen. We twirled and hurled them round the cockpit, and the addition of blinking coloured lights up the mast completed the picture. You couldn't miss her. 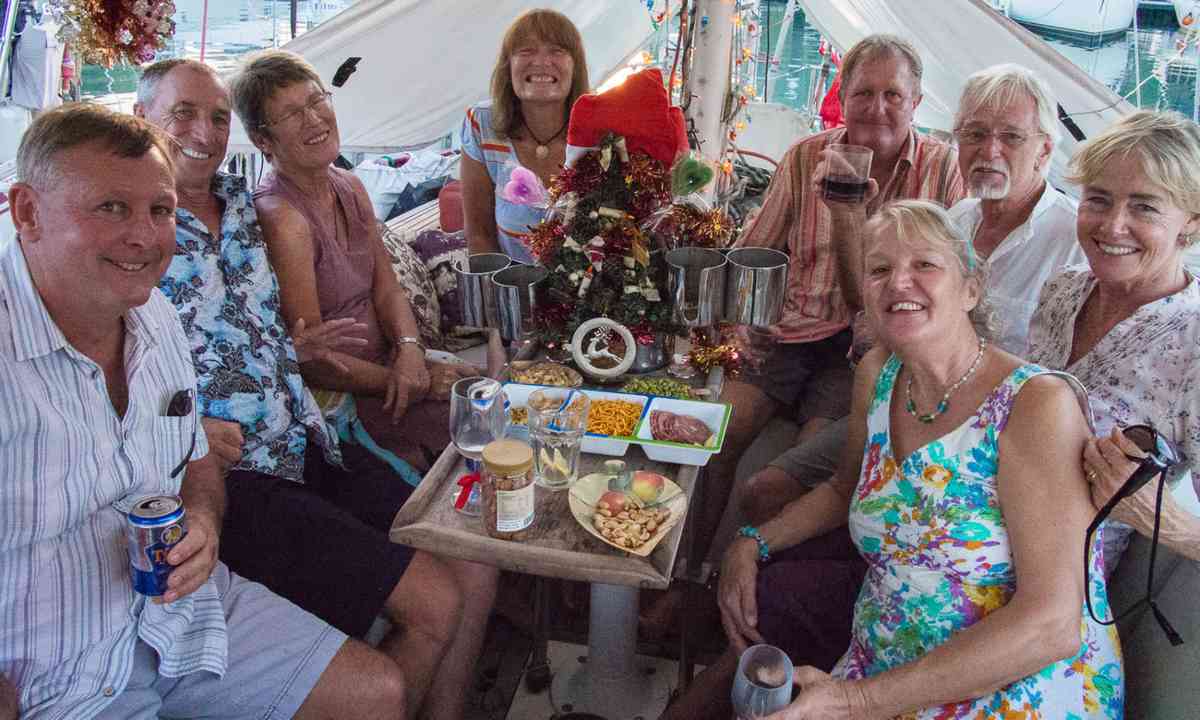 One of the unexpected pleasures of joining the worldwide cruising community is bumping into old friends as you move from country to country. All along the same pontoon were yachties we had met back back in Europe. We said goodbye to John and Cheryl of Sea Mist in Turkey 2009. They went west and we headed east. We kept in touch through our blogs, social media and by email. Five years later we were having Christmas lunch with them in Malaysia. It turned out that there were about 18 people round the table, most of whom we had originally met in the Mediterranean at one time or another.

Over the next few days, everyone hopped from boat to boat, telling tall tales of seafaring adventures, catching up on travels and the number and size of fish caught. Descriptions of favourite anchorages, the kindnesses of strangers, and (as always with yachties) where to head next was shared and discussed.

Natural nomads, we don't like to stay in one place for too long, so before the week was out, we released the lines and set off for a change of scene to celebrate new year's eve. Pantai Cenang is Langkawi's top backpackers beach. Full of bars, restaurants, souvenir shops, dive centres and $2 rooms, it was exactly what we craved after all that Christmas luxury. We dropped the anchor and headed to shore. 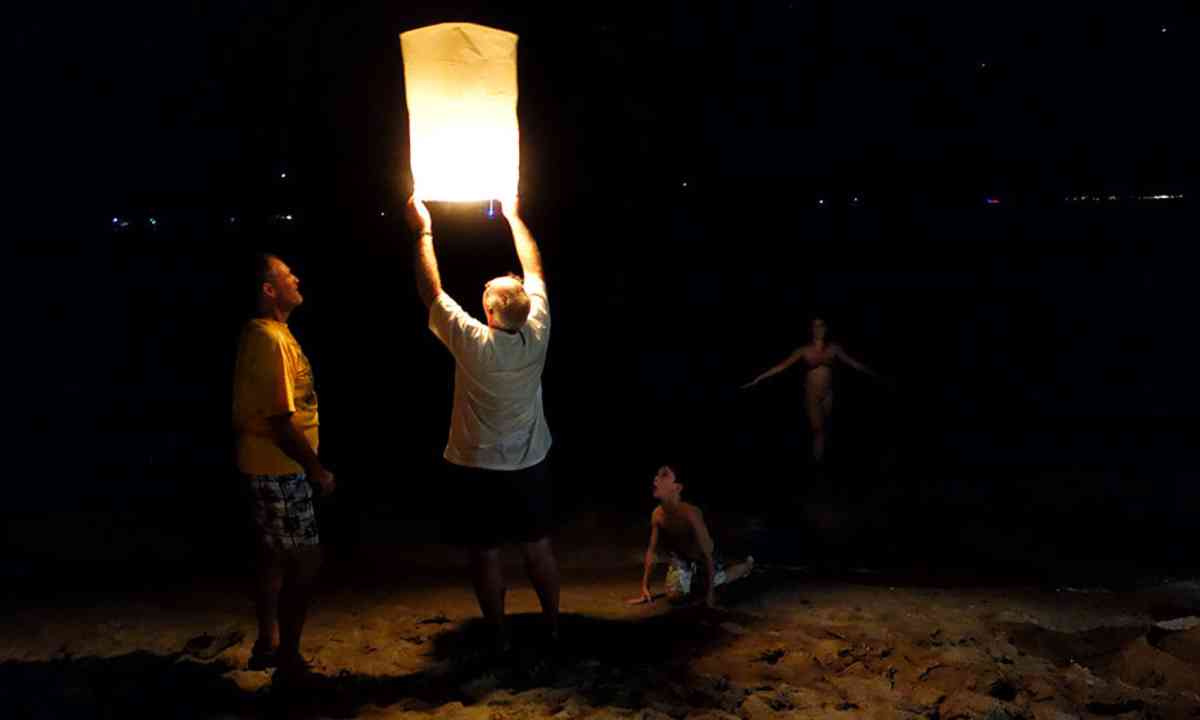 As the sun went down, Esper's twinkling Christmas lights drowned out the sensible anchor light. We found our favourite bar, kicked off our shoes and settled in. The music ramped up –a mixture of reggae, the Eagles, some techno and a bit of rock – and people poured onto the beach. At midnight paper lanterns began to be handed around the crowd. The music softened and one by one we lit our lightweight lamps, setting them off on the wind to be carried out to sea.

This tradition comes from Thailand, where 'Loi Krathong (the festival of lights) is celebrated on the evening of the twelfth lunar month each year. In the south they launch floating lanterns in any available stretch of water. In the north the festival is called Yi Peng, and the lanterns are launched on the wind instead of water. The festival is designed to wash away misfortunes and bring luck. Like many Asian traditions this one has been appropriated by the tourist industry which has introduced the use of these flying krathongs to mark the western new year.

We watched our lantern rise high into the sky where it joined thousands of others. One by one the lights burned out. As the hot metal frames fell into the sea, we made wishes, hugged each other and danced. While most of the crowd continued to celebrate with abandon, only we yachties could be seen nervously scanning the sea for flaming decks.

Writer Liz Cleere and photographer Jamie Furlong are travellers first, sailors second.Their blog, Followtheboat, is a travelogue about two people and their cat Millie sailing around the world in a non-specific zig-zag. They also publish video diary updates on Patreon and YouTube every week.