COVID-controlled and an open option for UK travellers, the Portuguese island of Madeira is your best bet for a nature-packed, winter sun escape…

One of the best (and only) quarantine-free places UK travellers can visit for some autumn or winter heat, Madeira is undoubtedly having a moment in the sun.

An autonomous Atlantic region of Portugal set over 1,000km away from the mainland, its key restriction for travellers is a COVID test on arrival, the results of which are sent to your email 12 hours later. Travel in the late afternoon or evening, take your test, isolate while you sleep, awake to your result. Then, you can set off and explore. 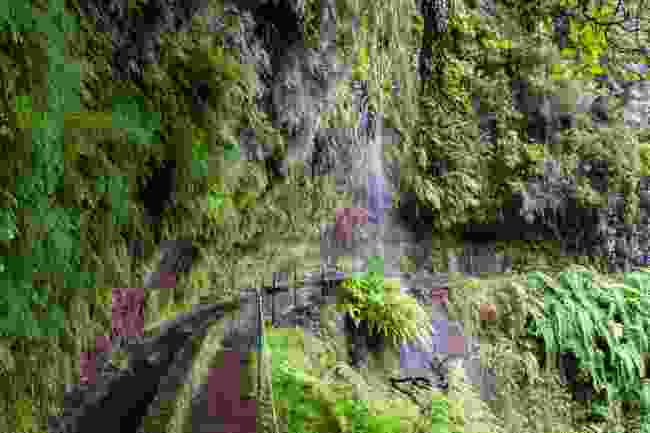 Trail at Levada Do Rei through an ancient laurel forest, Madeira, Portugal (Shutterstock)

Levadas form Madeira’s unique water irrigation system. Though immediately you may not be awestruck by the concept – developed on the island when the drier southern parts of the island required water from the north – they’re actually rather interesting.

These slim, open-air channels have been dug into the ground since the 16th century, with some built as recently as 1940. Each channel carries flowing water around the island. Today, walking alongside one, on a designated trek, is considered a must-do while you’re in Madeira.

Perhaps one of the best-known is the Levada do Rei walk (also known as PR18 – each walk has its own code). The 11km trek takes between three to four hours, and this, unlike others, is a completely linear route, meaning you’ll be turning back on yourself to get back to your starting point. On the Levada do Rei, you’ll reach dizzying heights (watch out for altitude sickness), stand close to clouds, admire endless, rich green laurissilva forest, walk under a waterfall and navigate some tight tunnels.

Other options include the moderately difficult PR6 Levada das 25 Fontes, starting in Ribiero Firo (and perhaps the best-loved of all levadas), or PR10 Levada do Furado, another moderate 11km walk which ends with a dazzling descent into Portela village. 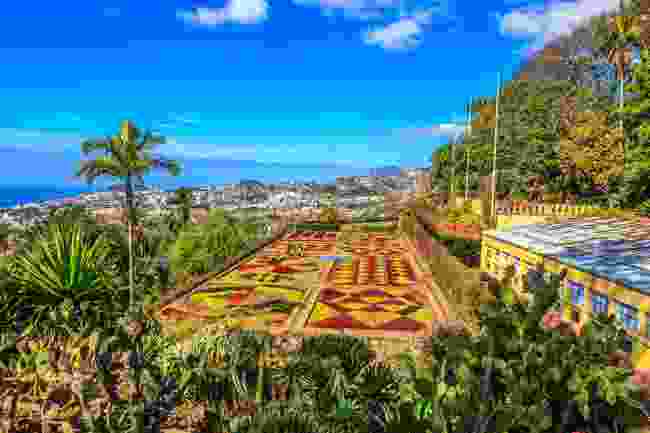 The impossibly picturesque city of Funchal will often be the first port of call: the only airport on the island is near the city centre, the runway seemingly hanging off the edge of a cliff. Surrounding it are towering hills covered completely in orange-roofed houses. It’s quite an overwhelming first-look.

Wandering around (and hopefully, staying in one of its boutique hotels) and you’ll quickly discover plenty of wonderful things to see and do. The first, and most obvious, being Madeira’s premier botanical garden – small in size, but dramatic to view, particularly from a height, where its green-and-purple flora display leads on to a dramatic view over the island. Santa Catarina Park and Monte Palace Madeira also offer the chance to see art, nature and design combine.

Once you’ve paid a visit to Funchal Market, its famous cathedral, ridden the cable car and strolled down the pleasant and colourful Rua de Santa Maria you’ll probably be exhausted. If you’ve time, visit the Cristiano Ronaldo Museum – the island-born footballer may as well be Madeira’s patron saint, at this point. Rest up, and drive 35 minutes or so to Pico de Arieiro, the highest peak on the entire island. 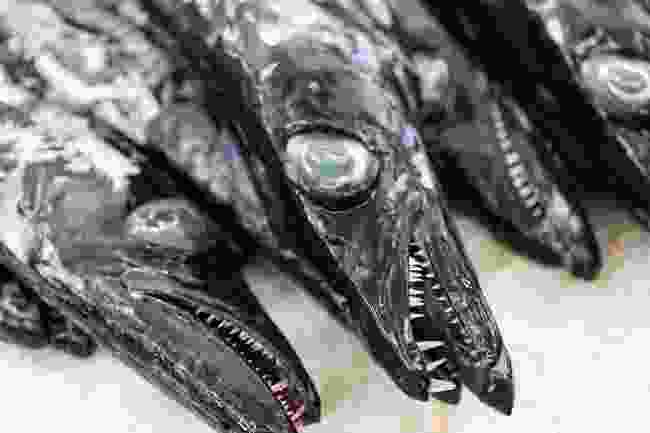 With mainland Portugal visits off the cards (unless, of course, you can meet the necessary criteria for visiting), you’ll be pleased to know that the petite custard tarts (pastel de nata) Portugal is so famous for are a dime a dozen in Madeira.

Though don’t just expect a re-hash of your faves from Porto, Lisbon and other parts of the mainland. Madeira has a cuisine all its own. Most famously, it's known for its seafood. Traditional (and at times a little unexpected) tuna and cod dishes are easy to find in restaurants, though keep your eyes peeled for the regional delight, black scabbardfish (espada preta). See if you can sample the classy Madeiran take on fish and chips using black scabbardfish. Quinta do Furao does it very well.

The ‘national dish’ of Madeira (if an autonomous region can have a ‘national dish’) would be espetada, large chunks of meat cooked on skewers with salt, garlic and bay leaves. For something a tad sweeter, expect to see plenty of banana and purple passionfruit on the menu. Trees for both can be spotted across the island, so you can expect high quality.  One dish that might not be to everyone’s taste, though is a thin tomato and onion soup – with a poached egg served in the middle. Certainly worth a try! 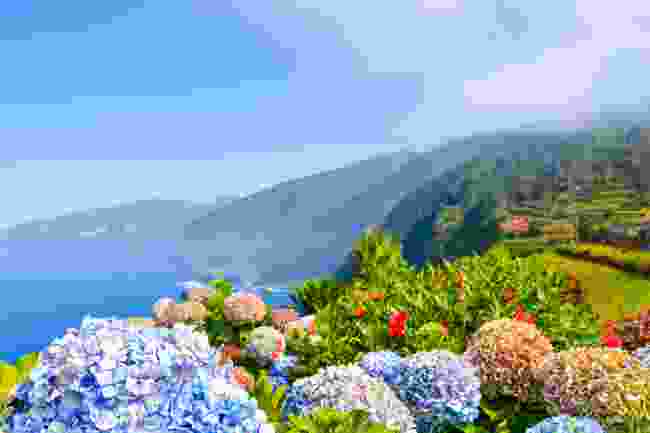 Southern areas of Madeira are known for their favourable weather (it tends to be a tad warmer) and picturesque villages. Ponta do Sol immediately springs to mind. In addition, it’s easy to reach Funchal, the capital.

Things feel much more rural in the north, unsurprising given that there are more locals living in the south. That doesn’t mean there isn’t plenty to do – far from it. Porto Moniz and its famous natural swimming pools, formed from lava, can be found in the north – as is some of the best whale watching off the Machico Marina.

Casas Típicas de Santana – traditional, triangle-shaped houses with thatched roofs, often painted in bright colours – can be found in Santana, a region not too far from Pico Ruvio. And tiny Prazeres, home to approximately 700 people, is well worth a visit for its peacefulness and the gorgeous views.

Locals in the north are just as warm and welcoming, though you may want to pick up a few Portuguese phrases to help you get around.

5. The potent poncha (and sweet wine) 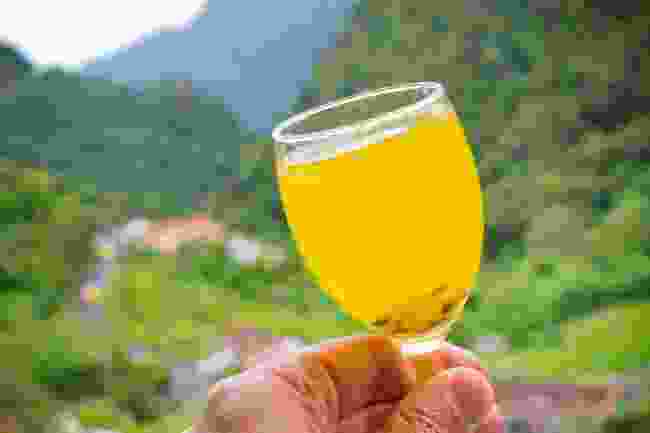 Poncha! What a name for the local tipple, to start. Madeira’s must-try drink is mighty strong, made with aguardente de cana, a distilled drink made with sugar cane known for its 50% alcoholic volume. It’s also incredibly tart, with lashings of honey, lemon juice and sugar mixed in.

Its strength and sweetness make it easy to sip it down slowly. Do just that or else it’ll go straight to your head. If you can, try poncha at a traditional bar (look for locals, not tourists), which is often served with nuts.

Of course, if poncha punch sounds a little too intense, consider sampling Madeira’s sweet (but not nearly as strong) fortified wine instead. If you prefer a drier drink, wine from the mainland is readily available in bars and restaurants, too.