It’s a Belizean dilemma. Nature or culture? Do you swim with turtles over reefs or sit under the stars in a Garifuna drum circle? In truth, it’s no choice. Belize offers both from the minute you arrive...

It’s a Belizean dilemma. Nature or culture? Do you swim with turtles over reefs or sit under the stars in a Garifuna drum circle; walk jaguar-roamed jungles or climb Mayan pyramids? In truth, it’s no choice. Belize offers both from the minute you arrive...

Immerse yourself in nature Divers can expect to see turtles

Belize squeezes a continent’s worth of natural wonders into an area a third of the size of Ireland. With its head in Central America’s mountains and its toes in the Caribbean Sea, the country is an ecological cornucopia with landscapes ranging from savannahs and mangrove wetlands to rainforests and coral atolls. There are 94 protected areas and six internationally recognised Important Bird and Biodiversity Areas (IBAs). Belize’s wildlife-watching, diving and adventures in nature are truly world-class.

In the northern Orange Walk and Corozal districts, steamy rainforests bristling with ancient Mayan pyramids run to coastal wetlands that hide American crocodiles in creeks and turtles nesting on beaches. At Chan Chich or Lamanai, hike from your luxurious room-in-the-wild through jaguar-roamed forest to the top of Mayan pyramids for a view of the sun sinking over a seemingly limitless expanse of trees. 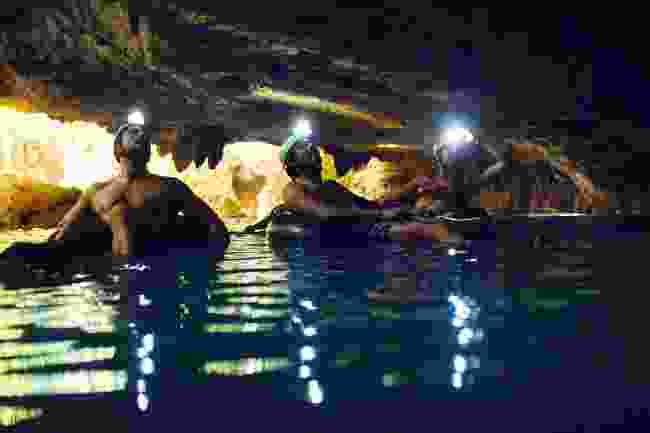 Exploring the flooded caves by tubing

Further south, caves pock the mountains of Cayo district, including Actun Tunichil Muknal, where a clear river runs into a cavern glittering with flowstones and littered with pre-Columbian artefacts. Wade in on foot or go cave-tubing to drift under the stalactites.

Cayo’s cool mountain pine forests are filled with rare birds including ornate hawk eagles and motmots, and cut with rushing rivers that drop over plunging waterfalls to steamy rainforest. The Macal and Mopan valleys are the place for light adventure here – from horseback riding to zip-lining through the forest canopy or waterfall-rappelling. 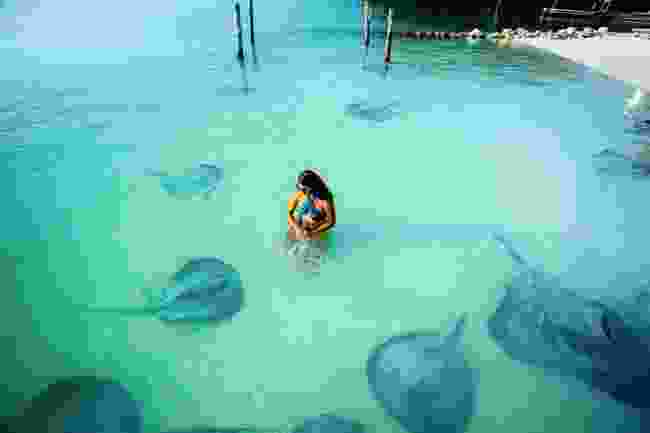 The Belize, Stann Creek and Toledo districts are fringed with long, white beaches, mangrove forests and wetlands. The sea is glass-clear and from coral cayes such as Caulker and San Pedro, you can snorkel right off the sand over reefs rippling with life, or kayak over manatee-grazed eel grass beds. Where the water turns from turquoise to open-ocean-blue, the largest proliferation of atolls in the Atlantic rise from the deep. In Turneffe atoll, bonefish and tarpon teem over the sandy flats of a vast lagoon. Glover’s and Lighthouse atolls are great for diving and are so wild and remote from any city lights that the Milky Way can clearly be seen.

Immerse yourself in culture 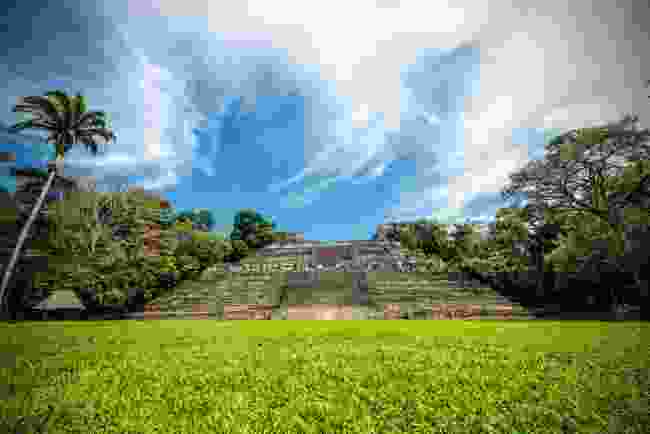 Caracol is one of the best preserved Maya sites in Belize

Belize’s Mayan ruins are myriad and magnificent, and unlike Chichén Itzá in neighbouring Mexico, they’re not bus-load-busy. On an early morning visit to Caracol, sitting in lowland rainforest in Cayo district, you will share towering temples and ball courts with more howler monkeys than people. And even though it’s a stone throw from the lively town of San Ignacio, a visit to the ruins of Xunantunich always feels tranquil: as you drift across the Mopan River on a hand-cranked ferry, brilliant-blue, handkerchief-sized Morpho butterflies float out of the forest. Wandering the plazas and climbing the thousand-year-old pyramids, the loudest noise is the trill of tanagers in the trees.

Further south, traditional Mayan culture is still alive in Toledo district, where the sound of traditional marimba music drifts from Qʼeqchiʼ and Mopan villages, and the locals wear brightly-embroidered huipil shirts, as they have done for centuries. This is where Belize’s chocolate comes from and you can learn how to harvest it – plucking the fruits, roasting the cocoa beans over a Mayan hearth and savouring the final product. 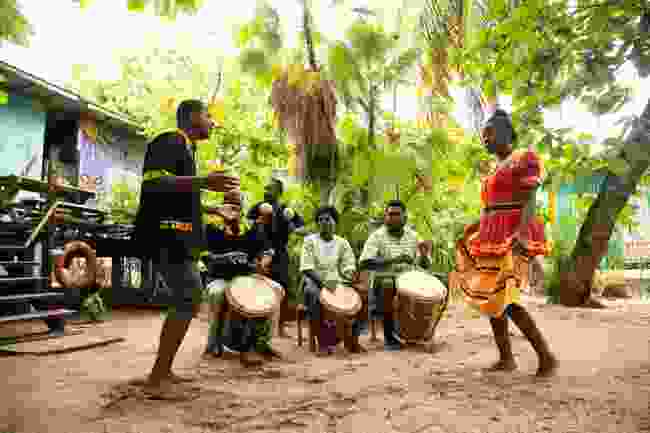 On the coast where Belize was born, the culture is Afro-Caribbean. Loggers from Jamaica landed to harvest dye-wood around Belize City and Burrell Boom in the 17th Century. Their descendants built the stately wooden houses that fringe Belize City’s waterline and the Cathedral Church of St John the Baptist – from ballast brick, mahogany and scented sapodilla wood. In 1802, just to the south in Dangriga, African fugitives from slavery known as the Garifuna, fled the Caribbean islands and the British to make Belize a home. Every November a lively festival celebrates the event. Garifuna bands from all over Central America play on the stages, and drums echo along the beaches in Dangriga and neighbouring Hopkins long into the night.

Over on Belize’s islands, life is as laid-back as a margarita at sunset. At Caye Caulker, reggae oozes from beach-shack bars, and locals serve spicy lobster with beans and rice in shutterboard-fronted restaurants. San Pedro village on neighbouring Ambergris Caye offers low-key luxury. Boutique hotels with palm-thatch roofs overlook the ocean, candlelit tables sit under the casuarinas and coconut palms, and the culture is Spanish-tinged – reggae mixes with reggaeton, soca with salsa, and you’ll soon slip into the rhythm of life here.

Whether you choose to explore the culture, wildlife, or a combination of both, you’re in for a real adventure in diverse Belize.