England, Scotland, Wales and Northern Ireland all have claims to be different and distinct. Taken as a whole the United Kingdom contains more heritage, per square mile, than any other nation, tracts of stunningly beautiful countryside, a coastline to die for and some of the most vibrant, multicultural cities on the planet.

London is the usual gateway, and there's enough here to keep you busy for weeks. The Tower of London and St Paul's Cathedral are obvious highlights, and there are always huge queues outside Madame Tussauds' though it's not immediately obvious why.

The city of Bath is the second most visited city in the UK, a mellow city built from quarried stone. This is a refreshing relief from the buzz of the capital and far more compact: it's eminently walkable.

It's hard to choose amongst the country's attractions. Within easy reach of London the city of Oxford is more than just its famous University: it's a beautiful city of golden stone. Cambridge also has its granite charms, but is best explored by bicycle - it sits on a plain.

Head west to Dorset, Devon and Cornwall for spectacular coastal views, and edge up into Wales if you want them to yourself. Visitors don't often target the cities in Wales: it's best known for its wild and beautiful interior and wild an undeveloped coast.

The White Cliffs of Dover are seen at their best from the sea, but Kent is known as 'the garden of England' for good reason: pretty villages and rolling countryside is manicured to perfection.

Head north and the countryside opens into meadows dotted with villages, castles and stately homes. The Lake District, immortalised in poetry over the centuries, lives up to its image, and you can escape from the rambling hordes by setting off for a challenging hike. Edinburgh is the capital city of Scotland, dominated by the castle at it heart. It comes to life every summer for its world-famous comedy festival.

Northern Ireland is centred around buzzing Belfast: it also has castles galore and the huge hexagonal stone columns of the Giant’s Causeway.

That is just scratching the surface of this great destination. The only way to discover which parts to see is to visit yourself. Get packing!.

If in London for more than a day or two, invest in an Oyster travel card for substantial savings on underground (subway), bus, and train fares in the capital.

Remember to stand on the right on escalators – or risk an angry tutting from commuters in a hurry. To find unusual or historic holiday accommodation, try the Landmark Trust. 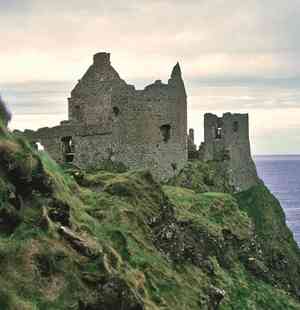