Demand a deserted tropical beach all to yourself? Done. Want rainforests, mountains, ancient tribal villages and terraced rice paddies? No problem. Won’t leave the house for anything less than world-class diving? Sorted.

Made up of more than 7,000 tropical islands, off-the-beaten-track Philippines is the second-largest archipelago in the world and has the answer to any travel diva’s most outlandish demands.

Most journeys start at the capital, Manila, on the main island of Luzon. This is the oldest city in the archipelago, with the historic centre usefully bounded by ancient city walls in the Intramuros area, with glimpsed sea-views from stone-built churches. The world's oldest Chinatown is found in Binondo, once-infamous Malate has descended into seediness while modern Manila's commercial centre of gravity has shifted a taxi-ride away to the Makati district.

There's plenty to see on Luzon itself. Highlights include the Unesco-registered rice terraces at Ifugao, Mount Pinatubo and the picture-poscard crater of Taal Volcano. There are also plenty of beach resorts catering for city-dwellers seeking escape but if a Bounty-advert paradise is what you're looking for it's back to the airport for an internal flight, or do as the locals do and head for a port.

Ferries reach out to the main island groups. Closest is Mindoro, with low-key beach-hut resorts lining endless beaches and a jungled interior hiding indigenous tribes, but it's also got some of the archipelago's best diving, with Apo Reef internationally renowned.

Palawan stretches out across the Sulu Sea and is famous for its exotic wildlife, descendants of escapees from a zoo project that foundered in the heat, but it's also home to the Bacuit Archipelago of small islands, paradise for millionaires and backpackers alike.

Most of the central islands are known as the Visayas. This is where you'll find the famous party beaches of Borocay, consistently voted the best in Asia, the country's second city, Cebu and the humped 'Chocolate Hills' of Bohol Island.

Finally, there's Mindanao, the second-largest island of the archipelago, including the island of Camiguin, where there are more volcanoes than towns, and Samal, with bat-filled caves and atmospheric dive wrecks.

Few direct flights from Europe have kept mass tourism at bay, but that can't last forever. The time to visit the Philippines is now.

Standards vary widely on the live-aboard boats that take divers to the more remote diving sites. Few vessels meet required safety standards so check very carefully that the boat you board is safe and seaworthy before you part with your cash.

Travel in the Philippines: vital statistics

When to go to the Philippines

October to April is the dry season: the best time to visit. Sunny and dry, with temperatures reaching 35°C-plus in March/April; the mountains can be 10°C cooler. This is peak season for diving as summer’s cyclonic conditions can affect visibility. Whale shark watching season at Donsol runs January-May. In May, Flores de Mayo fiestas are commonplace across the country. May to September is the wet season: humid and hot. Regular tropical downpours can cause road closures, but travel is still possible. Cyclones are a serious risk July-October.

Getting around the Philippines

Private bus companies leave from stations in Manila or can be hailed from the highway between cities. In Manila many of the main tourist locations are linked by the underground Metro and Light Rail Transit. Ferries vary hugely in quality but most services around the southern Visayas from Cebu City are well maintained seacat-style vessels. Internal flights are good value.

Standards vary widely in the Philippines so always have a good look round before you take a room. ‘Hotel’ is an all-encompassing term in the Philippines, covering everything from shabby crashpads to 5-star luxury empires. Beach resorts range from one-room cottages to private atolls with on-site health spas. Campsites and hostels are few and far between and there is no official list of homestays. However, ask around if you get stuck in rural areas – there’s usually someone who’ll put you up for a few hundred pesos.

Filipino cuisine can seem a little lacklustre on first inspection, yet its unending variety of fresh fruits and salty sauces soon grow on you. Filipinos eat a lot of meat and fish; rice and noodles are the main staples. The national dish is fish, pork or chicken cooked adobo style – stewed in vinegar and garlic. In Manila try lechon (spit-roasted pig) and avoid balut  (about-to-hatch duck embryo, boiled in its shell). Seafood is freshest at dampas – fish markets where you choose the catch and watch as it’s cooked there and then. Kinilaw is a raw fish ceviche (marinated in vinegar). Tropical fruits provide abundant blended fruit shakes such as buko (coconut juice). San Miguel is the national beer.

Health & safety in the Philippines

Mountain or volcano trekking is hazardous during the wet season because of landslides. Vaccinations for water-borne illnesses such as typhoid should be up to date and dengue fever can be a problem – speak to your GP or travel health clinic well before departure, and take precautions to avoid mosquito bites. Malaria is a threat in certain locations, so seek advice on prophylaxis before travelling. 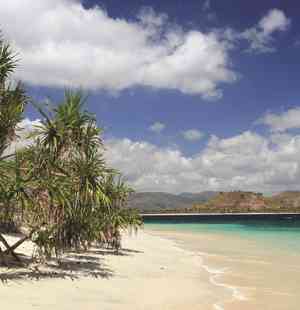 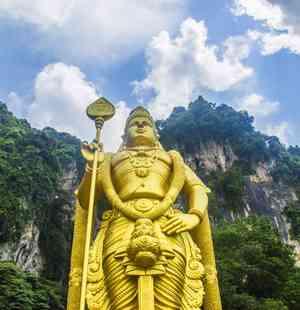 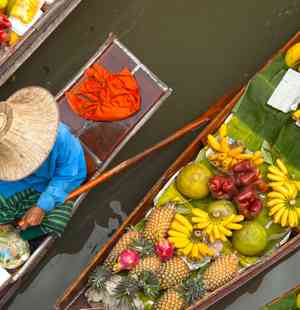