Mauritius boasts some of the most dazzling beaches in the world. Renowned for its clear blue waters and white sands, beaches such as Belle Mare and Trou aux Biches make Mauritius a haven for sun worshipers. But if you’re after more than just sun bathing, you’ll be surprised by how much the island has to offer.

Part of the Mascarene Archipelago, the island’s nearest continent is Africa. Its 160kms of coastline is almost entirely surrounded by coral reefs making for spectacular snorkelling. Almost every kind of water-based activity imaginable is here and diving is a big draw card with highlights including the waters off Rodrigues Island as well as Blue Bay and Elic-en-Flac on the mainland.

Inland Mauritius is made up of lush forests and impressive mountains, and the Black River Gorge National Park is a great place to hike. Colonised by the Dutch, French and British and with a population made up of Indian, African, European and Chinese decent, the island is a mixing pot of cultures. This has given Mauritius a rich and varied history and a plethora of cultural and historical sites to visit.

Testament to this is the country’s bustling capital city Port Louis, with its famous central market, Chinatown and colonial buildings the city is a great introduction to this small but diverse country.

Mauritius offers some great hikes. Most are in the Central Plateau area around the Black River Gorges National Park, but hiking on Lion Mountain, north of Mahébourg and on the east coast of Rodrigues island is also recommended.

When to go to Mauritius

Mauritius is blessed with warm tropical weather year round. The best times to visit are between May and early December. January to March is the peak cyclone period and best avoided at this time of year.

Mainland Mauritius only has one airport. There is a domestic airport on the island of Rodrigues. Flights between the two islands operate daily.

Two ferries operate services between Mauritius and Rodrigues. The trip takes 36 hours and they sail four times a month. Book ahead as the service is very popular.

The easiest way to get around the island is by car. Drivers must be over 23-years-old. The bus service is great for those on a budget, which is  cheap, frequent and comprehensive. Cycling is OK for short distances, but the island is too big to cover by bike and there is a lot of traffic.

Rice, noodles, fish and seafood infused with a mix of Indian spices are the staples in Mauritius. The cuisine has strong Indian, Chinese, French and African influences, which make for a rich, diverse and utterly delectable dishes. Spicy seafood carri (curry) served with mines (noodles) is a popular dish. The national drink is rum and the national beer is Phoenix.

Mauritius is very safe with no specific dangers. Petty theft is not a major problem but don’t leaving valuables unattended on beaches. Health care on the island is generally excellent.

Take sun cream and insect repellent, as mosquitoes can be a problem. Tap water is safe to drink. 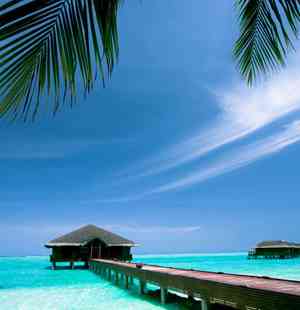 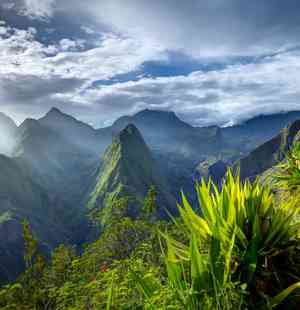 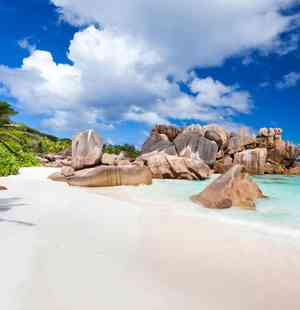