Since the days of the Roman Empire, Italy has been at the forefront of Western civilisation, a cultural powerhouse and energetic innovator. It's also stunningly beautiful, with the mountains of the Alps and the Dolomites to the north and the cones of Stromboli and Etna in the south - though the iconic images of the country are usually the rolling landscapes of its Tuscan heartland.

From the great Renaissance city states of the north to the rugged, sunblasted provinces in the south, it encompasses tiny, postcard-pretty villages, wild national parks and the 'eternal city', Rome.

Want beaches? Take your pick from over 9000km of coastline, with beaches ranging from the tiny coves of the Quinqueterre to the boulder-strewn white sands of Sardinia, lapped by turquoise waters.

Want mountains? As well as the Alps, there are the exceptionally beautiful sheer cliffs, glaciers and karst systems in the Dolomites and, running the length of the country like a spine, the Apennines.

Want culture? Italy has more Unesco-listed culture sites than any other nation.There are Roman ruins, majestic public buildings, domed churches and, of course, the famous Leaning Tower of Pisa. Italy's ancient towns and cities are still thriving, lively places: see them at their animated best each evening, as the locals take to the streets in their finery for the daily passagiata.

And if wilderness is what you’re after, Italy’s got national parks aplenty, many of which you can hike through for days without seeing another soul. The most well-known – Abruzzo National Park – is a haven for nature-watchers with opportunities to spot bear, wolves and wild boar and a great place to explore.

As if this wasn't enough, it's backed by Italy's legendary cuisine. With the best food and drink in the world, this is one country that it's a pleasure to explore.

If you’re planning to visit a church make sure you dress respectfully. This means no shorts for men or women. Shoulders should be covered. You may be asked to leave the building during services if you are not taking part in them. If you are allowed to stay, keep voices lowered and avoid flash photography.

Holly Gurr on the one thing she wished she'd known on her arrival:

"Italians like to drive fast. Very fast. Both pedestrians and car-hirers need to take extra care as roads can be both hair-raising and heavy with traffic."

"Service charge is usually automatically added into your bill but there's also something called a 'coperto' which is an extra charge on top of your bill and tip for using sit in services. It charges for the tablecloth and silverware etc and can be quite hefty. In touristy areas restaurants will usually advertise if they don't use this charge; make sure you ask to avoid nasty surprises."

"Many historical points of interest are also religious areas so you won't be allowed entry if you're not covered up. Bare legs and shoulders are the usual offenders and while forgetful travellers can buy scarves in the street, they can be quite pricey."

"Siestas actually happen! Even busy centres like Verona and Milan get a little sleepier in the early afternoon as shops shut for lunch. Most restaurants and bars will stay open but don't be surprised to see retail outlets closed for a couple of hours."

Daisy Cropper suggests what you need to know before travelling to Italy:

"Travelling without a ticket on the train would land me a €20. Don't board a train without one. And make sure you get it validated – this can also lead to a fine."

"Wild camping is tolerated by farmers. The first night of our trip to Tuscany was in a really horrible campsite (like something from a horror movie), second a beautiful, isolated field. Just camp somewhere you won't be spotted from the road." 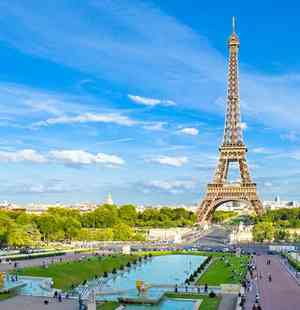 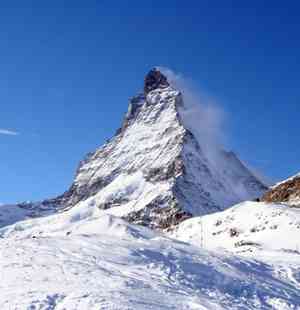