Discover Greece: A land of culture beyond its capital

Known for its history and archaic structures, Greece is also home to an abundance of culture beyond its capital. Explore the rural north or soak in the sun on the Aegean isles for an authentic experience 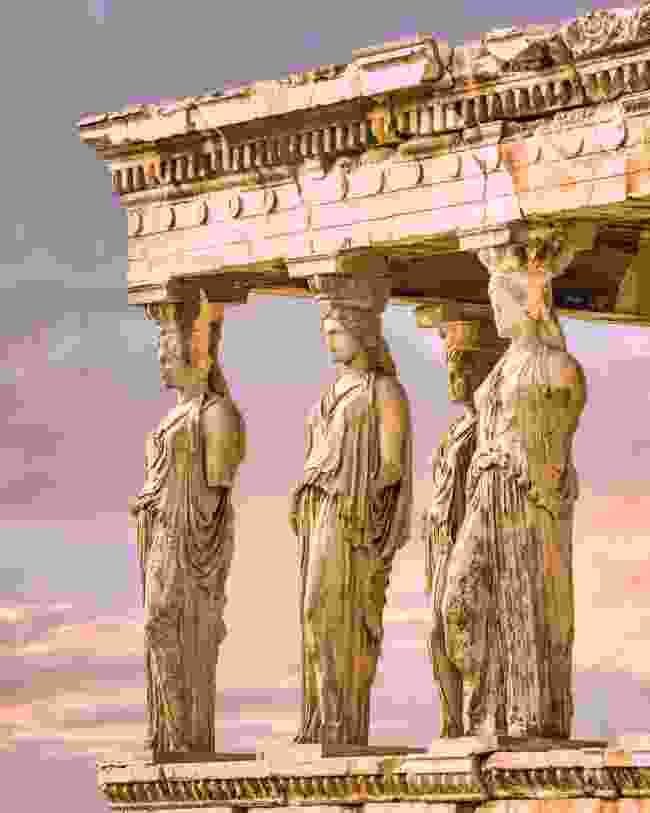 Karyatides statues on the Acropolis in Athens (Shutterstock)

Greece has a distinguished history to rival that of any country. During the classical age (6th-4th century BC) its scholars, philosophers and architects bestrode the world and built its wonders. A few millennia on, remarkable monuments fleck the Greek landscape like ancient confetti, each one capturing a different era or influence, from antiquity to the Byzantine era (330-1453 AD) and beyond.

These days, we're well versed in the ruins that liberally pepper cities like Thessaloniki and Athens. Yet head to the country's less-trod regions and islands, where age-old traditions and architecture still dominate, and there's just as much to discover. It's not all ancient relics, however, newer cultural experiences such as opera halls, theatres, museums and other cultural venues are gaining prominence, too. So whether you love roaming ruins or taking trips to the theatre, there's ample opportunity to delve into the bottomless well of Greek culture. 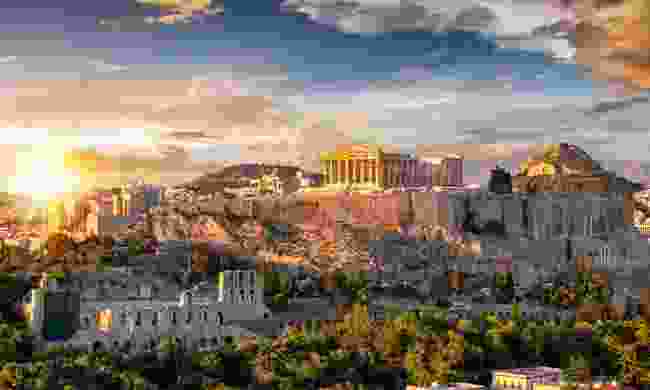 When it comes to ancient wonders, Athens is truly spoilt, with many regarding the Greek capital as the cradle of Western civilisation. It's certainly hard to argue with its wealth of ancient architecture, especially when everywhere you turn, you can't fail to see the impressive Acropolis citadel looming large over the city. 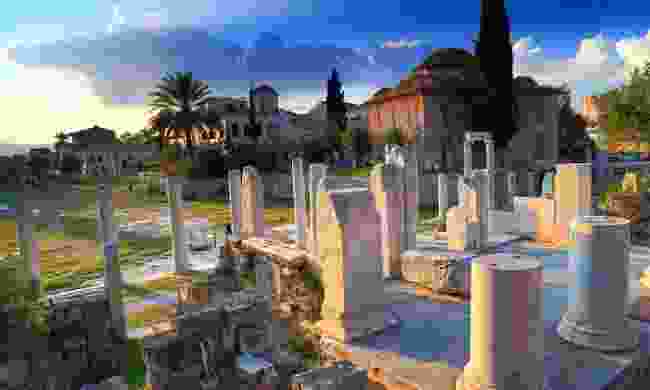 The the crumbling Agora ruins (Shutterstock)

Perched on a rocky outcrop, it's Athens' signature sight, and those who climb up the rugged face are rewarded with a close-up view of its crowning glory, the magnificent colonnaded Parthenon. But even at the Acropolis' base, there are sights to be found. Here, the crumbling Agora ruins were once the heart of ancient Greek life, a bustling marketplace where the likes of Plato and Socrates once socialised. 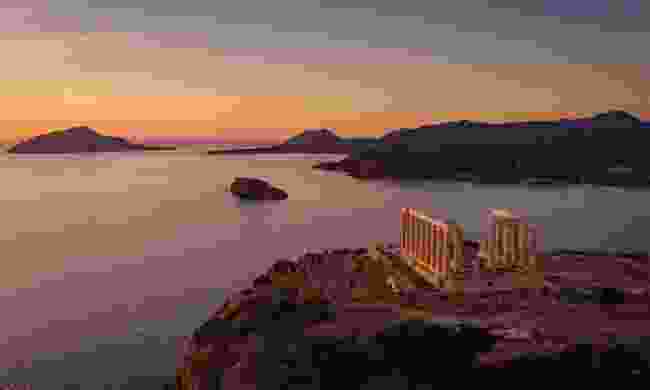 The marbled Temple of Poseidon (Shutterstock)

More of classical Greece lurks beyond Athens. The marbled Temple of Poseidon stands tall over Cape Sounion, while the ruined cities of Ramnous and Eleusis also lie nearby. Another easy day trip is Marathon, the site of a legendary battle where the Greeks, some 10,000 Athenians and 1,000 Plataeans defied the odds to defeat a 25,000-strong Persian army. Two burial mounds - Tymvos Marathonas and the Mound of the Plataeans - remain to mark the conflict's legacy. 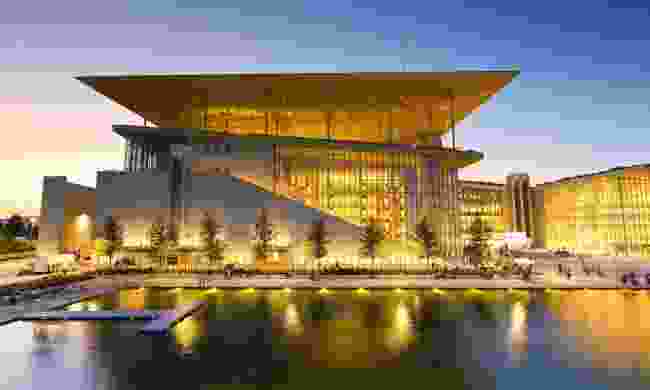 However, Athens isn't just about antiquity. New establishments showcasing Greece's arts dovetail its iconic older sites, such as the Stavros Niarchos Foundation Cultural Center. Here, the country's national library and opera are based in a building powered by a large solar canopy, which is surrounded by sprawling lush parkland. Mediterranean herbs line its pathways and a canal offers visitors the chance to learn to sail or kayak, while after-dark jazz and tango classes ring into the evening. Elsewhere, Athens' wealth of historic riches are housed in an impressive number of museums, though its Museum of Contemporary Art is the latest to open, with a fine collection of modern works on show. 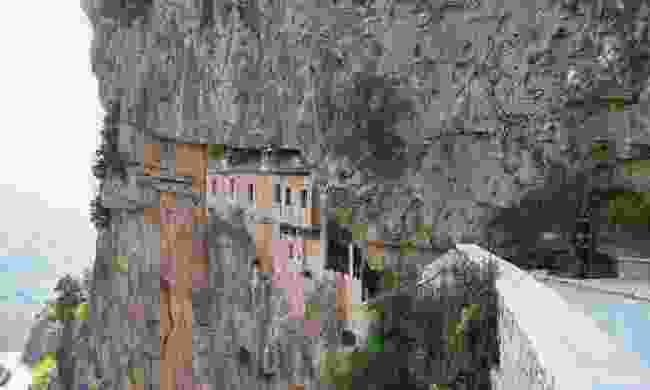 But Greek culture and traditions thrive all over the country. Travellers up to the north-western Epirus region will find stone villages amid the dramatic backdrop of the Pindus mountains and the Vikos Gorge.

Regional capital Ioannina is often seen as the gateway to this land, yet it also boasts a fascinating history. The preserved remains of its castle town (known as Kastro) were once a Byzantine fortress. Under the Ottoman rule of Ali Pasha, the city became a key administrative centre - but its emergence wasn't by chance. The area was made wealthy by its silver mining industry, and has long been a creative hub for jewellers - its silver and wirework is legendary across Greece. Even today, locals sell ornaments and craftworks from kerbside stalls, and the history and products of the industry are on display at the city's new Silversmithing Museum, based in one of the castle town's fortifications. 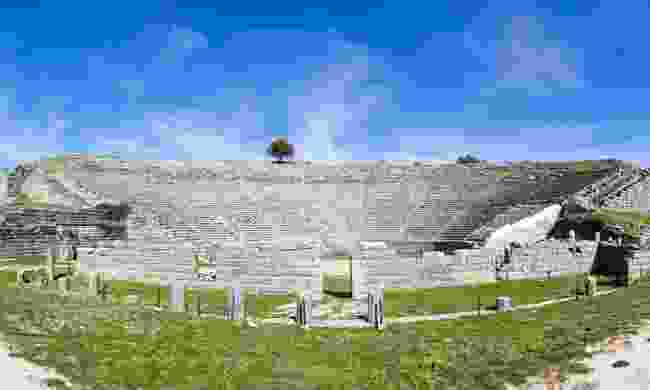 The anicent theatre of Dodoni (Shutterstock)

Near Ioannina, at the foot of Mount Tomaros, lies Dodoni, an oracle (sanctuary) and theatre considered second only to Delphi in terms of spiritual significance in the ancient Greek world. It offers fantastic views of the forested gorges beyond, too.

Head deeper into Epirus' wild lands and among its limestone cliffs and upland pasture is a network of 48 stone villages. Known collectively as the Zagorochoria, they sprinkle the hills. Each is characteristically unique, too: Koukouli is famed for its grand mansions, Kipi for its famous stone-built, three-arched Kalogeriko bridge, and Vrisohori for its natural springs. 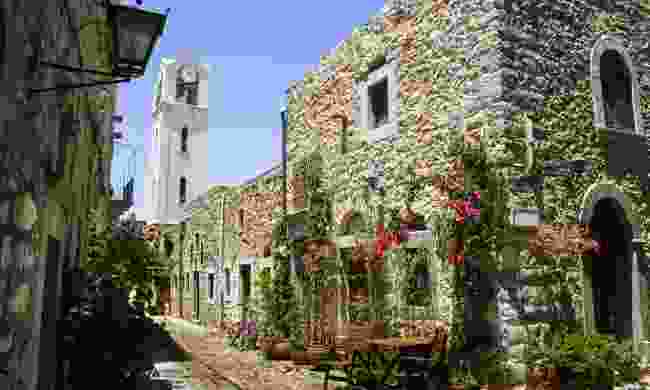 Greece's isles are plentiful, and no less cultured than the mainland, especially around the northern Aegean Sea. Chios is well worth wandering for its stone-built medieval villages in the South, originally designed for the farmers that cultivated its famous mastic crop - a resin extracted from the mastic tree that is only found here and used to make everything from toothpaste to a rather potent local liqueur. Today, some 24 villages still stand; pair a tour of them with a trip to the island's Mastic Museum, which charts the history of this fascinating crop. 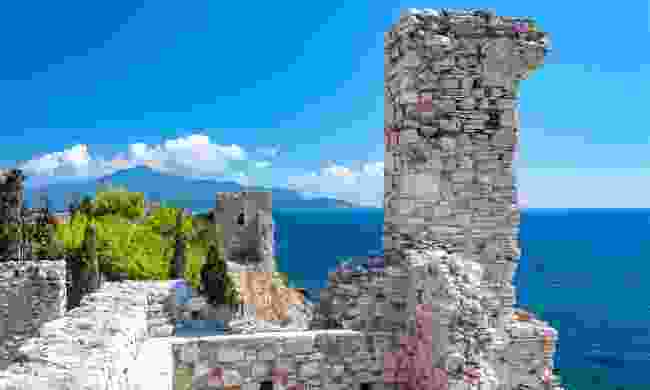 Neighbouring Samos is equally fascinating. In ancient times, its alumni list boasts such famous names as mathematician Pythagoras, astronomer Aristarchus and the philosopher Epicurus. But it's the work of another local genius, Eupalinos, that has piqued travellers' curiosity. His 1,036m tunnel through Mount Kastro, built in the 6th Century BC, is a remarkable feat of engineering, and it once acted as the capital city's secret underground water supply, invisible to invading armies. Rediscovered in the 1850s, the UNESCO-listed aqueduct now wows visitors.

Wherever you head in Greece, whether visiting its rugged countryside, ancient cities or idyllic islands, you will be surrounded by its traditions, arts and history. A feast for the eyes, mind and soul from the land that helped birth modern culture.