Almost 70% of Aomori prefecture's land is forest and three sides are surrounded by water, making it a scenic location for trekking. Here's just six day walks you should try in this verdant part of Japan...

Aomori in Japan translates as ‘blue forest’: apt for the rugged volcanic prefecture that covers the top of mainland Honshu, where almost 70% of the land is forest and three sides are surrounded by the sea. Known for its diversity of hiking trails, you can choose from coastal paths and valley walks to long mountain treks. Here ‘s just six hikes to try... 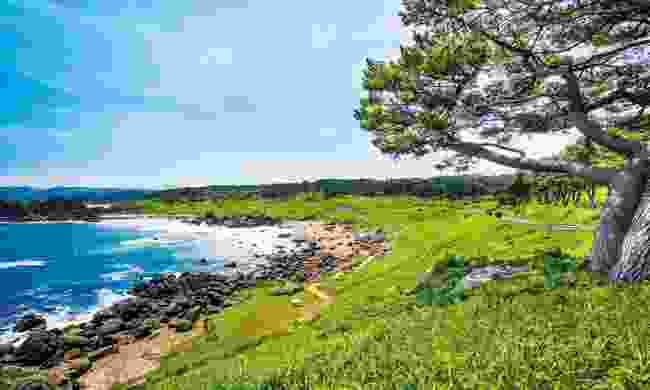 Try a short trek along the Tanesashi coast

The Michinoku Trail hugs Japan’s eastern shoreline for an epic 900km, from Aomori to Fukushima prefecture – the longest hiking trail in Japan. You don’t have to walk the whole trail, but can easily enjoy short stints like the 5km Tanesashi Coastal Trail, which forms the first (or last) part of the trek. Sometimes referred to as the Hana no Nagisa (Flower beach), this coast is home to over 650 species of native plants. It’s also home to birds: visit from April to July to see thousands of black-tailed gulls swirling through the sky. Don’t miss Osuka Hama beach’s ‘singing sand’, where the grains squeal and squeak beneath your feet. 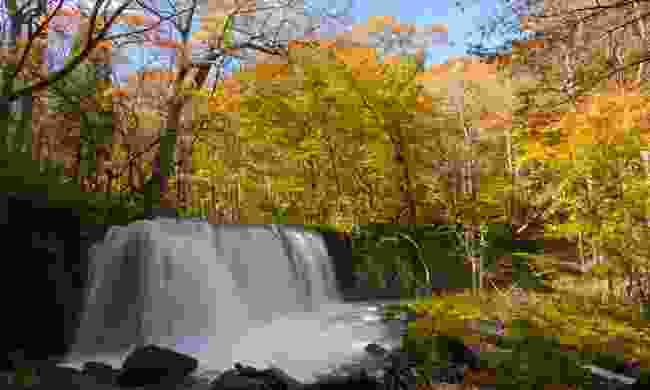 Choshi fall in the Oriase River during autumn

The Oirase Gorge is one of the most beautiful river valleys in Japan. This 14km trail has been carved by the silver Oirase River, which pulses out of Lake Towada to the small town of Yakeyama. Walk by the river’s edge to pass waterfalls and woodland, which turns a vibrant green in spring and a deep orange in autumn. Follow the trail from the lake for about 9km to find a small ‘rest hut’ called Ishigedo, where you can feast on ramen and the valley views. This vast mountain range, covering the south-west corner of Aomori, is among just four natural UNESCO sites in Japan. It’s home to one of the world’s largest primeval beech forests, as well as rare species like the Japanese black bear and golden eagle. There are many trails here, but the route to Aoike lake – one of 33 lakes in the region – is arguably the best due to the inky-blue colour of its surface. 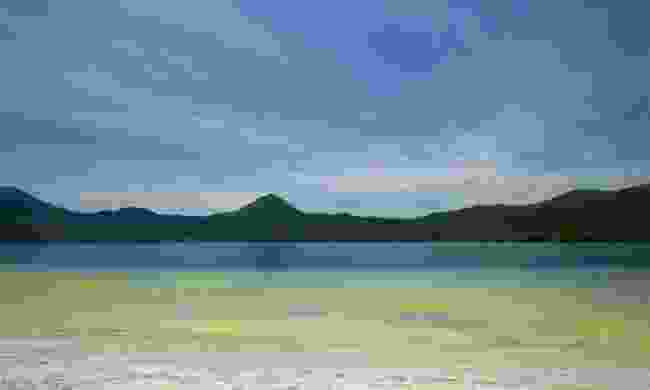 One of the many colour-changing lakes on Ozorezan Mountain

Another mountain - this time in the far north – allows you to mix climbing with cultural experiences. Osorezan Mountain is one of just three major sacred sites in Japan, established as a place of worship in Buddhism over a 1,000 years ago. Experience Buddhism in practice at the temple of Osorezan. Trails will take you over rocky terrain and past bubbling hot springs. Don’t miss Chinoike Jigoku: literally translating as ‘Blood Pond Hell’, this boiling hot, red-hued pool is well-worth admiring. It is one the oldest of its kind in Japan and has been steaming away for over 1,000 years.

More beautiful lakes splash through the mountain, reflecting a foliage that changes colour with the seasons. Particularly spectacular is autumn, where everything turns a reddish brown. Visit at the end of July and at the end of October to celebrate the vibrant season at the Osorezan Festival. 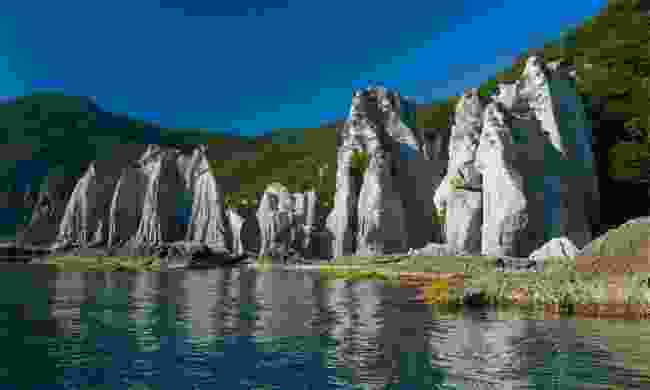 Marvel at the natural monuments of Hotokegaura

Reminiscent of Chile’s Torres Del Paine National Park, Hotokegaura’s teeth-like rocks rippling in the sea is a sight likely to stay with you for a lifetime. Some of the white-green formations reach to a staggering 100 metres-high and stretch in a line for around 2km. Weave in and out of them, craning your neck to appreciate the art-like shapes of each.

So important are these natural monuments that they have all been given the name of merciful people in Buddhism. 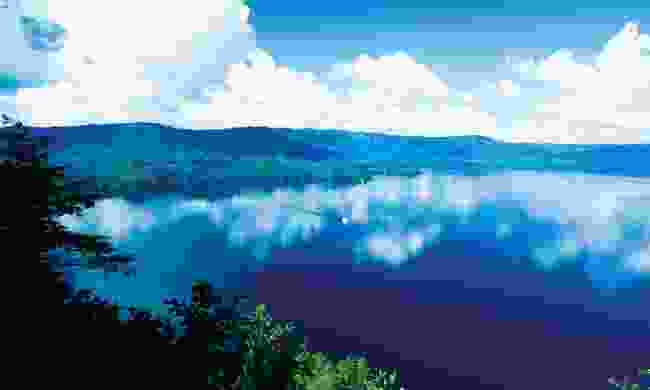 Marvel at the magnificent Towadako Lake

Stretching between Aomori and Akita prefectures is the largest double-caldera lake in the world. Not only does its circumference of 46km make it a fantastic hiking spot, but its height of 400m above sea level means you’ll be at a great vantage point for admiring the verdant scenery below. Lake Towada itself also makes for a fine view  and you won’t be able to help but click a camera at its icy-blue surface, fringed by dense foliage which is a deep green in summer and a fiery red in autumn.

As a result of the coronavirus pandemic, travel is still on hold for many of us around the globe. Be sure to check travel restrictions at home and in Japan before planning a trip. To find out more about hiking in Aomori prefecture, plus all the information you need to plan your trip - from what to see and do to where to stay and eat - visit the tourist board's website.