Aboriginal culture is rich, deep-rooted, and utterly fascinating. Here’s how to immerse yourself in its magic 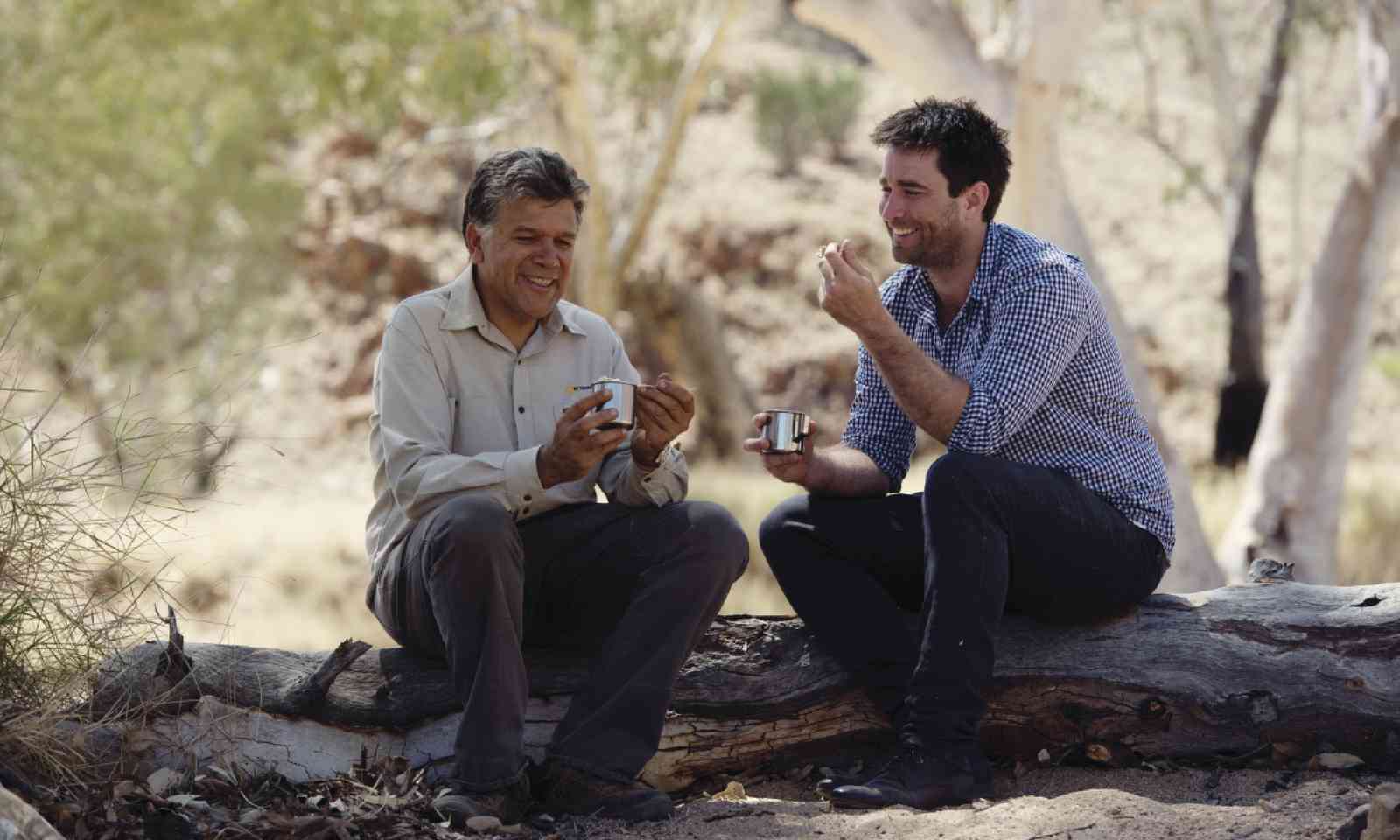 Go to an indigenous festival

There are numerous Aboriginal festivals held each year in the Territory, varying in size from low-key gatherings to large-scale musical celebrations.

The best-known is Garma, a hugely popular four-day event on the Gove Peninsula, but for a truly exuberant occasion head to the Walking With Spirits Festival, held each July in southwest Arnhem Land by the Wugularr community. It focuses on sharing stories, music, songs and dance, and takes place in a stirring waterside setting. 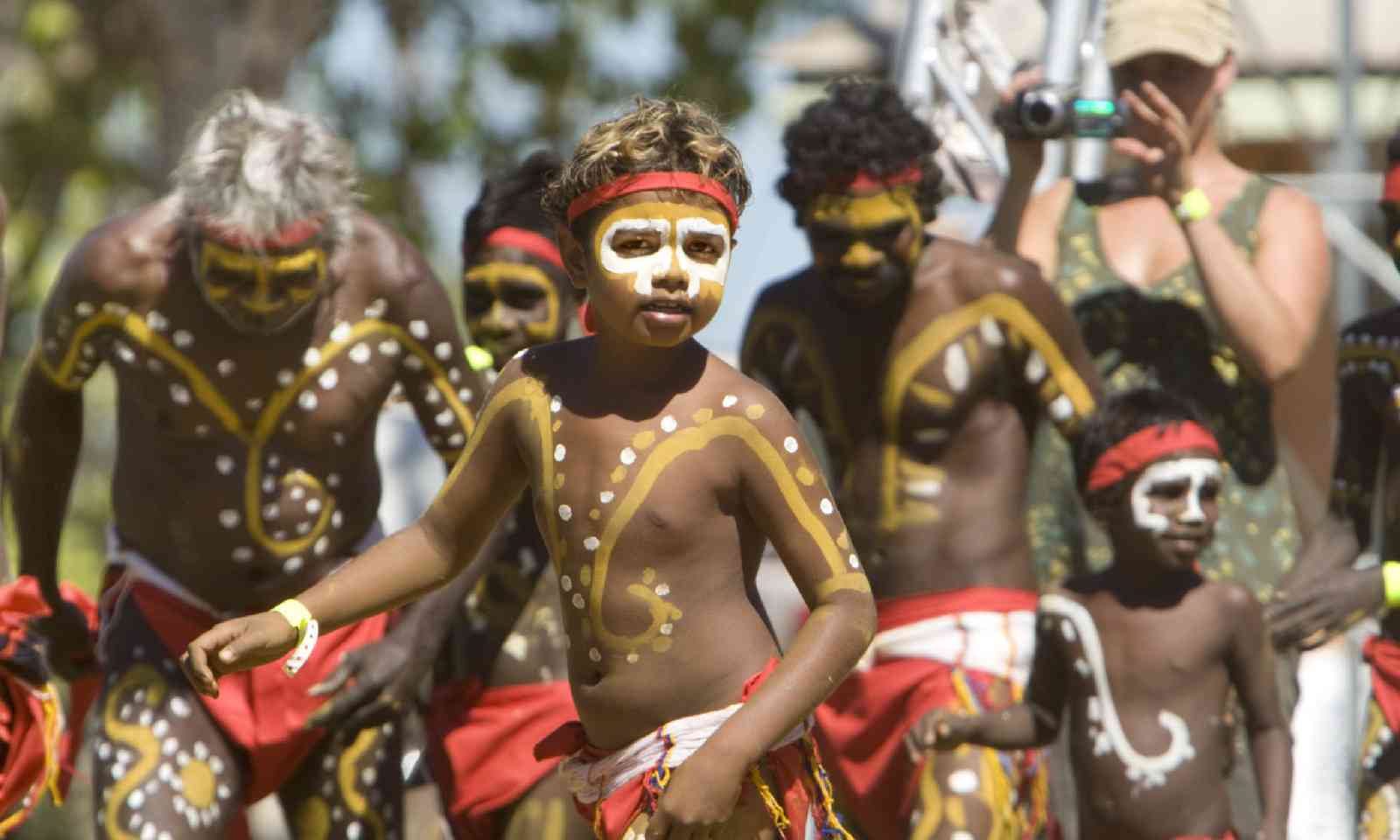 Other annual festivals to be aware of include Yugul Mangi, a free three-day gathering at a remote spot along the Roper Highway, and Barunga, held each June around 80km southeast of Katherine. Note that most events are alcohol-free.

Sitting 80km off the Darwin coastline, the Tiwi Islands are made up of two near-conjoined islands – Bathurst and the larger Melville – both of which are home to the Tiwi people themselves. The locals have become renowned for their singular arts and crafts (you’ll see plenty of carved, painted ironwood) but even more famed is their love of Aussie Rules football.

The local club, the Tiwi Bombers, was the first all-Aboriginal team to take part in a major competition, and still plays in the semi-professional Northern Territory Football League – two of its former players have even gone on to appear in the AFL proper. Dedicated ferry services sail out of Darwin to coincide with home matches. The season runs from October to February.

There are numerous river cruises to choose from in and around Kakadu, but for those travellers looking for Aboriginal insight the best bet is the Guluyambi Cultural Cruise, organised by Kakadu Cultural Tours. 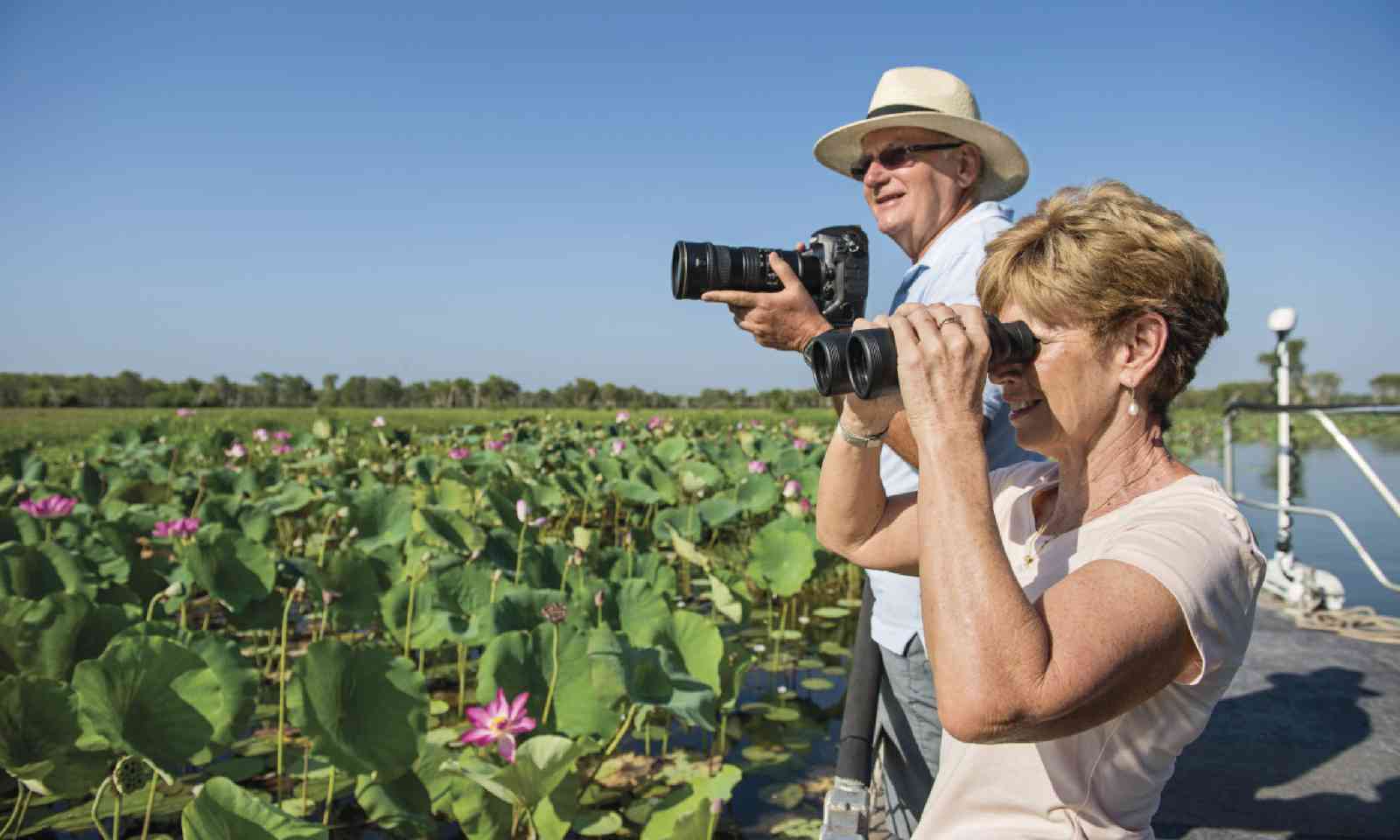 The vessel is skippered by an indigenous guide along the mellow East Alligator River (illogically, there have never been alligators on the river – you’re likely to spot saltwater crocs though) and allows you to alight briefly in Arnhem Land, where you’ll learn, among other things, how to throw a traditional spear. It’s a professional operation and shares interesting facts about a proud ancient culture that, by its nature, remains enigmatic.

If you’re looking for an experience that covers the myriad strands of indigenous bushcraft – from dilly bags and didgeridoos to bush medicine and ochre pigments – the packages offered by Pudakul Aboriginal Cultural Tours are well worth considering. Based in the Adelaide River wetlands just 50 minutes from Darwin, the 100% Aboriginal owned and operated company puts a focus on the relationship between indigenous culture and the natural world. 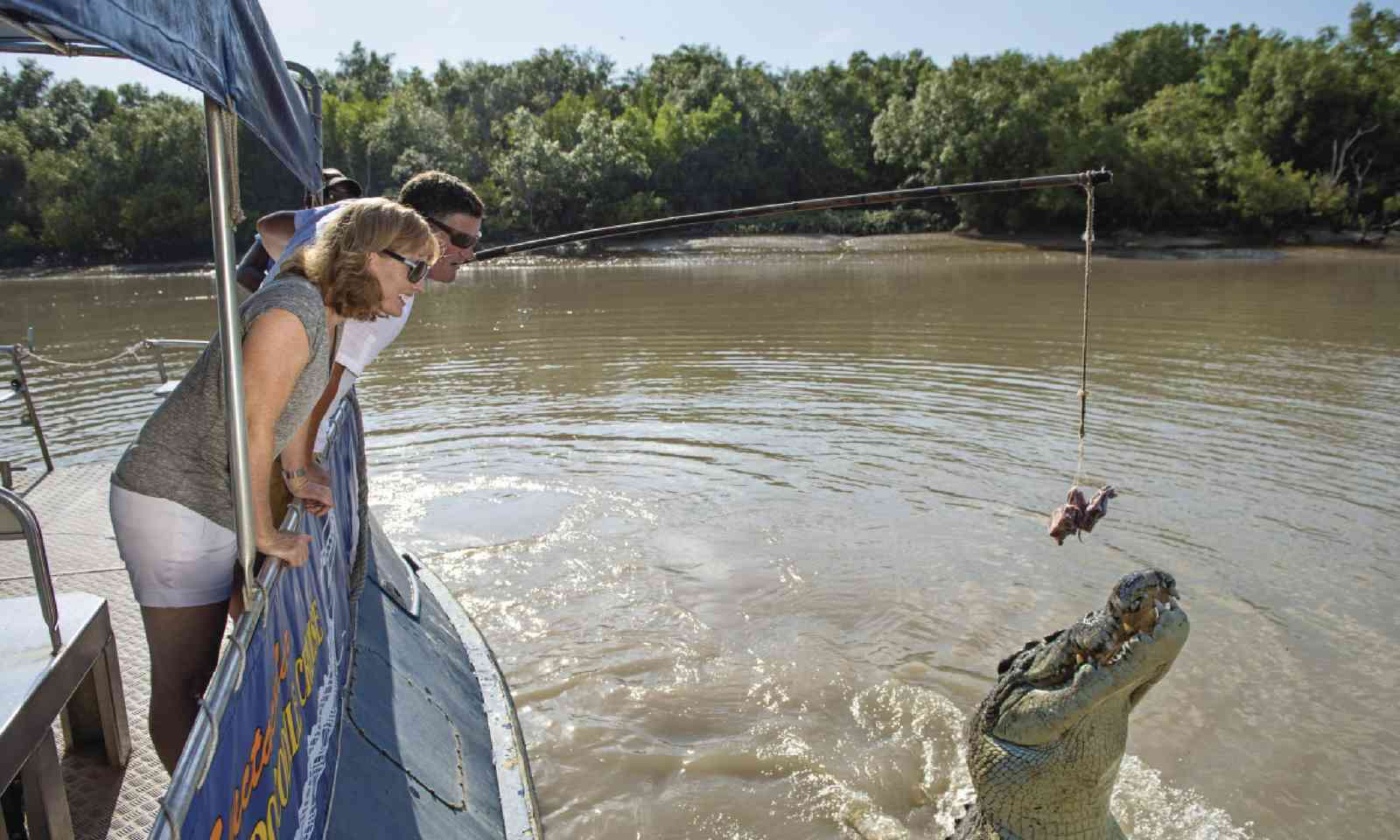 Choose from a two-hour cultural experience or a longer “Wetland Discovery Tour”, which also includes a wildlife cruise and a bush tucker walk-and-talk – they’re available from May to October and incorporate transfers to and from Darwin. Billy tea and damper are also included.

Get cultural insight at Uluru

As you’d expect, a trip to Uluru gives the chance to join all manner of Aboriginal-focused tours and activities. Some are more insightful and authentic than others, but almost all involve interaction with the local Anangu people, the traditional owners of the surrounding land. 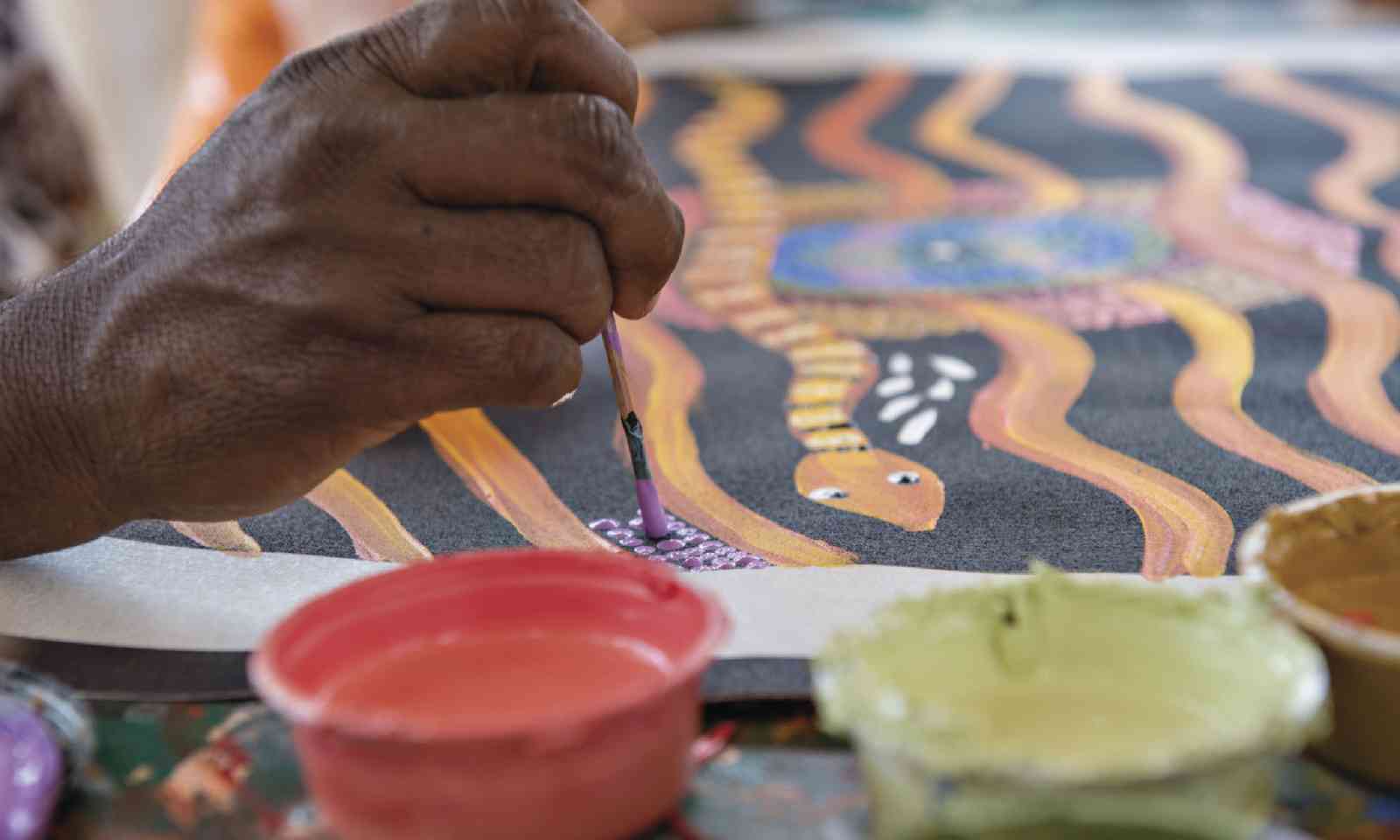 Options on offer include everything from campfire talks to dot-painting workshops, and as a general rule the smaller the group size the more rewarding the experience. Elsewhere, the Uluru-Kata Tjuta Cultural Centre (no cost to enter) gives good information on the plants and animals found in the region, and the strong roles they play in Anangu culture. The centre gives free nature presentations at 10am each weekday.