A trip to New Zealand is all about revelling in the unbridled majesty of the outdoors. Whether you hike, drive, kayak or sail, the country has no limit to memorable experiences. Here are its best... 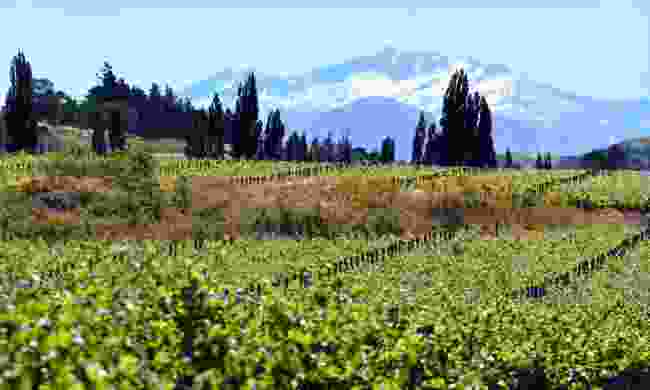 New Zealand is famed for no end of things – mountains, rugby, adrenaline kicks – but the country’s world-renowned wine has become as vital a component of the Kiwi experience as any of them. This 380km driving route covers parts of both the North and South Islands and takes you through wine regions that produce 80% of the nation’s good stuff. Hawke’s Bay, Wairarapa, Wellington and Marlborough are all included – and there are some 230 wineries along the way. Moderation is perhaps the key word... 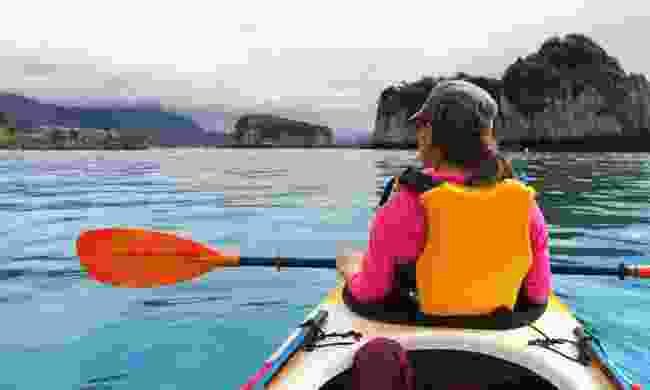 Named after the Dutch seafarer who was the first European to sight New Zealand (a penny for his thoughts), Abel Tasman National Park is a coastal wilderness reserve at the northern end of the South Island. Many come here to walk the superb three-to-five day coastal track along its edge, but those looking for something different can explore the coastline in a kayak. Half-day, full-day and even overnight trips are available – all of which showcase the granite cliffs, sculpted bays and golden beaches that make the park such a draw. 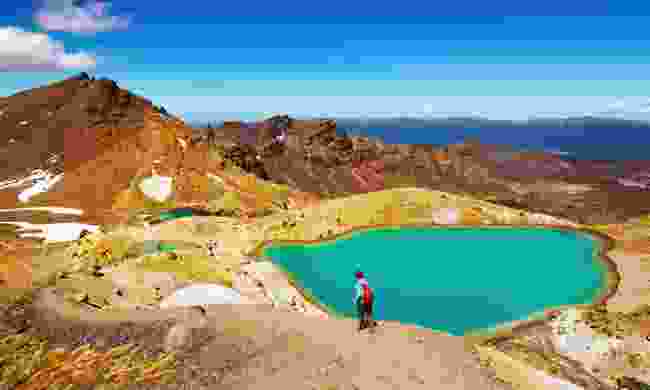 New Zealand isn’t exactly light on unforgettable day walks, but this world-famous hike is the daddy of them all. Set in the volcanic alpine landscape of the North Island, it takes in crater lakes, glacial valleys and soaring peaks, combining them all into a manageable (if effortful) walk that has been wowing travellers for decades. The total length is just shy of 20km, but you’d be wise to allow a full seven or eight hours – not least because you’ll be stopping every few minutes to take photos. 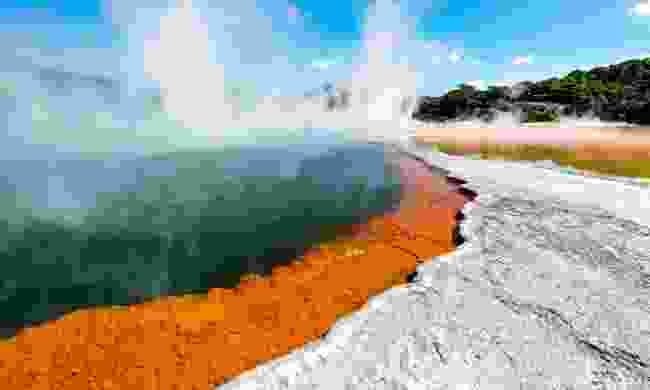 Keen to really get to grips with the North Island? This activity-packed route leads you from capital city Auckland across the heart of the island to Hawke’s Bay, taking in everything from spouting geysers and hot springs to limestone caves and shimmering lakes along the way. It’s well signed and can be driven in either direction – whichever way you choose, you’ll find a series of unfurling landscapes and a roster of classic Kiwi sights like Lake Taupo, Rotorua and the Waikato River. 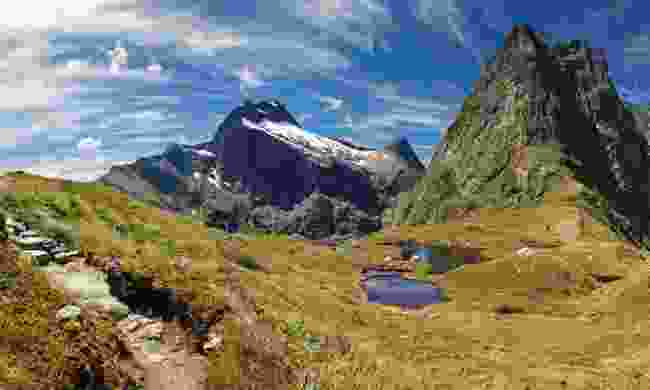 Trekking, or tramping in New Zealand parlance, doesn’t get much more uplifting than on the famous Milford Track. Set in the Fiordland region on the South Island, it’s a 53km walk that usually gets split over four days and – during the main late October to April walking season – allows a maximum of 40 independent walkers to set off each day, meaning infinite space in which to wallow in the sky-spearing alpine scenery. Around a century ago, the London Spectator described it as “the finest walk in the world." And who are we to gainsay that? 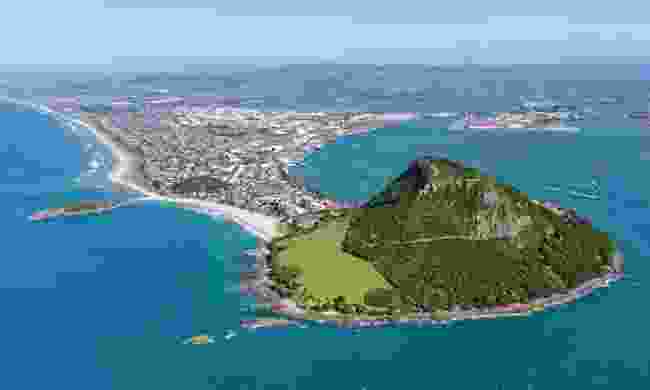 Another superb touring route in the North Island, this shore-hugging drive leads along the island’s east coast, heading down through the misty forests and dreamy beaches of The Coromandel before sweeping around the Bay of Plenty and turning south down to Hawke’s Bay and Napier. Expect surf beaches, fresh seafood, ancient Maori sites and more coastal scenery than you can raise a glass of full-bodied red to. The drive can be combined with the Thermal Explorer Highway to create a looped drive. 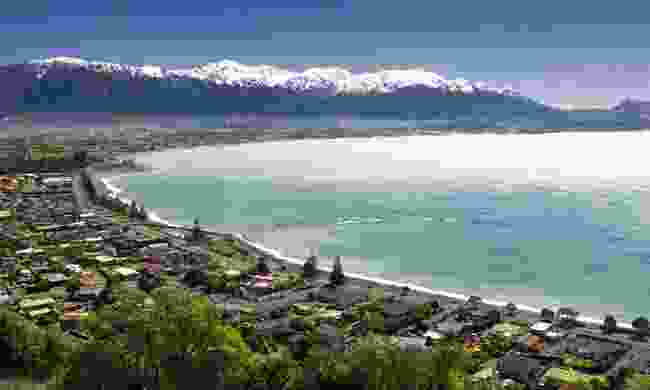 The world-class driving routes aren’t restricted to the North Island. Anything but, in fact. Many point to the South Island as the more drop-dead ravishing of the two – though it’s nothing if not a close-run thing – and this scenic, loosely triangular, road trip along a section of the east coast will show you exactly what the fuss is about. It’s a four-day, 465km undertaking that begins and ends in vibrant Christchurch – reshaping itself in amazingly creative fashion after natural disaster – taking in the hot pools of Hanmer Springs and the whale-watching hotspot of Kaikoura en route. 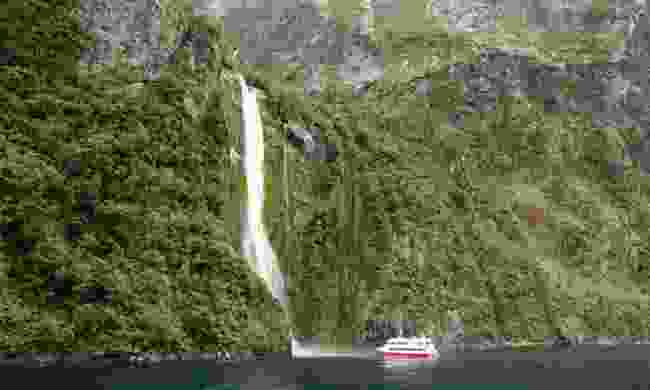 Doubtful Sound: odd name, staggeringly beautiful place. It might lie close to the equally gorgeous Milford Sound – which, being home to picture-perfect Mitre Peak, tends to snag more visitors – but Doubtful Sound is anything but an afterthought. A cruise along its considerable length will give you the chance to take in its mirror-calm waters, its cliff-hemmed scenery and – if you’re lucky – its resident bottlenose dolphins. 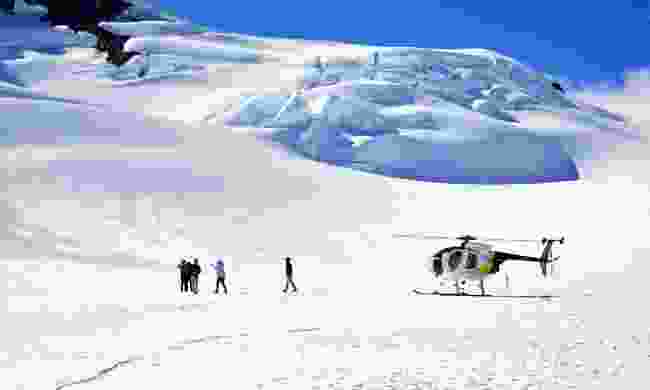 The concept of heli-hiking carries with it an air of intrepid, 007-like exploits, so the fact that this South Island adventure is available to mere mortals is a thrill in itself. The vast Franz Josef Glacier has long been one of New Zealand’s showpiece attractions, but if you want to see it in style and up close, this is the way. The helicopter gives you a staggering panoramic view of the icefield and surrounding mountains before landing you high up on the glacier itself, following which a guided three-hour hike through crevasses and blue ice-tunnels rounds off an exhilarating experience.

Enjoy the journey as much as the destination on board a flight with Air New Zealand – voted Top Airline in the Wanderlust Reader Travel Awards 2018.