Away from the crowds: 7 little-visited national parks in Costa Rica

Costa Rica has 29 national parks, home to sloths, birds, amphibians, reptiles and even jaguars. Here's how to see the wildlife away from the crowds at these lesser-known national parks...

Find out more about Costa Rica 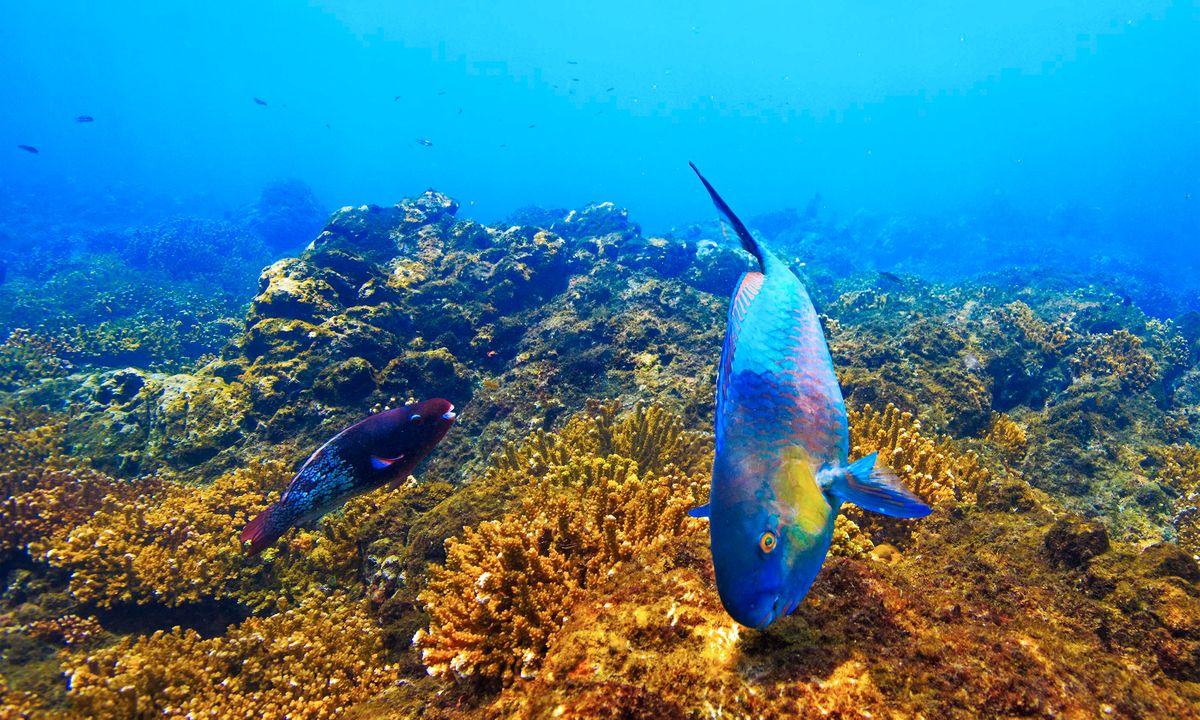 Even the waters surrounding Costa Rica are protected, and therefore teeming with life 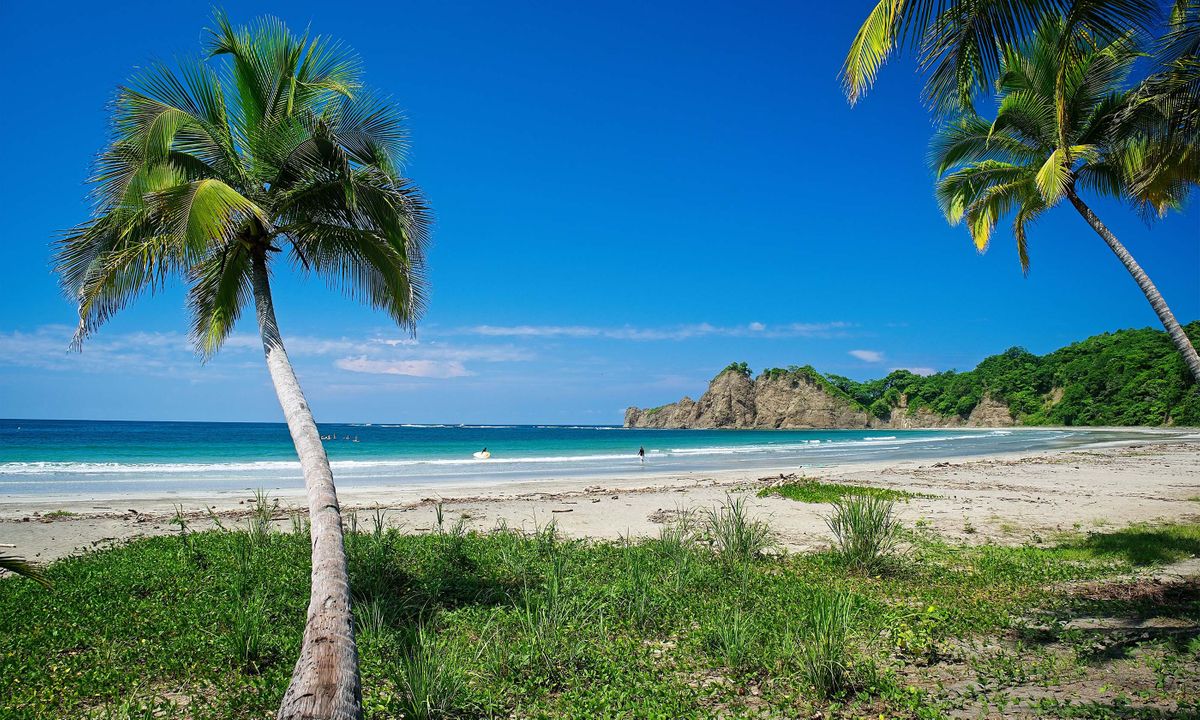 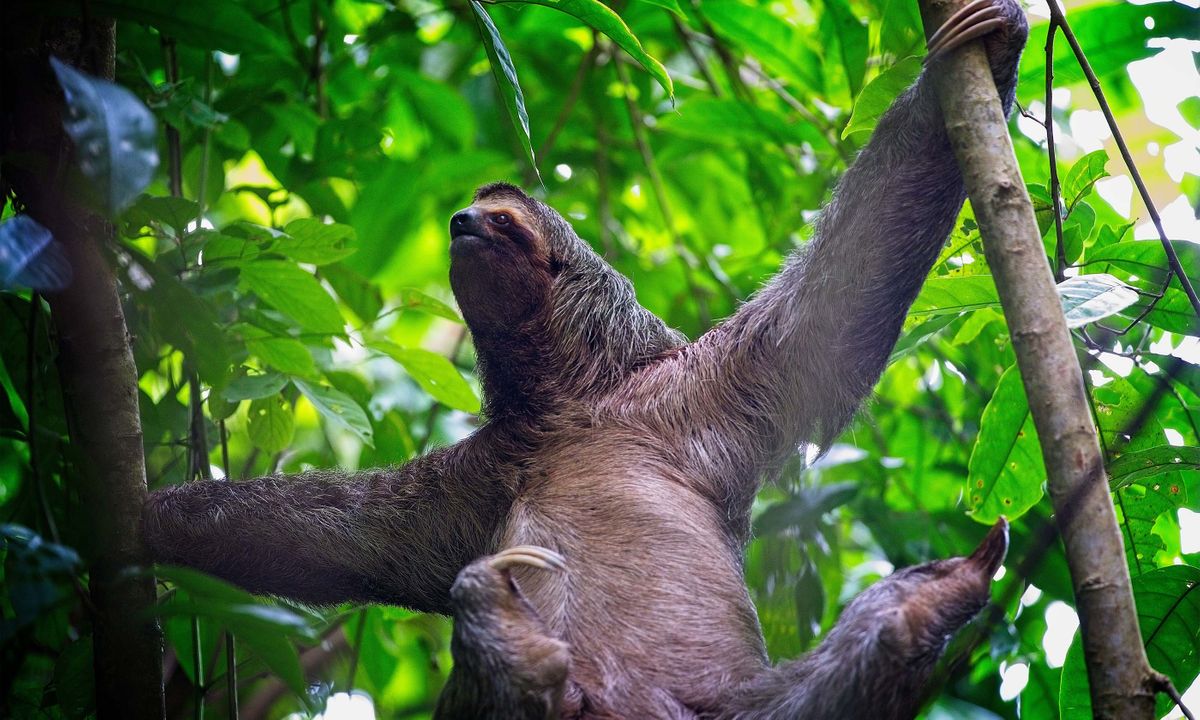 Look out for wildlife hiding in the national parks

Costa Rica is home to a whopping 29 national parks. With a quarter of the land covered in protected pristine jungle, this is a country that understands conservation.

Monkeys, sloths, exotic birds, vividly-coloured amphibians, lizards, jaguars and many other fascinating creatures live in these rainforested and cloudforested areas. It’s a wonderland for visitors – trained guides will help you spot the most incredible animals.

Coastal areas, too, are protected so that thousands of sea turtles can lay their eggs in peace, coral reefs thrive, and migrating whales and dolphins can breed in safe waters. Many visitors stick to a well-trodden route. But we want to show you undisturbed beauty and biodiversity in seven less well-known national parks.

Read on for seven little-visited National Parks in Costa Rica... 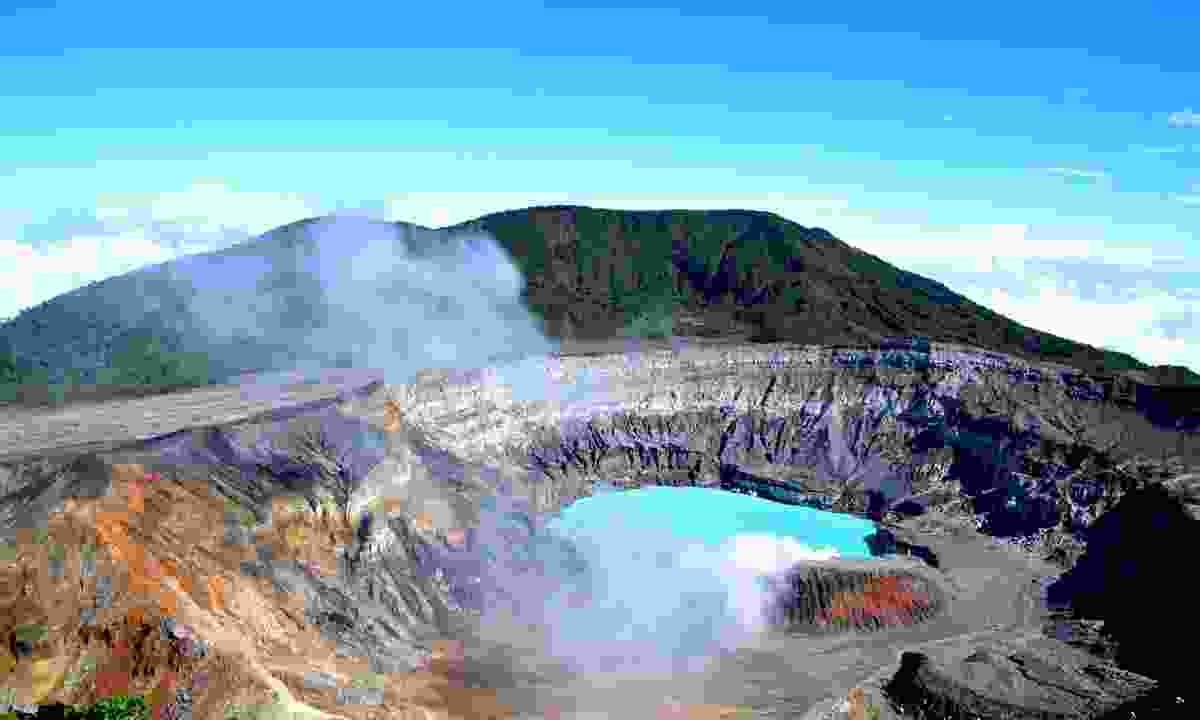 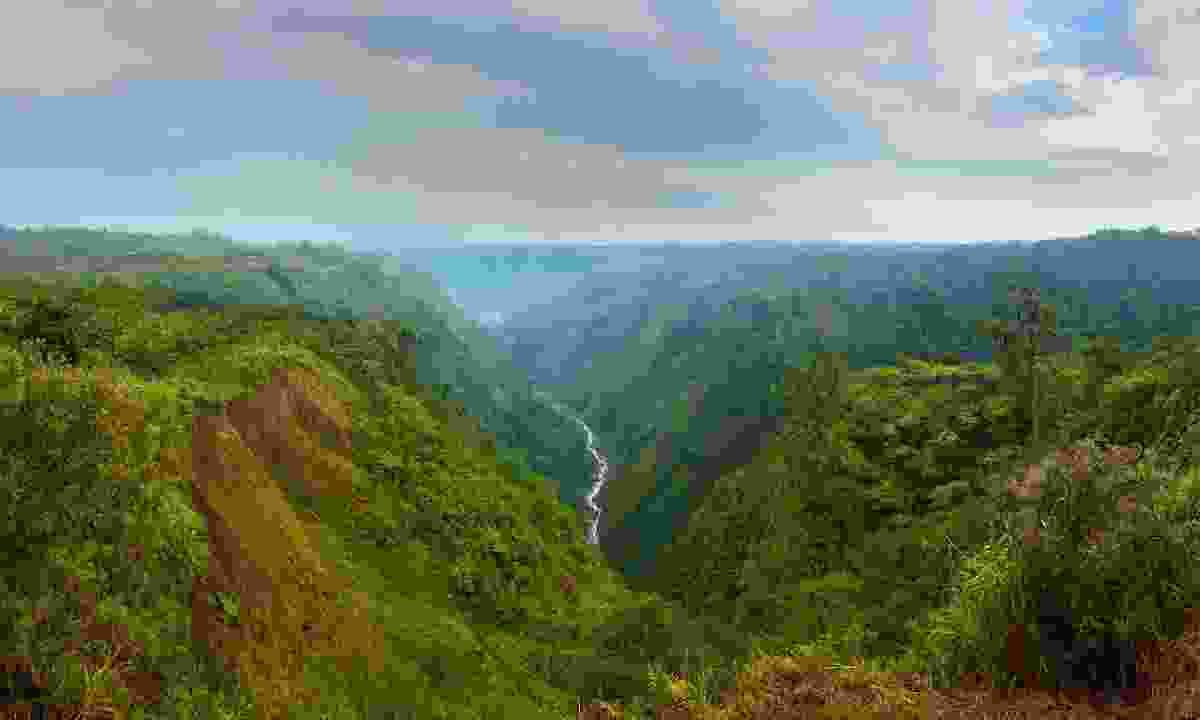 The thought of bubbling molten rock somewhere beneath our feet gets the adrenalin running. Visit Poás Volcano National Park to experience that volcanic thrill close up. It’s a stunning landscape with several craters: the largest, Poás, at 8900ft – one of six active volcanoes in Costa Rica.

Some craters puff smoke and gases, others are filled with milky-white water. And on the slopes below, walking trails meander through misty cloud forests where mosses grow on strange twisted trees, and fiery-throated hummingbirds flit about. Yet you’re only an hour from Costa Rica’s capital, San José, and its international airport, so Poás is a perfect stop either when you arrive or just before you leave. There are charming forest lodges within a 20-minute drive of the park. 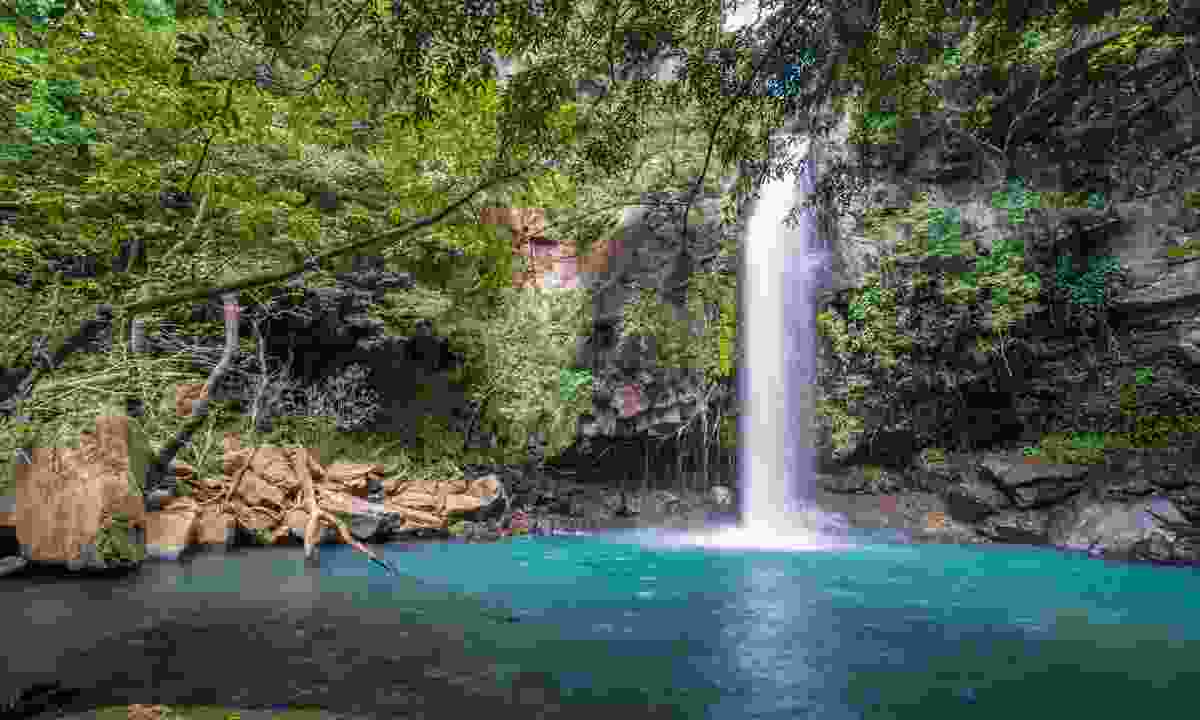 Tenorio Volcano National Park is a haven for birdwatchers; look out for colourful quetzals

The Tenorio Volcano National Park is a dense cloud forest inhabited by white-faced monkeys, anteaters, pumas, tapirs and peccaries (like a cross between a giant rodent and a boar). Birdwatchers are drawn here: you may spot and hear exotic species like trogons – of which the stunning quetzal is one – and the three-wattled bellbird, with its strange high-pitched cry and three wobbly wattles hanging from its beak.

A Tenorio highlight is the hour’s hike to the Celeste River and waterfall. Forest trails lead you over the brilliantly blue river via hanging bridges to the waterfall cascading into a turquoise pool. The volcano crater is off limits, but you may find hot springs heated by the subterranean warmth. Accommodation is outside the park, in nearby lodges or B&Bs. Costa Rica lives by the phrase pura vida, or the pure life. This isn’t just a saying in Costa Rica, but an entire way of being. Because of pura vida, Costa Rica is a safe, welcoming country and the locals take every opportunity to live life to the full. No wonder Costa Rica has been recognised as one of the most positive ad happy countries in the world. 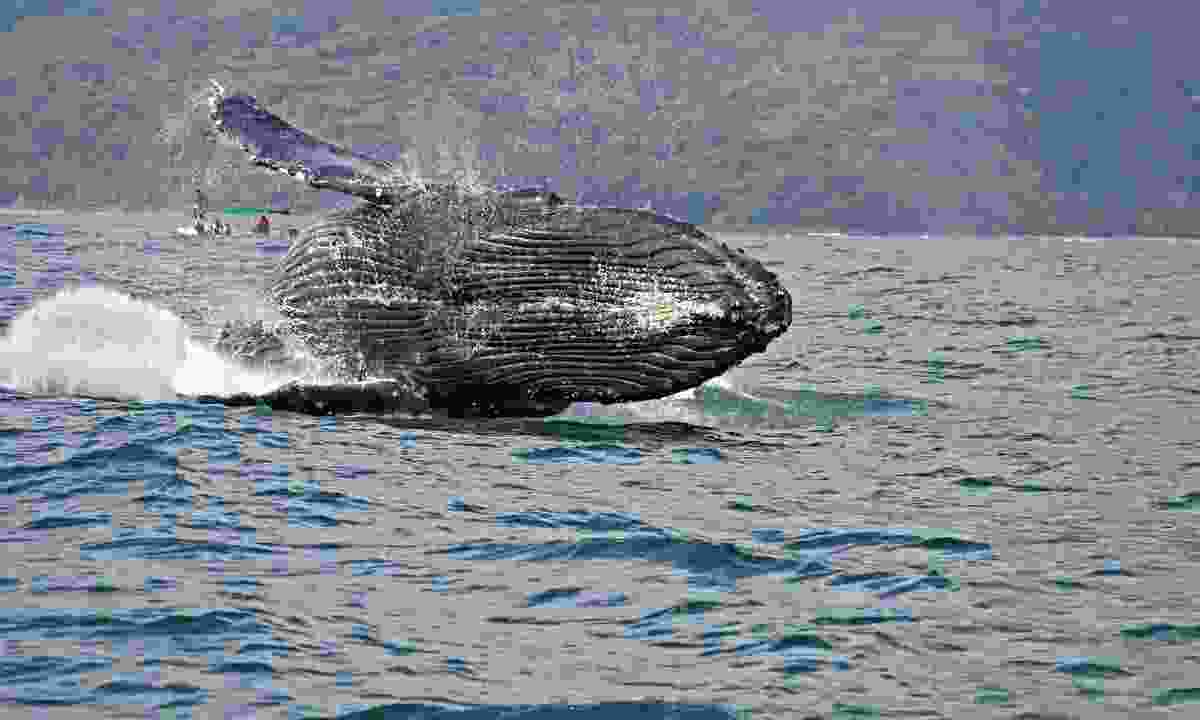 Ballena is Spanish for whale – and this coastal park, complete with a whale-tail shaped beach, is where humpbacks come to mate, give birth and nurse their young in the warm Pacific waters between August and March. Mothers and calves stay near the shore until the young have developed enough sea-skills to swim to cooler waters.

Whale-watching boats are often raced by merry pods of dolphins. Bahia Ballena Beach here is a turtle-nesting location, too, between May and November. The park also protects reefs around offshore islands, so diving and snorkelling trips are available – as well as relaxed sunbathing. The wealth of activities on offer in Costa Rica. From exploring the tropical rainforests and national parks on horseback to kayaking in the warm tropical sea, you’ll never be short of outdoor adventures. 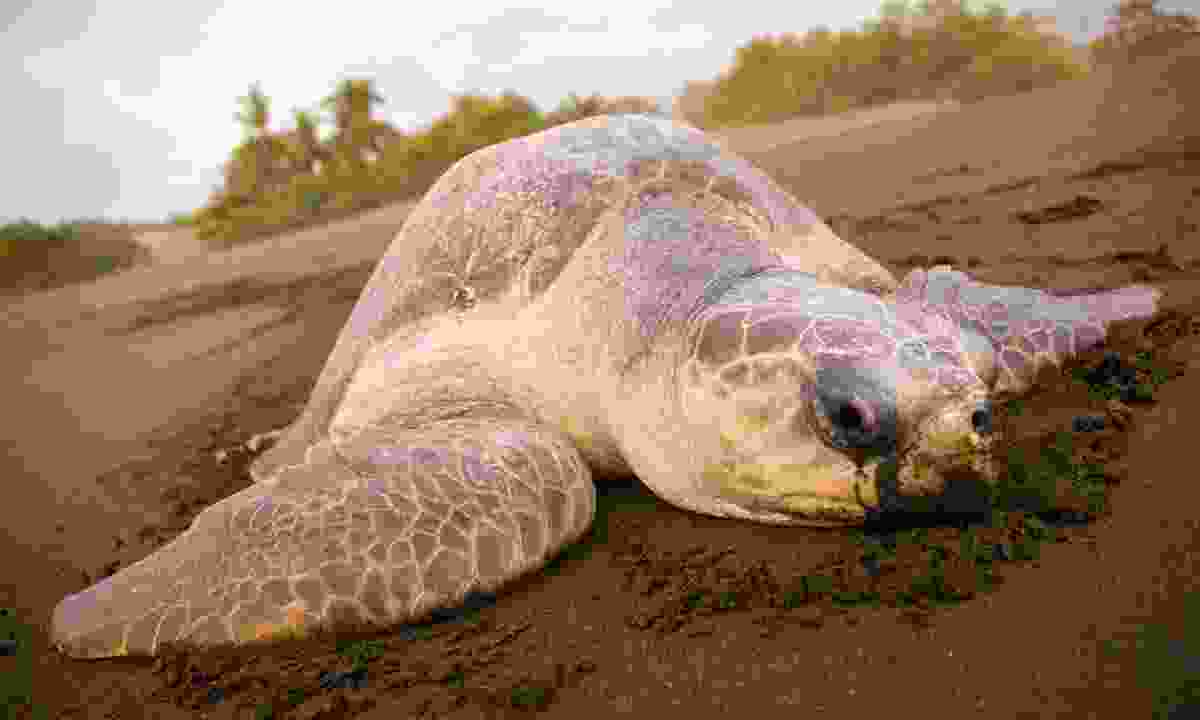 Naranjo and Nancite beaches are also important turtle-nesting spots. Nancite is one of few beaches in Costa Rica where olive ridley sea turtles clamber ashore in mass groups to lay – known as the arribada. Sometimes thousands arrive on a single moonlit late-summer night. Santa Rosa is also famed for a victorious short battle with neighbouring Nicaragua in 1856. Costa Rica is a peaceful country

Costa Rica has not had an army since December 1 1948, emphasising just how peaceful and democratic the country is. Costa Rica is a peaceful country 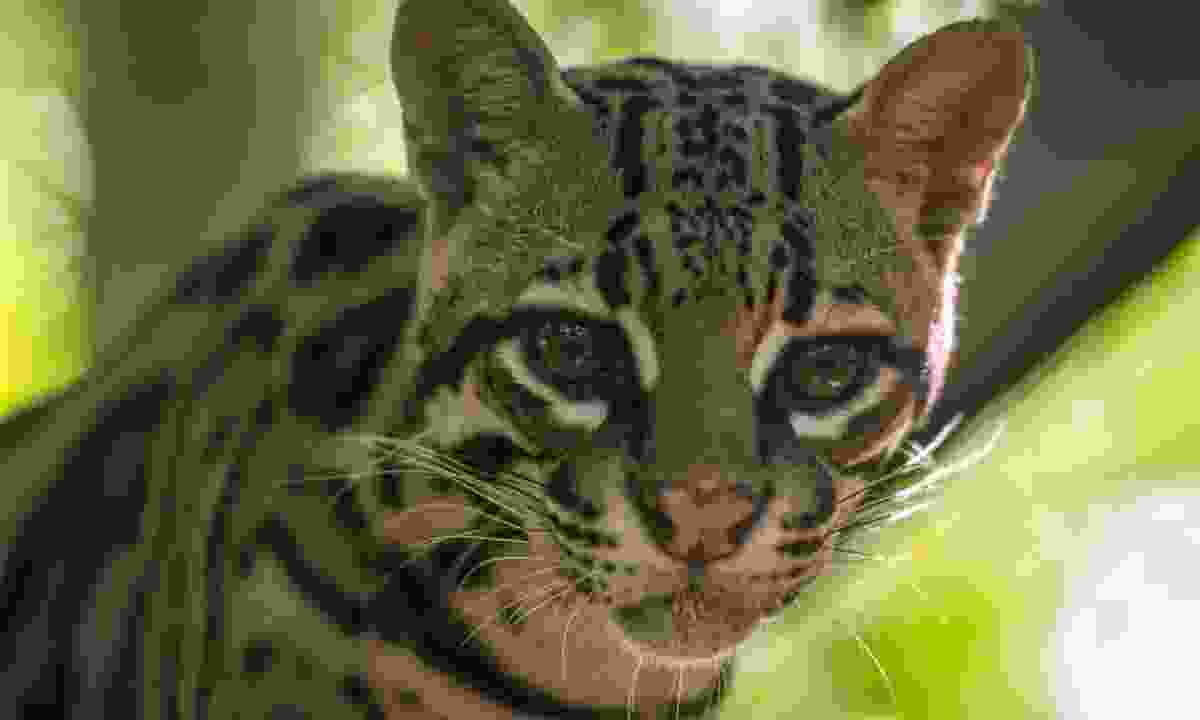 Corcovado National Park is home to many wild cats, including ocelot Corcovado National Park is home to many animals, including anteaters

Not for nothing was this pristine rainforest and coastal park on the Osa Peninsula named ‘the most biologically intense place on earth’. It’s home to half of Costa Rica’s many species, including scarlet macaws, endangered tapirs, anteaters, crocodiles, sloths, and harpy eagles – the world’s biggest bird of prey.

This is the only place to see all four of Costa Rica’s monkey species: howler, white-faced, squirrel and spider. It’s also home to wild cats, including puma, ocelot, jaguarundi, margay and the endangered jaguar. It’s best to book an eco-lodge in Puerto Jimenez or Drake Bay, from where the park is accessible by boat with a registered guide. Getting there is half the adventure, followed by hiking on foot with your guide, all organised in advance with your lodge or tour operator. 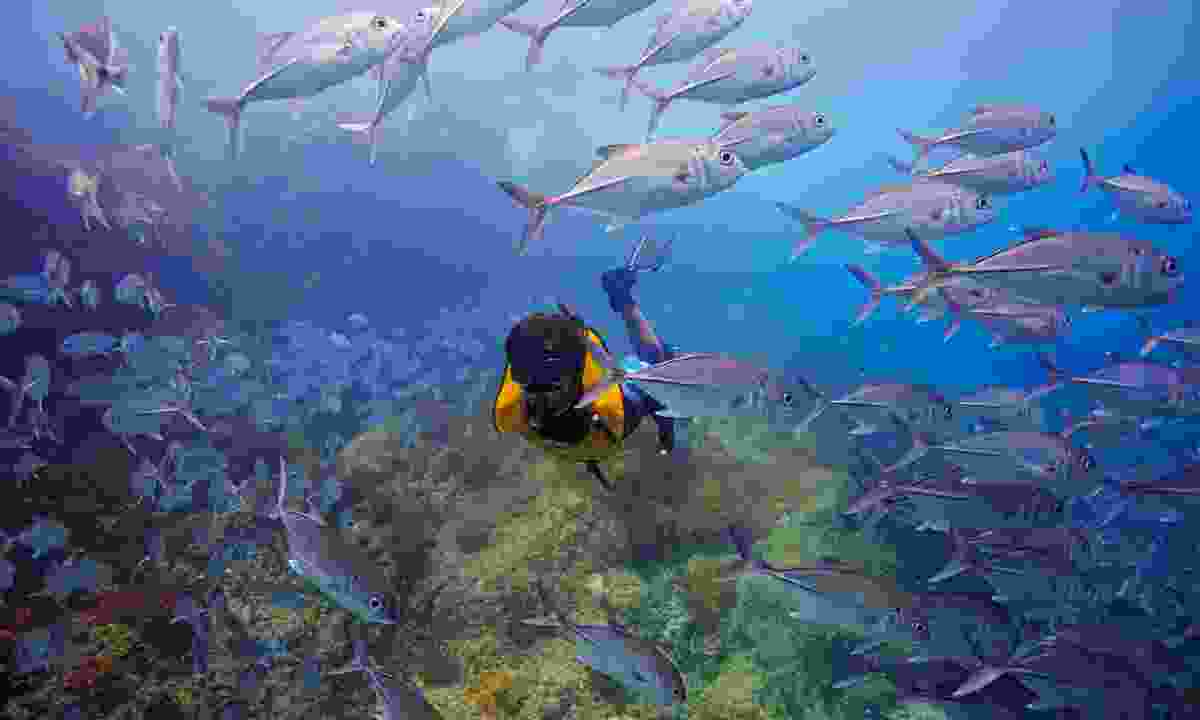 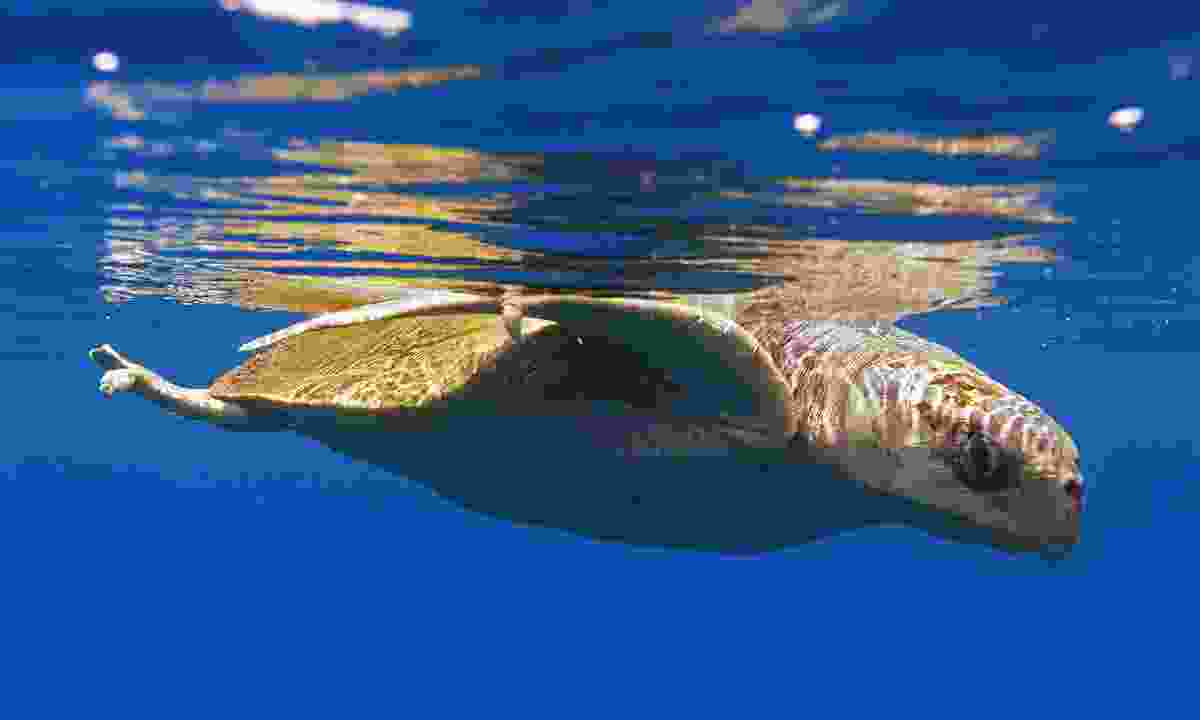 This forest-coated and jagged-peaked island juts out of the Pacific Ocean 300 miles off Costa Rica’s west coast, like a setting from Lost. Aerial-shots of it were used in the opening sequence of Jurassic Park to denote a truly remote wilderness.

The only way to experience it is to book onto a liveaboard dive boat (there’s no tourist accommodation on the island, only a solitary research station), and cruise the 36-hour sailing from Puntarenas. Boats are comfortable, large and well equipped. Trips run all year, though December-May offers calmer crossings and clear visibility. 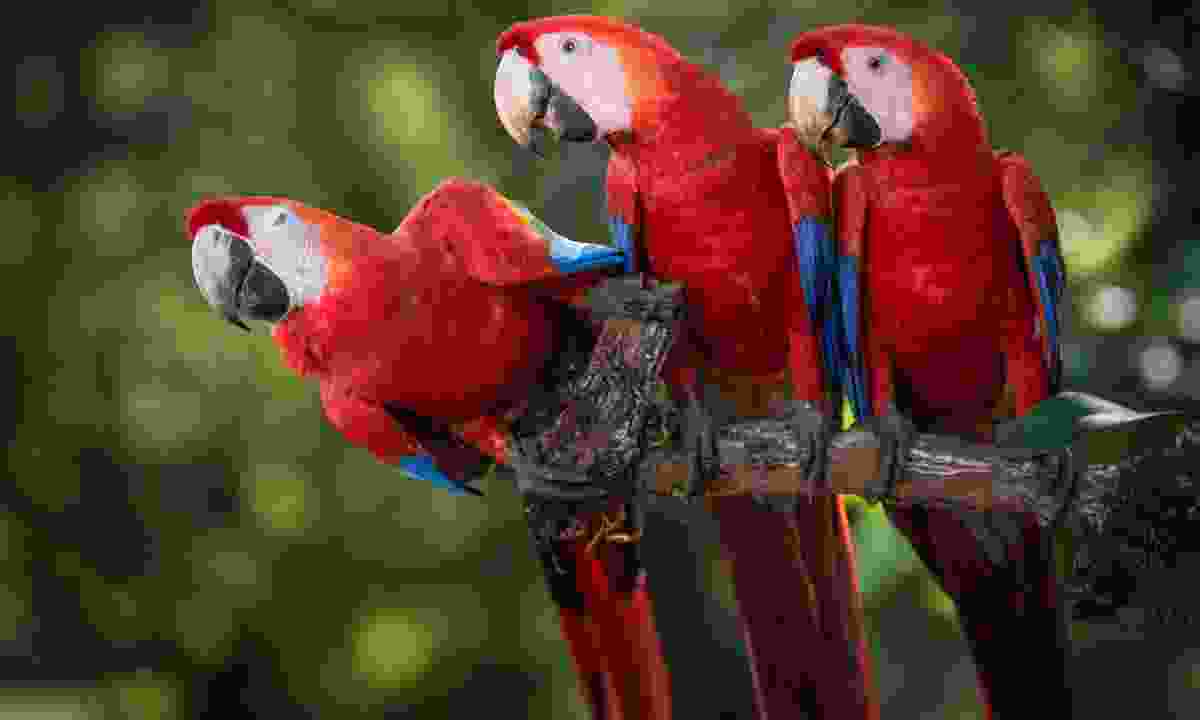 You can see howler monkeys in Carara National Park

Despite its name meaning ‘river of lizards’ in the Huetar indigenous language, in honour of the resident crocodiles in the Tarcoles River, Carara is most known for birdlife. It’s a transitional forest, which means species of both dry forests and rainforests cohabit.

Scarlet macaws are a big attraction, their brilliant red, blue and yellow plumage like a child’s colourful drawing of a parrot. You may see toucans, kingfishers, capuchin and howler monkeys, anteaters and poison dart frogs. It’s best to walk with an inexpensive official guide, who will help you spot animals hiding in the trees and undergrowth. It’s also easy to access, just an hour’s drive from San José, with good flat wheelchair-friendly paths. How to get there: Since BA launched their direct flight to Costa Rica in 2016, the country is now more accessible than ever. Indirect flights are also available into San Jose with Air France, KLM, Delta, United, Air Canada and more. When to visit: Anytime. Costa Rica is a year-round destination with a consistent warm and tropical climate.

How to get around: Costa Rica is a perfect destination for a road trip. Hire a car and easily explore all the landscapes from the mountains and the beaches to the coffee plantations and rainforests. Where to stay: Costa Rica has accommodation to suit all budgets and styles of trip. Choose from luxury boutique lodges to international hotel chains, as well as small locally-owned bed and breakfast style properties.

Here you'll find ample information on where to go in Costa Rica, its contrasting landscapes, its two coasts, the culinary delights, wildlife sights and culture of this beautiful and intriguing part of the world.

Find out more about Costa Rica