The markets, pubs, delis and restaurants in Wales offer mouthwatering food for all tastebuds. Welsh food writer Simon Wright samples some of the tasty delights on offer...

In a former life I was a restaurant inspector. Coming from Wales led me into some interesting conversations with fellow food commentators about my home country. They weren’t always complimentary. I could put up a neat defence that if you looked hard enough, Wales was a pretty decent place to eat. More recently, I’ve been tempted to call some of them up and start the argument all over again. So much has changed in Welsh food in the last decade. The riches of our agriculture are not new, but the relish to refine and treasure them is more recent; and the results have been stunning. Wales is no longer a pretty decent place to eat, it’s actually quite brilliant and here’sseven reasons why... 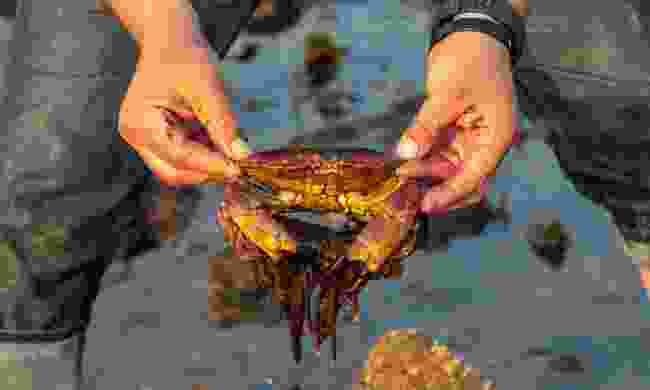 Welsh crab is exported all over Europe (Shutterstock)

Wales has over 1,500 miles of coastline dotted with ports and harbours built on the riches to be found in our oceans. The might of the native fishing industry may have ebbed away over the years but there is a new vibrancy among the remaining fleet of mostly small fishing boats, derived from an increasing appreciation of the sheer quality and variety of the fish to be found in our seas. Few people know that there is enough crab and lobster landed on Welsh shores to satisfy the UK market several times over. Much of that bounty is snapped up by our European neighbours. It’s a strange thought that you could easily find yourself eating wonderful Welsh shellfish in some sun-drenched Spanish village on the Mediterranean.

Trust me, that experience will never compete with the pleasure of eating it within a few hundred yards of where it was landed. Take The Shed in Porthgain where a selfless crustacean could almost crawl from the boat to the kitchen, or The Ferry Cabin in Ferryside, Carmarthenshire – an unpretentious fish and chip joint where you can eat sea bass and dabs from the estuary on which it sits. And the chips are made from potatoes grown on their own farm too.

2. A flurry of festivals 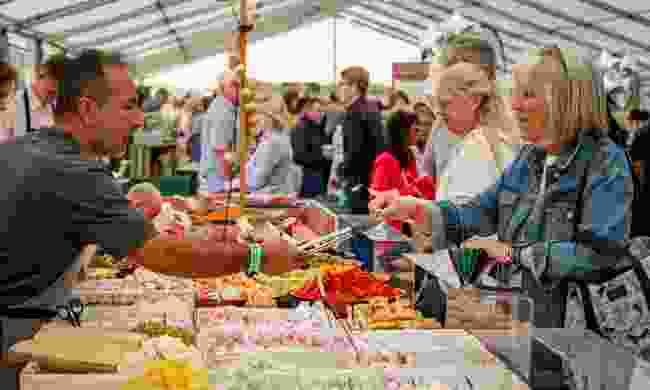 Visit one of Wales's many food festivals (Mold Food Festival)

If you had any doubt that there has been a food revolution going on in Wales a visit to one of the many festivals celebrating the nation’s larder will dispel your cynicism. From the Mold Food Festival in the north-east corner of the country to the Really Wild Food and Countryside Festival at St Davids on the extreme south-west tip, the food map of Wales is lit up with events that are beacons for the nation’s burgeoning food culture. Artisan producers proudly bring their wares from far and near, chefs conjure up dishes determined to do justice to the majesty of the local produce and the champions of good food debate the politics of what we eat and how we should produce it.

Commander-in-chief of these flag bearers for the forward march of Welsh food is the Abergavenny Food Festival held over a September weekend each year, turning the town into a Mecca for food lovers from all over the UK and beyond. 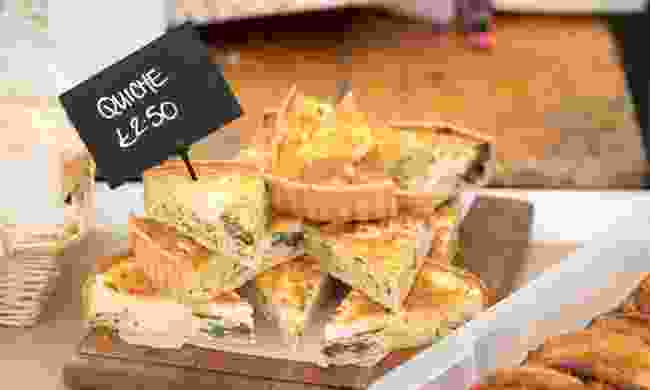 Farmers’ markets have sprung up all over Wales. Many, as one would expect, are located in the market towns of agricultural Wales, providing a direct route to the consumer for local small producers offering everything from fruit and vegetables to bakery goods, beers, rare breed meats and an array of dairy produce. One of the finest is to be found in the Pembrokeshire town of Haverfordwest, with all produce on sale sourced from within a 30 mile radius of the town.

Less predictably, you’ll find some of the best markets in urban communities – a trend exemplified by the Riverside and Roath markets in Cardiff which are as vibrant as any you’ll find in the UK. 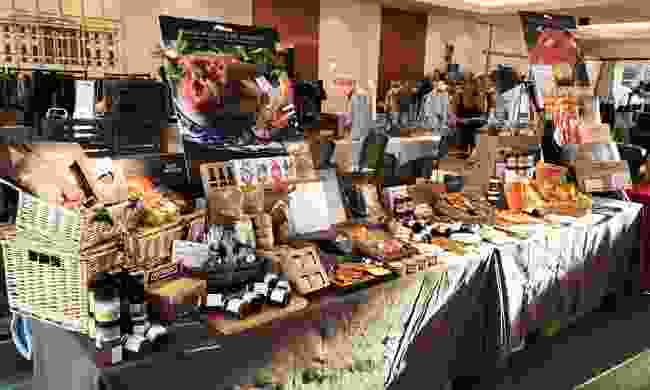 Great food doesn’t happen by accident. It needs people who really care about what they produce, people whose first thought is not the bottom line but top quality. Wales is fortunate to have these lovely folk in abundance – attracted by the quality of the harvest available to them and working to realise the potential that agricultural landscape of Wales offers.

Eat the food and taste the pride and love that has gone into creating it. Take those who produce peerless salt marsh lamb around Harlech or on the Gower Peninsula, or purveyors of organic Welsh Black Beef and rare breed pork. Then there are superb smoked products such as those from Rhydlewis in Ceredigion or the famed Black Mountain Smokery in Crickhowell. The shopping list is almost endless – pates, pickles, bacon, ham, a growing number of brewers of ales and ciders, not to mention a wealth of cheese...

5. Blessed are the cheesemakers 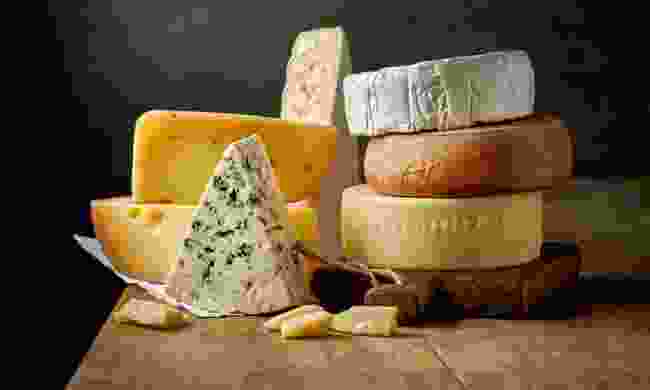 These days, Wales is up there with the best in putting top-notch cheese on the world’s dinner tables. The variety of styles, flavours and textures is as diverse as the Welsh landscape. Everyone will have their own favourite, but personally I’d point you in the direction of Llanddewi Brefi in Ceredigion (of Little Britain fame), where Maugan and Kim Trethowan are indeed the only cheesemakers in the village producing an epic handmade Caerphilly.

Actually, the best advice I can give you is to plant yourself in one of the many delicatessens across Wales that showcase these works of dairy genius. Ask to sample a few delights until you decide for yourself which one makes your biscuit.

6. Putting the ales back in Wales 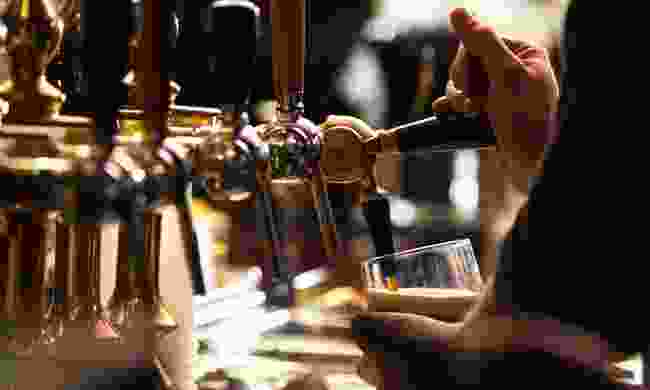 Many real ales are made in Wales (Shutterstock)

Wales is no stranger to brewing. Some of our longstanding traditional breweries continue to flourish. Brains, for instance, was once synonymous with Cardiff – ‘It’s Brains You Want’ is still the reassuringly familiar slogan to be found adorning railway bridges in the city. But it’s now found in bars and pubs far beyond the capital.

The tiny Carmarthenshire village of Felinfoel remains home to its eponymous beer, the first in the UK to be sold in cans way back in 1935. Other names have long since disappeared but some like Rhymney have been resurrected as part of the amber wave of quality brewing that has swept across the nation. Beers like Otley from Pontypridd, Evans Evans from Llandeilo and Purple Moose from Porthmadog are regarded as some of the best real ales in the UK. What’s more you don’t have to go far to find them. All have been embraced by pubs, bars and restaurants recognising their quality and distinctive local character. 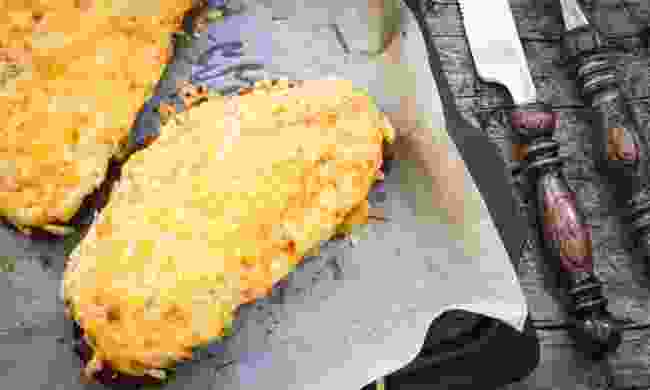 As someone who has an overdeveloped interest in these things, I can say with some conviction that your chances of eating out well in Wales have never been better. It’s not just about posh restaurants. To be honest, it’s rarely about posh restaurants in Wales. Much of the best cooking is to be found in relatively informal environments that concentrate on the honest cooking of top-notch local ingredients, with service that is welcoming but unstuffy. But that’s not to say we don’t have talented chefs here.

Take the supremely talented Stephen Terry at his pub restaurant The Hardwick just outside Abergavenny, the legendary Shaun Hill at the equally renowned Walnut Tree also near Abergavenny, or Bryan Webb at Tyddyn Llan in Llandrillo. These are all chefs that are talked of as among the best in the UK. There are many more outstanding restaurants of a similar ilk that could appear on the itinerary of any food-loving visitor to Wales. But that would still be only part of the picture.

Also on the list could be a wealth of less lionised places, where the food may be simpler but is none the less delicious. Might I tempt you with proper Welsh Rarebit at Cafe Florence in Denbighshire, amazing tapas with a Welsh accent at Ultracomida in Narberth (and Aberystwyth), or dressed freshly landed local crab at the Quayside Tearoom in Lawrenny? These are just a few examples of the irresistible, unpretentious food that typifies the best of eating out in Wales.