Spanning six of Japan's 47 prefectures and with pristine lakes, forested mountains and a rich local culture, there's so much to explore in Tohoku. Start mapping out your trip with our full travel guide...

Tohoku, a vast region in the north of Japan’s largest island, has long been the object of many travellers’ desires. It inspired The Narrow Road to the Deep North, a travelogue published in 1702 by the founding father of haiku poetry, Matsuo Basho. It was the untamed land Isabella Bird explored in her 1878 diary, Unbeaten Tracks in Japan. But even now in 2021, with Japan one of the world’s most sought-after travel destinations, Tohoku maintains its provincial mystique.

Spanning six of Japan’s 47 prefectures, Tohoku is home to three registered national parks, the over 960km Michinoku Coastal Trail, thousands of shrines and temples, sacred mountains and fishing villages lost in time, and conversely, one of Japan’s most bustling metropolitan areas.

Read on for 12 of Tohoku’s top highlights…

Akita Prefecture is an old wayfaring-samurai stronghold and home to Japan’s deepest lake, Tazawa. If the locals and folk songs are to be believed, this quiet northern land is where most Japanese pretty women came from, known as Akita bijin. Elsewhere, Akita is associated with the snarling, red-faced namahage demons of legend, and with the smiling, fluffy-faced dog breed which bears its name. Here are just three highlights of Atika... 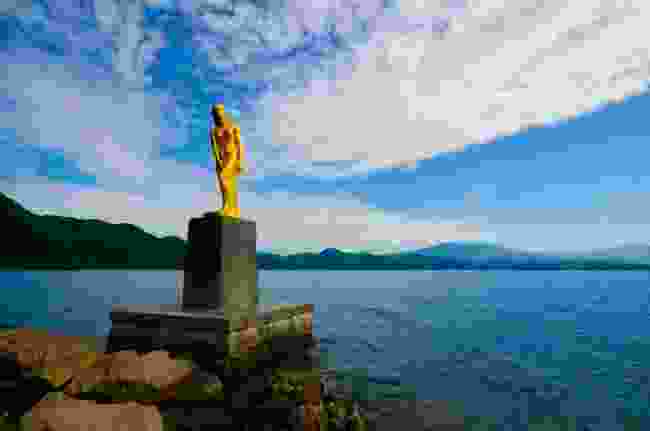 The Statue of the Tatsuko at Lake Tazawa (Shutterstock)

Tazawa, a pristine body of water set within a bowl of wooded hills, is Japan’s deepest lake, plunging to depths of 423 meters at its centre. From viewpoints around the lake’s circumference, you can enjoy sprawling views of the undulating Akita countryside. You can also check out the famous golden Statue of Tatsuko, depicting the resident lady of the lake, who according to legend, transformed into a dragon which still lurks deep under the water’s surface. The best way to experience Lake Tazawa is by kayak or canoe, both of which are available for rent from the adjacent Tazawako Campsite. 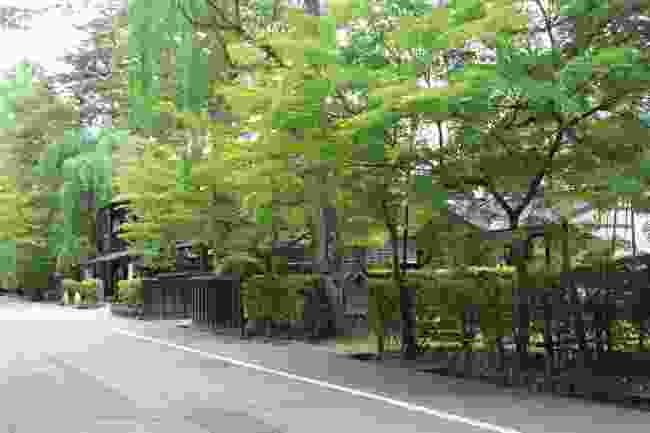 A visit to Akita’s 17th-century Kakunodate Samurai District is akin to travelling back in time. Home to a grove of weeping cherry blossom trees, wood-latticed residences from Japan’s feudal ages, and landscape gardens where elements of Zen Buddhism and Shinto (Japan’s indigenous folk religion) collide, Kakunodate encapsulates the real essence of old Tohoku. Several of the samurai residences are open to visitors, while a 350-year-old festival replete with giant floats and troupes of dancers clad in traditional attire takes to the streets every September. The festival was canceled in 2020 due to the pandemic, but will hopefully be held again in 2021. 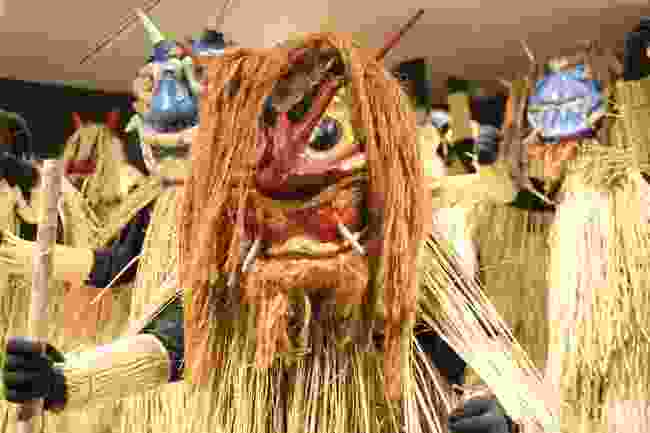 Mamahage are terrifying oni, or demons who wreak havoc through Akita’s villages (Shutterstock)

In a land of wild and wonderful festivals, the Namahage Sedo Festival is among the wildest and most wonderful. As the folklore states, namahage are terrifying oni (demons) who wreak havoc through Akita’s villages, whisk away unsuspecting brides, and scare the living daylights out of mischievous children. Though driven from the land long ago, they reappear in the city of Oga every February during the Namahage Sedo Festival, where men dressed as the mythological beasts go door-to-door warning people against laziness. They are also said to bring protection from illness and disasters, a good harvest, and plentiful food from the mountains and sea. During the festival, people also play Namahage Daiko (Japanese drumming) as a folk art combining Namahage and Japanese Drum, and reenactments of old tales in the snow-cloaked forests are shown throughout the month.

One of the most devastated regions by the Great East Japan Earthquake of 2011, Iwate is still in the throes of a startling, decade-long recovery. The prefecture found fame as a host city for the 2019 Rugby World Cup, but it’s also home to two registered national parks and a wealth of activities for outdoor adventurers, such as hiking, mountain biking, canyoning, rafting, and much more… 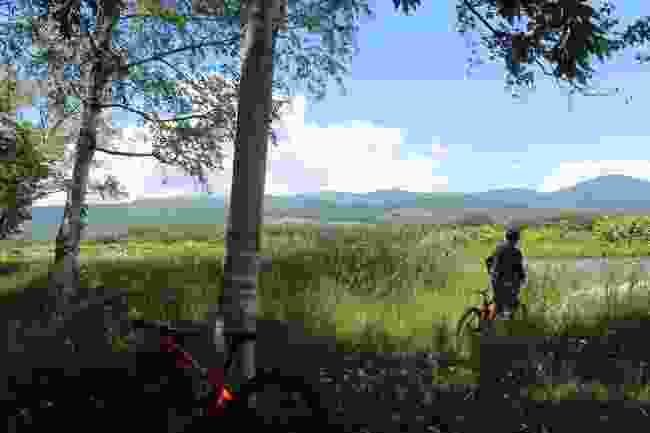 Mountain biking, one of the extreme sports on this year’s Olympic roster, is a favoured local pastime in the rural reaches of Iwate Prefecture. In Hachimantai, where the sacred slopes of Mt. Iwate lie, mountain biking courses and scintillating views abound. Rent top-of-the-range bikes from the LODGE CLUBMAN and go romping through the nearby hills. Biking routes in the area vary in difficulty, from beginner courses to vertigo-inducing trails more suited to mountain veterans. Guides are also available from the lodge. 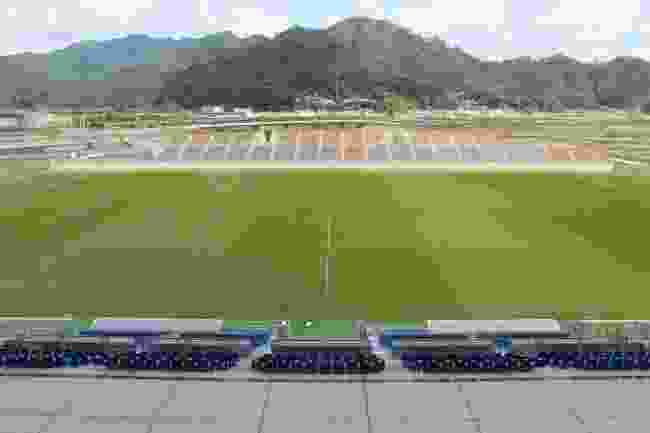 In 1959 an association of workers founded the Fuji Iron & Steel Kamaishi Rugby Club (now Kamaishi Seawaves RFC). By the 1980s they were one of the nation’s top rugby outfits, winning the All-Japan Rugby Football Championship multiple times and earning themselves the nickname ‘The Northern Iron Men.’ Their home ground is the Kamaishi Unosumai Memorial Stadium (Kamaishi Recovery Memorial Stadium), an impressive 6,000-seater arena plonked in an otherwise anonymous stretch of rural Iwate. Built on the former site of a school demolished by the 2011 earthquake and ensuing tsunami, the stadium is a symbol of the recovery efforts and resolve shown by the Kamaishi locals in the face of incalculable devastation. A must-visit for Tohoku travellers. 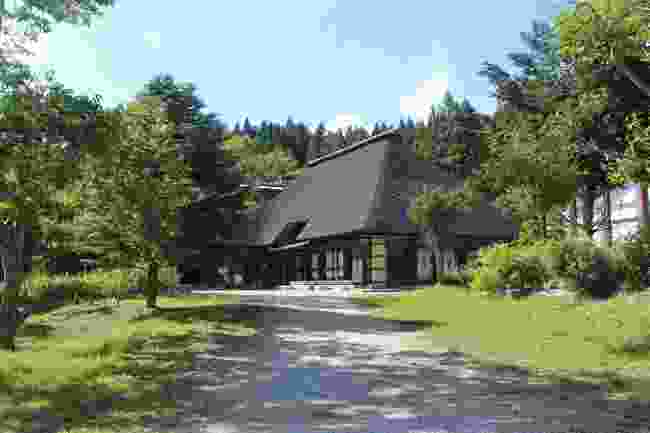 For those who dream of returning to a more pastoral, Hobbit-esque lifestyle, head to Akita’s Tono Furusato village. This recreated mountain hamlet operates as a folk museum which harkens back the pre-industrial era. Within its scenic confines you’ll find a churning water wheel, rice paddies, wooden homesteads with sunken hearths, wandering horses, and a pantry’s worth of fresh plants, herbs and berries ripe for the picking. You can also try a variety of hands-on craft workshops to experience the life in a mountain village.

Miyagi Prefecture is home to Tohoku’s largest city, Sendai, a bustling metropolis which stands in stark contrast to the otherwise natural visage of the region. You’ll also find a rocky bay which doubles up as one of Japan’s top sunrise spots, towns and cities deeply rooted in their samurai ancestry, and unique culinary specialties from sugared and blitzed edamame beans to beef tongue smorgasbords. Here are three highlights of Miyagi. 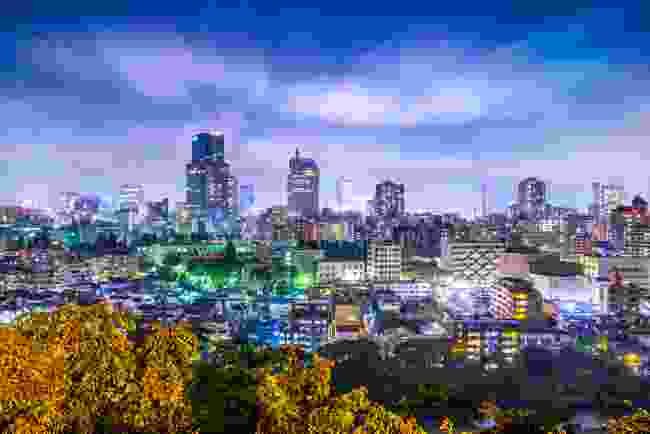 As well as being Tohoku’s major entertainment, retail and nightlife hub, Sendai is also a host city for the delayed Tokyo 2020 Olympics. The 49,000-seater Miyagi Stadium hosted football at this summer’s sporting showcase, while the Olympic Torch was held aloft at the Sendai City Track and Field Stadium in late June. In the city outskirts, you can visit Miyagi Stadium, whose sweeping design resembles the crescent-horned helm of Date Masamune, the former daimyo (feudal lord) of Sendai. Before you leave Sendai, sample the local food: gyutan (beef tongue), zunda mochi (sweetened edamame and pounded rice cakes) and Otokoyama nihonshu (rice wine) are all must-trys. 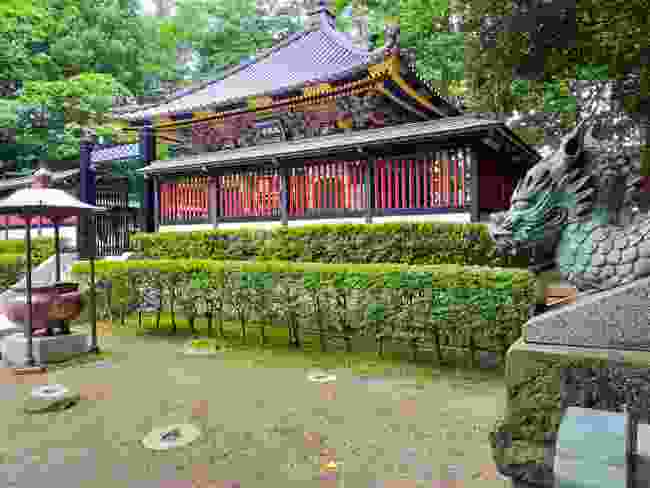 The legacy of Date (pronounced da-te) Masamune has been immortalized in a grand mausoleum in southern Sendai: Zuihoden. One of the most powerful daimyo of the Edo Period (1603 – 1868), Masamune led the Date family for over half a century after assuming control at the tender age of 18. Also known as the 'One-Eyed Dragon', he was a sage tactician, fearsome warrior, and prolific scribe. The main burial hall at Zuihoden is a grand structure of interlocking beams and colourful mythological iconography surrounded by grave totems honoring the warriors who committed ritualistic suicide upon their master Masamune’s death. 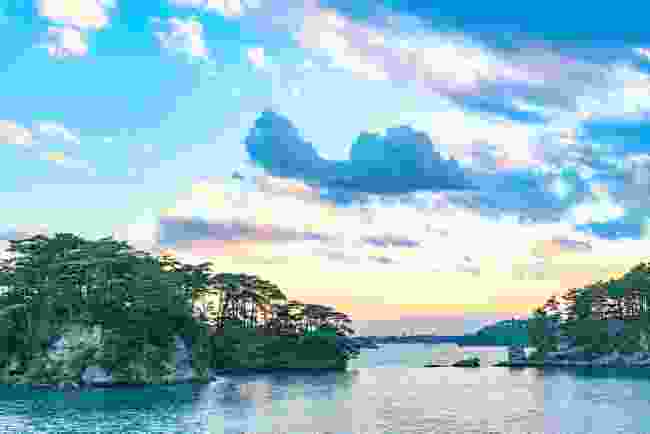 Half an hour from Sendai, you’ll find Matsushima Bay, an area of 260 tree-topped islets scattered along a mirror-like sea. It was said to have left Matsuo Basho, a man whose literary legacy was built upon eloquence, at a complete loss for words. In homage to Japan’s poet laureate, you can jump on a Matsuo Basho boat tour which traces a course through the islets in the bay. And if you’re a morning person, head down early to catch the iconified Japanese sunrise painting the sky in fiery hues, a memorable finale to any trip to Tohouku.