Make a splash! 7 watery adventures to have in Tobago

Tobago’s marine experiences know no boundaries, whether it’s being wowed by breathtaking bioluminescence or learning to ride a big wave. Here are seven watery adventures to enjoy while you’re there…

1. See bioluminescence from a stand-up paddleboard 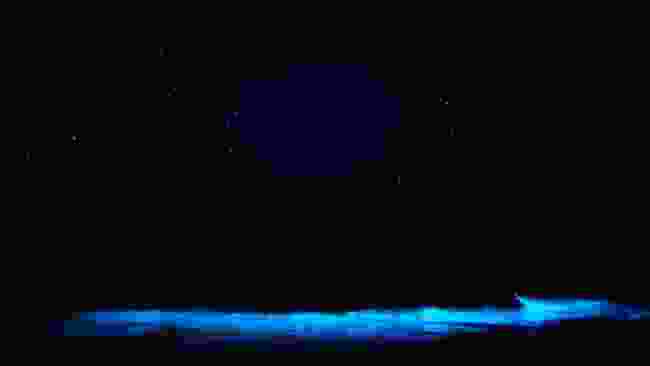 Stand-up paddle boarding during the day is one thing, but experience paddling in Tobago’s watery fringes after dark will completely turn the experience on its head. Once night falls, the Bon Accord Lagoon’s sheltered waters are streaked by an electric blue; the bioluminescent plankton inhabiting the sea below your board, one of the world’s most unique natural phenomena. Every stroke of your paddle is like flicking a neon-tinted switch as the plankton shimmer like strobe illuminations beneath your feet, creating a watery light show. This is Mother Nature at her magical best, and you'll likely be tempted to jump in so you can join the party. 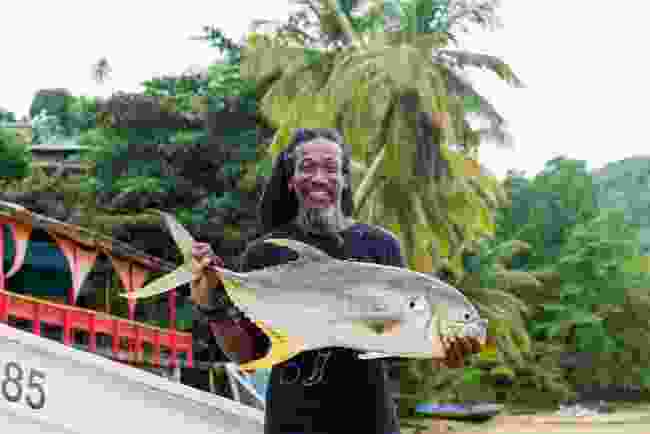 Much of Tobago’s cuisine revolves around fish, so it makes sense to try your hand at catching your own supper while you’re there. Castara Bay and Charlotteville are two of the best places to base yourself for a deep-sea fishing trip, with several half-day or day tours departing their shores, all operated by local fishermen with netfuls of experience. Tuna, mahi-mahi and barracuda are just some of the fish that could be among your catch of the day. Castara’s lively market offers the full fish experience, where you can watch them being caught, prepared, sold and cooked all in one day and best of all, eat them. 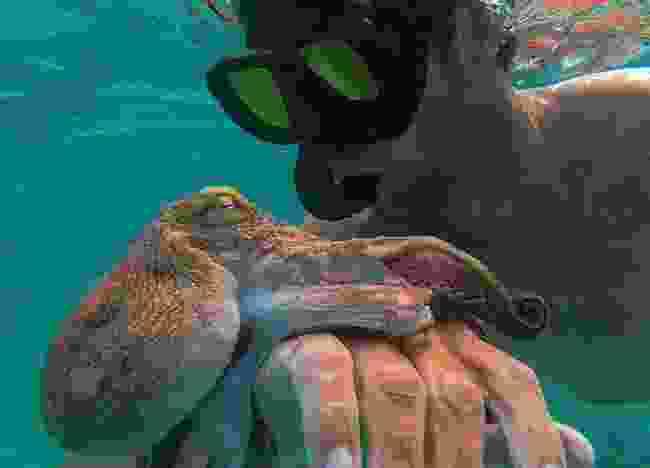 Tobago’s waters are handsomely stocked with rainbow-hued reefs, each teeming with aquarium-like numbers of marine life. If you’re not an experienced diver fear not, the island is replete with numerous underwater treasures that can be found close to the shore, making them perfect for beginners.

Just seconds from the beach, the shallow waters of Arnos Vale Reef are considered one of Tobago’s finest snorkelling hotspots, where your eyes will be greeted by a kaleidoscope of neon-hued coral. Myriad crayon-coloured fish flit around coral-encrusted boulders and though the reef is only a little more than 200m in length, the sheer number of creatures you’ll encounter – pink sea urchins, barracuda, squid and more – is unbelievable. Snorkellers can also discover vibrant fish and giant coral sponges that lie within Pirate’s Bay, a quieter alternative that few others know about.

4. Paddle out on a glass-bottomed kayak 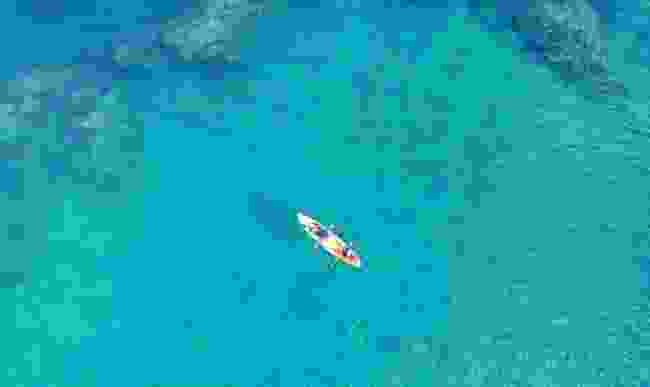 The bright corals, iridescent sponges and shoals of exotic fish of Buccoo Reef are a magnet for enthusiastic snorkellers, but the ecosystem’s proximity to the surface means they’re at risk of being damaged by careless flippers and flailing arms. A paddle in a glass-bottomed kayak offers the best of both worlds: the chance to see this fragile underwater world of mangroves, reefs and tropical sea life in all their glory while being safe in the knowledge that you’re protecting its future at the same time. The consistently calm waters mean there’s no danger of aching muscles, leaving you to concentrate on the magical marine window beneath you. 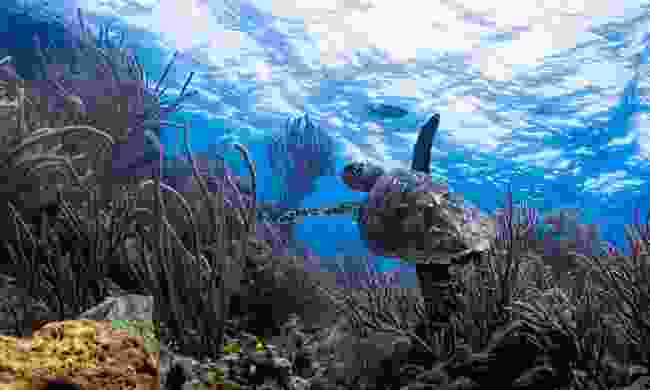 Comprising a trio of sites, Mount Irvine off Tobago’s south-western coastline is a haven for divers. While the lobsters, crabs, eagle rays and tropical fish may be aplenty, the hawksbill turtles are the real celebrities in these waters. Once you glide past the rocky outcrops of Mount Irvine Bay you’ll reach what’s known as the Extension, a deeper dive site filled with crayon-coloured coral alive with moray eels and snappers. It’s here where you’ll also find the turtles, whose calm nature means you’re afforded the rare opportunity to swim alongside them for epic up-close encounters you’d rarely find anywhere else. 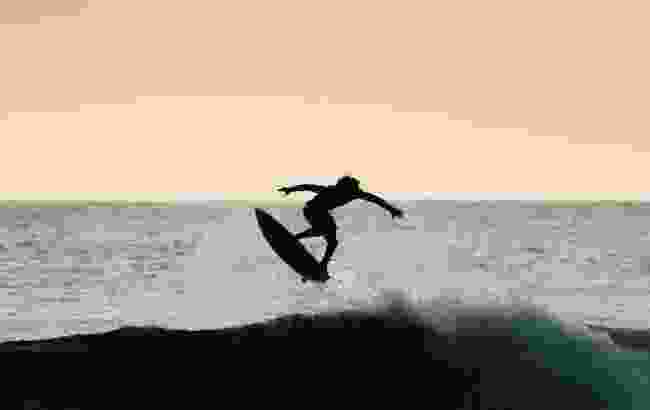 The Caribbean is one of the coolest places on the planet to go surfing and Tobago is no exception. The golden beach of Mount Irvine is where the waves are at their grandest and there’s not a single day where you won’t find a local trying to ride one. December to March marks the peak surfing season, where the ocean swells feed the biggest waves and crowds gather to watch surfers test their skills on the largest crests. Even if you’re not a surfer, it’s a thrilling atmosphere to be involved in and the beach cabanas and almond tree-pocked sands provide the ideal setting to watch an eye-popping crimson sunset.

7. Stand in the middle of the ocean 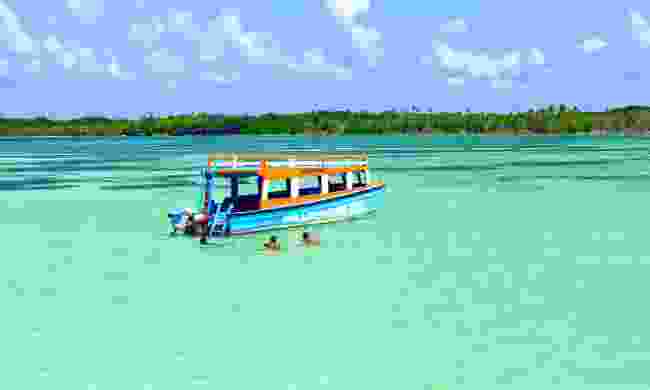 Found a mile off the coast of Pigeon Point and reached by glass-bottomed boat, Nylon Pool is one of nature’s oddities. Despite being so far away from land, you’re never more than thigh-deep in water at this coral pool in the middle of the ocean. Just by floating or standing in its calm shallows garners a sense of enjoyment, mainly because your mind tells you it shouldn’t be possible. Princess Margaret coined its name on her honeymoon in 1962, deeming its waters as clear as nylon and locals also share a keen interest in its purity – legend has it, a swim in Nylon Pool will shave 10 years off your age.