Food, more than perhaps any other travel experience, connects us with a destination in a natural and deeply enjoyable way, whether the main purpose of a trip or a lovely sub plot...

In Latin America, gastronomy is a hybrid that combines historical influences from all over the world with produce from the soil and seas, skies and rivers of the continent. Here are eight edible experiences to add to your bucket list…

1: Buenos Aires: do a parrilla tour 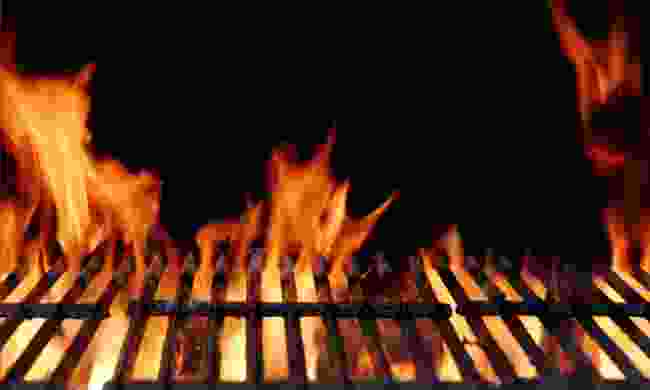 Flames on a barbecue (Shutterstock)

The idea of the ‘sacred cow’ takes on a whole new meaning in the Argentine capital. The parrilla – a word that translates as both steakhouse and grill – is one of the most important Buenos Aires institutions, rivalling the corner café for its place in the hearts of porteños – the city’s 11 million, largely omnivorous, residents.

There are parrillas in every barrio (neighbourhood), ranging from spit-and-sawdust popular eateries, such as El Desnivel in San Telmo, to slick Palermo restaurants like Don Julio, which wowed critics at home and abroad. Classic entrées include chorizo sausage, sweetbread and melting provolone cheese – all quite filling, but merely the prelude to a big rump, a xylophone of ribs or a parrillada (a mini grill featuring a feast of cuts). Malbec wine is obligatory. Salad and some roughage are also recommended. On a dining tour, you’ll see how parrillas fit into their locales and attract different crowds, and also learn how to season and barbecue the gaucho way.

2: Mexico City: from street eats to cantinas to fine dining 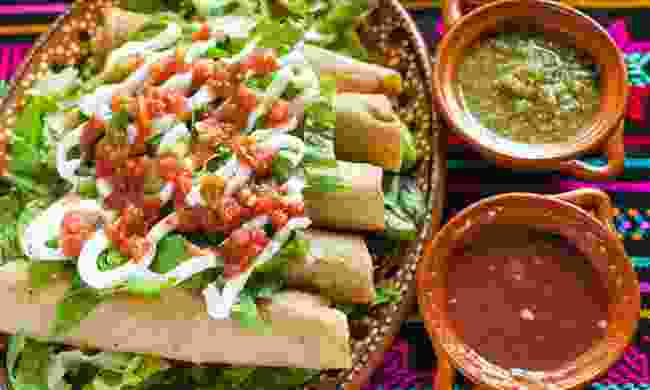 Mexican is rightly recognised as one of the world’s great cuisines — up there alongside French, Italian, Turkish and Chinese. Influenced by Spain and Italy, Africa and the Levant, it is richly supplied by a larder that stretches from the wine-making wonderlands of northern Baja California to the coffee-growing cloudforests of Chiapas. Add to this the agave-studded flatlands of Yucatán, the hundreds of hot chillis, the divine chocolatl of the Aztecs and the maize that is staple and a symbol of mexicanidad, and you have a cuisine that is spectacular, delicious and dizzyingly diverse.

Mexico City, the nation’s hub, is the epicentre of produce as well as cheffing – some of Latin America’s best high-end restaurants, such as Pujol and Quintonil, are here. But to eat like a Mexican, start on the streets where stalls on corners feed the capital’s 21.2 million people every day on stuffed tacos, blue-corn tlacoyos and scrumptious tamales. If you want to rest your weary legs after hiking the mega-city grid, cantinas are a mix of humble eatery, bar and café – great for a beer and a botana (appetizer), such as shrimp soup or meatballs in chipotle chilli — or, for the brave, roasted fat-bottomed ants. 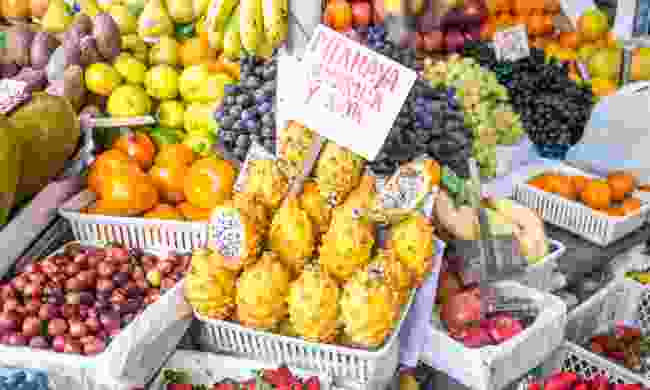 During the last 15 years, Peru’s sprawling coastal capital has evolved into arguably South America’s premier gastronomic destination. Star chef Gastón Acurio (whose HQ Astrid & Gaston is a must-visit for foodies) played a leading role, as did the sudden global popularity of ceviche – healthy raw fish (usually Pacific bass in Lima), marinaded in lime, with onions and a few chillis added to create a salsa known as ‘tiger’s milk’.

But Lima always had potential, thanks to the impressive resources available in Peru; award-winning Central offered for a time a tasting menu called Alturas that sampled 17 dishes from all the ‘altitudes’ of the country, from the bottom of the sea to the top of the high plains, by way of the Amazon, the lush Cusco valleys and the deserts of the west. Add in the large Chinese population, a dash of Italian and a sprinkle of fiery pisco, and you have a very lavish fusion food. A food-themed tour of Lima should take in the wonderful neighbourhood markets, the Chinese cheap and cheerful Chifa eateries, and – purses permitting – the classy dozen or so auteur restaurants; across the board you’ll eat like an Inca emperor. 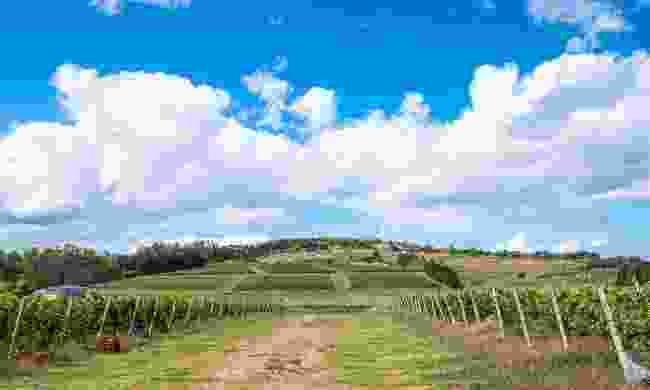 View over a stunning vineyard (Dreamstime)

Tannat was hardly a household name until Uruguay’s savvy winemakers resuscitated the firm but fruity grape some 20 or so years ago (though it arrived a century before then with Basque settlers). Lacking mountains or even serious hills, dry gravelly soils, babbling streams or any of the other natural attributes found in most wine-growing regions, the producers of Canelones, Rocha and the other areas had to work wonders with old vines and clever science.

Exploring the wineries and olive oil presses (olives love the same sunny climes) fits neatly into a circuit of the country’s most enticing towns and cities: former Brazilian outpost Colonia de Sacramento; sleepy Carmelo with its vintage cars and laidback vibe; and Montevideo, the convivial capital and second city of Tango. There’s also the Atlantic coast, where there’s great gastronomy, as well as a cool, sophisticated wine scene all the way from La Barra to San Ignacio, and up to tiny Garzón, where a restaurant of that name overseen by Argentine veteran celeb chef Francis Mallmann continues to make waves. Once you’ve tried the gourmet food, decamp to a steakhouse or bar for Uruguay’s national dish – the chivito or steak sandwich, superb with a glass of that national drink. 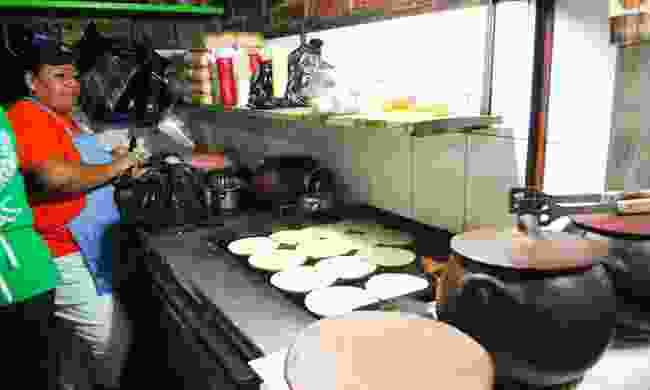 Central America’s most underrated country is friendly, cheap and cheerful. Nothing embodies this quality of the Salvadoran personality more than a pupusa – a thick cornflour tortilla that comes filled with cheese, chicharrón (shredded seasoned pork with crackling), refried beans, or a combination of all three – when it’s known as pupusa revuelta.

The dough is similar to that used in Mexican tortillas, but to learn how to roll them out and slap the pie-discs around, you should take a cooking class in the quaint colonial town of Conchagua on the flanks of the El Salvador volcano. On the road, you’ll have plenty of opportunities to compare your own confections with those of the grand-masters of pupusa-making. Make sure to visit, while here, El Imposible National Park (ideally with a birding guide), and Suchitoto, another colonial gem – and also full of pupusa stalls. 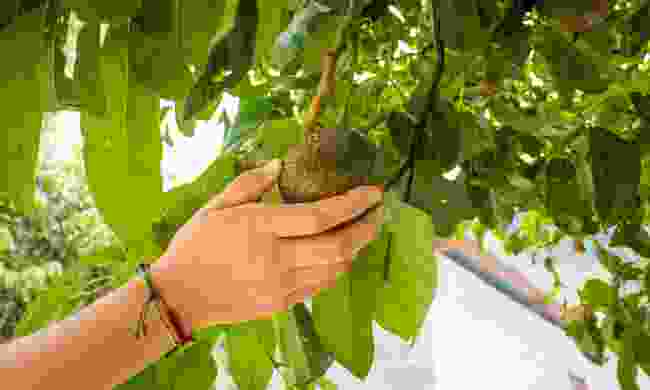 Fed up of splashing out more than you ought for hardish, watery avocados at the supermarket? Then welcome to avocado – or aguacate – heaven. Balmy Guatemala grows millions of them — as you explore former capital Antigua, you’ll witness the processes involved in cultivating them, from flowering to harvesting, and from classification through to maturing, packing and distribution.

You’ll also have the opportunity to taste the ripest, creamiest fruit and learn how to make its signature product, guacamole – which simply means ‘avocado sauce’.  You can also kick back in a coffee-garden with beautiful mountain views, before heading back to Antigua – which has a fun chocolate ‘museum’ where you can learn to roast, crush and cook cacao, as well as make your own chocolate bars. 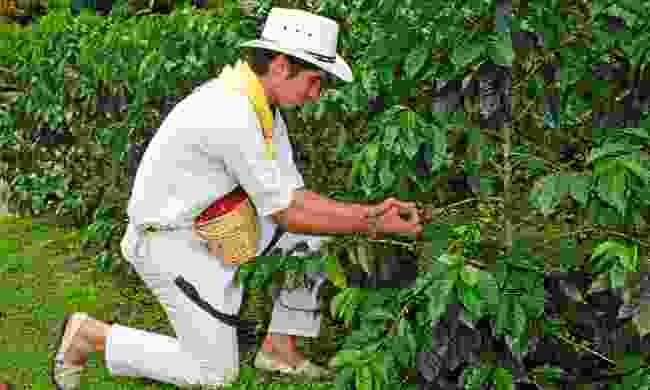 Colombia’s ‘eje cafetero’ or coffee axis – often dubbed ‘coffee triangle” in UK media in reference to the three cities of Pereira, Manizales and Armenia – is an archetypal South American, subtropical region of undulating bottle-green hills adorned with towering wax palms. Across this rustic idyll, dozens of coffee fincas (farms) use traditional methods to produce the country's most celebrated export.

Visiting a working coffee hacienda to see the production process first-hand — from the picking of ripe coffee ‘cherries’ to the various stages of sorting, grading and roasting — is a wonderful way to connect with the land, the growers, country traditions. After, you’ll no doubt be invited to try the hearty paisa cuisine — sampling the freshest brew on the planet, made from beans roasted that morning. 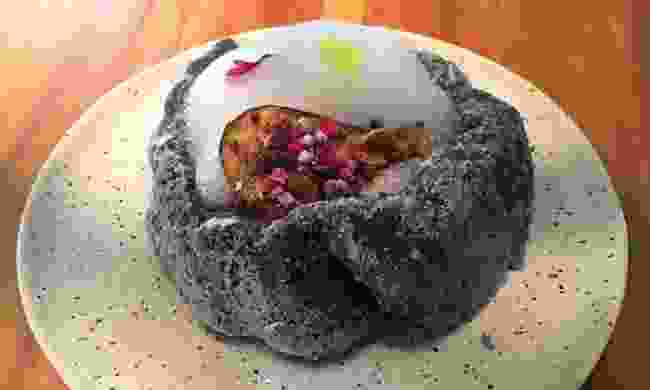 The story of Latin American gastronomy mirrors that of its societies. The arrival of Spanish and Portuguese conquistadors, as well as other European migrants and African slaves, introduced new ingredients, new techniques and new agriculture. The so-called ‘Columbian Exchange’ brought livestock, wheat, rice, bananas, mango, citrus fruits and wheat to the Americas; the resulting ‘criollo’ cuisine ranges from Argentine steaks to Brazilian chicken stews to Mexican pork dishes.

While this traditional European-skewed diet remains popular and mainstream, in recent years some of Latin America’s best young chefs have emphasised native produce to develop new Andean, native and fusion cuisines. The indigenous American food basket is a rich one, containing everything from amaranth, avocado and beans, to cacao, cassava, chilli peppers, papaya, peanut and dozens of types of potato. Innovative restaurants such as Tegui in Buenos Aires; Maido in Lima; and D.O.M in São Paulo should feature on any hit-list for those who want to sample the most daring cuisines in the continent. Check out the S.Pellegrino-sponsored top 50 list for more fine dining ideas.