Back to nature: 5 ways to experience Taiwan’s great outdoors

From climbing and cycling through the mountains to snorkelling in the life-filled waters, these are the best ways to enjoy Taiwan's natural landscapes...

Most people picture Taiwan in the form of its sprawling capital, Taipei – a 24-hour urban jungle, punctuated by high-rise buildings, historic temples and the energy of more than 30 food-loving night markets.  But this is only a fraction of Taiwan’s irresistible lure. The country is actually more forest than metropolis, with 70% of the land covered in mountains, and a scattering of far-flung islands to explore too. For a country just half the size of Scotland, it’s big on adventure, whether you’re looking to hike, bike or just get back in touch with nature. Here are a few ways to explore this beguiling island...

1. Cycle around the country 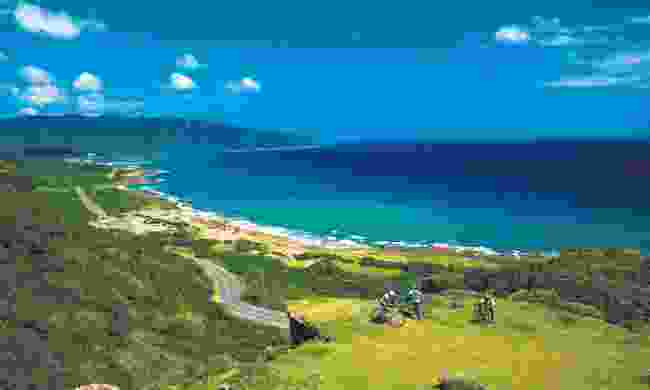 Taiwan is prime cycling territory. The wide-open vistas, ocean breezes and smooth roads that cut through (rather than over) the mountains make it a joy to cycle here. With a circumference of just 1,000km, biking around the entire country is very achievable. The well-mapped route can easily be completed in under two weeks, with plenty  of time for sightseeing in the national parks and scenic towns along the way.

The route begins in Taipei, heading through rice fields and cloud-capped mountains as you pedal towards the golden shores of the south. You’ll pass through the East Rift Valley – where fields of lemon-coloured flowers stretch for hundreds of kilometres – and along the turquoise coasts of Dapeng Bay, dotted with coral islands and mangroves. The roads are well-maintained, and despite the terrain, the cycling is fairly gentle, with comfy bed and breakfasts to rest up in each night and refuel at each morning. 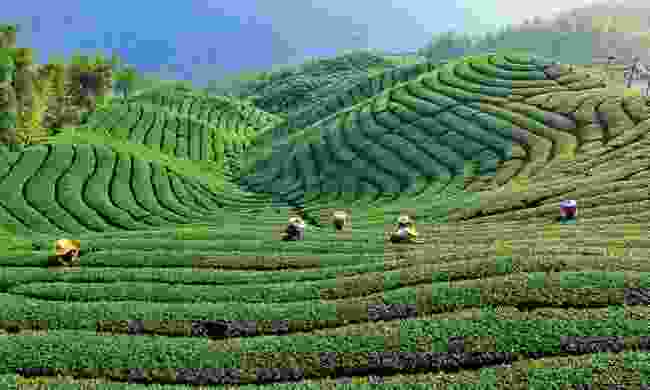 If you don’t have the time (or indeed the stamina) to circumnavigate the whole island, there are plenty of shorter routes to enjoy. Highway 11, for instance, is an exhilarating three-day ride between the cities of Hualien and Taitung. The route winds along the east coast, where the quiet fishing villages reveal a tantalisingly slower pace of life. You could also tackle the Kenting loop at the southern tip of Taiwan, where the mountains almost meet the sea. Wherever you decide to bike, be sure to stop at one of the many emerald tea fields that speckle the country for a truly unforgettable cuppa. With 2021 being the official ‘year of cycling’ in Taiwan, there’s no better time to start planning. 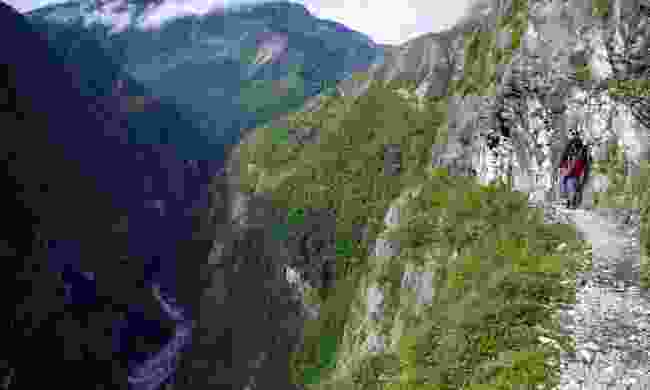 It’s rare to find a country so rich in nature, and yet quite so underappreciated by the outside world. As you hike Taiwan’s wide-open trails, you’ll wonder why more people haven’t caught on.

Start easy, with a 30-minute ‘climb’ up Elephant Mountain (183m) to the east of Taipei. It’s best to do this at night, when the pathway is lit by lanterns: from the top, a tangle of neon lights unfolds, with the enormous Taipei 101 tower (once the tallest building in the world) shining at the centre.

Once you’ve got your taste for heights, there are plenty of other trails to tackle. The Zhuilu Old Trail – weaving through Taroko National Park – is one of the most thrilling. Clinging to a cliff-face, with some sections no more than 50cm wide, it’s terrific and terrifying in equal measure. Then there’s Snow Mountain (3,886m), Taiwan’s second highest peak, which blooms purple with rhododendron flowers in May. As you climb, you’ll pass through arrow bamboo groves and black forest, where black bears and Muntjac deer roam. From the top, you can take in sweeping views of the undulating peaks.

To really get your head in the clouds, climb Jade Mountain (3,952m) – the highest in Taiwan. Aim to summit at sunrise, when the light tints the clouds pink and gold at your feet. 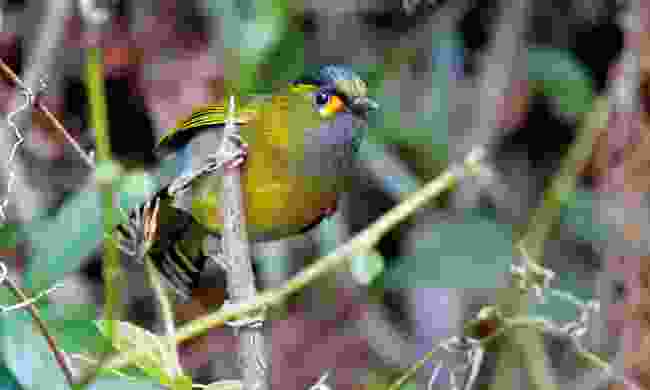 Spot birds such as the steere’s liocichla (Taiwan Tourism Bureau)

Twitchers rejoice: Taiwan has the second highest bird density of any country in the world, making it easier to spot the island’s nearly 700 species – 30 of which are endemic to Taiwan. One of the best places to go birding is little-visited Orchid Island, which lies 90km off the coast of south-east Taitung. This volcanic isle shelters migrating birds and endemic subspecies, some of which aren’t even found on the mainland. You’ll likely spot Taiwan green pigeons, Japanese paradise flycatchers and Lanyu scops owls here.

4. Get the pulse racing 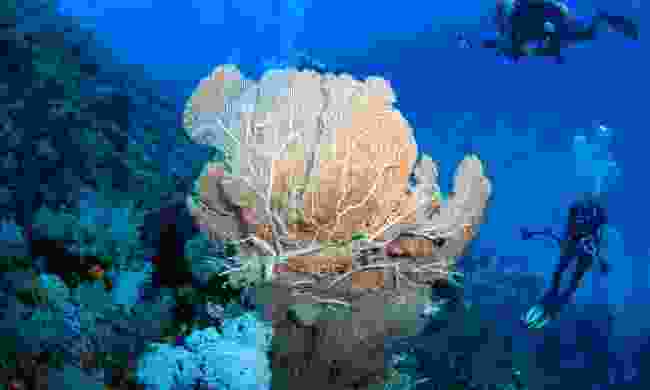 If birdwatching isn’t for you, there are countless other ways to immerse yourself in nature. Why not have a go at diving? Boasting year-round visibility and incredible marine-life including pufferfish, barracuda, turtles, sea snakes and spotted rays, Taiwan’s underwater worlds will not disappoint. For an extra thrill, visit Green Island in spring to see the huge crowds of hammerhead sharks that come here to breed.

Alternatively, challenge yourself with a marathon. The Taroko Gorge Marathon, which takes place every November, has to be one of the most scenic marathons in the entire world.

5. Bathe in a hot spring 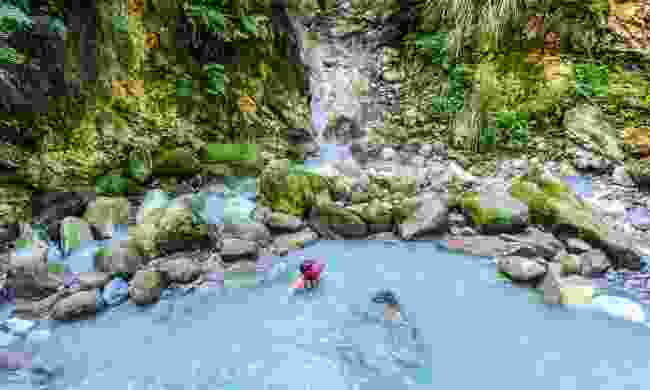 Bathe in a hot spring in Yangmingshan National Park (Shutterstock)

For the ultimate natural experience, go hot-spring bathing. Taiwan is ranked as one of the world’s top hot spring sites. Here, steaming water bubbles from the ground in a multitude of gratifying ways. There’s arguably nothing better – after a day of hiking, biking or birding – than sinking into a hot- spring bath, letting Taiwan’s sights and sounds of nature soothe your cares away.