Taipei is a must, but there's far more to Taiwan than just its buzzing capital. Discover five alternative cities well worth exploring...

While no trip is complete without a few days in Taipei, Taiwan’s other cities are just as thrilling – with sights, culture, and fantastic food aplenty. Here are five of our favourite little-visited cities....

PLUS, read to the end to download your complimentary e-guide to Taiwan, with more culture highlights, as well as need-to-know travel tips, top outdoor adventures and more…

Location: A three-hour drive from Taipei, on the southwest coast 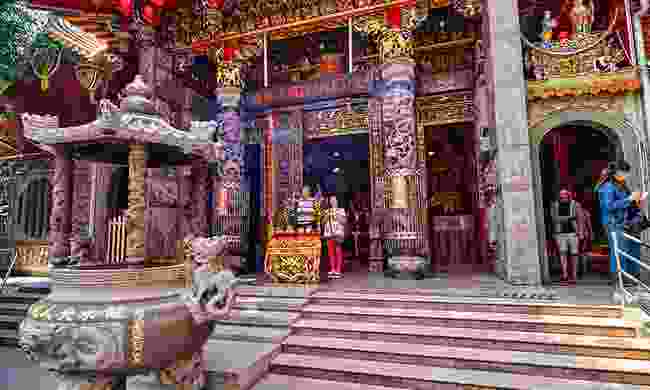 More like a living museum than a metropolis, pretty Tainan is Taiwan’s oldest city – and its architecture, galleries and canals tell enthralling tales of times gone by. Follow the waft of incense to Anping, in the west of the city, to discover spectacular religious relics: from the tiny stone Wind God Temple to the mighty Official God of War Temple – one of Taiwan’s most impressive shrines, with priceless gold artefacts and rose-coloured interiors. Old merchant houses, dating back to the days of Dutch occupation in the 17th century, are now atmospheric old hotels and independent museums – while the Five Canals, the former trading centre of Dutch Anping, have been transformed into an arty quarter of galleries, shops and cafés.

Location: A six-hour drive from Taipei, on the southeast coast 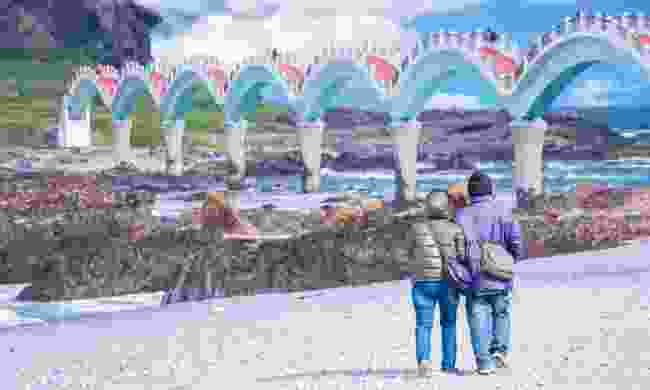 With the hot springs of Zhiben on its doorstep, nature-rich Green Island just off-shore, and the Highway 11 coast road (one of Taiwan’s best road trips) heading northwards from the city, there are plenty of reasons to leave Taitung – but you’d be foolish not to linger for a day or two. Sandwiched between the ocean and mountains, Taitung has a laid-back, bohemian style: think arty café-galleries, quirky B&Bs, and great seafood restaurants. The sea is too rough for swimming in, but you’re not here for a beach holiday anyway: instead, head for a dip in Huoshui Lake in Taitung Forest Park — a tranquil freshwater pool surrounded by forest and gardens.

Location: A four-hour drive from Taipei, on the south coast 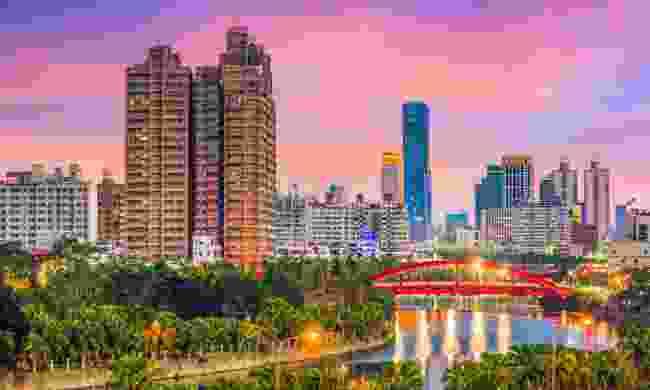 If you’d visited Kaohsiung in its industrial heyday, you’d find it unrecognisable now: this once- gritty city has cleaned up its act, and is now a joy to explore. The old warehouses of Pier-2 have been transformed into art galleries and vintage boutiques, while the pristine 1,000-acre Chaishan Nature Reserve offers forest hikes on your doorstep – and the whole city is easy to navigate cheaply using its bike rental system (you’ll find hubs at all major metro and train stations). Kaohsiung’s two swimming beaches are also a hit with visitors and locals alike. To see the city at its creative and charismatic best, catch the Art Kaohsiung Festival and the International Container Arts Festival – both in December.

Location: A two-hour drive from Taipei, on the west coast 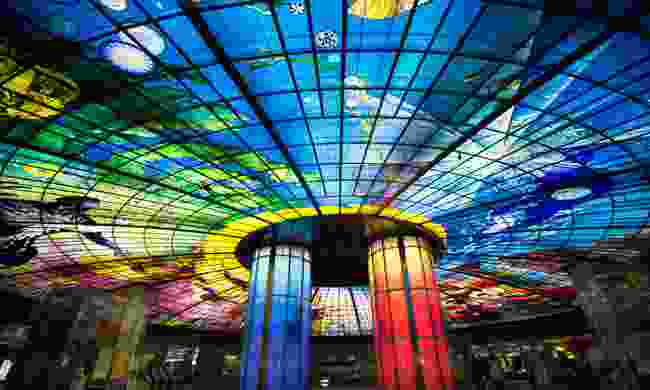 The Glass Matsu Temple in Lukang, with 70,000 pieces of glass (Shutterstock)

This small, traditional city is far sleepier than its west coast neighbours, but it’s home to some of Taiwan’s most magnificent temples. Lose yourself in Longshan Temple, with its 10,000 square-metre complex of ornate halls, hand- carved deities and gilded prayer rooms – all of which date back to the 18th century. The Glass Matsu Temple, meanwhile, is constructed from 70,000 pieces of glass: it’s particularly magnificent at night, when the entire complex is lit by LED lights. While the manufacturing metropolis of Taichung is a stone’s throw away, Lukang’s exports are much more humble: don’t miss Wu Tun-Hou Lantern Shop and Mr Chen’s Fan Shop (both on Zhongshan Road) for a handmade piece of Taiwanese treasure.

Location: A 45-minute drive from Taipei, on the north coast 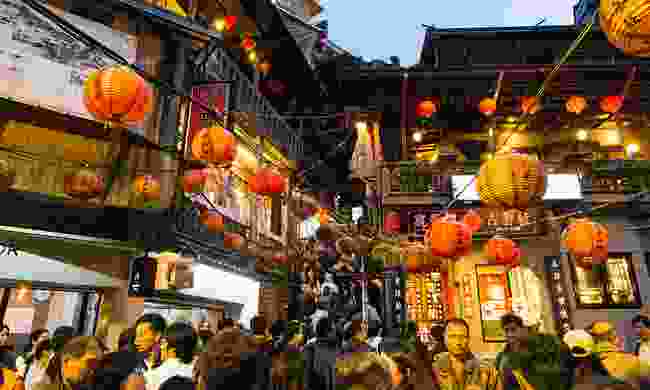 Slip away from the bright lights of Taipei to discover Jiufen — a mountainous settlement 40 minutes from the capital, surrounded by waterfalls, forest and dizzying peaks. Believe it or not, this peaceful spot (a township, rather than a true city) was once a thriving metropolis known as ‘Little Shanghai’, thanks to its prosperous gold mining industry in the 1930s. Today, you can wander through the old mining tunnels and trace the area’s rich heritage at the Gold Museum – part of the beautifully-restored Gold Ecological Park. It’s like stepping back in time, with Japanese-era architecture and the chance to pan for your own treasure. You could strike lucky: an estimated US$6billion of gold still lies beneath these hills...

Want to discover more about Taiwan?

This complete PDF will tell you everything you need to know to plan your own Taiwan adventure.