From an epic yacht race in January and whale watching in February to the glittering Festival of Lights in December and everything in between, St Helena is packed with adventures all year round...

A lonely island floating in the big blue of the South Atlantic Ocean, St Helena is the UK’s furthest-flung outpost. After defeat by the British at the Battle of Waterloo, Napoleon was exiled here to live out his final days. He’s become the island’s most famous resident and 2021 marks 200 years since his death, making now the ideal time to visit this wild isle. Plenty of walking, wildlife and celebrations make St Helena a year-round destination – here’s our month-by-month guide on what you can do when… 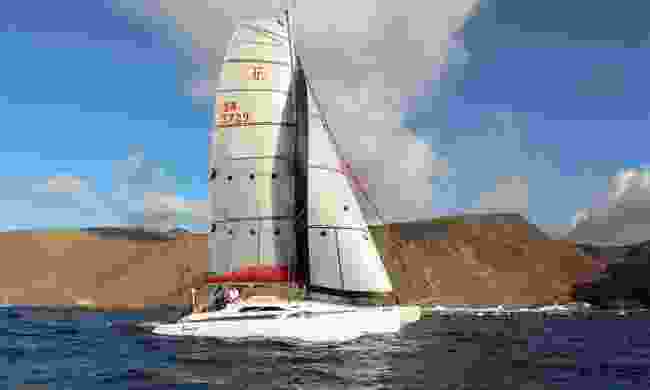 Before St Helena’s airport started operating in October 2017, a five-day boat crossing was the only way to reach this remote isle. For the romantics among us, by sea is still a dreamy way to travel but if you want to celebrate it without eating up your annual leave, then cheer on the intrepid sailors contesting the Cape to St Helena 2020 yacht race. Starting in December 2020, they’re due to reach the island in late January 2021. If you can’t wait that long, St Helena is a week-long pit stop from January 18-25 2020 for those competing in the round-the-world World Arc Rally. 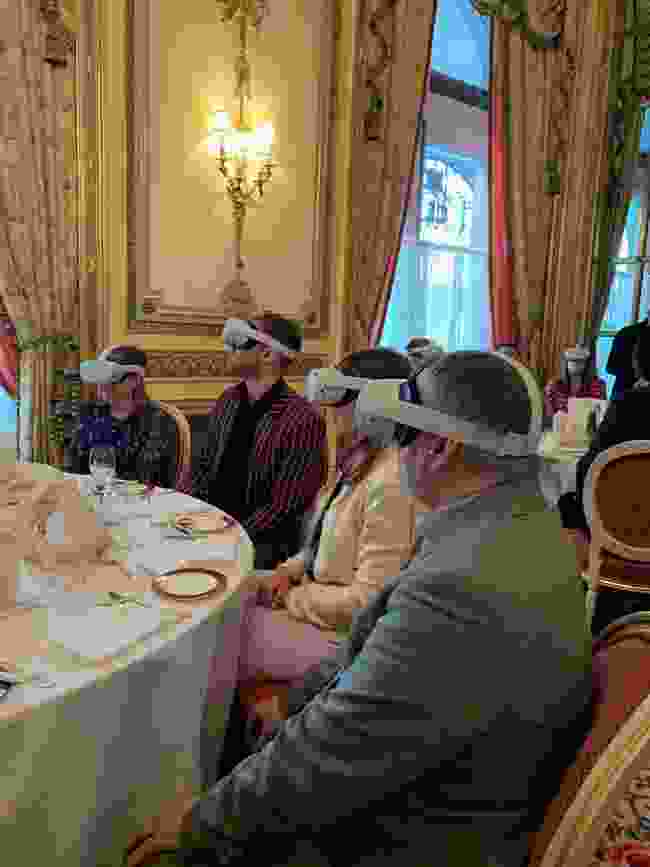 Snorkel alongside whale sharks in February (St Helena Tourist Board)

Unbeknownst to many, St Helena boasts one of the world’s unique wildlife experiences. Each year, mainly from January to March, the island welcomes migrating whale sharks, drawn by the abundance of plankton. February is the peak period, where groups of between 30 and 40 are not uncommon and it’s believed to be the only place on the planet where fully mature males and females gather to mate. Sensitively organised tours afford you the opportunity for nose-to-snout encounters – either from a boat or swimming alongside them. 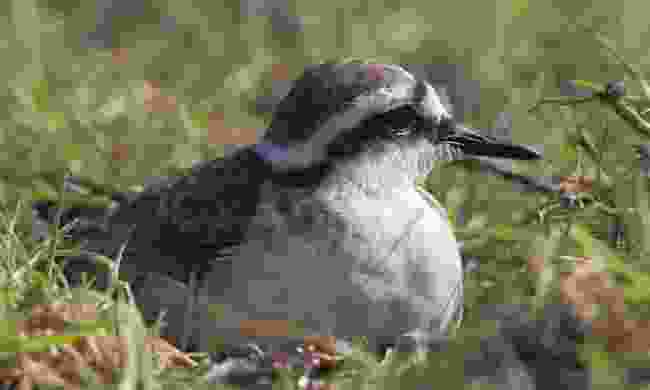 Stick around in St Helena during March and you’ll be treated to another wonderful wildlife spectacle. The ground-nesting St Helena plover, known locally as the wirebird because of its thin legs, is the last of the island’s original nine endemic bird species and is a source of pride for the islanders, featuring on their coat of arms. Only around 350 wirebirds are left today but March represents one of the best times to spot them, lying at the tail-end of the nesting season so you can witness these hardy birds rearing their chicks. 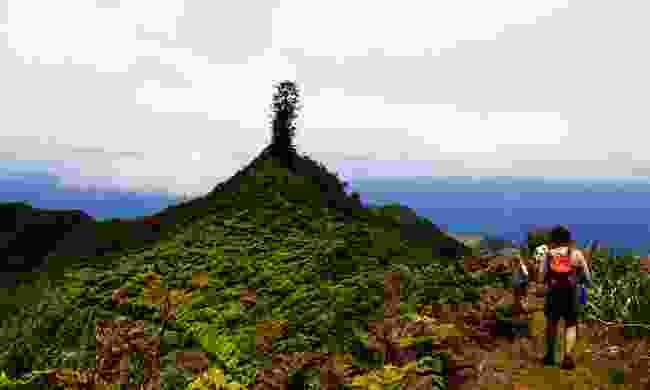 Enjoy hiking on the island during April (St Helena Tourist Board)

Plenty of hiking trails web St Helena’s wild interior, all of which showcase its varied vistas, from steamy cloud forest to gigantic rock formations. April is a great time for walking and the weather is comfortable You can organise a guided walk or head out on a jaunt by yourself. Several trace the island’s celebrated Post Box walks (see June, July and August) but there’s plenty of others to enjoy, including a historical stroll through its Georgian capital, Jamestown, and the 699 steps of the knee-trembling Jacob’s Ladder to Ladder Hill Fort. 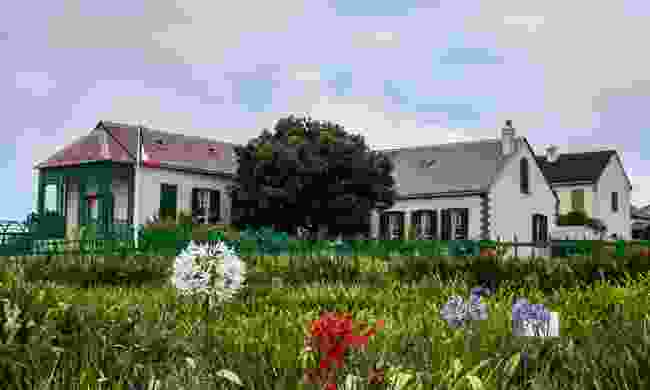 Visit Napoleon's home, Longwood House during the month of the anniversary of his death (St Helena Tourist Board)

St Helena’s heritage is as captivating as its scenery. A large chunk of its historic limelight is shone on exiled French emperor Napoleon and May 5 is the anniversary of his death. You can visit his former digs at Longwood House, as well as his grave – now exhumed but still moving, nonetheless. Elsewhere, the many hilltop forts and batteries are the legacy of Dutch occupation, while the governor’s residence, Plantation House, drips with Georgian grandeur. As the island’s oldest resident, Jonathan the tortoise is part of St Helena’s furniture, having started plodding round shortly after Napoleon’s death.

Later on in the month, on May 21 is St Helena's Day. This celebrates the day  St Helena was discovered and a parade, fun activities, a fancy dress competition and live music events are hosted to mark the occasion. 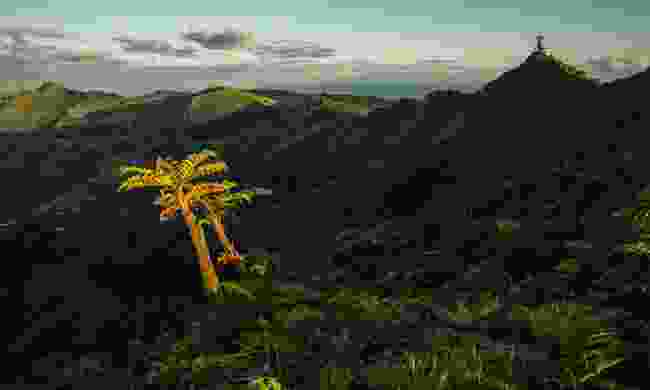 Climb up Diana's Peak during the cooler months of June, July and August (St Helena Tourist Board)

While it’s summer on the UK mainland, St Helena experiences some of its mildest temperatures (around 20°C) during June, July and August. This is the perfect hiking climate and these months are ideal for tackling one (or a few) of its well-known Post Box walks, which encompass epic landscapes and island heritage. Among them include climbing the lush slopes of the St Helena’s highest mountain, Diana’s Peak (818m), the spectacular rocky drama of Lot’s Wife’s Ponds and the gentle woodland of Peak Dale. 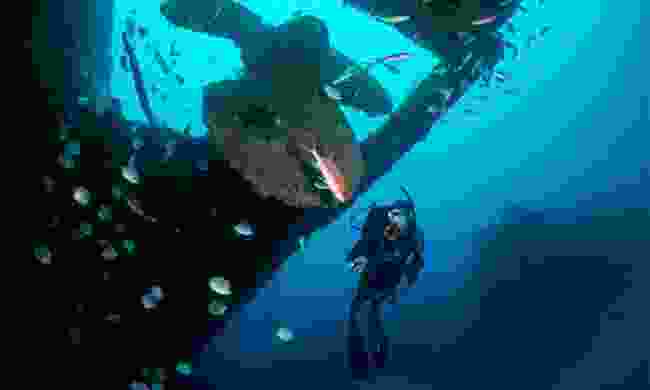 Go diving on the island in September (Frogfish Photography)

September is the perfect time to get under the surface of St Helena – literally. Surrounded by all that wildlife-rich water, diving on the island offers many exciting sightings and this month is when humpback whales can be seen around the island. Diving alongside these gentle giants is an experience you’ll likely never forget and you’ll also have the chance to spot flameback angelfish, endemic butterfly fish, dolphins and even green turtles.

As well as wildlife, there's numerous shipwrecks worth exploring in St Helena. One of the easiest to explore is the Papanui, which caught fire in 1911 and managed to make it to the shallow waters of the harbour at James Bay before sinking. A more challenging dive is the wreck of the Darkdale, which was sunk by a German boat in 1941. It is now a war grave to remember the 41 lives lost that day. 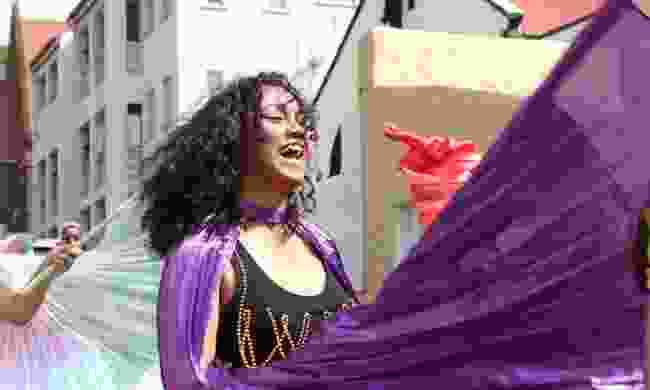 Every other year in October the capital of St Helena bursts into a frenzy of fun and imaginative decoration. Originally starting out as a modest charity event, the island’s Carnival is a biennial bonanza of vibrant music, dance and colour. Vividly costumed locals and elaborately decorated floats parade along the streets of Jamestown, making their way down to the capital’s seafront, where food and drink stalls stay open long into the night. It’s a party you don’t want to miss. 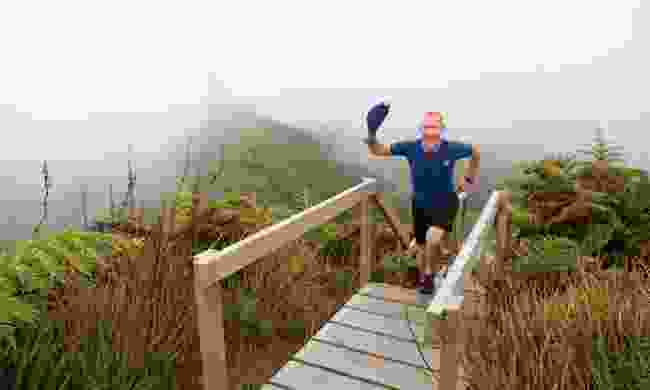 The London Marathon is one thing, but imagine tackling 26.2 miles on one of the remotest islands in the South Atlantic Ocean, the route tracing its devilish hills and rugged volcanic scenery along the way? The marathon is just one event in St Helena’s Festival of Running every November, where several running challenges draw in both locals and those from further afield. If the marathon sounds a bit too gruelling, you could take on the 15km trail, a triathlon or try and race up the steps of Jacob’s Ladder in the fastest time. 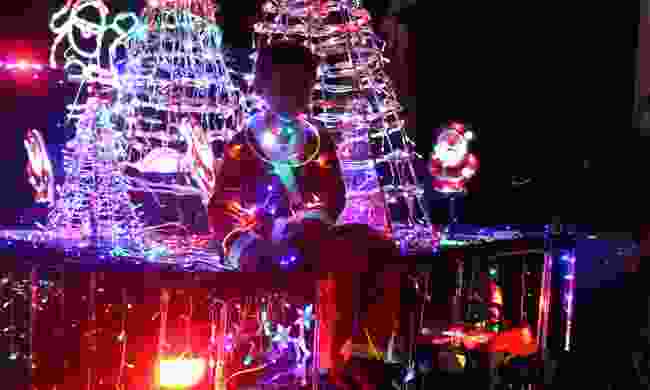 Watch the Festival of Lights in December (St Helena Tourist Board)

St Helena celebrates Christmas in style. During December, Jamestown becomes all festive, with carol singers soundtracking the streets and locals playing one-upmanship with their house decorations. It all culminates in the capital’s Festival of Lights, where everything from the float parade to the locals are festooned in fairy lights and candles and sparklers are being waved to music with aplomb. It’s a magical experience enjoyed by Saints, visitors and even the whale sharks, which can be sighted in St Helena’s waters as early as late December.