With a thousand ethnic cultures and wild tracks of mountains, rivers and jungles, endless possibilities exist for adventure in landscapes that remain well off the beaten track...

The good news in recent years is that facilities have caught up with the growth of adventure tourism, not least the services offered by niche tour operators and specialist guides. So it is now possible to plan carefully and be well equipped for more arduous and technical undertaking like hiking Papua New Guinea’s world famous Kokoda Track and scuba-diving.

The rewards of experiencing the dancing mud men of Asaro, standing on top of Mt Wilhelm (4509m), catching glimpses of a ribbon-tailed bird-of-paradise, swimming with hammerheads sharks, marvelling at the Sepik River’s cult of the crocodile, and scuba-diving some 45,000 sq km of coral reefs, promise an adventure holiday of a lifetime. 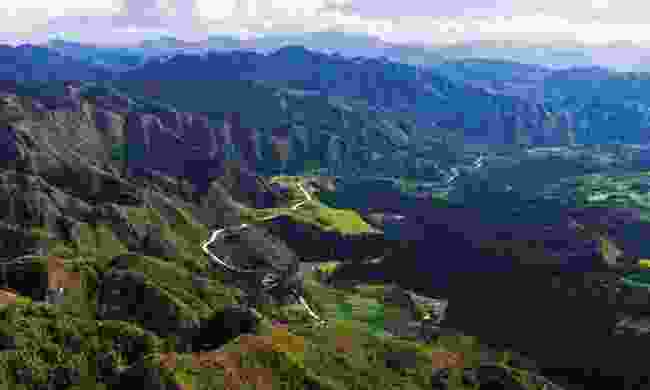 Just 96 kilometers in length scarcely suggests a tough hike yet the heat and undulating terrain of the Kokada Track ensures it is one of the world’s most challenging multi-day trails. The trail begins at Kokoda village and typically lasts between 5-9 days depending on fitness. Crossing the Owen Stanley Range trekkers will meet the Orokaiva and Koiara people and be blown away by colourful butterflies and birds. Don't expect luxury as accommodation is in basic huts or camping. But do expect to be amazed when tracing the wartime heroism of the Australian troops and the Papuan Fuzzy Wuzzy Angels who retreated along the Kokoda harried by the advancing Japanese army in 1942. Memorials along the track and abandoned military hardware lend a timeless sensation that this military campaign somehow only happened yesterday.

How to do it: Kokoda Track Authority

2: Dive the wrecks and reefs 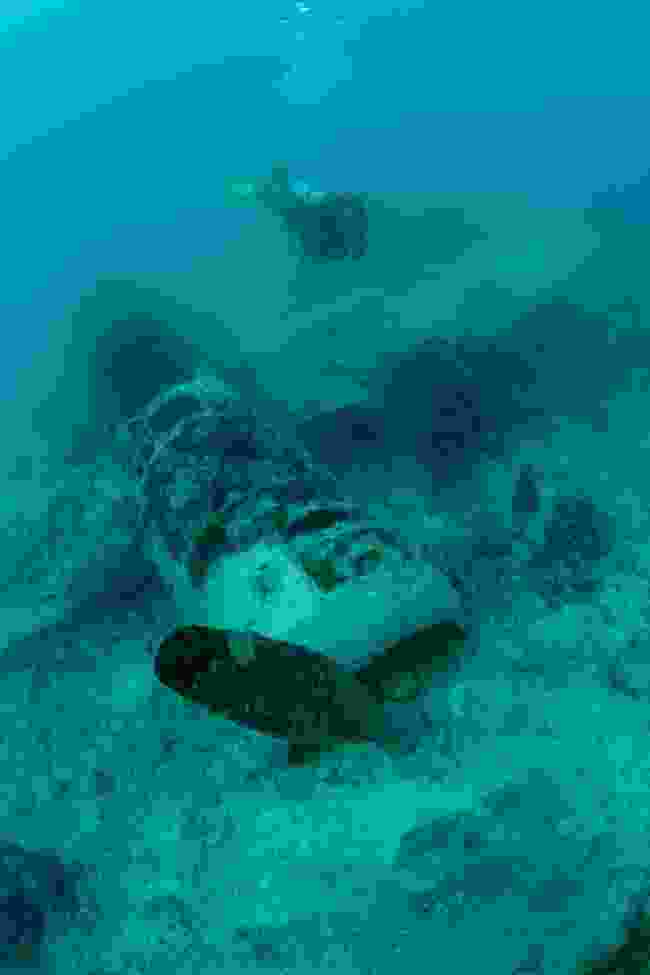 Diving among a plane wreck (PNGTPA)

“Rabaul in East New Britain Province has an irresistible array of dives, including an eerie WWII wreck.”

Internationally Papua New Guinea is now one the most acclaimed dive destinations with incalculable possibilities for scuba adventures in its warm Coral, Solomon, and Bismarck Seas. Facilities have come on a long way over the past decade with five-star dive hubs like Walindi Plantation Resort accessing the fabulous Kimbe Bay, PADI training courses, and a hyperbaric chamber back in Port Moresby. A proliferation of liveaboards also ensures longer multi-dive adventures for 7-10 days at a time.

For a fascinating combination of wrecks and reefs, Rabaul in East New Britain Province has an irresistible array of dives set to the magnificent backdrop of an active volcano. There is an eerie WWII wreck dive to the Italy Maru a colossal 5,859 tonnes freighter sunk by the Americans in 1942, while amid steep coral wall dives you might encounter pygmy seahorses.

How to do it: Dive Worldwide 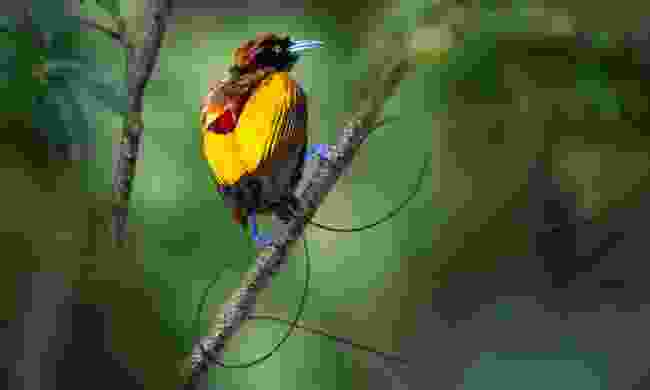 The most exotic drawcard in the birding world is Papua New Guinea’s fanciful collection of birds-of-paradise. The 38 species found on the island are preening vainglorious creatures with the feathered finesse of glam rockers and the colour coordination of a child just discovering clothes. Optimal time to see them is during June-October outside of the rainy season and timed to hopefully experience the males’ elaborate courtship dances. This can involve anything from dangling upside down off branches, as is the wont of the Blue bird-of-paradise, or the Superb bird-of-paradise’s predilection for transmogrifying into an alien spaceship.

Yet they can take some finding deep in the forests. So to increase your odds a recommended stay would be Ambua Lodge in the Tari Valley where the moist mountain forests host 15 species. Sightings with the lodge’s qualified guides of Raggiana bird-of-paradise and Princess Stephanie’s astrapia, will live long in the memory.

How to do it: Ambua Lodge

4: Surf the waves of PNG 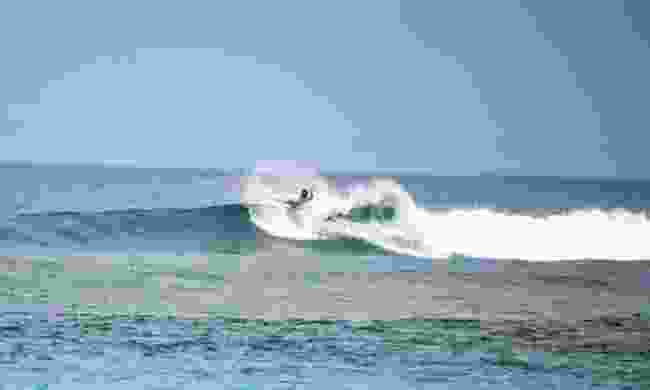 Papua New Guinea is fast acquiring a cult status among pioneering surfers seeking uncrowded waves and awesome breaks. Current hotspots are found along the northern coast of the mainland at Vanimo, Wewak, and Madang: best enjoyed when the surf is whipped up during the monsoonal months of October to April. An added attraction is being able to surf in all day as sea temperatures rarely dip below 26ºC.

A particularly cool surfing spot for those in the know is Kavieng on New Ireland Island. Nusa Island Retreat is a laidback eco-friendly resort that receives a constant North Pacific swell driving surf of around 2-4ft consistently during the November to April monsoon swell although 6-8ft waves can be picked up at different breaks around the island. When the surfing tires the local diving and deep-sea fishing is epic.

How to do it: Nusa Island Retreat

5: Go on a wild river adventure 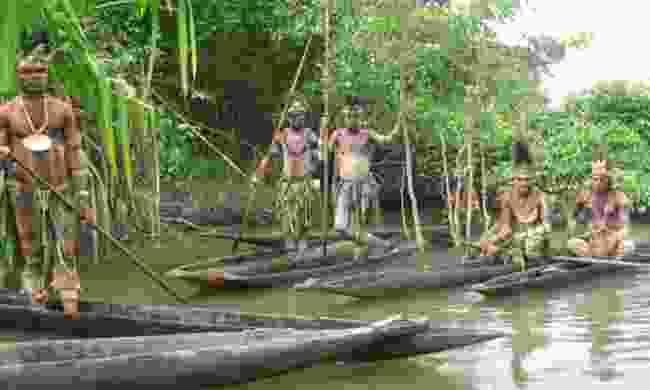 Inhabitants on the Sepik River (PNGTPA)

Given the River Sepik’s unique cultural landscape there is very little river traffic for arriving tourists. For the adventurous it’s possible to kayak or canoe by dugout with a local guide. Believe me. I spent a week messing around here in a dugout back in 2013 during the most exciting river journey of my life.

River adventurers will discover the extraordinary customs of myriad tribes inhabiting this mighty river. Villages still retain male spirit houses that are highly symbolic for their animist religion and males practice skin scarification to resemble crocodile hides in painful ceremonies to revere the Sepik scared reptile. The best chance to arrange such an adventure is around the East Sepik Province out of Wewak where canoe trips can be organised from Ambunti Lodge.

How to do it: Melanesian Adventure Tours

“Make a once in a lifetime visit to Papua New Guinea’s great cultural gatherings.” 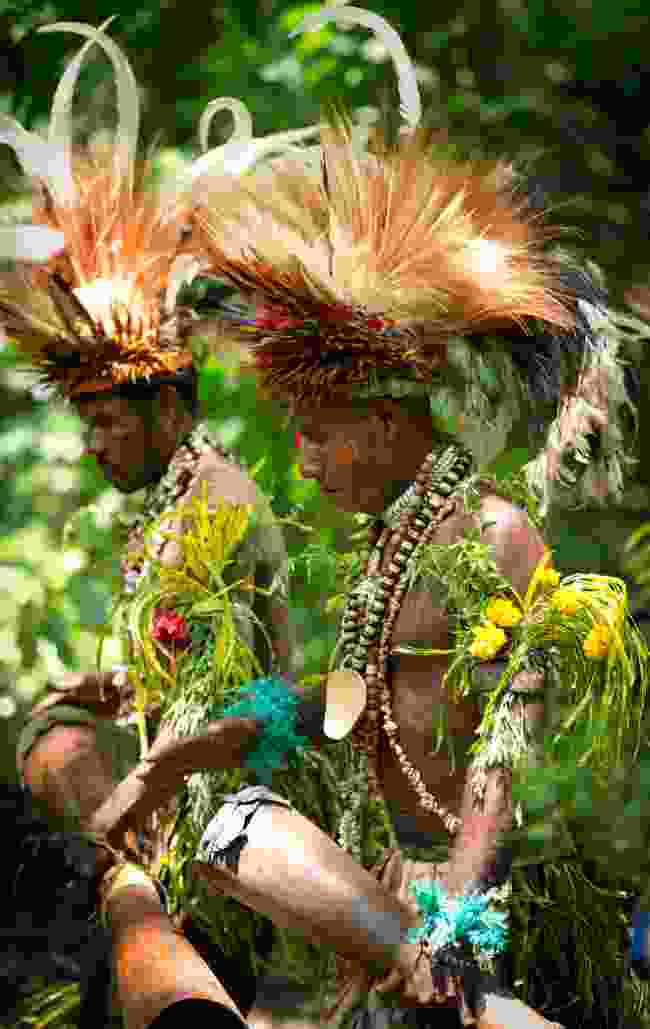 Mudmen with Frank Sidebottom-like clay masks jab spears towards you. Huli wigmen with elaborate wigs crafted from bird’s feathers pogo on the spot, sweat dripping down their yellow painted faces. The Sepik people’s kina shells rattle as they parade woven images of pigs and fish.

Papua New Guinea’s cultural diversity is like nowhere else on Earth. Some year’s back I trekked into a remote village on Oro Plateau and all the villagers adorned in grass skirts and with painted bodies came out to sing beautifully to me in a traditional sing-sing whilst flower garlands were draped around my neck. I was moved beyond belief.

A great way to discover the costumes and harmony of a sing-sing is to make a once in a lifetime visit to Papua New Guinea’s great cultural gatherings. The two most famous events are the Hagen Show that generally takes place in August and the Goroka Show usually around September. They draw in many tribes from across the Highlands who perform wondrously photogenic cultural dances amid song, dance, and storytelling.