Hit the road: 5 essential stops on an Oregon road trip

With its scenic trails, rich culture and many coastal adventures, Oregon is well geared for road trips. Here are just five highlights… 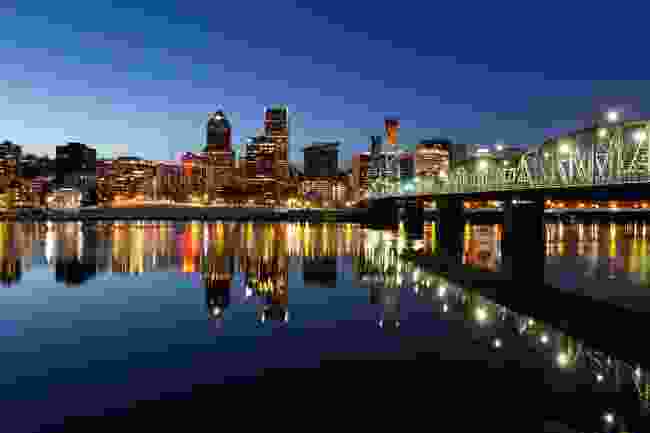 Driving is the easiest and most scenic way to explore the Beaver State. Fly into Portland International Airport, pick up your rental car and in less than 30 minutes, you can be exploring the eclectic streets of Oregon’s largest city. Sitting on the Columbia and Willamette rivers, in the shadow of Mount Hood, eco-friendly Portland hosts thriving art, theatre and music scenes. The city is also known for its parks, bridges, cycle paths, microbreweries and coffeehouses.

Here, a clear choice was made to think smaller. Farmers’ markets, local boutiques and coffee shops take precedence over big chains, and linking them all is a great network of bike lanes. Portland is a cyclist’s dream, where you can cheerfully pedal from the stylish boutiques of the Pearl District to the world’s largest indie bookstore (Powell’s Books), to one of America’s oldest art museums in an afternoon.

Be sure to join one of the street-food cycling tours unravelling the USA’s ‘food-cart capital’ before ending, fully stuffed, at the famous Voodoo Doughnut.

One of the bigger surprises is just how green Portland is. Arboretums, parks and the tranquil Japanese-style garden in the iconic Washington State Park prep the soul for the blooms of the International Rose Test Garden, home to some 10,000 rose bushes. Though a hike up to historic Pittock Mansion for views over a city backed by snow-dusted ridges is just as striking.

The Willamette Valley stretches across a trio of mountain ranges south of Portland. Back in the late 1960s, when the first Pinot Noir grapes were planted in its volcanic soil, no one knew if they would take. Now it’s pure wine country, with endless vineyard visits, cellar-door tastings and a thriving field-to-fork dining scene.

The valley is 240km long and has some 500 wineries. An expert’s eye is invaluable here, though the older family-run producers, such as the Eyrie and Ponzi Vineyards, are worth visiting for an insight into just how much the area has changed. 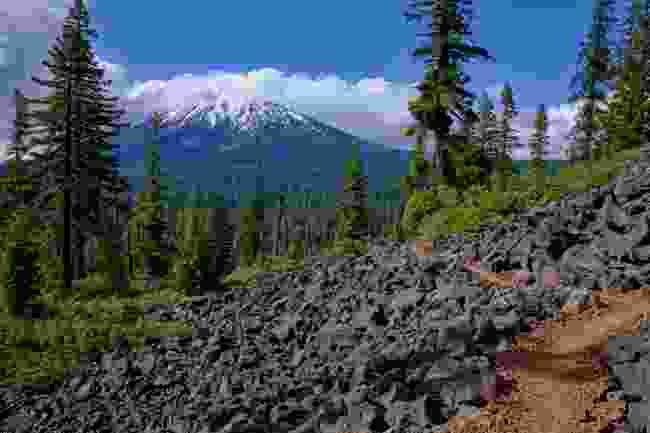 Further south, the city of Klamath Falls sits on the edge of a vast wilderness. Boundless spruce forests are broken only by iris-blue lakes, pumice plains and the relics of volcanic eruptions that, aeons ago, tore across Oregon’s southern borderlands.

Hikers should start at Crater Lake National Park, formed nearly 8,000 years ago by a collapsing volcano. Wander forests of elk-filled ponderosa pine, the sheer cliffs of the Pinnacles Trail, or skitter down to the shore where boat tours skim the cobalt waters of the USA’s deepest lake (592m).

It’s not the only wild day out here. Klamath Falls is surrounded by a half-dozen wildlife refuges as well as the rugged peaks of the Cascades. Among the more challenging walks is nearby Mount McLoughlin (2,894m), a tough but rewarding 17km hike from Butte Falls, worth every step for the views over Crater Lake National Park. Rafting on the Rogue (Kevin Wright)

From Klamath Falls, drive west and you’ll discover 584km of rocky coastline, hidden bays and picturesque fishing villages where the crab is king. But the greatest sights lie offshore.

The wild, warm southern beaches are a good starting point. Here, kayaks crest the estuarine waters of Coos Bay in the shadows of bald eagles soaring overhead, or splash past the coastal hills and sea arches of Port Orford Heads National Park to harbour-seal pupping grounds. You might even spy migrating grey whales, although boat tours further north in Depoe Bay offer more reliable sightings of the marine giants in spring and winter.

Among the more adventurous routes here is the Samuel H Boardman State Scenic Corridor, a remote, craggy slip of coastline where paddlers pass grand arches and spruce-tufted rocks. Also offering true Canadian paddling opportunities are the four southern rivers – Rogue, Chetco, Umpqua and Coquille – that spill into the ocean. These rivers thread hundreds of kilometres of cut-throat ridges, black bear fishing spots and old-growth forest. While the gorges of Chetco might be better suited to rafting and kayaking, the quieter Coquille and Rogue plunge you into a wilderness as raw as it is still.

5. Hit the heights in Hood River 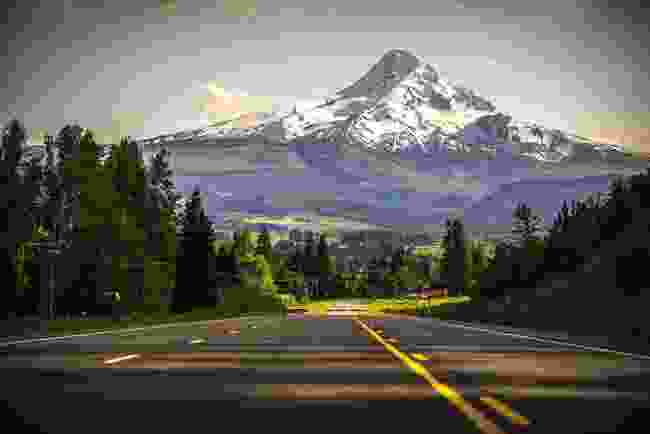 As well as being a gateway to the vast Columbia River Gorge, Hood River is famous with windsurfers, whose sails can be spied on its breeze-blown waters year-round, like confetti caught in an updraft.

On land, cycle trails inch steep-sided rocky paths for some of the roughest mountain-biking in the region. Hiking offers a quieter take on the canyon’s charms. Walks to Wahclella Falls, Elk Cove or taking the Klickitat Trail (50km), which traces the old Spokane-Seattle railway line, see the forest at its most unguarded, especially when autumn paints its oaks orange.

The biggest challenge here is Mount Hood (3,425m), Oregon’s tallest peak and one of the world’s most popular climbs. In winter its meadows are filled with skiers and snowshoers. But when not snowbound (July–Oct), high-alpine trails wrap the slopes and foothills, revealing wildflowers, waterfalls, old growth forest and life-lasting views of Oregon’s ever-present and iconic peak.

Fore more information and inspiration, and to start planning your dream road trip to Oregon, head over to the official America As You Like It website.