With culture, adventure and a rich history all on the cards, there's a lot of incredible travel experiences to be had in Malta. Use our full guide to help you plan your perfect Malta break... 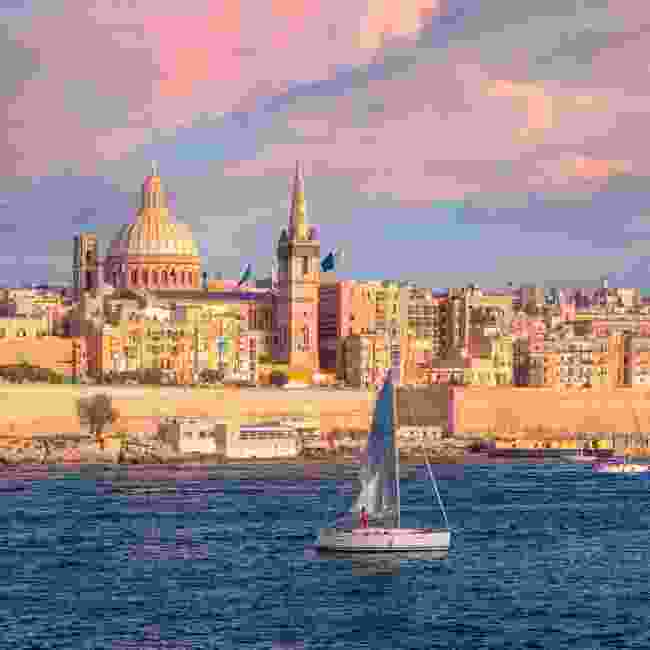 Valletta has regular ferry services across its harbours (Shutterstock)

The best way to get around Malta is by car; due to the size of the island, there are no metro or train systems here. While a reliable bus network connects all the major sites, beaches and towns, a car just allows for more freedom, especially on day trips out to the remote west coast or the peaceful island of Gozo.

For smaller jaunts, capital Valletta has regular ferry services across its harbours, linking cosmopolitan Sliema to the north and the historic Three Cities (Senglea, Cospicua, Birgu) to the south.

To reach the islands, the Ċirkewwa terminal at the northern tip of the mainland has a 24-hour car-ferry service to Gozo; passengers disembark at the tiny port town of Mgarr. Boats and water taxis can also be booked at both ports to take you to the island of Comino.

If you only do three things in Malta... 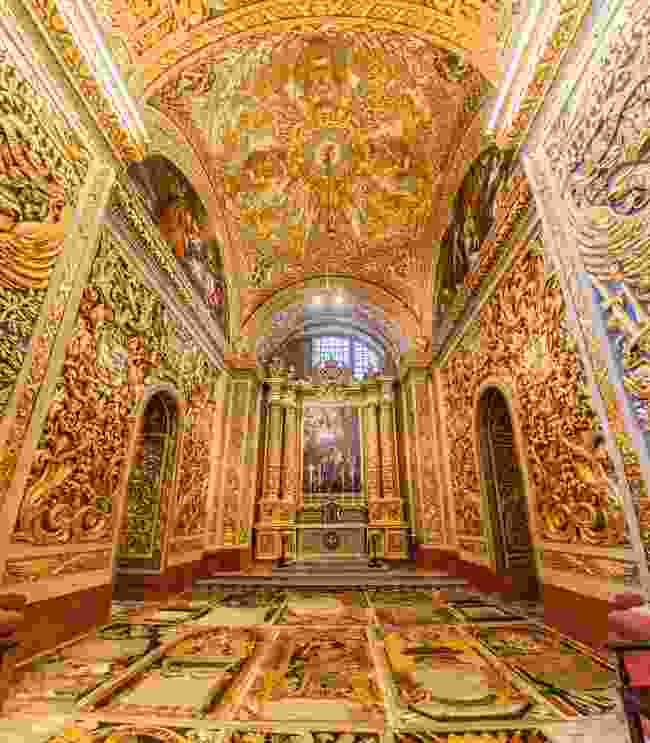 Malta has been occupied for thousands of years, and has had almost as many masters. Yet none changed its destiny quite so much as the Knights of St John, a crusading medieval order whose fingerprints are all over the islands.

Malta’s UNESCO-listed capital, Valletta, was fortified by the Knights after fending off the bloodiest of Ottoman sieges in 1565. They raised a city that would be both a stronghold and a statement, filling it with examples of their wealth and devotion. Its walls and regal Grandmaster’s Palace are matched for grandeur only by the Co-Cathedral, whose baroque interior puts even the churches of Rome in the shade. Ambling its cobbles, beneath 17th-century palazzo mansions and their pastel balconies, is like walking a living museum.

To the south of Valletta, you’ll find signs of civilisation built millennia before the Knights set foot here. The Ħal Saflieni Hypogeum is a 6,000-year-old subterranean burial chamber so fragile that the amount of daily visitors are strictly limited, so book far in advance. It’s one of a number of UNESCO-listed ancient sites, together with a collection of megalithic temples scattered across the islands. Of these, Ġgantija Temples on Gozo is the grandest, and thought to be the oldest free-standing man-made structure in the world.

It might only be a 25-minute ferry ride from the mainland to the islands of Gozo and Comino, but these Maltese outposts are another world entirely.

Gozo is where mainlanders go to escape. It’s quiet, rural and dotted with old farmhouses converted into plush poolside stays. Modern capital Victoria (aka Rabat) wraps an old medieval citadel that is visible across most of the island. But the coast is the real lure here. To the west, trails hug the wild and rugged clifftop, dropping to pristine bays and inlets. To the east, the Mars-like sandstone of Xwejni Bay reveals old salt pans cut into the rock, while the beautiful red sands of Ramla Beach lie to its south. It’s the perfect stop for adventurers.

Comino is as different again. Only one family lives on this tiny island, home to a small trail. Boat tours run here regularly, but the best way to visit is by kayak, paddling from Gozo’s Hondoq Bay and dropping in on the glistening Blue Lagoon before splashing away to hidden sea caves and quieter snorkel spots. 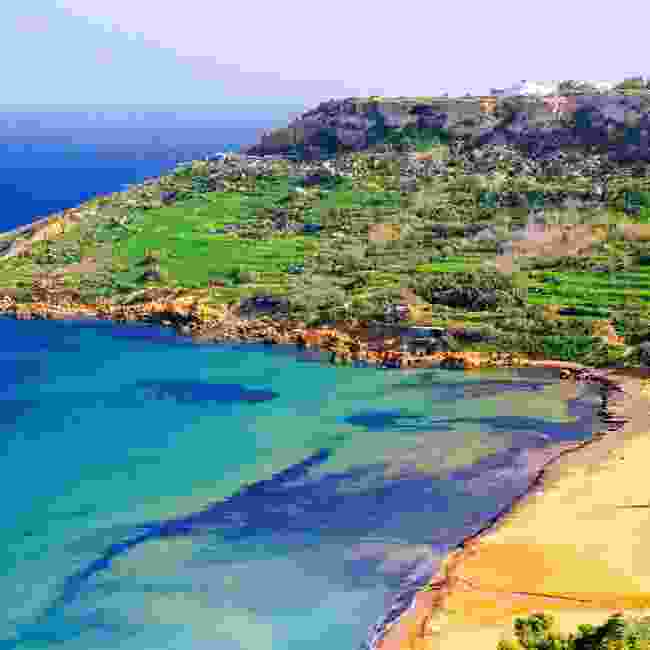 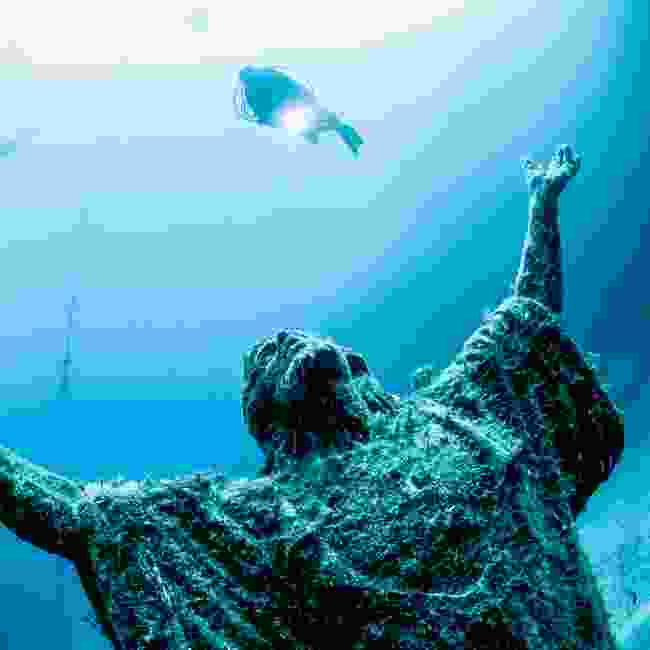 Malta has plenty to endear itself to divers. Its warm waters mean it’s diveable year-round, and an array of small bays and inlets offer a gentle introduction for first-timers, or a useful alternative in times of bad weather. Even kids as young as ten can earn their PADI certification alongside darting wrasse in the fjord-like inlet of Gozo’s Mgarr-ix Xini and other quiet coves.

For the more experienced, there are wrecks galore. Scuttled ships such as the Imperial Eagle (sister to Jaques Cousteau’s Calypso), off Qawra, are a thrill to explore, its exposed wheel now furred in red sponge. Or dive down to the remains of a Second World War-era Beaufort fighter plane, which ditched on takeoff from Sliema in 1943 and remains in perfect condition.

Malta’s rocky underwater terrain is the other big lure, with the shallow reef off Comino a fantastic opportunity to swim through a series of caverns known as the Santa Maria Caves. And if you head further north to Gozo, divers can emerge into the spectacular underwater Cathedral Cave, which is said to be larger than the dome of London’s St Paul’s Cathedral.

Where to stay in Malta 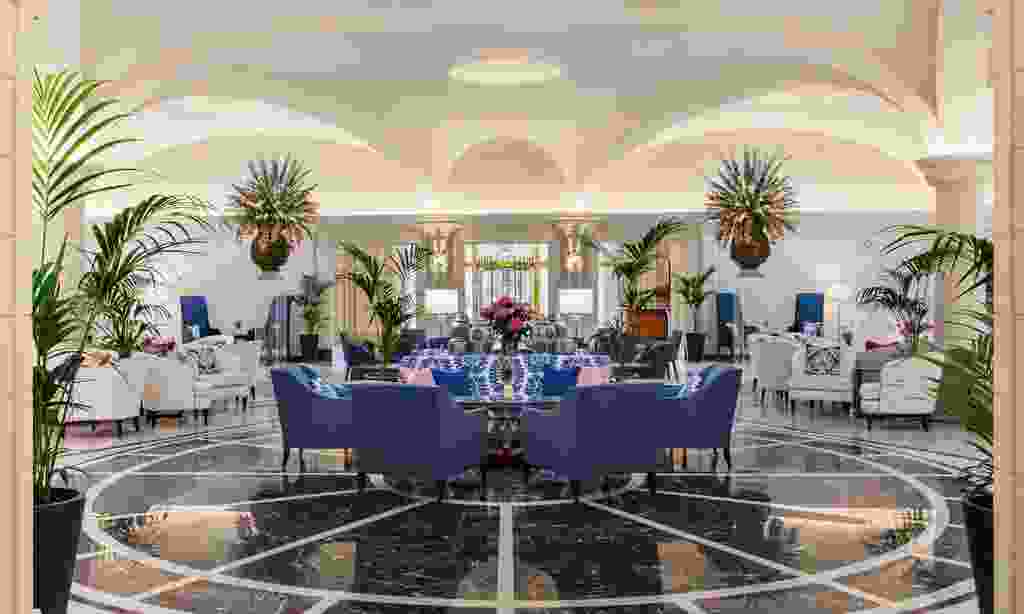 Though it lies just outside the gates of the city, the Phoenicia remains a grand dame of the old order. While hotels in the Old Town are often constrained for space, this elegant Art Deco stay makes use of the added room, with excellent fine dining spots and a spa to complement its busy socialite vibe. 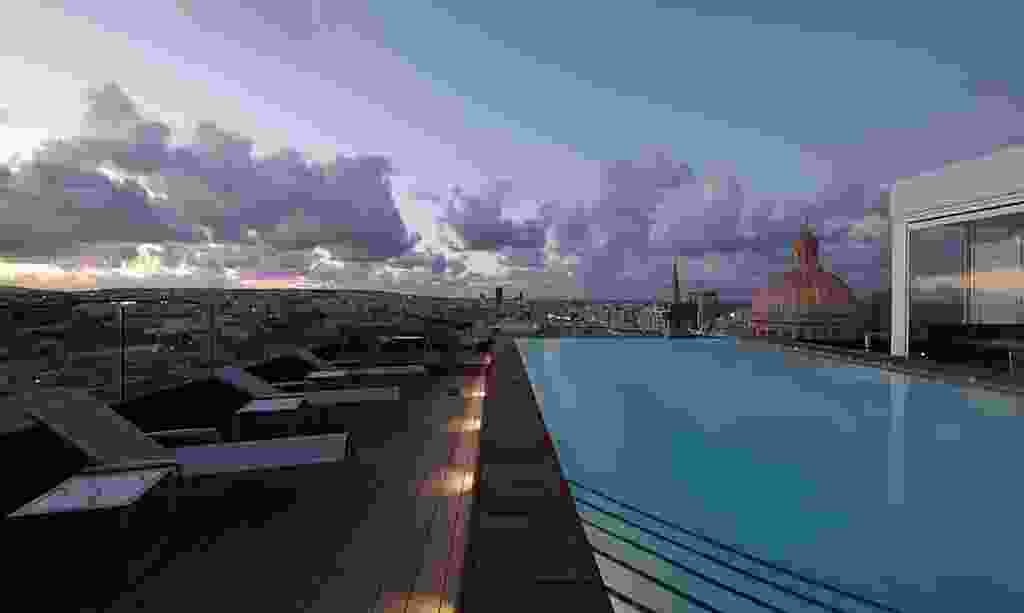 Set on the rather hip Strait Street, a once notorious alley turned stylish nightlife quarter, the new Embassy Valletta Hotel offers a rate dash of modernity amid the Old Town. A rooftop pool, in-house cinema, bookstore and even a sweet shop make it a rather cosmopolitan base for wandering the cobbles, ramparts and labyrinthine backstreets. 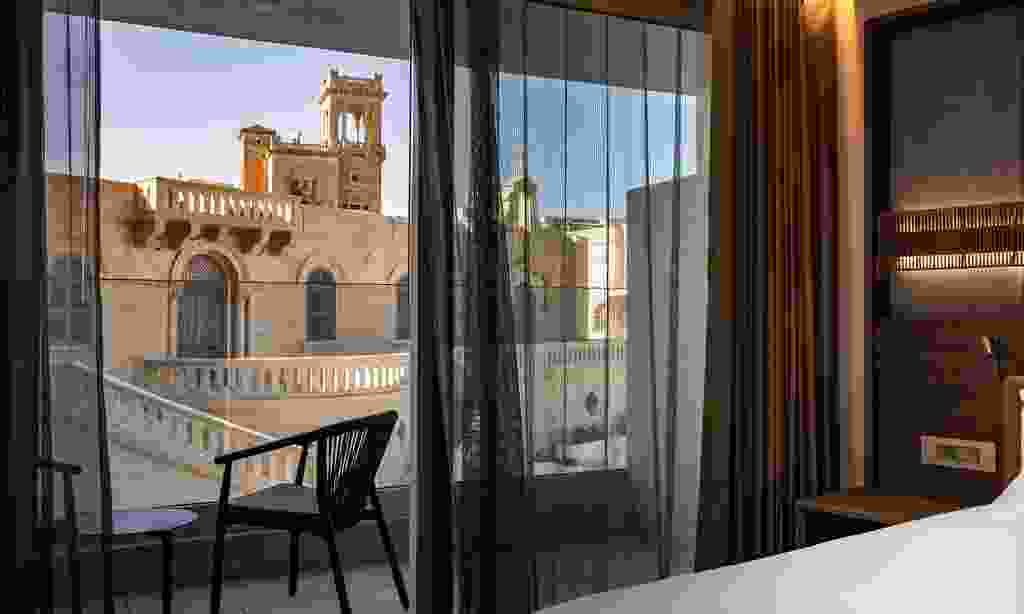 North of the townhouses and boutiques of Sliema, the shores of St Julian’s is where the chic crowd segue into the evening with a cocktail or two. The new Hyatt Regency certainly leans into its milieu, with all the trappings of a five-star escape. If you ever get bored of the coastal views from the rooftop pool, there’s a choice of bars and eateries in which to indulge. Plush.

Where to eat in Malta 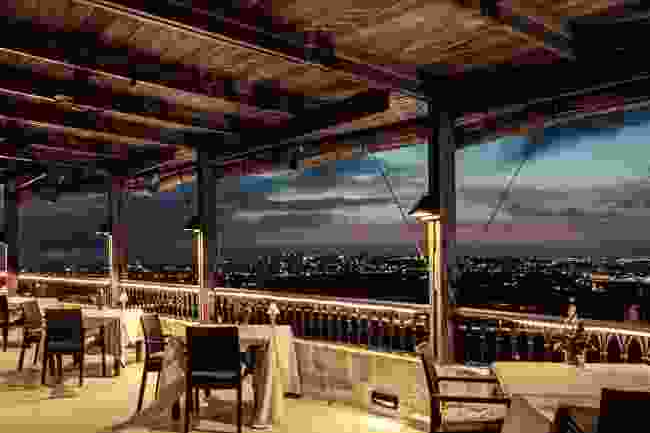 Valletta’s playful Noni is a Michelin-starred restaurant in the capital which takes rustic Maltese influences and mines them for flavour.

Also located in the capital, Under Grain is another Michelin starred restaurant which finds ample room for expression in a menu of unfussy Mediterranean staples.

Over in Mdina, hotel restaurant De Mondion has also earned a star from Michelin for its impressive formal Mediterranean delights which are served up amid the stoic walls of the Silent City.

How to spend two days in Malta 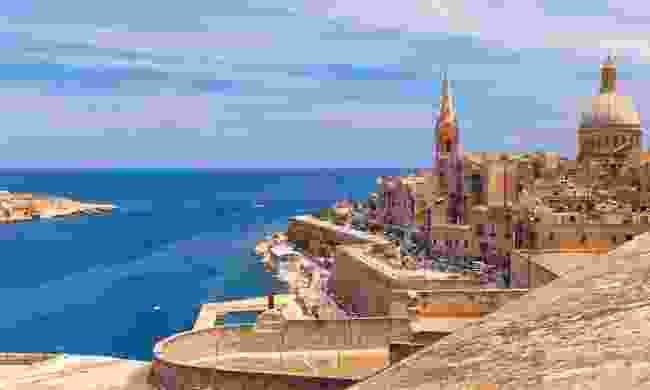 Start in Valletta. The capital has some 320 historical sites, so you’re never short of options. The Co-Cathedral is the hidden jewel of the Knights of St John: a deceptively plain exterior that gives way to a cold shower of baroque majesty. Every square inch of its vaulted ceiling and carved walls has been smothered in gilded inlays and exquisite murals, while a number of works by the Renaissance artist Caravaggio are on display in its new museum.

Next, make your way to the Grandmaster’s Palace, once home to the leaders of the Knights. Its armoury, art collection and state rooms are impressive, but for a more contextual history of the Knights’ reign, head to Fort St Elmo. This doubles as the National War Museum, and on an island forged by near-constant invasions, it narrates Malta’s story with flair and wit.

For lunch, drop by the Is-Suq Tal-Belt food market before making your way to the battery for the ceremonial canon firing at noon. From there, take the stairs down to the War Rooms (book in advance), the old British army HQ. Guided tours here tell the tale of the dying days of the Second World War, as the Allied forces made their final push across the Med. 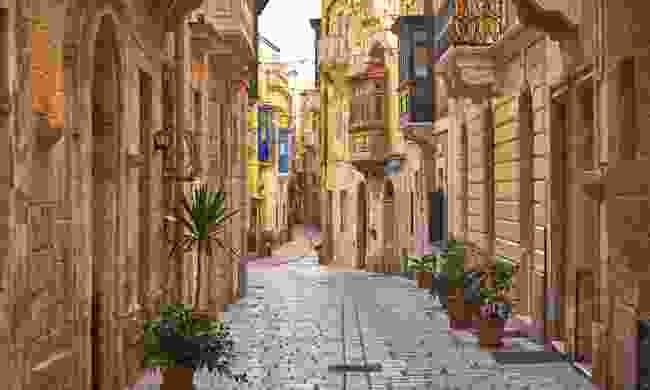 Hop in a car and drive (or take the ferry) over to the Three Cities, on the south side of the Grand Harbour. The quiet streets of Senglea and Birgu are a joy to wander as the afternoon cools, or just settle on the harbour with a drink. If time (or booking) allows, drive to the nearby Ħal Saflieni Hypogeum to explore the island’s ancient past.

Finish back in Valletta for dinner. Strolling its cobbles at night is a pleasure. Alleys branch off to outdoor bars where cushions are slung on stone steps and jazz fuses with the warm air. Try one of the city’s newly Michelin-starred restaurants, Noni or Under Grain, where you’ll encounter Mediterranean fare with plenty of imagination, then skip to Strait Street for a bedtime cocktail. 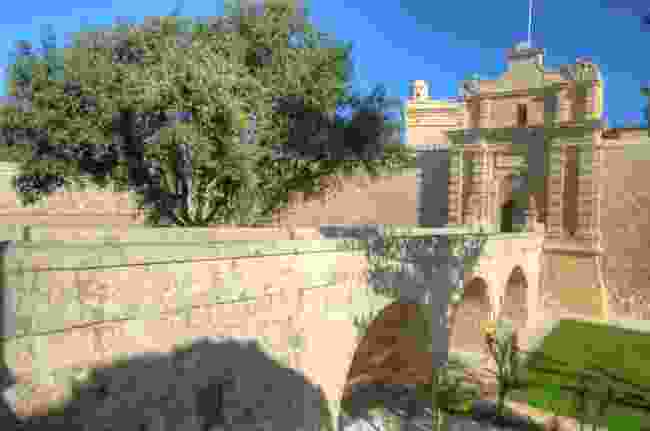 Hire a car and head out early to the beautiful ‘Silent City’ of Mdina and the surrounding town of Rabat. Beneath the latter sprawls a labyrinth of underground chambers, forming a Roman necropolis known as St Paul’s Catacombs. Romans were prohibited from burying their dead in Mdina (then known as Melite), so they dug tunnels and hypogea (tombs) around it, carving them from the solid rock. You can lose yourself down there for hours.

Mdina is another of the Knights’s grand citadels, its sandstone fortifications every bit as majestic as Valletta. At its centre stands St Paul’s Cathedral, rebuilt in the baroque-style in the early 1700s after an earthquake decimated its forebear. An excellent accompanying museum lies cross the square. After a visit, stop by the Fontanella Tea Garden, high on the city ramparts, for a snack and the best views in town. 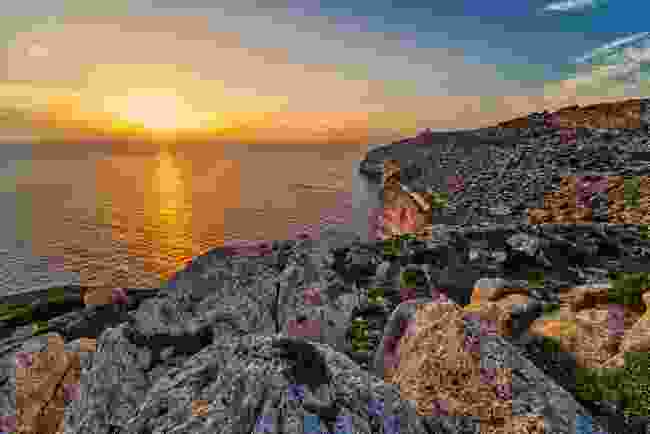 From here, drive west to the coast, stopping to stretch your legs along the dizzying Dingli Cliffs, before continuing north to catch the ferry to Gozo. After disembarking at Mgarr, zoom winding country roads to the island capital, Victoria (Rabat), for a late lunch in its medieval Cittadella. This is home to the Ta’ Rikardu restaurant, famed for its freshly made gbejniet (cheeselets).

Weigh up your mood post repast: east of here takes you to the red sands of Ramla Beach to relax; to the west is Sannat, where the clifftop trails up to Xlendi make for some of the finest walks and mountain biking in Malta, not to mention swimming in the ‘Inland Sea’.

Finish, as the sun sets, with a trip to the Dingli cliffs to watch the lowering sun dye the sea orange, before making for the old fishing village of Marsalforn, where a handful of excellent seafood restaurants line the pretty harbour.

For more information and inspiration on travel to Malta, visit the official website.