Driving diversity: How Intrepid Travel has doubled its number of female tour guides

The adventure travel company is leading a global push for equality in tourism – and creating a brighter future for women all over the world...

When Zina Bencheikh strode to the tourism ministry in Rabat with an armful of applications for new tour guides, she was making history – and creating a brighter future for women all over her country. As Intrepid’s general manager for Morocco, she had personally lobbied the government to grant more tourism licences to women – and those forms, filled out by ladies from every walk of life, was the culmination of her hard work. Of the applicants, thirteen women were granted accreditation – and Intrepid Travel is now the largest employer of female guides in Morocco. 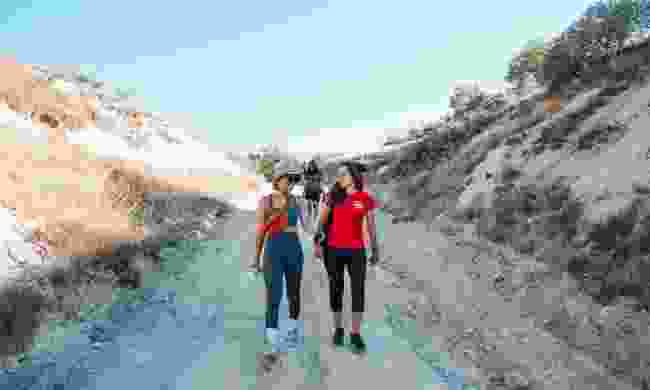 This is just one in a long line of success stories for the adventure tour operator. Last year, it pledged to double its number of female tour guides globally – before surpassing the target six months early. Now, it employs 314 women in tour leader roles, helping women in countries from Mexico to Morocco to build careers that they have traditionally been denied – whether by societal norms, family pressure, or simply lack of opportunities. In India, the company now has a 50/50 split of male/female guides. 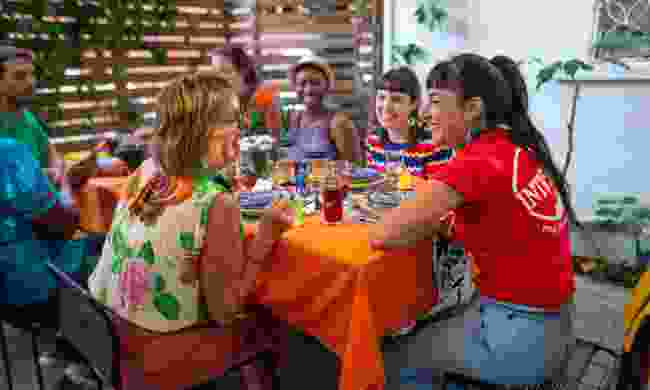 But it hasn’t been easy, admits Leigh Barnes, Intrepid’s Chief Purpose Officer: “In 2017 we became signatories to the UN Global Compact Women’s Empowerment Principles – but that same year, we realised that we didn’t have the right gender balance among our leaders,” he says. “To address this, we set a company-wide goal of doubling our number of female guides by 2020.”

Leigh and his team had to resort to some creative methods to kick-start the recruitment drive: they advertised in beauty salons and cafes, created targeted social media campaigns, and even visited the homes of potential new recruits to reassure their families that tourism is a suitable career choice. 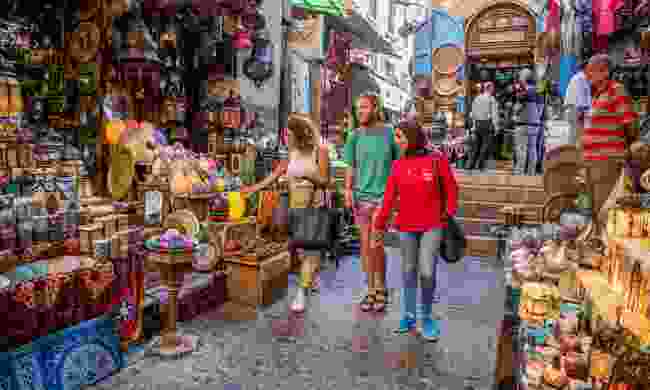 But without their efforts, the company never would have discovered women such as Hafida Hdoubane, a Berber who is the first mountain leader in the Atlas Mountains. Or Usha Mary, the first female guide in Southern India, who fought convention to follow her career dreams. These are strong, independent women – and fantastic guides.

Today, Intrepid Group (the umbrella company for the Intrepid Travel brand) has 2,100 staff from 68 nationalities based in 40 offices all over the world. Around 65% of Intrepid Group travellers are female, and 60% of global staff are women. “Diversity and inclusion has always been at the forefront of everything we do,” says Leigh. “We know that our strength comes through our differences and the freedom for everyone to be themselves – locals, leaders, and travellers.” 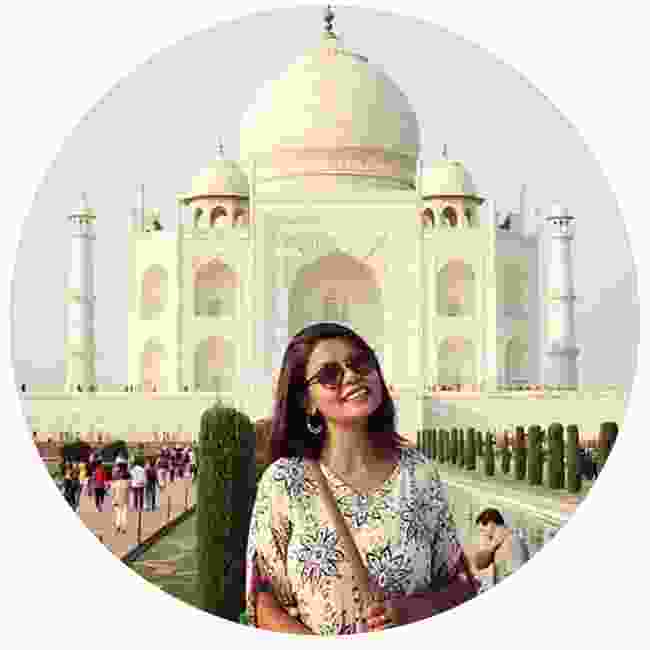 “I am very happy and proud to be part of Intrepid Travel. I am 24 years old and a graduate from Delhi University. Being the breadwinner for my family of five, I first had to take a job in a call centre to pay for my brother’s school fees; I then worked my way up to a job at a publishing firm and then a fashion company – before the travel bug bit! I get to show my country to the world, in line with the principles that Intrepid – and I – believe in.” 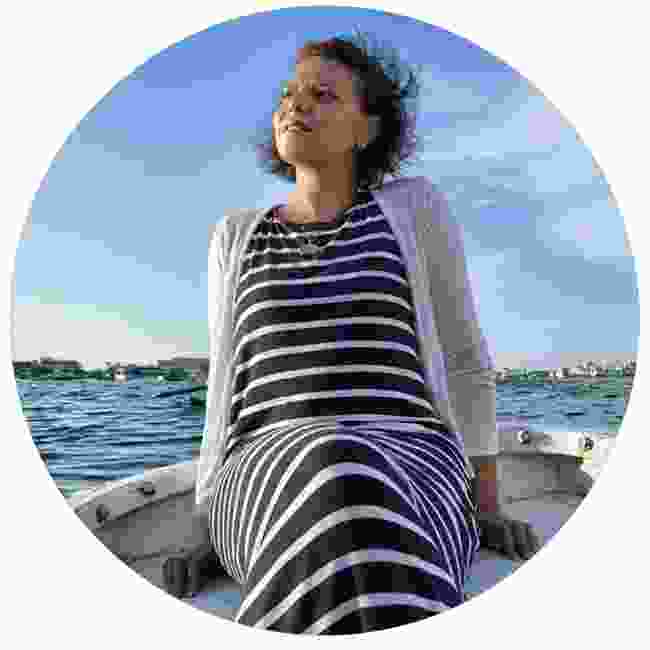 “The revolution of 2011 affected tourism very badly, but Egypt is recovering: sometimes, people say that travelling with me has changed their preconceptions – and that means I’ve succeeded. I’ve fallen in love with places in my country that most Egyptians know nothing about. My family thought I was crazy for pursuing this role, but they have been very supportive: this is the life I want to lead – and the career that I love.

In 2018, Intrepid launched a collection of female-only expeditions, designed to celebrate extraordinary stories of female empowerment. They’re led by women, for women – taking you to places that mixed tour groups simply couldn’t reach... 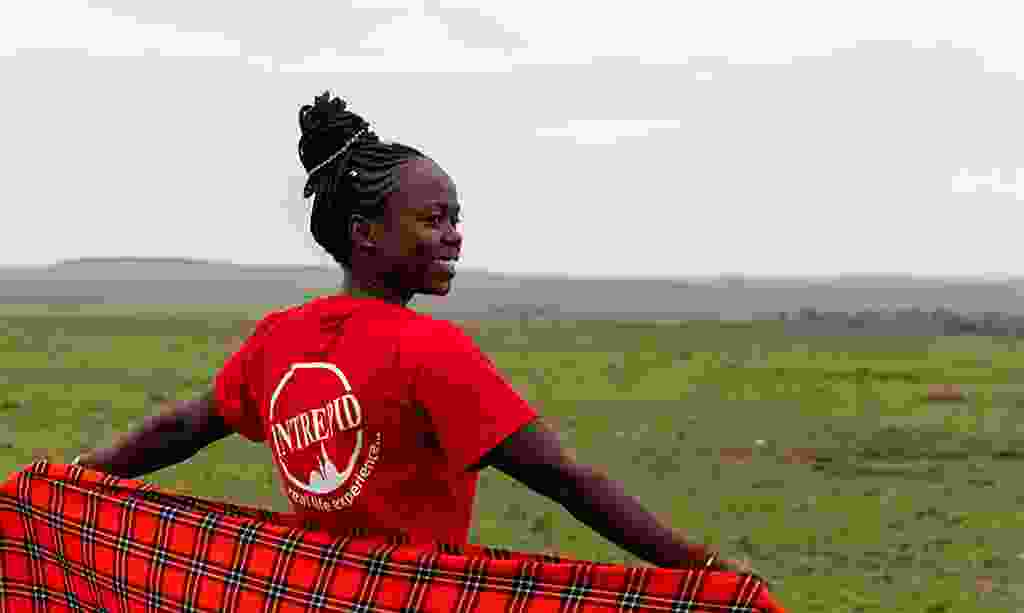 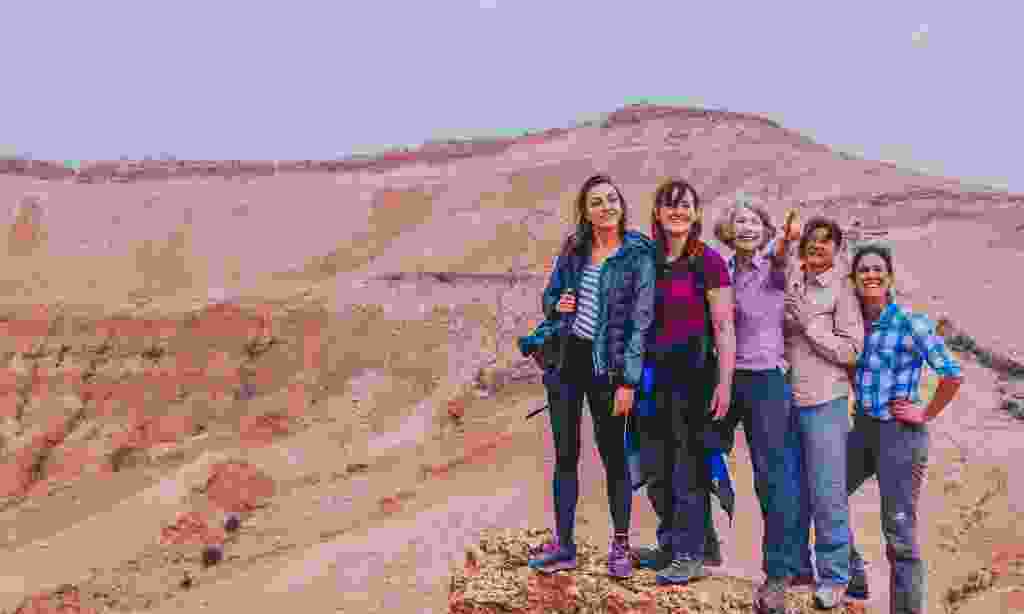 Morocco can be a daunting prospect for solo female travellers, but Intrepid’s all-female expedition reveals a different side of the country. You’ll hike to remote Berber villages in the Atlas mountains – where you’ll break bread with local families, enjoy the singing and dancing of traditional ceremonies, and see how a rug-weaving cooperative is transforming lives throughout the region. 8 days, from £675pp (excl flights); more information 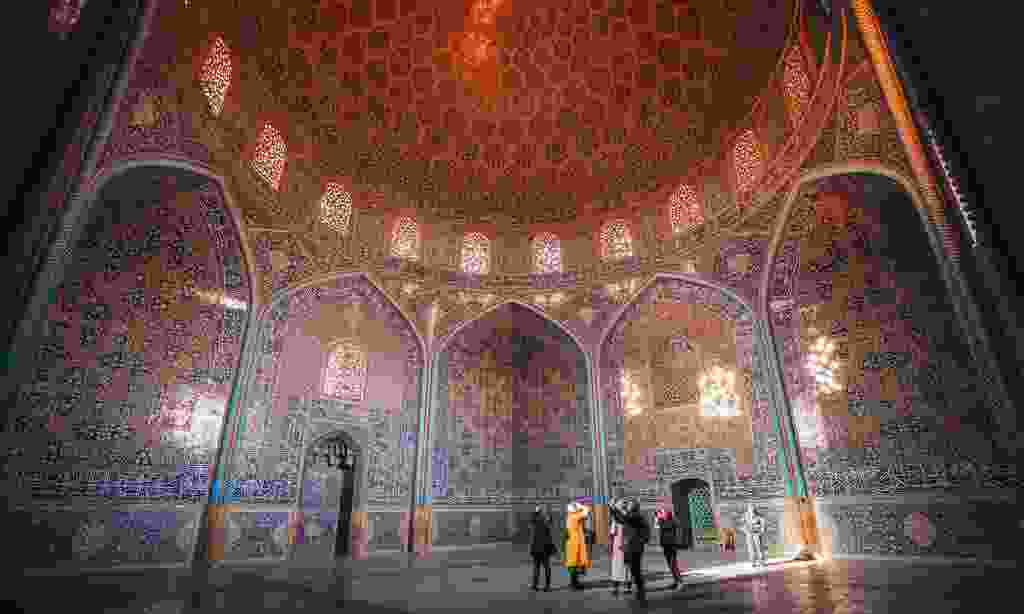 Exploring Iran as part of a women-only group opens up avenues of this mysterious country that you simply would not be able to see as part of a mixed group. You’ll step inside the world of an all women beauty salon, wander through a female-only park, travel in the women carriage of the metro and have the chance to meet many Iranian women from all different walks of life. You’ll talk to them, cook with them and gain an insight into real life inside Iran…12 days from £1630p; more information