Macao’s peninsula and islands hide a wealth of history, culture, food and nature perfect for exploration – if you know where to look 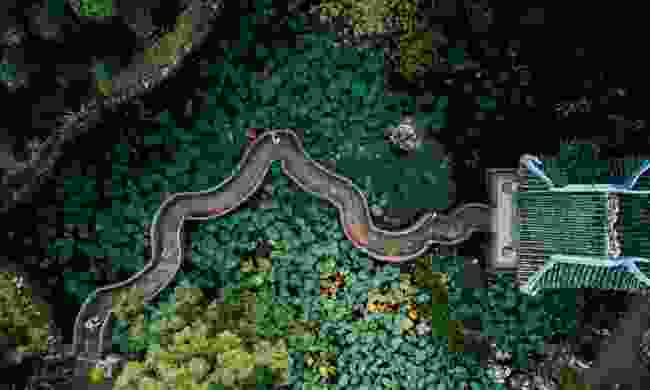 The Macao Peninsula defies expectations at every turn. It’s celebrated core, around the elegant and photogenic Senado Square, even rivals the great European cities for landmarks. Here, Western-style colonnades, stucco mouldings and pretty cobbles offer a stark contrast to its Asian setting, with the UNESCO-listed Historic Centre of Macao covering some 30 buildings, from the iconic ruins of the 17th-century St Paul’s Church to the ancient A-Ma Temple, built in 1488 before the Portuguese ever cast a glance this way.

Even the streets have their own unique histories. The name of Rua da Felicidade (‘Street of Happiness’) nods to its days as a former opium den and red light district; today, it’s reputation is far more wholesome, and behind its traditional Chinese red-shuttered windows are some of the best street food in the city. Elsewhere, near the Ruins of St Paul’s, winds Travessa da Paixão (‘Love Lane’), its lemon- and rose-coloured facades a quiet escape from the crowds of the centre and said to be a romantic spot to stroll with a lover – hence the name.

And then there’s the natural spaces. From a park-set fortress (Guia) and the leafy surrounds of the old Protestant Cemetary and Casa Garden, to the city’s scenic lakes (Sai Van and Nam Van) where fireworks explode overhead on festival nights, the Peninsula is surprisingly green. But perhaps the jewel lies in the city’s horticultural escapes, with the grottos of the Camões Garden and the Suzhou-style formality of Lou Lim leok’s sculpted ponds and bamboo forests to be slowly savoured amid the bustle of urban life.

Life on Taipa and Coloane, two islands originally set apart from the main peninsula of Macao, is a much slower-paced affair. These days, the pair are no longer separated, but linked via reclaimed land and the casino resorts of Cotai (Coloane-Taipa). Yet it’s still possible to get a glimpse of life before the high rollers descended and two became one.

“These days, Taipa and Coloane are no longer separated, but linked via reclaimed land and the casino resorts of Cotai”

Taipa is the livelier of the twin islands, and its old village has become a repository for some of the region’s best eating, with generations-old Chinese, Portuguese and Macanese restaurants seasoning its narrow cobbles. The old centre, lined with Southern Chinese-style shophouses, winds all the way to the food street of Rua do Cunha where the destination’s oldest eatery, the 120-year-old Fong Kei bakery, dishes up tasty almond cookies. It’s the perfect start for a foodie tour of the best of Macao’s dining scene. 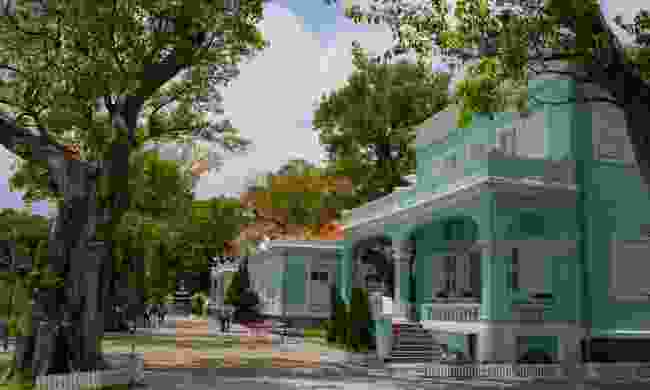 Chinese and Portuguese heritage exist here side by side. Along the banyan tree-shaded waterfront of Avenida da Praia, the 1920s-era suburb that makes up Taipa Houses Museum is a fine example of the island’s European heritage, its peppermint-green mansions now a museum revealing what pre-war domestic life was like for Macao’s rising middle class, and one of a smattering of venues to host the annual Lotus Flower Festival. Finish at the Tin Hau Temple and Po Tai Un Monastery to get a glimpse of the island’s Chinese culture, or just take to the trails, with the hike up Grande Taipa, to the east, offering fine views over the area. 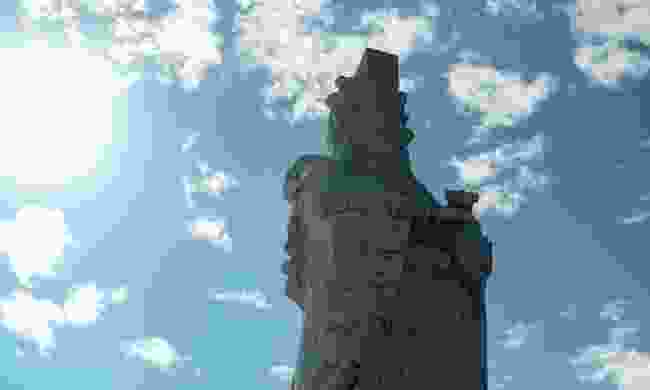 The A-Ma statue stands at 19.99m – the date when the region passed into Chinese hands (MGTO)

The Portuguese didn’t arrive on the southernmost island of Macao until some 300 years after they set up on the Peninsula. Even then, it’s rugged shore and black-sand beaches were only under loose control, and outside of its fishing communities (salt fish remains a local speciality today) piracy took hold here until as late as 1910. As such, it’s always felt like another world, and it wasn’t until the 1960s that the causeway to Taipa opened it up. Yet, even with new neighbour Cotai nearby, the island still feels far removed from the bustle of the Peninsula.

The pace of Coloane village is sedate. Grab an egg tartand make for Church Square. Here, the 1920s Chapel of St Francis Xavier houses the arm bone of its namesake saint, a reliquary rescued from the fire that destroyed St Paul’s. Nearby, the 19th-century Tam Long Temple is worth a visit, sat on the square where the local salt-making industry used to flourish. The temple honours the God of seafarers, and the adjacent boat yards remind you that the sea is still at the heart of life here.

“Outside of its fishing communities, piracy took hold in Coloane until as late as 1910”

Trails out to the coast and the beaches of Cheoc Van and Hac-Sa are a great way to stretch your legs, as well as wander the latter’s black sands. Trails also take you up to the top of Alto de Coloane, where stands the statue of the goddess A-Ma at 19.99m high. Its size marks the date when China took control of Macao, and 2019 marks 20 years since life changed here forever. It’s also just a great spot to gaze out over the Pearl River Delta and savour the quiet.

Get out and discover more of Macao's peninsula and islands at visitmacao.co.uk