Hong Kong has over 260 outlying islands, home to cultures, landscapes and wildlife far removed from the urban bustle and offering a chance to see an altogether slower, more traditional side to the region 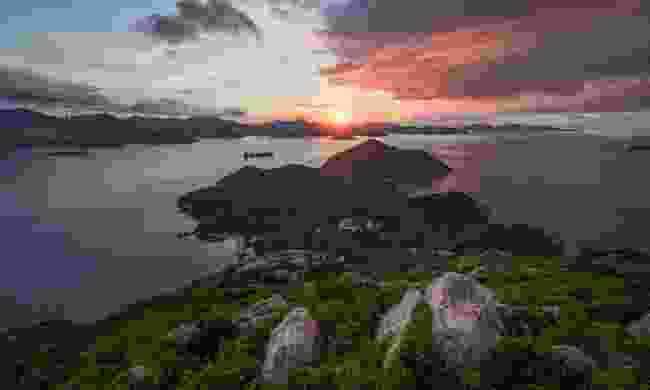 There are few contrasts in travel greater than that of bustling Central Hong Kong and the serene fishing communities of Lamma, just a 20-minute ferry ride away. Boats pull in at main hub Yung Shue Wan or the fishing village of Sok Kwu Wan, with a scenic 7km hike linking the two via golden shores, emerald hills and empty bays.

It goes without saying that you come to car-less Lamma to escape the urban swell. Sok Kwu Wan is tiny, with just a population of 300 and a harbour swimming with old junkers and floating fish farms. It’s also the starting point for the shorter Po Toi Trail (2.5km), looping past the island’s largest and most dramatic sands (Shek Pai Wan).

South of the village lies the Kamikaze Caves: huge grottoes used by the Japanese to store boats rigged with explosives, built to sink Allied ships back in the Second World War. It’s just one of a handful of historic sites on an island whose treasures are well worth exploring.

Despite being twice the size of Hong Kong Island, Lantau is not nearly as developed. Much of it is covered by a pair of parks that spill across a mountainous green spine, with the 70km Lantau Trail weaving the southern reaches where the main villages and towns lie. 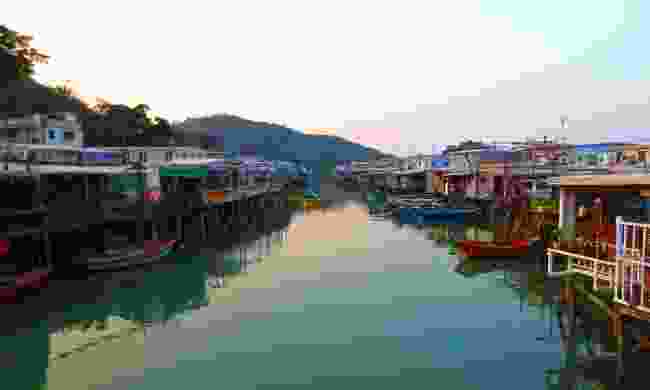 Most ferries dock in island hub Mui Wo, a jumping-off point for exploring the deserted golden sands of Pui O Wan and Cheung Sha or for taking the 16km road to Ngong Ping. This latter route leads past Shek Pik reservoir and its 3,000-year-old rock carvings to the 34m-high bronze Big Buddha statue that peers down on Po Lin Monastery. There, a cable car ascent offers fine views and the chance to explore one of Asia’s most important Buddhist sites.

Along the coast, the settlement of Tai O is one of the region’s last remaining stilt villages, its tightly interconnected dwellings dangling over the tidal shores and making for incredible shots. You can even hop in a kayak and paddle the settlement, heading out into open water afterwards to spy rare Chinese white dolphins (which are actually pink in appearance) at play in the estuary. 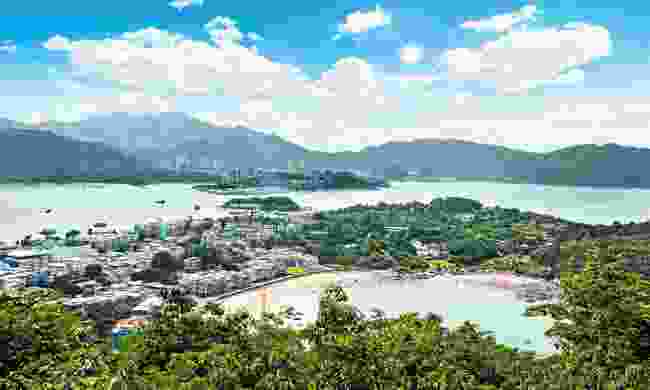 Peng Chau underwent something of an industrial revolution in the 1970s and ’80s, and while things quickly simmered down, it offers an intriguingly different landscape to the other main islands and a few fine trails that offer a view of local life beyond the busy harbour.

The newest of these walks is Peng Yu, which plunges the northern coastline to Fisherman’s Rock, a handy marker for one of the island’s most remote and rewarding shores. The return takes you back via Lung Mo Temple – touch the Dragon Bed for a glimpse of your future – then ascend Finger Hill for the best views of the island.

Peng Chau’s recent past serves up another side to the island. Wander the shoulder-wide alleys that vein the main town and follow the Heritage Trail to explore the abandoned match factory and lime kilns – locals here have been making lime out of oyster shells for generations – that document its recent history. A fascinating look at an oft-missed gem.

The pocked coast of Cheung Chau offers a clue to its past, riddled as its shores are with secretive coves and hidden bays. Like many of the islands off Hong Kong, it was once a pirate haunt; the caves at Cheung Po Tsai (a 2km walk from the main town) are even named after one of the island’s more infamous brigands and were where he ruled over some 4,000 men.

Those days are long gone but life on the tiny island still revolves around the water, as the many shrines to Tin Hau, the goddess of seafarers, shows. Four of her temples dot the main town, while a stroll to the pier reveals plenty of junkers and sampans. But it’s the Pak Tai temple that gains the most attention here, especially around the time of the Bun Festival when thousands descend on the island for events honouring the god of the fisherfolk. 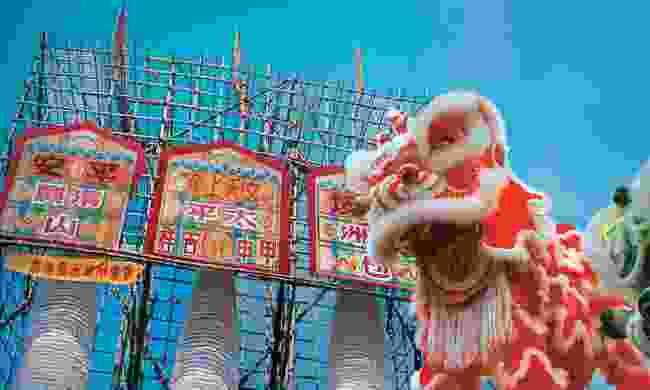