From dancing at the Navratri festival to treading the heritage trail, here are some top travel tips to connect with the authentic side of India...

Gujarat in India is renowned for its festivals. Beyond the exuberant showcase of culture at Rann Ustav in the district of Kutch, India’s most-westerly state has a fanfare of colourful events dotted throughout its calendar.

The Navratri festival is a great example and brings colourful costumes, traditional music and energetic dance in a fusion of fantastic cultural celebration. It’s a chance share in the customs and festivities of locals and to explore some of the other unique aspects of Gujarat’s culture too… 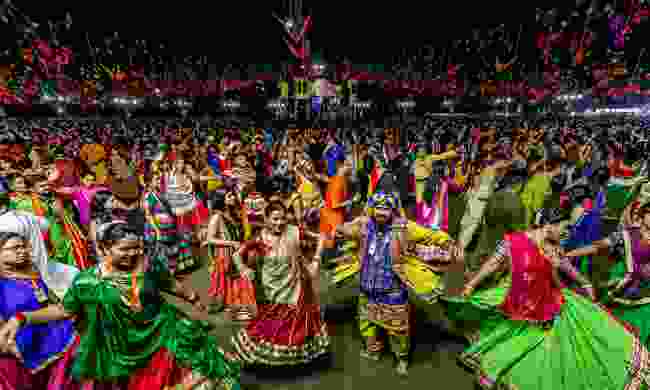 Dancing the celebratory garba at the Navratri festival (Gujarat Tourism)

Navratri is a nine-night Hindu festival filled with revelry, colour and dance. The ancient festival itself is one of the most popular and widely celebrated in India but in Gujarat you’re more likely to see the reverent jubilation running in its entirety with each day attributing special significance to a different colour and celebrations held both in the cities and villages. Navratri is a celebration of feminine divinity, also referred to as Shakti, and each evening is dedicated to a puja (ceremonial worship) celebrating each of the nine forms of Goddess. This period is also used to celebrate fertility and the monsoon harvest, represented by a mound of fresh soil, watered on each day and in which grains are sown.

Travel to Gujarat during the festival and you can expect to see communities brought together, dancing in unison to the garba, a whirling series of steps that sees the crowd move as one in a circular movement. This dance is also sometimes accompanied by the dandiya, a folk dance which uses wooden sticks from the Gop culture of the districts of Saurashtra and Kutch.

The focal point for each garba is a small shrine that houses a garbo, an earthenware pot in which a coin is placed to signify prosperity. As the dancer’s sway around the pot in their colourful costumes, bands of singers and drummers also accompany them, building the tempo. Dances usually begin late in the evening and continue into the early hours with dance competitions also held.

The festival can be experienced in the local neighbourhoods of Gujarat’s large cities, such as in Vadodara and Ahmedabad (read more about this city below), and in a more intimate setting of villages and in some of the temples too. This year will see Navratri take place between October 17 – October 25. 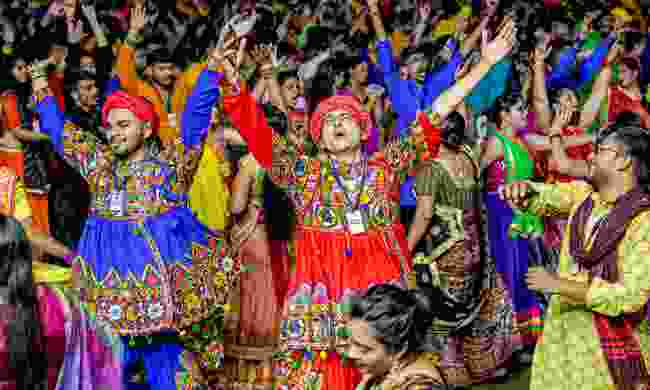 2. Tread the Heritage Trail in Ahmedabad 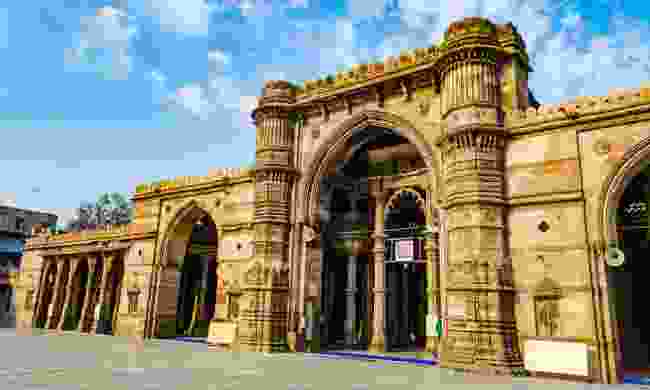 As Gujarat’s former capital and largest city, Ahmedabad is a bustling hub rooted in history and tradition. The walled city was founded in the 15th century by Sultan Ahmad Shah, and though the 600 years since have seen the city evolve and grow expansively, the retention of its rich architectural heritage from this sultanate period has earned Ahmedabad a place on UNECSO’s ‘World Heritage City’ list. 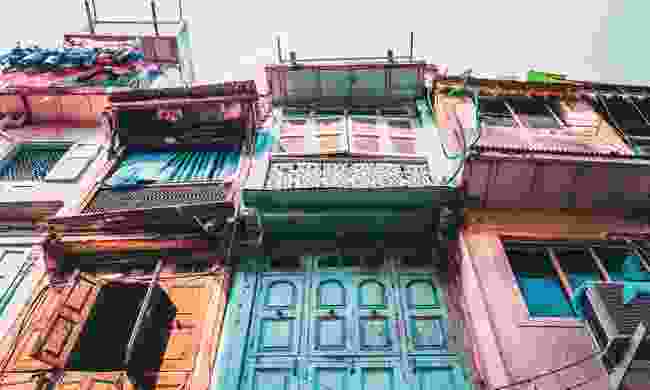 Explore the streets of Ahmedabad (Shutterstock)

Of special note are the walls and gates of the Fort city, the Bhadra citadel, and a busy city canvas of religious buildings (such as Islamic mosques and Hindu and Jain temples) that blend naturally with carved timber houses. Not only are these architecturally significant in themselves, but these densely packed buildings have given rise to a maze of gated residential neighbourhoods called pols.

Each pol houses virtually its own village community and often features a square with a well and Chabutro (birdfeeders) along with gates, cul-de-sacs and secret through-fares hidden among the narrow streets. They form an integral part to Ahmadabad’s urban heritage and you too can see them for yourself along with the chance to see the city’s most important historic sights, architecture, art, religious spaces and culture on a Heritage Walk with a local guide.

Whilst enjoying the sights of Ahmedabadand soaking up all the excitement of the NavratriFestival, be sure to explore the historic and culturally significant sites that lie beyond the old city walls too. Here are a couple of great places to visit and just a short car ride away too! 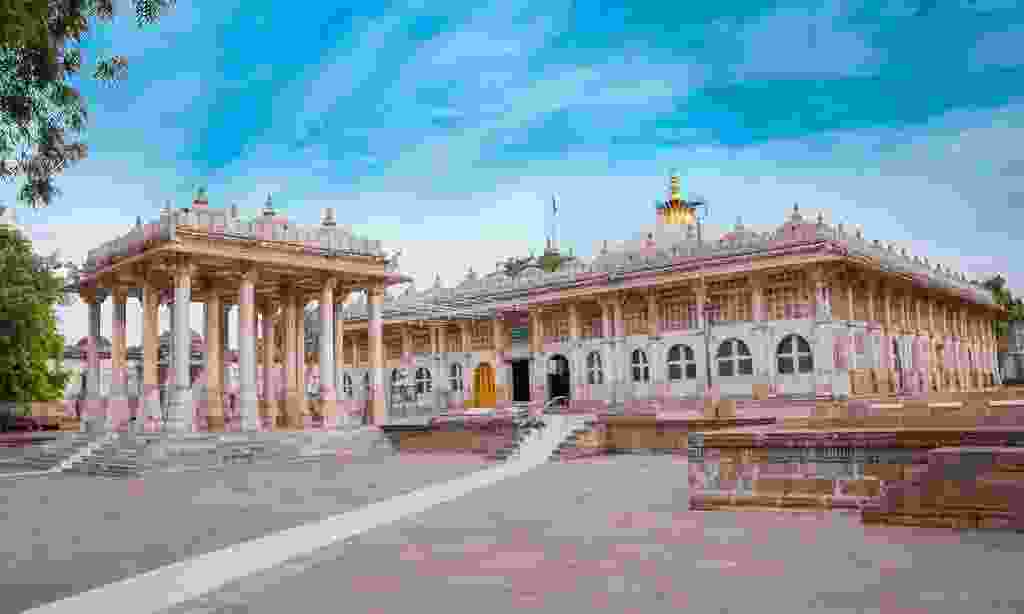 Located just outside the city, Sarkhej Roza offers an example of Gujarat’s early Islamic architectural culture, which fused Persian stylistic influences with indigenous Hindu and Jain features. The buildings are remarkable for the absence of arches and the use of pierced stone trellises throughout, with elegant tombs and pavilions to explore. 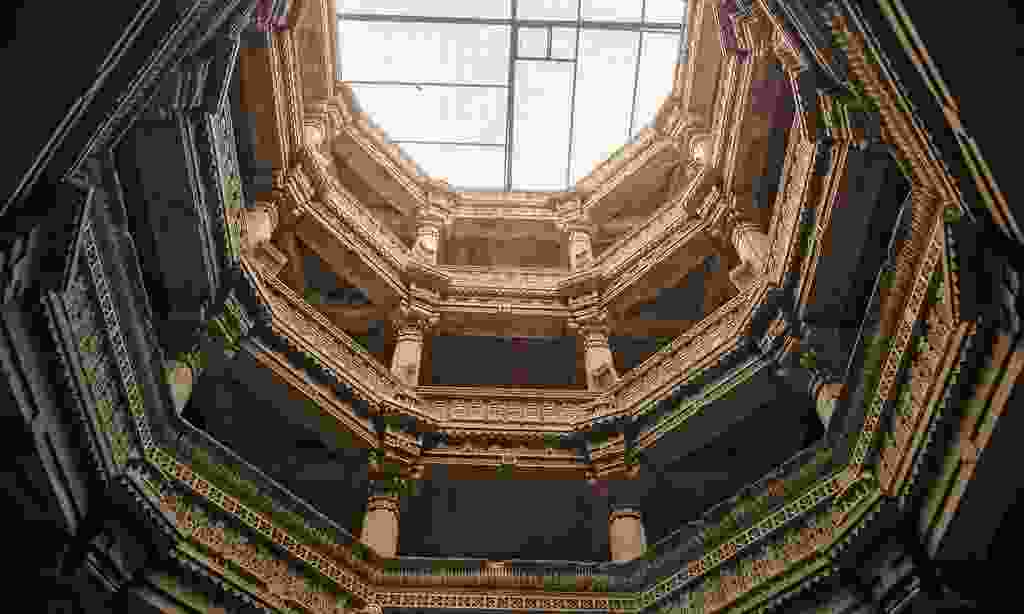 Found in the village of Adalaj, this five-storey stepwell served for hundreds of years as a resting place for pilgrims and caravans during their long journeys. An opening in the ceiling enables light and air to filter into the octagonal well and as you meander through its cool passageways and admire its ornate stonework, you’ll soon come to understand how this space would became a spiritual refuge. 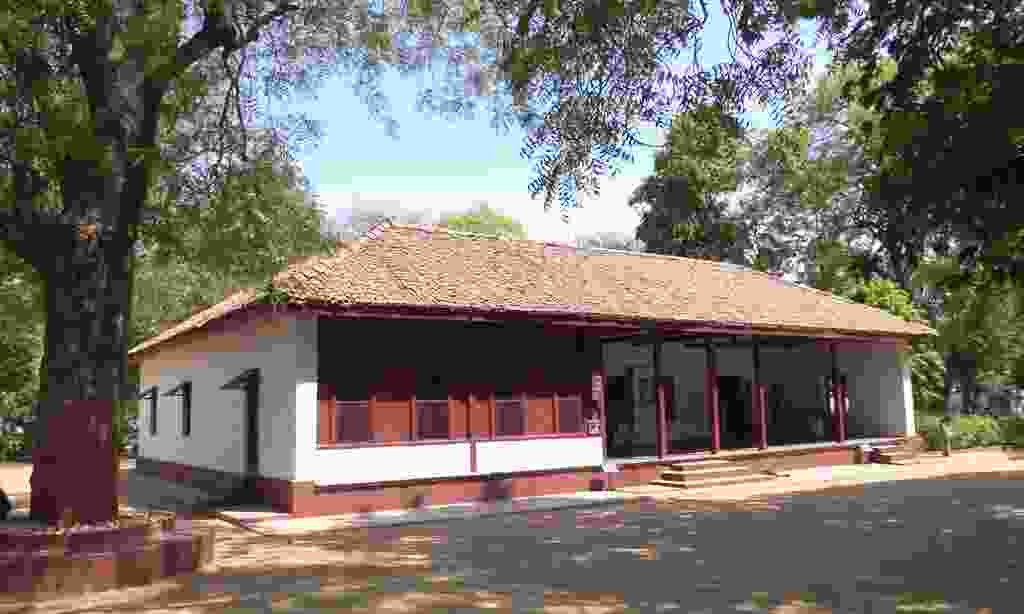 Set in a quiet suburb of Ahmedabad, Mahatma Gandhi established the simple retreat of Sabarmati Ashram in 1915. In the coming years it would prove to be one of the main hubs of India’s movement for freedom: used as the starting point from which Gandhi led his Salt March. Hridaya Kunj, the simple cottage where he lived, is now a national monument and preserved as it was during the Gandhi’s life-time. 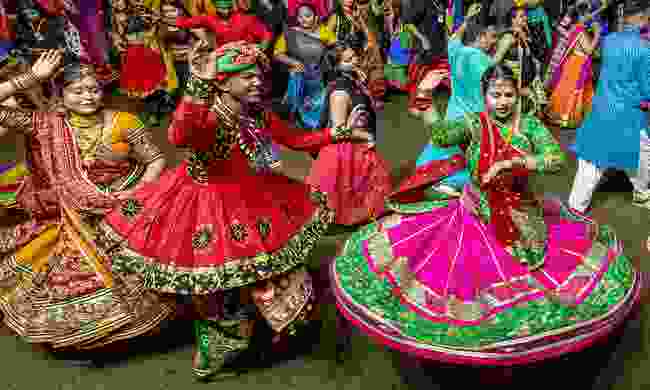 You’re sure to be mesmerised by the intricate patterns, sensational styles and beautiful colours of the clothes of festival-goers during the Navratri festival. Gujarat is renowned for its huge variety of embroidery styles with techniques, stitches and patterns reflective of the communities that made them. You can find out more by striking up a conversation with any of the local vendors or craftsmen and craftswomen to find out what special significance lays in a garment’s design.

A good place to visit if you wish to see this creative process in action is Patan, north of Ahmedabad. This town is famous for its Patola silk weaving, specifically its double ikat dying technique which dates back hundreds of centuries. Whilst visiting this historic hub be sure to also explore the Modhera Sun Temple and Rani ki Vav stepwell where, if you examine the wall reliefs, you might just notice some of the patterns that have served as a source of inspiration and which can still be found in the designs of the Patan Patola to this day. 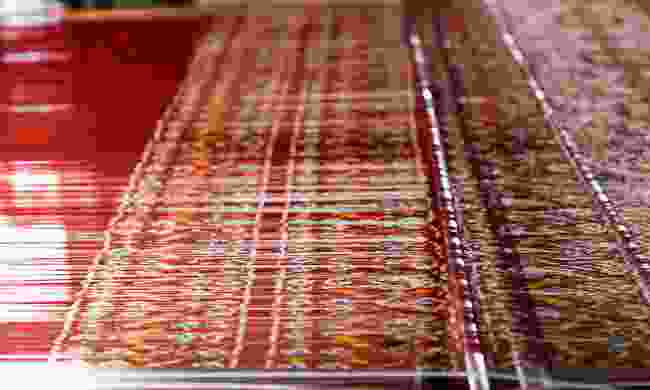 Want to join in the Navratri festival celebrations & explore more of Gujarat?