7 reasons you must visit Brittany, France

With charming architecture, exquisite cuisine and breathtaking coastal scenery, there's every reason to visit France's north-west region. Here's why you need to get there now...

1: The locals are warm welcoming 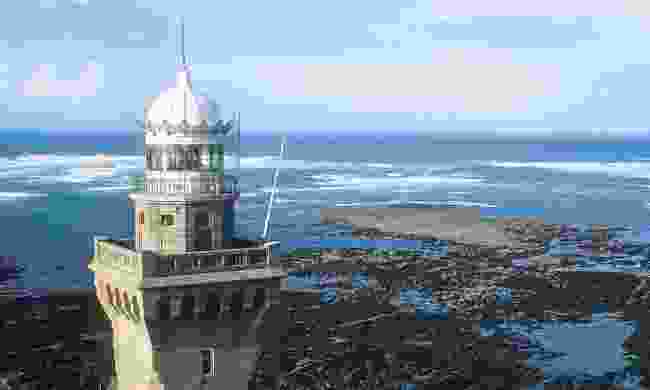 Who better to show you the region than Bretons themselves? The locals are fiercely proud of their heritage, culture and landscape, so let them lead you to one of the region’s best experiences. For a sunset trip complete with gourmet picnic, take a catamaran out from the Crozon peninsula with Captain Erwan.

Elsewhere in Finistère, let maritime heritage expert Alexandra lead your evening hike up the Eckmühl lighthouse; after the sun goes down, see the lighthouse’s powerful beams shine out over the Atlantic. To see life under the waves, join Dominique for a snorkelling trip with grey seals in the Bay of Morlaix. And amid the moorland in the heart of the region, take a walk at daybreak to see the sun rise and hear guide Youenn tell the many myths and legends that surround this land and its history.

2: You can island hop your way around 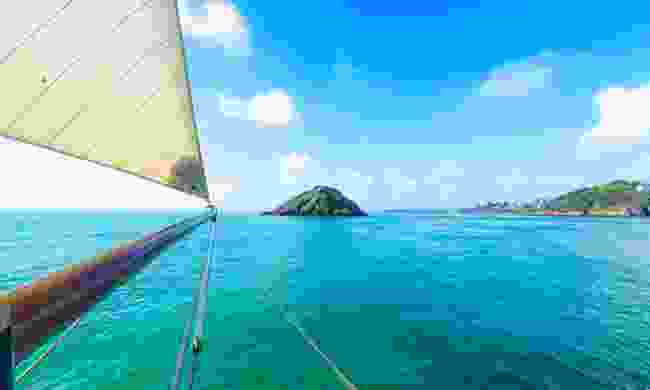 September, when the summer crowds have drifted away, is a great time to explore one of the many islands that dot Brittany’s 1700-mile coastline. Many are car-free, so perfect for hiking or cycling. The Ile d’Ouessant (Ushant in English) is the most westerly point of Metropolitan France and its jagged coast and wild landscape abounds with legends of seafaring and shipwrecks.

The Île de Batz, just off the coast of Roscoff, offers exotic botanic gardens and undulating cycle paths past farmers’ fields and fishermen’s cottages. In the south, the Gulf of Morbihan is an inland sea with numerous islands to explore by bike, while also off the south coast, Brittany’s biggest island Belle-Ile offers bracing walks and beautiful beaches in hidden coves.

3: There's a gourmet treat for everyone 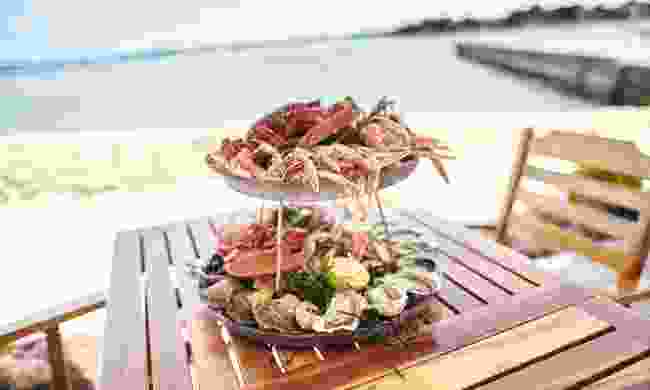 If the way to your heart is through your stomach, you won’t fail to fall in love with Brittany’s gastronomic scene. With enticing farmers’ markets, such as as the Marché des Lices in Rennes where stalls are surrounded by the city’s iconic colourful timber-framed houses, to the seaside market in Lorient, where the catch of the day can be bought within hours of being landed.

Seafood is, of course, a speciality in Brittany and buying direct from the producer is one of the highlights of the food scene, whether it’s at Cancale’s beachside oyster market or from an oyster-fisherman’s cabin on the coastal path at Paimpol.

Buckwheat has been a specialty in Brittany since the 16th century and forms the main ingredient in the famous galette – these thin and crispy golden pancakes are served with a huge choice of savoury toppings, with the sweet crêpes served for dessert. Delicieux!

4: There's always a celebration to be had 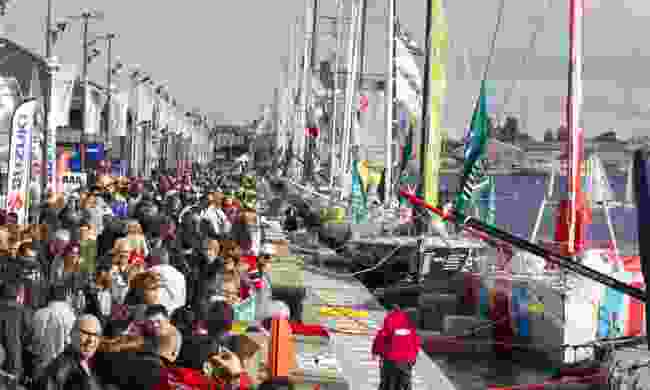 Looking for a festival? Then you’ve come to the right place – Brittany is home to a great number of gatherings. The American and British rock festival, La Route du Rock, takes place in August in Saint-Malo, and this year’s headliners include Patti Smith and Grizzly Bear.

Film buffs, meanwhile, will love the Festival du Film Britannique, the British Film festival in September in Dinard which showcases the cinematic talents from just over the Channel.

In November, the Route du Rhum sees 100 solo sailors depart for a 3,510-mile journey across the Atlantic to Guadeloupe in the Caribbean. It takes place every four years and each time, some 200,000 well-wishers come to wave them off.

5: It has a fascinating history 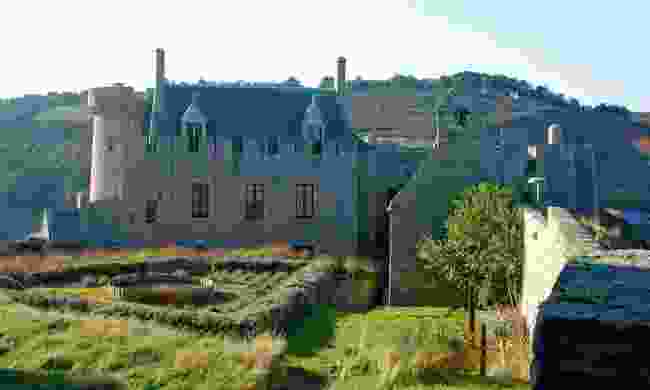 Tales of seafaring, global explorers and pirates abound inside the mighty walls of Saint-Malo; wander the cobbled streets intra-muros to admire the malouinières – wealthy ship-owners mansions – then walk the ramparts that encircle the old city and gaze out over the sea and the golden beaches.

Not far away in Dinard, you can soak up the history of the Middle Ages. This fortified town perches above the River Rance and within its three-kilometres ramparts, with their gates and towers, the half-timbered houses and cobbled streets make for an enchanting stroll.

Brittany’s coastline, too, is punctuated with fascinating forts and chateaux. For turrets and towers, look no further than Château de Suscinio on the south coast, while the Fort La Latte perches on cliffs that jut into the sea on the north coast.

6: It has beautiful nature and scenery 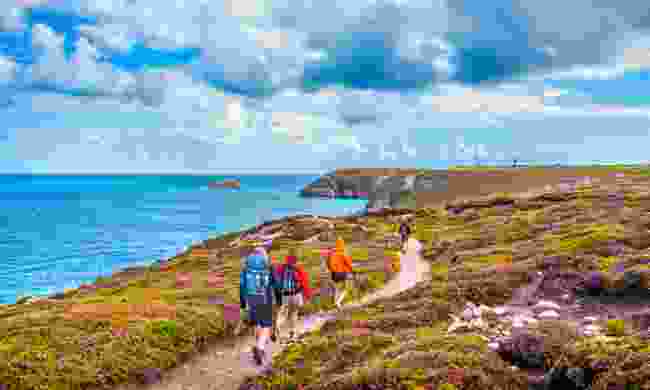 If you crave solitude, then Brittany’s walking and cycling trails give you the chance to commune with nature in the most spectacular settings. Stride out on the headland of Pointe du Grouin, on the north coast, to admire the jaw-dropping panorama that includes Mont-Saint-Michel and the jagged island, the lle des Landes, a bird reserve just off-shore.

Long-distance walkers will love the GR34 hiking trail that traces the old custom officers path around the coastline, while those who prefer exploring on two wheels the long-distance cycling routes Velodyssey and LeTour de Manche routes, while take you through some of Brittany’s most beautiful countryside and coastlines.

7: Its coastline is spectacular 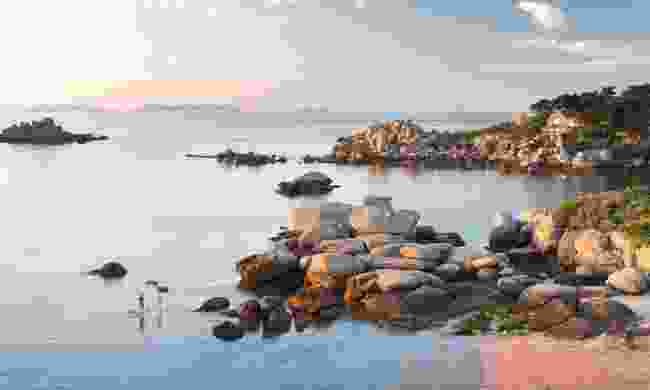 There can be nothing more serene than the chance to paddle in the shallows of a golden beach, and with hundreds to choose from along the coast, Brittany allows for that precious castaway moment.

The coast’s character changes too, offering everything from white-blonde beaches lapped by turquoise water at Cap Coz on the south coast, to the surf beaches of Plougasnou on the north coast. On the Pink Granite coast near Perros-Guirec, meanwhile, you’ll be building sandcastles over-looked by the giant rose-hued boulders shaped by the wind and sea into weird silhouettes.

Whatever you love in a beach, you’re sure to find it in Brittany.