With its glorious landscapes, pretty backcountry communities and wildlife around every corner, British Columbia is prime territory for a road trip...

With its glorious landscapes, pretty backcountry communities and wildlife around every corner, British Columbia is prime territory for a road trip. Make a beeline for the surf beaches, meander up into the mountains or experience the northern lights from behind the wheel with the province’s most spectacular drives. 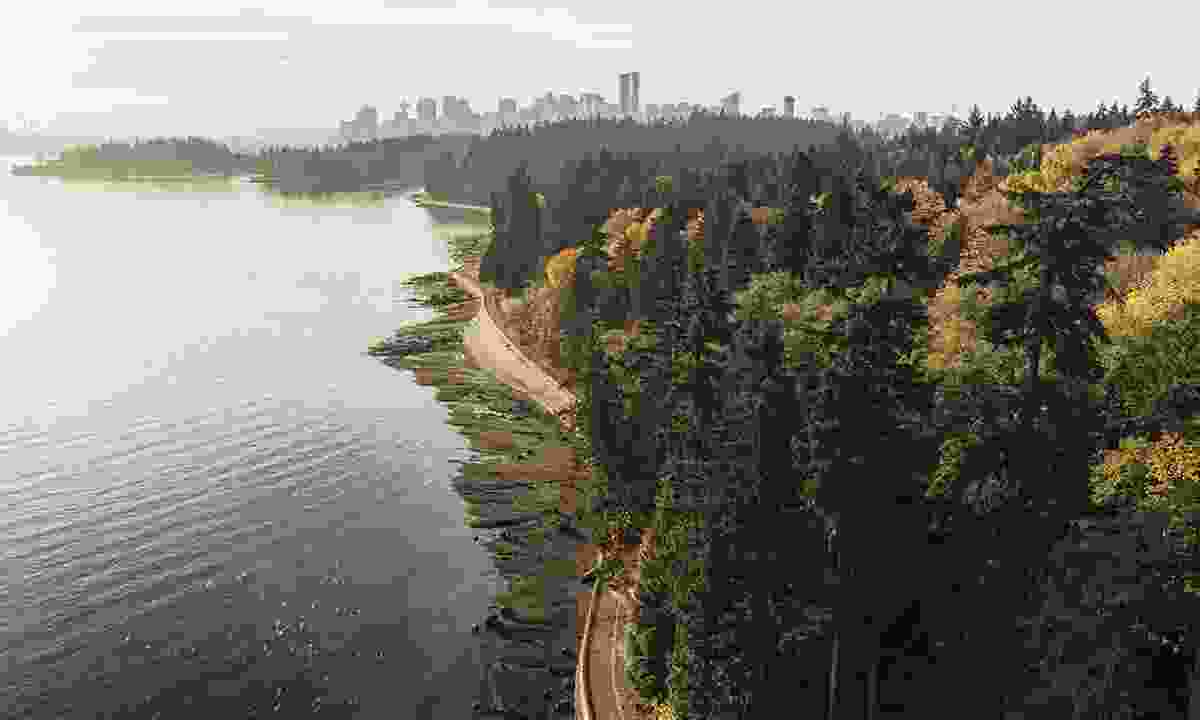 Without doubt one of British Columbia’s top scenic drives, the breathtaking Sea to Sky Highway (Highway 99) whisks you along the coast from Vancouver all the way up to the craggy peaks of Whistler. This stretch of road is true to its name, conquering the mountains in gentle curves with towering cliffs on one side, the ocean on the other and nothing ahead but sky. Along the way, you can pull up in Squamish to rock climb, windsurf or mountain bike along woodland trails. Make sure you don’t miss the Sea to Sky Gondola, which swoops you across Howe Sound to a trio of lofty viewing platforms. 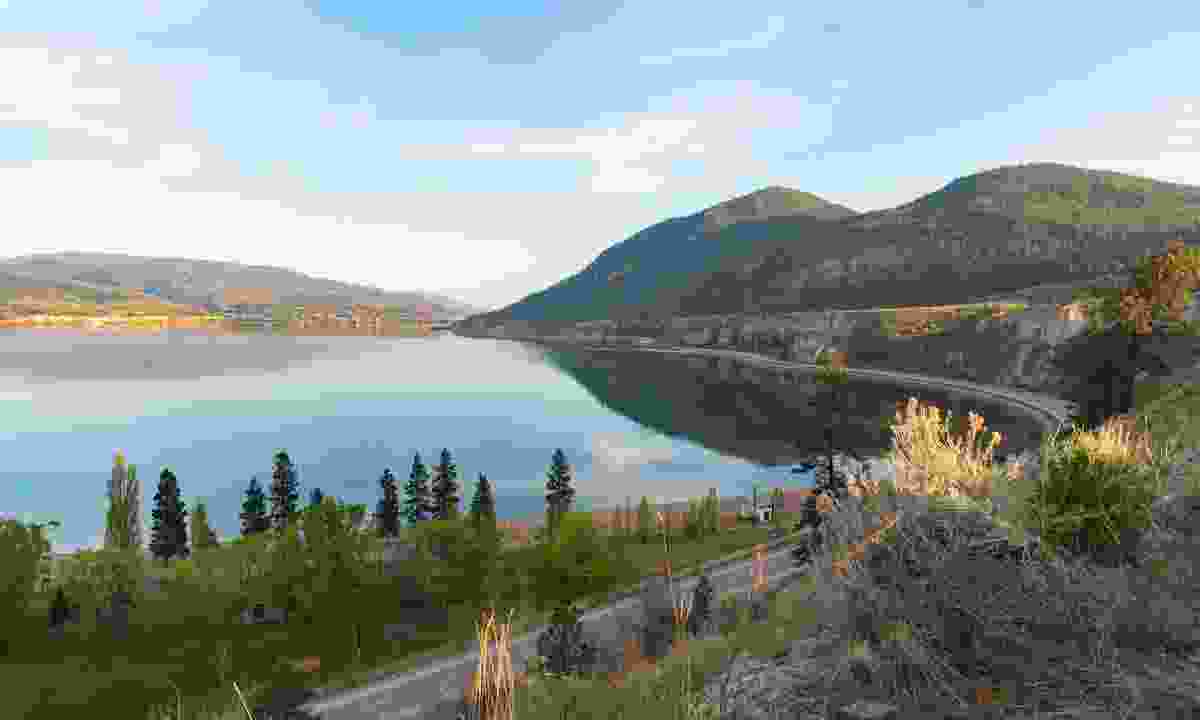 For a road trip of epic proportions, look no further than Route 97, North America’s longest continuous north-south highway. In Canada, it’ll carry you from the US border near Osoyoos up to Watson Lake on the boundary with the Yukon, passing through the Okanagan wine country and sprawling Kamloops. From here, the untamed wilderness of the north unfurls ahead of you as you head towards Watson Lake. It is without question one of the province’s greatest drives. Highlights of the route include plentiful roadside wildlife (like bison, elk, moose and bears), a refreshing dip in Lake Okanagan or paddleboarding on Lake Kalamalka, as well as the many roadside fruit stands piled high with seasonal fruit, including cherries, peaches and apples.

Start and finish: Osoyoos and Watson Lake, though it can be cut shorter to finish at Kamloops
Distance: 1,343km
Duration: 3 to 7 days 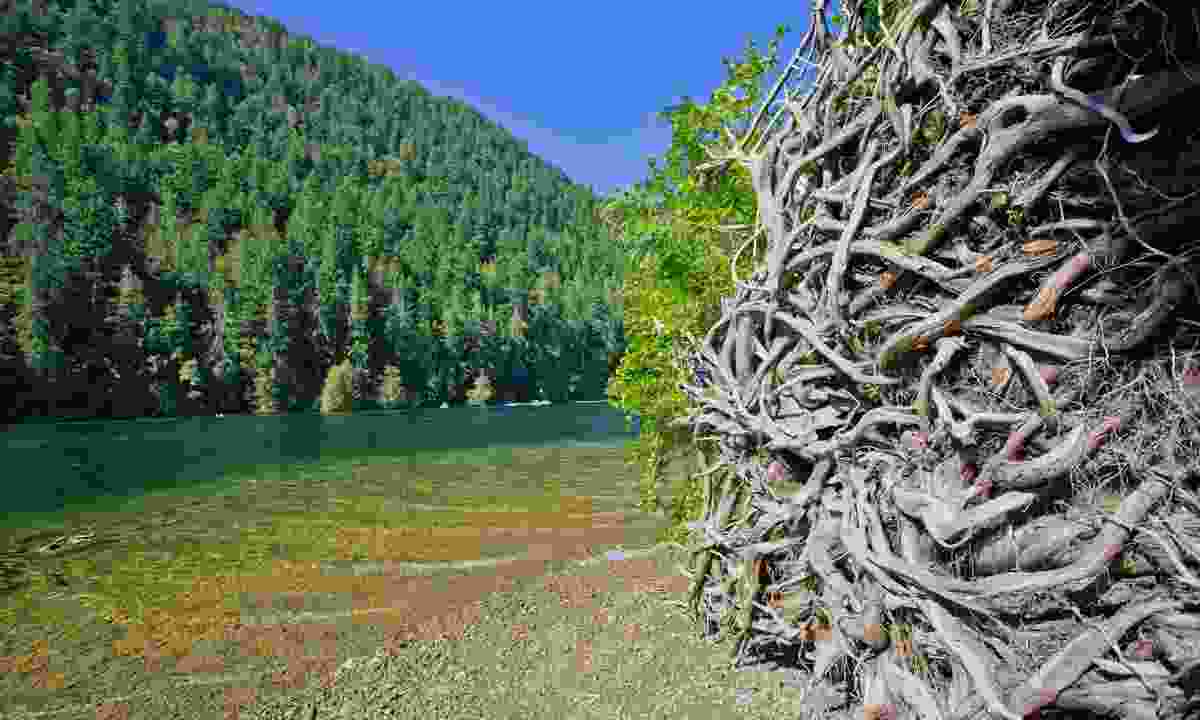 The route from Vancouver to Tofino, on Vancouver Island, will lead you from the big city to one of Canada’s best-known surfing towns. Unusually, this is a road trip that starts with a ferry crossing, as you’ll first have to sail across the strait to Nanaimo. Tofino lies to the west, but you should resist the call of the waves for as long as you can to make a few essential stops en route. The market in the community of Coombs is renowned for the small herd of goats nibbling the grass on its roof, while Macmillan Provincial Park is home to Cathedral Grove, an easily accessible pocket of truly enormous Douglas fir trees, some over 800 years old. 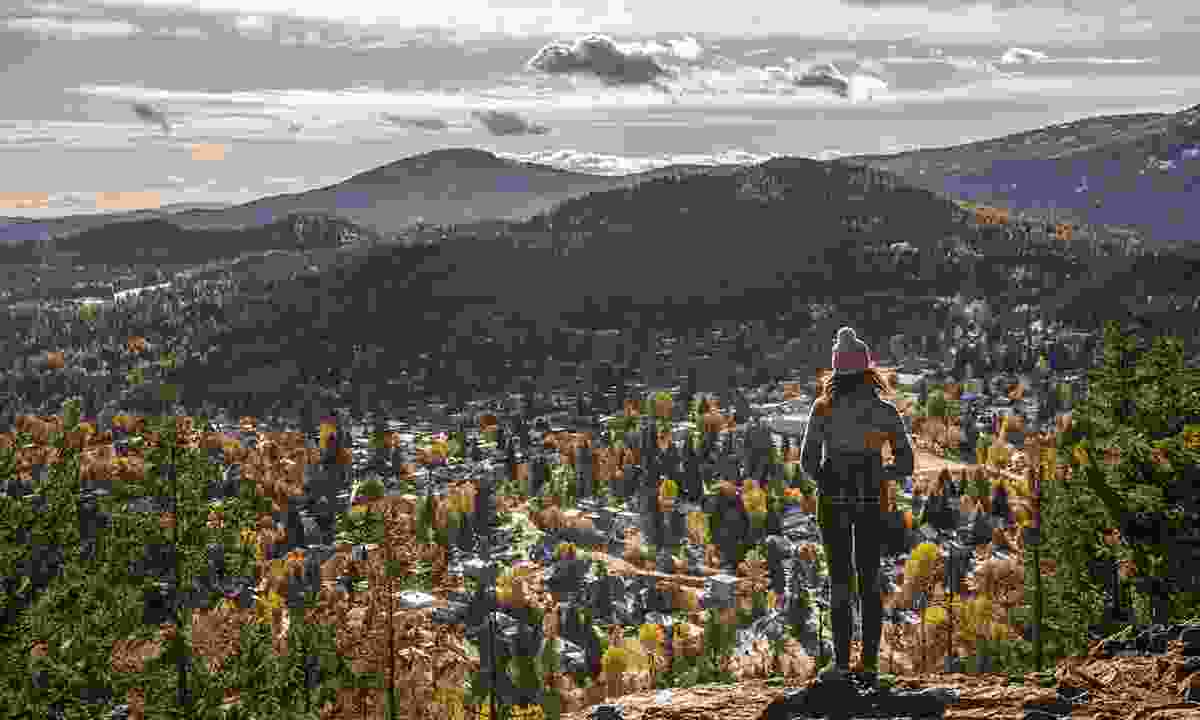 A view of Rossland in the Kootenay Rockies (Destination British Columbia, Kari Medig)

If ski resorts and hot springs are your kind of thing, then the existence of British Columbia’s Powder Highway in the province’s south-eastern corner is going to come as welcome news. This legendary circuit carves out a route between the eight major ski resorts in the Kootenay Rockies, and offers a mix of options for all abilities: Panorama and Whitewater are family-friendly, for instance, while Revelstoke and Kicking Horse can thrill even the experts. At the half-way point, you can schedule a stop at Fairmont Hot Springs Resort to soothe your muscles in its pleasantly warm pools. 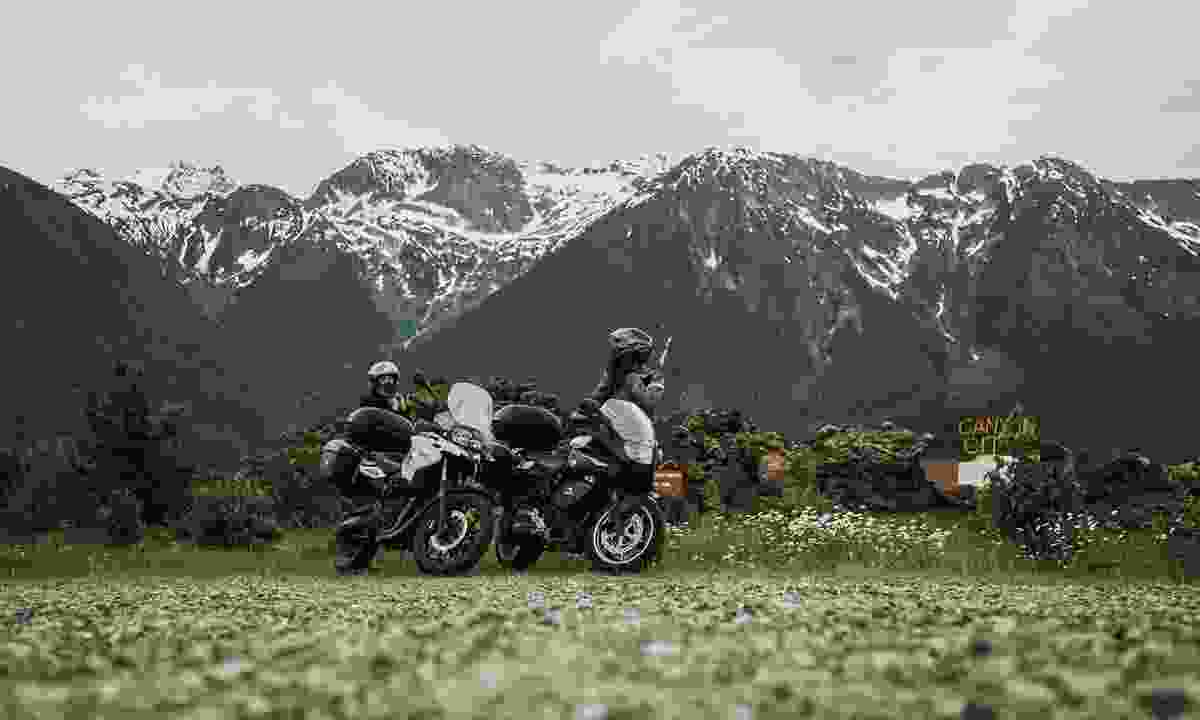 Like the Trans-Canada Highway, the Yellowhead Highway (Highway 16) runs east to west across British Columbia, connecting the towering peaks of the Rocky Mountains with Prince Rupert, the coastal gateway to the First Nations communities on Haida Gwaii and the Khutzeymateen Grizzly Bear Sanctuary. The quiet route plunges deep into the wilds of northern BC, and is a favourite with motorcyclists and those eager to stray from the beaten path. When you reach Terrace, don’t miss the detour to Nisga’a Memorial Lava Bed Provincial Park, where you can visit First Nations villages and explore otherworldly volcanic landscapes. 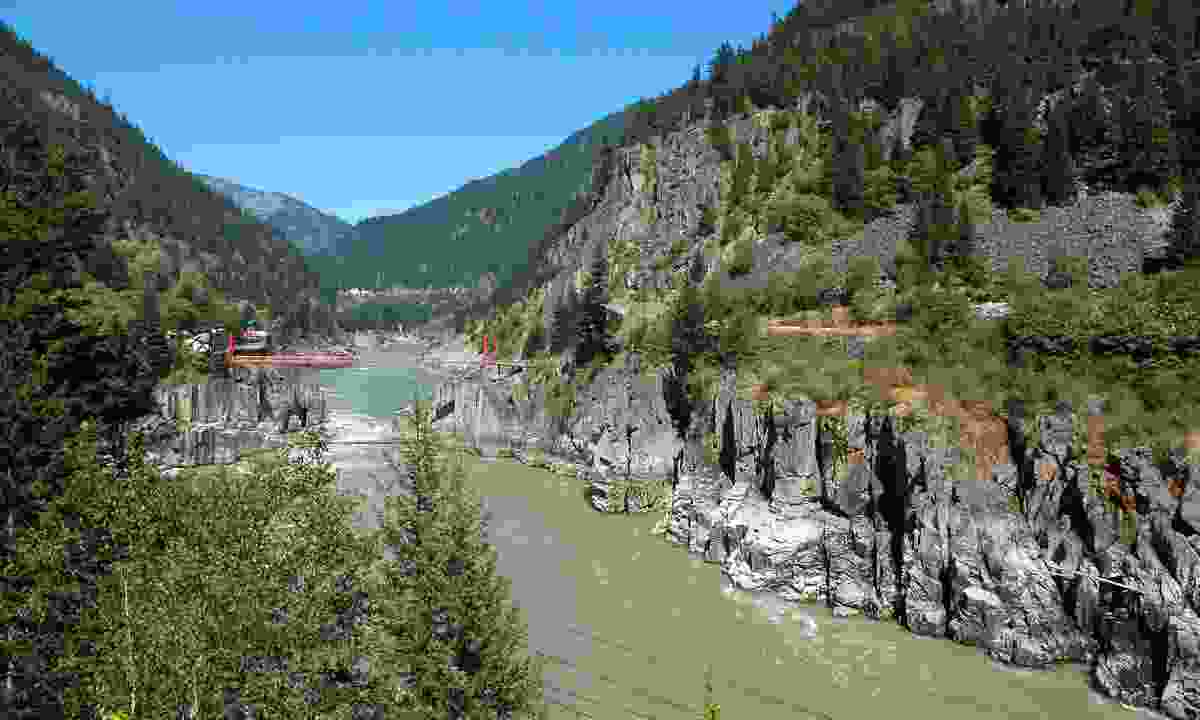 The Trans-Canada Highway (Highway 1) is a whopper of a road, spanning 7821km east to west across all ten Canadian provinces. You’ll find around 1,039km of it in British Columbia, and one of the most interesting sections to tackle is the drive along the Fraser River between Hope and Cache Creek. This area played an integral part of the Gold Rush Trail in the mid-nineteenth century, when giddy prospectors made an abrupt beeline for Barkerville. You can follow the echoes of their boots north via Hell’s Gate, the deepest and narrowest part of the river, where you’ll also find a gondola tentatively crossing over the tempestuous waves. 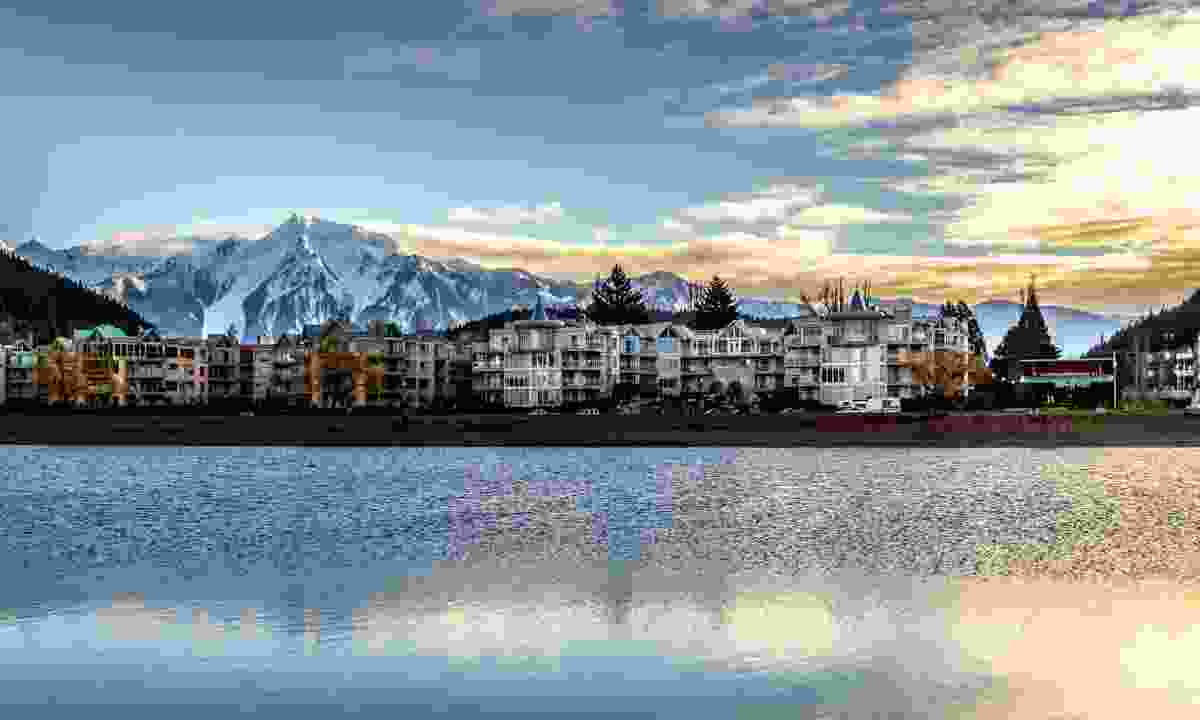 If you’re in Vancouver and eager to get out into the country for the day, the laidback Scenic Highway (Highway 7) is a good bet. Leave the city in your rear view mirror and adjust to life in the slow lane, tracing the river between rolling hills east to the small town of Hope. Along the way, you can stop off in the small community of Harrison Hot Springs for a relaxing soak in the mineral pools. Once you arrive in Hope, work up an appetite for dinner with a hike along the Othello-Quintette Tunnels, which were originally built as part of the Kettle Valley Railway and pass over the roaring Coquihalla River. 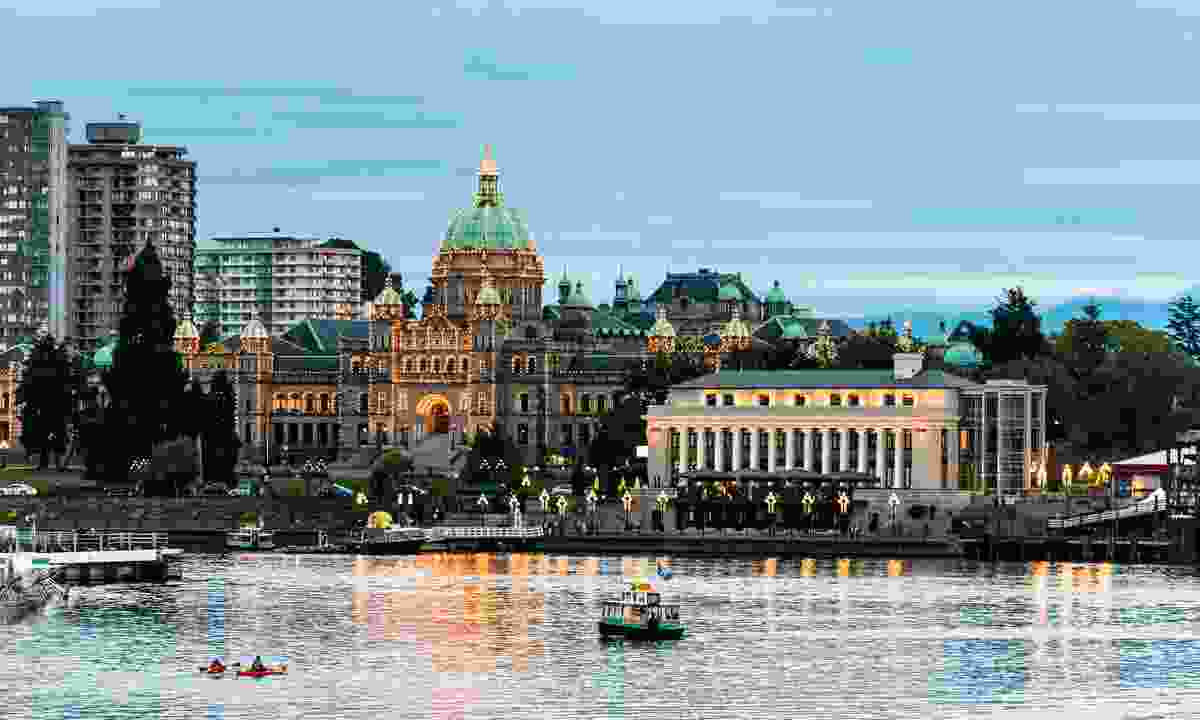 This quiet circular route kicks off in Victoria, British Columbia’s capital city, before heading off on a coast-to-coast adventure between some of southern Vancouver Island’s highlights. You can start by heading west to the scenic town of Sooke, where it’s just a short drive to the gnarly rock formations of Sooke Potholes Provincial Park. Keep going and you can enjoy a dip in Cowichan Lake, before taking a tour of downtown Duncan’s 41 vibrant totem poles and zooming back to Victoria. Alternatively, catch a ferry at Mill Bay across to Butchart Gardens near the capital – it’s been dubbed Vancouver Island’s most beautiful shortcut.