Spain’s shore-hugging GR92 trail reveals every nook and cranny of the Catalan coast. Starting on the French border and tracing the sun-kissed, artist-beloved, endlessly varied shore all the way south and into Valencia province, it’s the complete coastal picture.

With so many settlements of all sizes en route, access is easy, so you can do the lot (if you have a few months to spare) or dip in and out for a week, a weekend or even just a day.

Like that? Try this... Sendero del Ebro (GR99), a 1,150km hike that follows the River Ebro right across Spain, from Cantabria to the Med. The final 155km runs through Catalonia, via Miravet Castle and historic Tortosa. 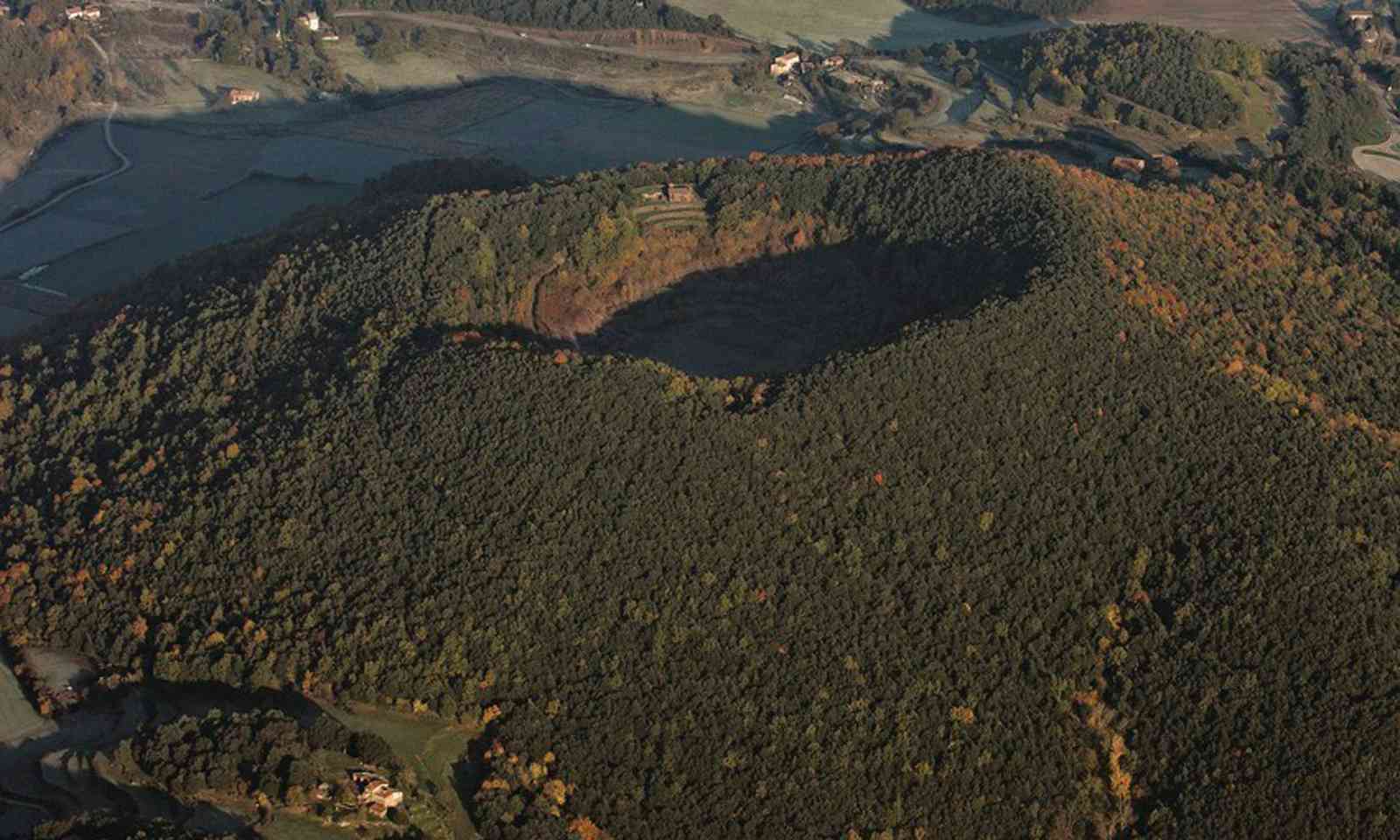 There’s a little bit of everything on this moderate, four-stage hike between the mid-mountain region of Ripollès and the Mediterranean hinterland at Lladó. The scenery is constantly changing and gets especially strange (in a good way) in the Volcanic Zone of La Garrotxa, where more than 40 inactive, forest-cloaked cones and craters erupt from the landscape.

Handsome villages speckle the path too, including Besalú, one of the best-preserved medieval towns in Catalonia, where a 12th-century bridge still spans the Fluvià River.

There are also megalithic ruins, architecture running from Romanesque to Modernist, and delicious local dishes to sample, not least the fesols (beans) of Santa Pau, Serrat sheeps’ cheese and the tasty potatoes of Olot, which flourish in the rich volcanic soil.

Like that? Try this... Carrilet I Greenway, an easy-to-follow 54km route along a disused railway line, running from the volcanic landscapes of Olot to the medieval city of Girona. This is one of Spain’s many Vies Verdes, a network of abandoned train tracks converted into walking and cycling paths.

The classic crossing of the Spanish Pyrenees 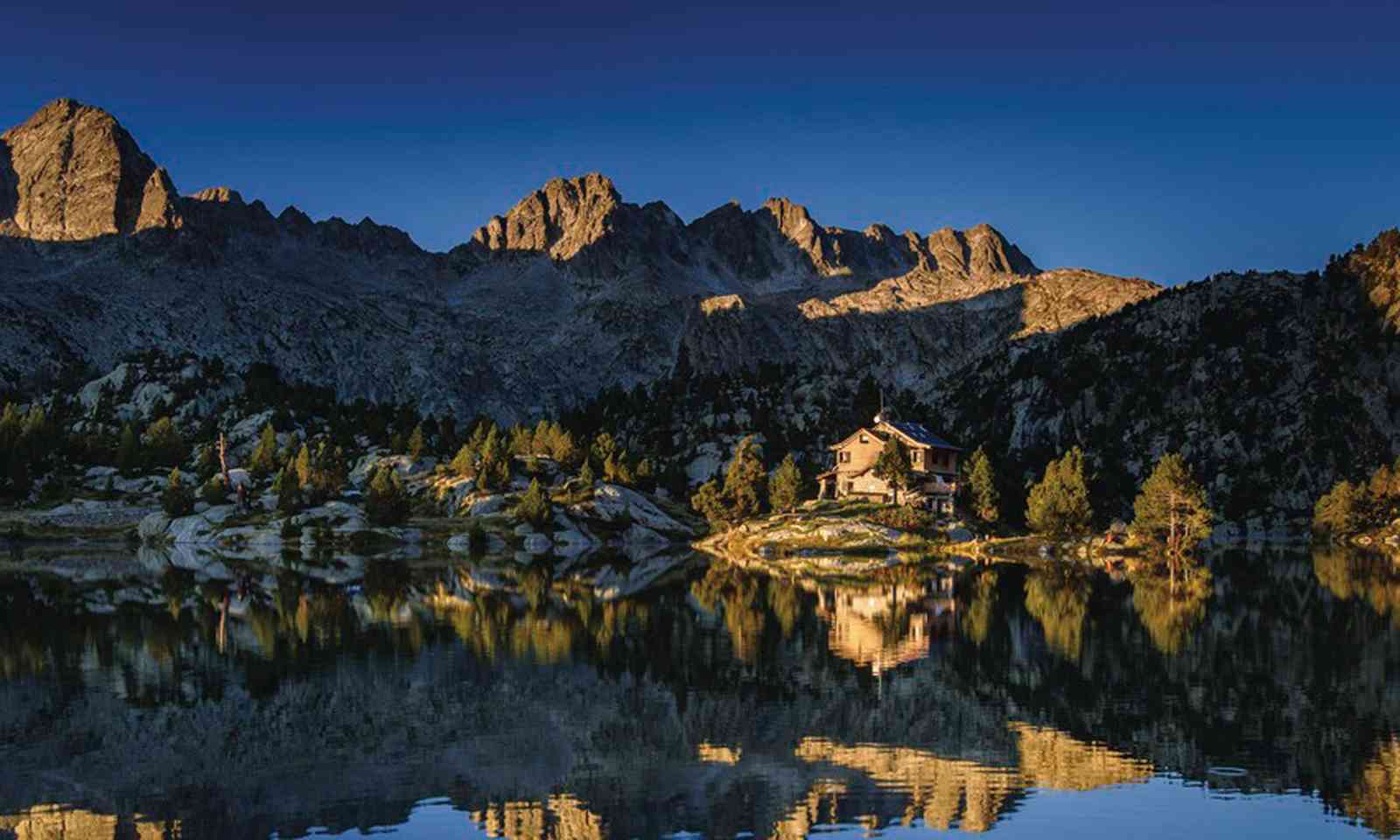 Forming a wild and wonderful natural wall between France and Spain, the Pyrenees are less developed than the Alps and arguably more culturally diverse. The GR11 traverses the Spanish flank of this resplendent range, from Atlantic to Mediterranean shores, with the trail’s Catalan section a particular delight.

For a start, the weather is generally sunnier and drier. Also, the terrain is remarkably varied, from the soaring peaks of Aigüestortes and Estany de Sant Maurici National Park (pictured, top) to the gentler hills and vineyards of the hinterland to the azure-lapped cliffs of Cap de Creus. This being Catalonia, the customs are lively and the food, including wild mushrooms, wilder game and fresh seafood, is delicious.

To do it all is a challenge, but so many traditional villages dot the route that you can stop, sleep and refuel frequently, and dip in to do sections. For instance, try the walk between the hidden Vall de Núria (accessible by rack railway) and alpine-charming Setcases, where you can stock up on tasty mountain cheese.

Like that? Try this... Carros de Foc (Chariots of Fire), a tough but spectacular 55km mountain walk focusing on the highest parts of the Catalan Pyrenees, in Aigüestortes and Estany de Sant Maurici National Park.

Visit a terrific trio of monasteries on foot The circular Cistercian Route is a marvellous marriage of hiking, spirituality, culture and nature. The trail connects the Cistercian monasteries of Santes Creus, Poblet and Vallbona de les Monges, as well as wooded hills, leafy vineyards, expansive flatlands and craggy ridges. It also takes in time-untouched settlements, such as the walled medieval town of Montblanc. It’s said the St Jordi gate here is where St George killed the dragon.

Most walkers start at Santes Creus, the first Cistercian monastery in Catalonia, founded in the 12th century. Its Romanesque church sits above the River Gaiá, surrounded by vines and hazelnut and almond trees. From here, the hike heads over the plains to Poblet, one of Europe’s largest monasteries. The resident monks can often be heard at prayer.

Then, it’s an onward hike through forest and vines to reach Vallbona de les Monges, with its Romanesque-Gothic basilica, distinctive cloisters and community of nuns. Finally, a trek along the rugged sierra and over the plains delivers you back to Santes Creus.

The route is best hiked over four or five days, though there are also options to follow the trail by bike or car, if you’re short on time.

Like that? Try this... Els 3 Monts, a 106km hike through a variety of natural parks, connecting Montseny to the monastery-topped mountain of Montserrat.

Trace the routes of the medieval ‘Good Men’ Monastery and Sanctuary of Queralt at Pyrenees (Dreamstime)

Follow in the in-hiding footsteps of the Cathars, the religious sect who dared to question the Catholic church in the Middle Ages and were massacred because of it. The Cathars Way – or Camí dels Bons Homes (‘Good Men’) – starts over the border in France and nips into Andorra, before running through Catalonia for 119km.

Here, it follows trails once used by fleeing Cathars, as well as fascinating cultural sites: the Sanctuary of Queralt, built on an outcrop, 1,200m up, on the site of a 12th-century castle; the medieval town of Bagà, home to the Medieval and Cathar Study Centre; the town of Gósol, where Picasso once stayed and painted; the many Romanesque churches around Cerdanya. There are also, of course, invigorating mountain views at every turn.

Like that? Try this...Camino de Santiago (GR65-5), the Catalan offshoots of the famed pilgrimage trail to Santiago de Compostela. Either follow the old Roman road westwards from Tarragona or start from the monastery at Montserrat.