Whether you like exploring medieval cities, hiking the Rugged Coast or sipping cava, there's a whole lot of adventure within quick, easy reach of Barcelona History-steeped Girona is well worth a city break in its own right but it’s also an easy excursion from Barcelona. In less than an hour, you can be promenading alongside the River Onyar and exploring the narrow-alleyed, hill-teetering Barri Vell (medieval quarter).

Until the expulsion of 1492, there was a large Jewish community here, and the Museum of Jewish History provides excellent historic insight. Girona also has Arab Baths, a Romanesque monastery, Gothic churches, Modernist mansions and enough tapas bars to keep you busy until the return train home.

Get there: High-speed trains (40mins) run to Girona, 100 kms from Barcelona.

2: Head to the home of cava 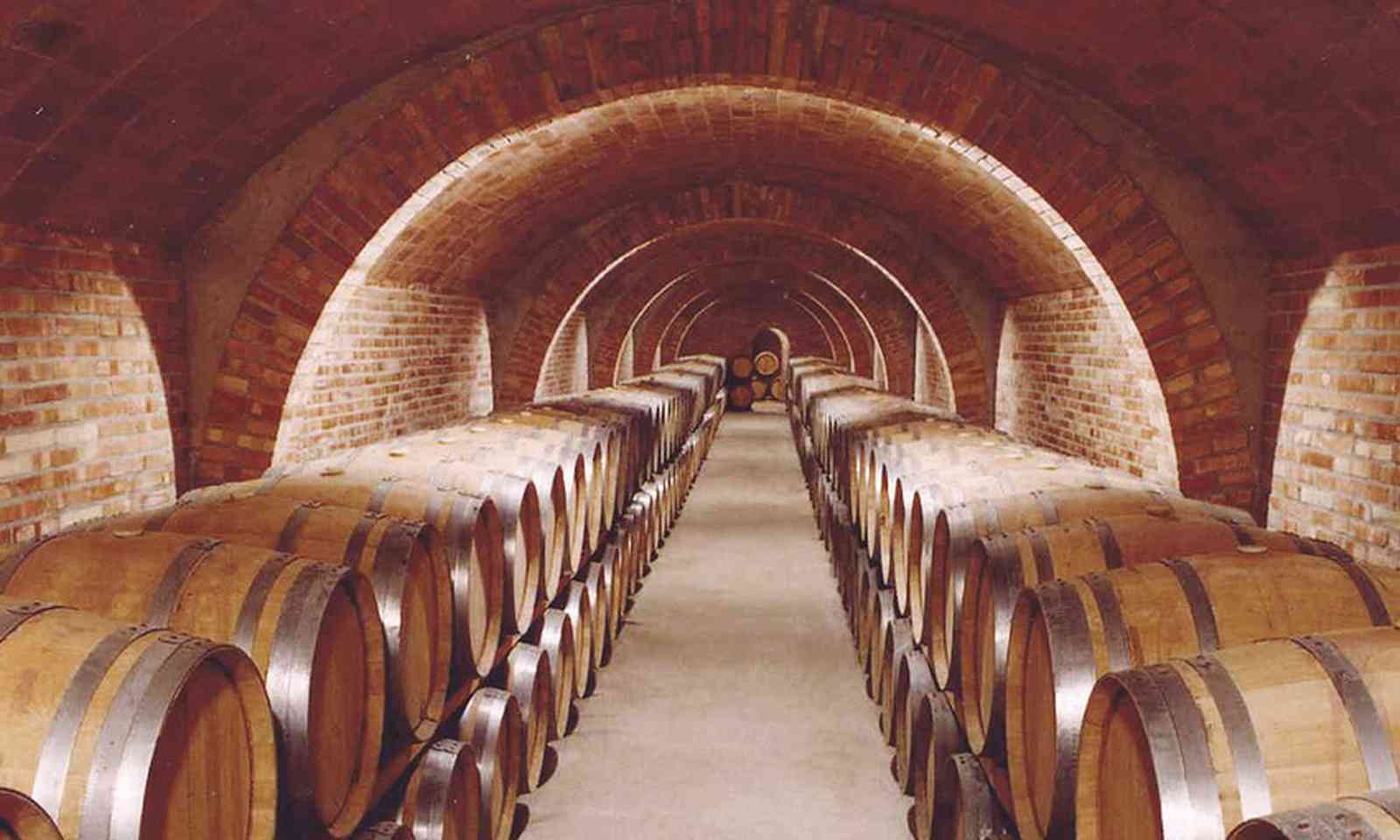 Take an intoxicating day trip into the vine-striped countryside of the Penedès. Here, traditional Catalan masia farmhouses rise amid neat vineyards that produce a wealth of wonderful wines, including cava, Catalonia’s sparkling, sunshine-y answer to champagne.

The medieval town of Vilafranca del Pendeès is at the heart of the region, and makes a handsome base for tasting trips to the nearby wineries. It also has a wine museum, and many restaurants were you can pair regional specialities such as Penedesenca chicken and xató (a salad of endive, cod, anchovies and olives) with the local tipples.

Get there: Buses (45mins) and trains (1hr) run to Vilafranca del Penedès, which is 55km west of Barcelona; take taxis to nearby vineyards, or hire a bike. Guided wine tours also leave from Barcelona. See Catalunya Bus Turístic (www.catalunyabusturistic.com) for details of their tour of Penedès. 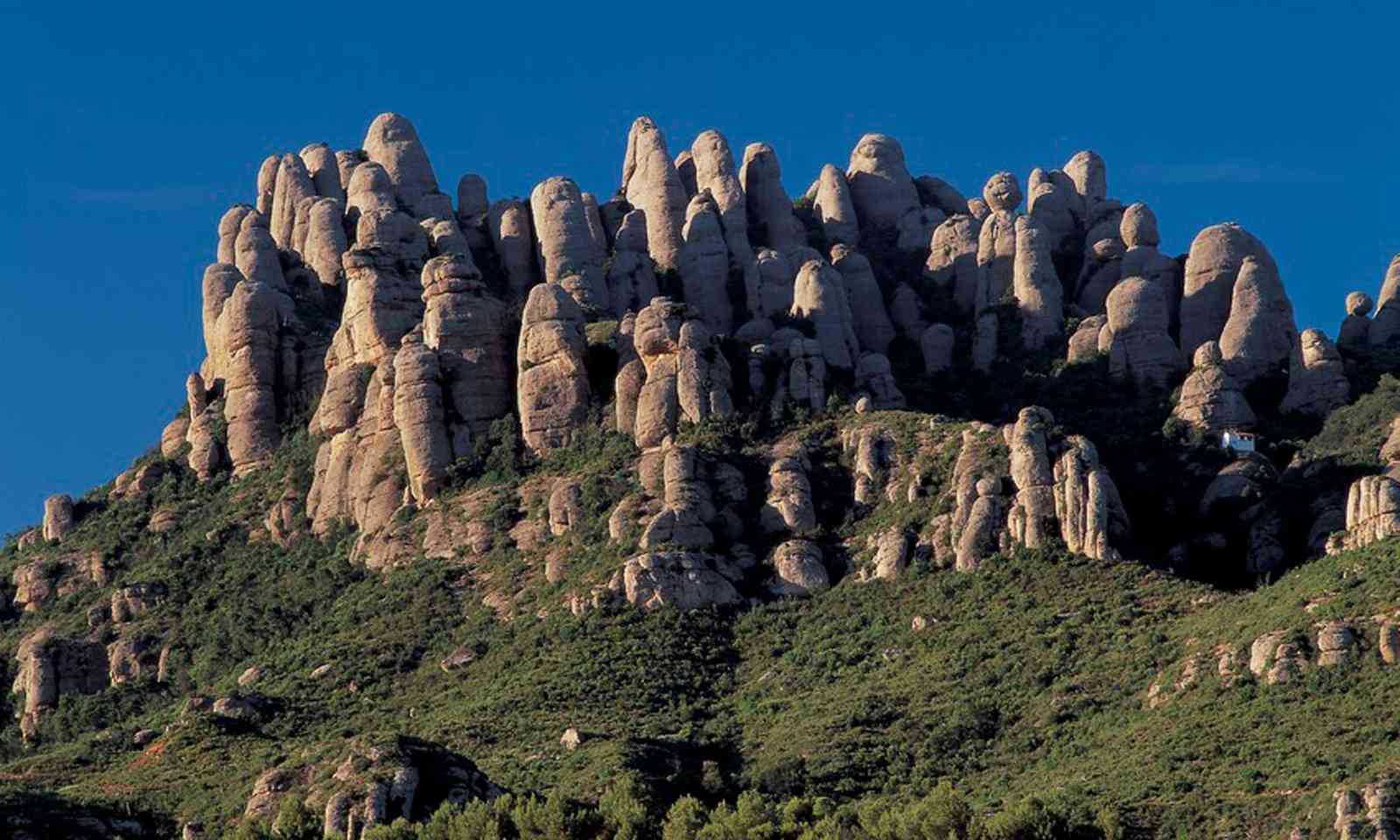 The most sacred escape from the city is to Montserrat, a bulging 1,230m-high rocky outcrop topped with a Benedictine monastery. Founded in the 11th century, the enormous complex is home to a basilica containing La Moreneta, a small, black, allegedly miracle-working statue of the Virgin.

Devout souls flock here in their droves to kiss her feet. Others come to ride up by the old rack railway, listen to the world-renowned Escolanía boys’ choir, and hike the pilgrimage trails through the surrounding nature park. For instance, you can walk to Santa Cova, the cave where La Moreneta was originally found.

Get there: Trains (1hr) run to Montserrat, just 40km north-west of Barcelona; a cablecar and a cog-wheel railway run up to the monastery.

4: Spend time beside the seaside Sitges church in the evening (Dreamstime)

Where? Sitges, 35km south of Barcelona

The former fishing village of Sitges is the beach resort of choice for many a Barcelona resident. It has an elegant whitewashed harbour, generous beaches and a palm-swayed promenade, but also a reputation for being arty, liberal, lively and gay-friendly.

In the 18th century, Catalonia traded directly with America, known as the 'Americanos period', with the town becoming a summer resort for the Sitgetan-Americanos. The Modernisme movement also flourished here, and the old centre squeezes a surplus of museums and galleries into its compact confines. The colourful Museu Cau Ferrat, with its Picassos and El Grecos, is a good starting point.

There are plenty of super seafood restaurants too. If you want to stretch your legs, make for the fishing town of Vilanova i la Geltrú, a spectacular hour-long amble south along the cliffs. Sitges is also close to Penedès, one of Catalonia's most famous wine regions.

Get there: Trains (40mins) run to Stiges.

5: Roam with the Romans 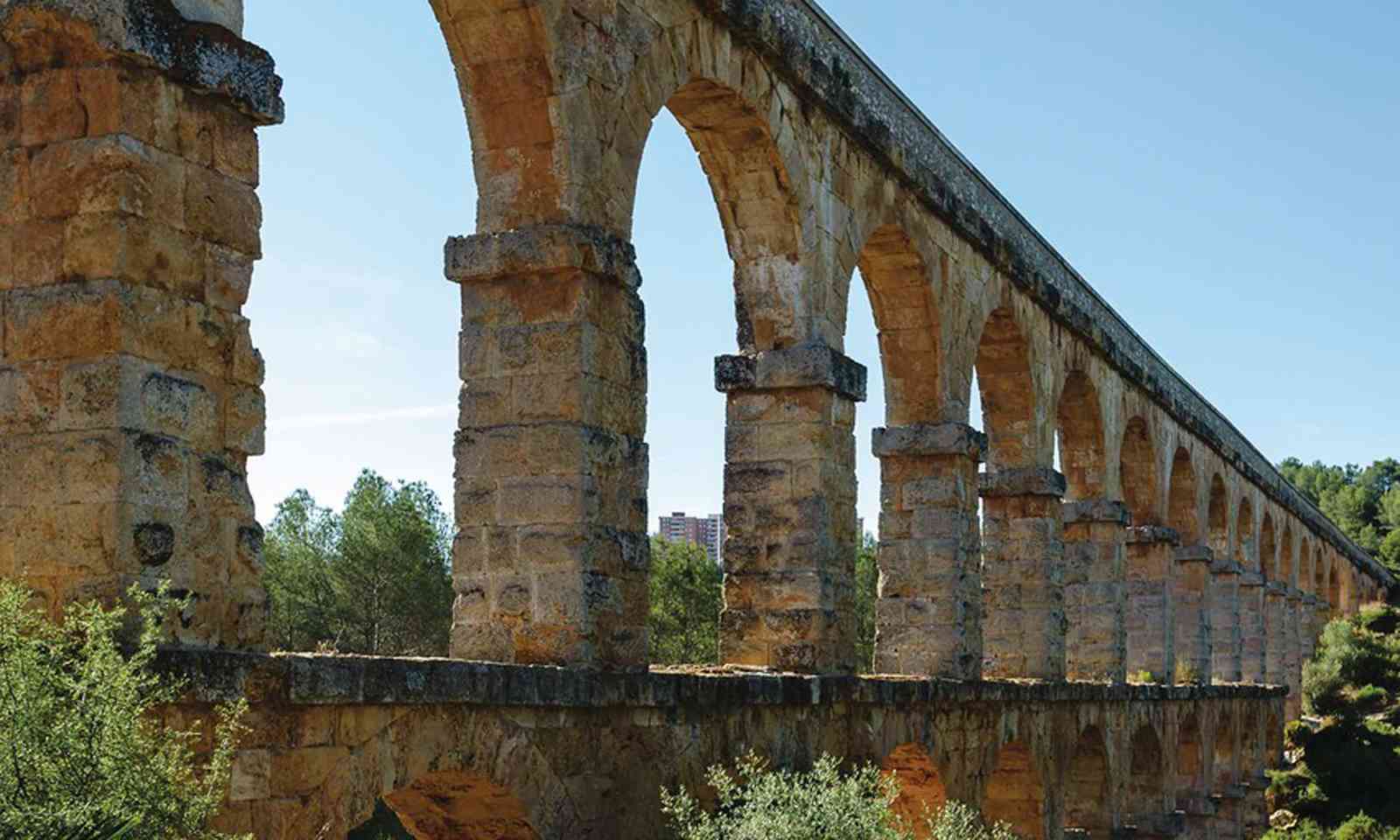 View of cove from Tarragona (Catalan Tourist Board)

Arranged on a seaside hillside, looking over the Costa Daurada (Golden Coast), Tarragona became the capital of Roman Spain in the second century BC, and has remained an important cultural centre ever since. Today, you can explore its ancient ruins by following the Roman Route, which runs from the old city walls to the triumphal arch, via the amphitheatre and archaeology museum.

You can also stroll the waterfront esplanade, watch the fisherman of the El Serrallo quarter haul in their catch and then head to a family-run restaurant in the historic Part Alta district to eat the spoils.

Get there: High-speed trains (50mins) run to Tarragona, 100km south-west of Barcelona. 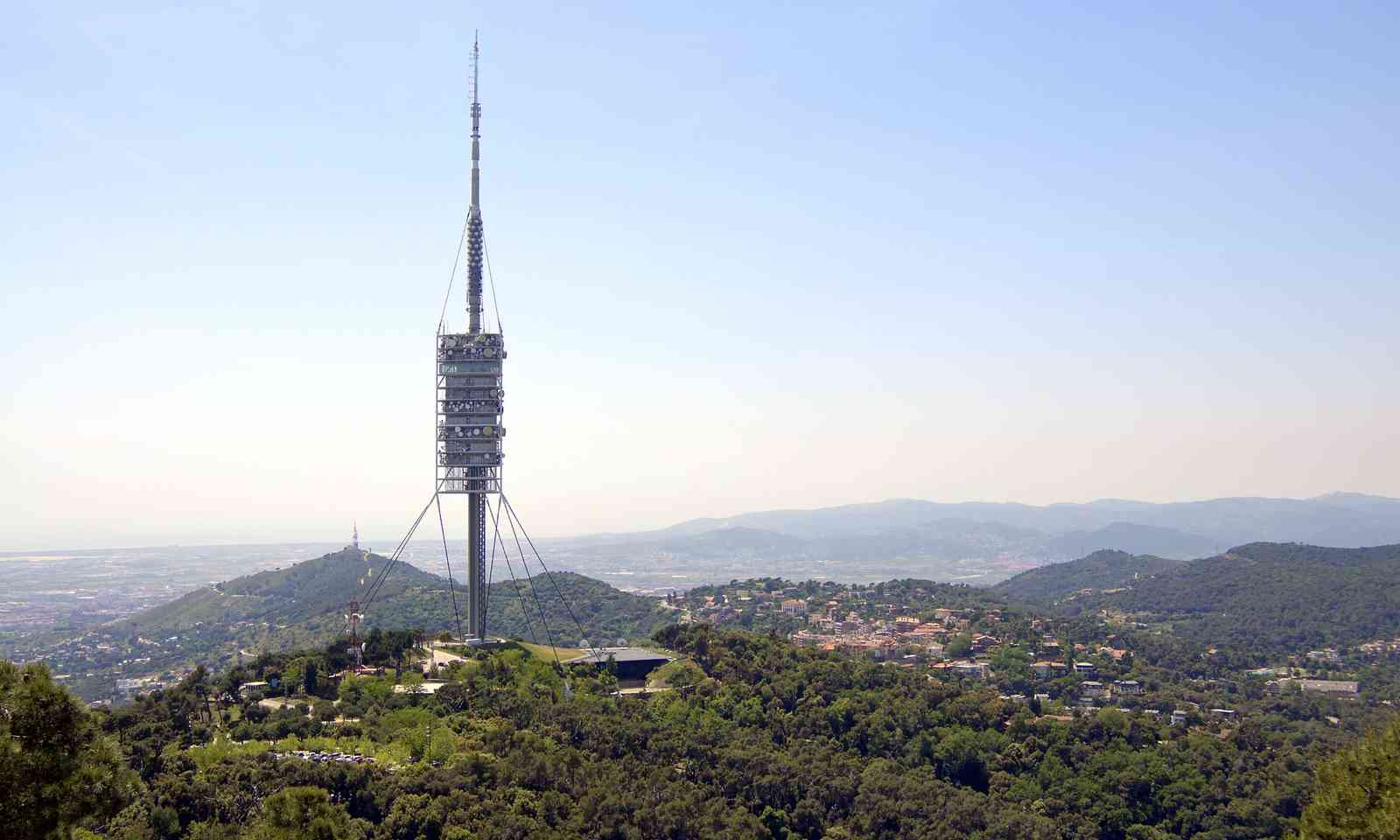 For a quick, easy, fresh-aired escape from downtown Barcelona, head into the hills immediately inland. Parc de Collserola is a protected area of wildlife-rich Mediterranean woodland, wild brush and natural springs, a little over ten minutes from the city centre.

Get there: Trains (15mins) run to Baixador de Vallvidrera, 8km west of Barcelona. Spend a day in the spectacularly strange company of Salvador Dalí. The easiest excursion is to Figueres, the town where Dalí was born (1904), where he died (1989) and where he created his bright-red, egg-topped oddity of a museum.

From here, you could continue by bus, car or private tour to Cap de Creus, mainland Spain’s easternmost point and where Dalí found inspiration among the weird, wild rocks. His former house and workshop in Port Lligat is now a museum.

Get there: High-speed trains (55mins) run to Figueres, 140km north of Barcelona; Port Lligat is 35km east of Figueres.

8: Plunge into the high peaks Hot in the city? Then cool down in the big mountains. One of the most accessible parts of the Catalan coastal range, Montseny National Park, tops out at over 1,700m, and is cloaked in holm oak, cork and beech woodland, perfect for finding shade on a balmy Mediterranean day.

Trails riddle the park, winding through the forest, between the three main peaks and via various manmade remains, from Romanesque temples to the remains of medieval Montsoriu Castle.

Get there: Trains (1hr) run to Sant Martí de Centelles, on the edge of the park, 60km north of Barcelona. A hire car gives greater flexibility. 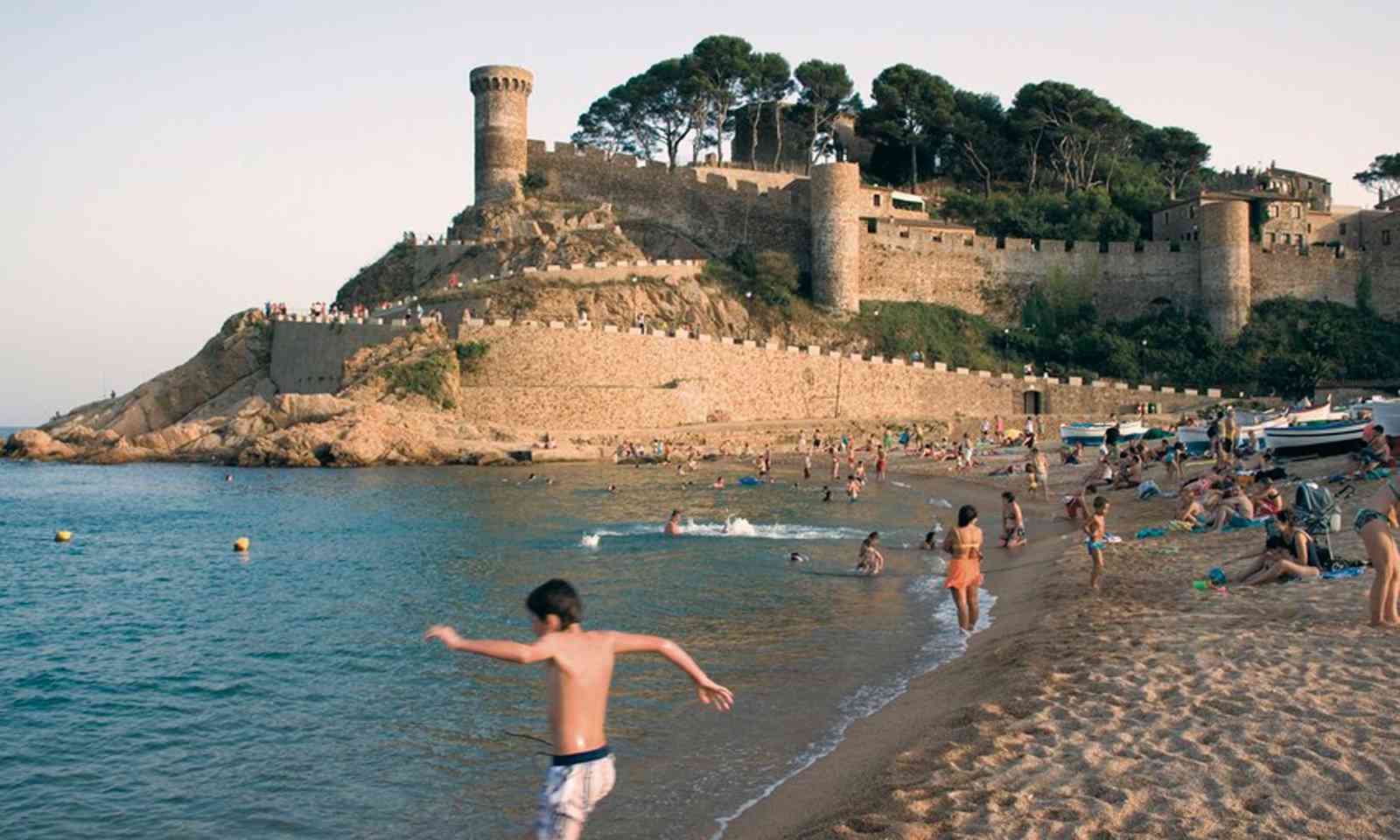 Barcelona has a beach, but if you want less-developed shores travel a little way north along the Costa Brava. Easy-to-reach, Tossa de Mar is a popular choice. Here, a curve of gloriously golden sand fronts a town of medieval city walls and watchtowers, a pine-cloaked headland juts into the Med and little fishing boats sway on the waves.

You could simply laze by the sea or, if Tossa is a bit too busy, follow a section of the GR92 coastal footpath south to Lloret or Blanes, to see just how the Costa Brava – ‘Rugged Coast’ – earned its name

Get there: Buses runs along the coast to Blanes, Lloret and Tossa de Mar (around 80mins), with Tossa del Mar just 70km north of Barcelona