Your full Wanderlust guide to travel in Hungary

This oft-overlooked country lies at the heart of central Europe.

Its capital Budapest – all fairytale turrets, spas and hip nightlife – has the romance of Prague with a little more edge. Rapid redevelopment is giving it a tourist-friendly facelift but the shiny new eateries are juxtaposed with Jewish cemeteries, bullet-studded buildings and clapped out Trabants, a reminder of a rich and fascinating history.

Outside the capital you will find pretty towns brimming with baroque, neoclassical and art nouveau architecture and a rural landscape of rivers, thatched houses and castles. Whatever takes your fancy, be it hiking, horse riding, mountain biking or bird watching, the Hungarian countryside will oblige.

When to go to Hungary

Hit the country in July or August and you could be reveling in temperatures of around 26ºC. Unfortunately everyone else has the same idea so don’t head for the big resorts if you value tranquility.

In August life comes to a screeching halt. Winters are cold, damp and windy and many attractions close their doors to the public. Christmas, when the markets are in full swing and the mulled wine is flowing has a special kind of magic.

Spring and autumn see more rainfall but they showcase the countryside at its very best.

Getting around in Hungary

As in many European cities, public transport is good. The trains are a little tired but efficient nevertheless.

The buses are comfy and allow you to access places the trains don’t reach. In fact, in parts of the Great Plain and southern Transdanubia you may need to rely heavily on the bus network.

Most roads are good and if you hire a car you can get to Hungary’s farthest crevices in about five or six hours.

There are 2,000 km of cycle paths around the country although cycling on motorways and major roads is illegal. There is a daily hydrofoil ferry service between Budapest and places along the Danube Bend at weekends throughout peak season.

There is a proliferation of places to stay, namely hotels, pensions or inns (some resembling hotels, others like guesthouses) and private apartments.

A private room in a house could be the way to go if you want long term accommodation or would like to experience life in Hungary from the inside out.

If you’re travelling on a shoestring hostels are cheap and inexpensive college rooms can be rented outside term time.

Campsites are another budget option. Wild camping is illegal but campsites open between April/May and September/October. These range from all singing, all dancing sites complete with swimming pools and other frills to patches of scrubland with little in the way of facilities.

Yep, you guessed it, Hungarian fare consists largely of hearty stews and dumplings. Paprika is big news so keep a glass of water to hand as you gulp down some of Europe’s spiciest native dishes.

Thanks to the nomadic Magyar people and their dependence on livestock, meat is the backbone of Hungarian cuisine.

You’ll find it in various guises: goulash (stew), paprikas (meat stew in paprika gravy), Hungarian sausage and fatanyeros (mixed grill). Pancakes are popular and there is a mind boggling array of soups on offer; options include steaming cheese soup or cold fruit soup. Hungarian wine has been brewed for centuries – don’t leave without sampling some.

As in any major city there is a risk of street crime. Particular care should be taken to avoid theft on overnight trains.

Some of Budapest’s bars and restaurants have been known to fleece tourists, with visitors sometimes being charged hiked up prices and then accompanied to ATMs by security guards to withdraw the cash. Be wary of pretty consumption girls who work with bars and clubs to extract money from unsuspecting men.

The tap water has higher than advisable levels of arsenic so you’re better off sticking to the bottled variety. The lakes are mosquito magnets so you will need to apply generous amounts of insect repellent. 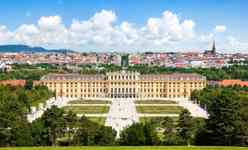 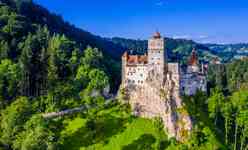 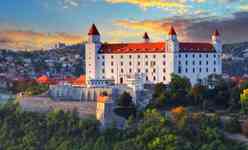 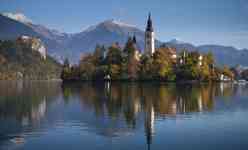