‘Nothing but gusts, storms and foul weather’, complained Silvester Jourdain in his 1613 tome A Plaine Description Of The Barmudas.

He wasn’t completely wrong about the climate – Bermuda is closer to Nova Scotia than it is to the Caribbean – but then he wouldn’t have wandered down Front Street in Hamilton on a warm summer’s night, watching dancers and listening to reggae and jazz, or lazed on one of Bermuda’s famous pink beaches.

Comprising seven interlinked islands (and a sprinkling of islets), Bermuda is 1000km east of the US coast. Since first colonized in 1612, its allegiance has been firmly to the UK, though to some extent it spans the cultural gulf between Britain and the United States. Many Americans think it's quaintly English; Brits often find it rather American.

It’s also grown since Silvester Jourdain’s rather dismal visit. Then it was a remote outpost, fringed by treacherous reefs and visited by Spanish or Portuguese seafarers only if their voyage had run into problems.

Under British rule Bermuda became strategically important. The town of St George is the oldest continuously inhabited settlement in the Americas. It prospered through the War of Independence and supplied famously fast Bermuda Sloops, crafted from the islands’ indigenous cedar, for Britain’s great naval wars with Spain.

The small islands became heavily populated. Instead of fading into remote obscurity, Bermuda boomed. Now, with cruise ships pulling in through the summer and its (very British) heritage assured, it’s still an island group very much on the move.

Respect local customs and concerns: Bermuda is a largely conservative Christian country, and courtesy is highly valued. Standards of dress can be quite formal: hotels and restaurants may require men to wear a jacket/tie; most require at least a shirt with collar (ie no T-shirts) for dinner. Keep beach wear for the beach.

Water is scarce here, so be careful how you use it. The island is dependent on rainfall for its water supply – it is popularly called ‘liquid sunshine’.

Drinking in public places is not allowed, though you can bend the rules if your beer-can/rum bottle is in a brown paper bag and enjoyed unobtrusively.

When to go to Bermuda

Thanks to the Gulf Stream, Bermuda’s climate is mild throughout the year. In the summer (April – October) temperatures reach an average of 85°F, but it’s also a muggy time of year with humidity hovering around 84%. Although Bermuda lies outside of the hurricane path which routinely batters the Caribbean, it’s worth noting that August – October is hurricane season; plan carefully, and allow for tetchy weather. Winter falls November – March, with temperatures averaging 70°F. Although the conditions for diving and beach activities are better in summer, winter temperatures are generally much more comfortable for exploring the island.

Bermuda International Airport (BDA) is located on the east of the island.

Getting around in Bermuda

Bike and motorcycle hire are both popular options, especially as it’s not possible to rent cars on the island. It’s worth noting, however, that thanks to the often hilly, narrow roads you’ll need to be very fit to get the best out of your bike hire. As an alternative, there’s a good bus system which connects with most attractions. Public ferries are more scenic and, as the distances across water can be shorter than the land routes, they can be quicker too. Grab a free public transport guide from one of the tourist offices or at the Washington St bus station in Hamilton.

Bermuda isn’t short on accommodation, but be prepared for a hefty bill. There are no hostels or campgrounds in the country, and ‘budget’ options are often priced at around US$120 per night - consider visiting during the winter months if you’re counting the pennies. If expense isn’t a concern, you’ll be overwhelmed with the choice of B&Bs, apartments, hotels and resorts all over the country.

Fresh fish and seafood are the base of most Bermudan dishes, but don’t worry about them becoming monotonous: there are countless inventive recipes and, if you want to keep things interesting, every meal can be an adventure. Bermuda fish chowder is a full-flavoured fish soup seasoned with local black rum and spices. Also look out for codfish cakes (often served in a bun at lunchtime), Portuguese bean soup, shark hash, and the Sunday codfish breakfast of cod, eggs, potatoes, bananas, avocado and tomato salsa. The island’s ginger beer is legendary – it comes with a signature sharp ginger kick – and afternoon tea is a national institution.

Water in larger towns and cities is usually safe to drink, but if you’re travelling further afield be sure to ask about the water’s suitability for drinking. Bottled water is widely available, but it may be a good idea to carry a water purification system (tablets or filter) with you. If you’re caught without a treatment option, boiling is a good way of killing bacteria. The humidity makes heat stroke a danger in the summer months. 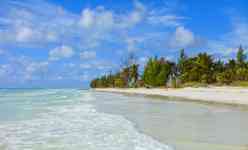 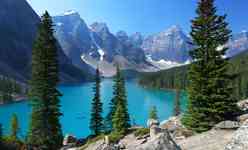 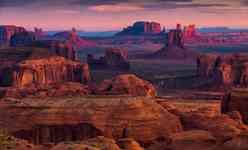