Strong and stable: The world's 7 most inspiring rocks

Shaped by natural forces over the millennia, these extraordinary rocks touch our souls and gently remind us of our place in the world 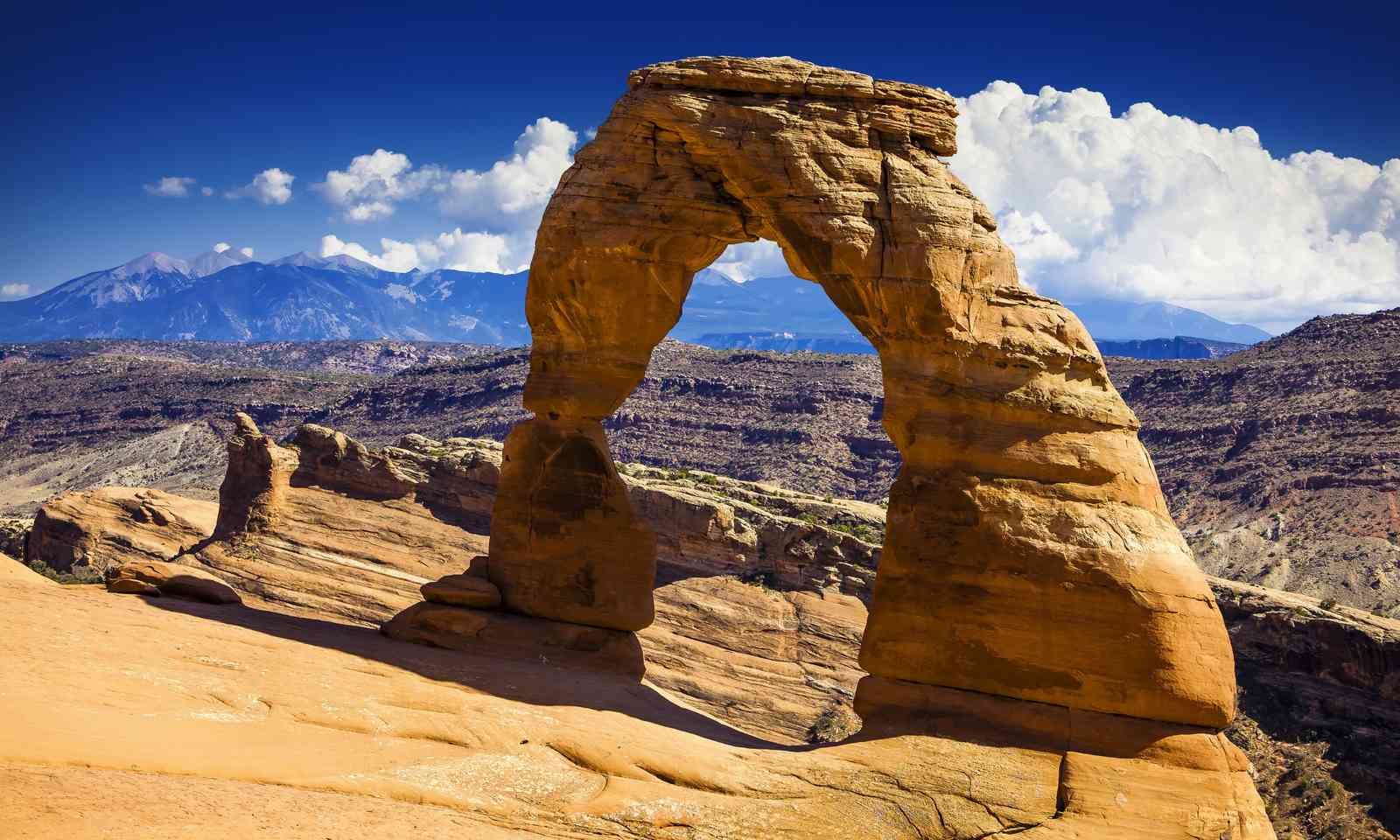 In a national park with over 2,000 arches, Delicate Arch is the daddy. 64 feet high and 45 feet wide, it is easily the largest, and because it is freestanding, one of the most distinctive. It looks like a giant pair of Cowboy Chap’s, one of the nicknames given to it by imaginative locals.

The arch is formed of sandstone, gradually worn away by weathering and erosion. A plan to wrap the arch in plastic to save it from further erosion was abandoned in the 1950s when it was decided it was against the principles of the Arches National Park.

The walk to see the arch is a 3-mile round trip from the nearest car park. 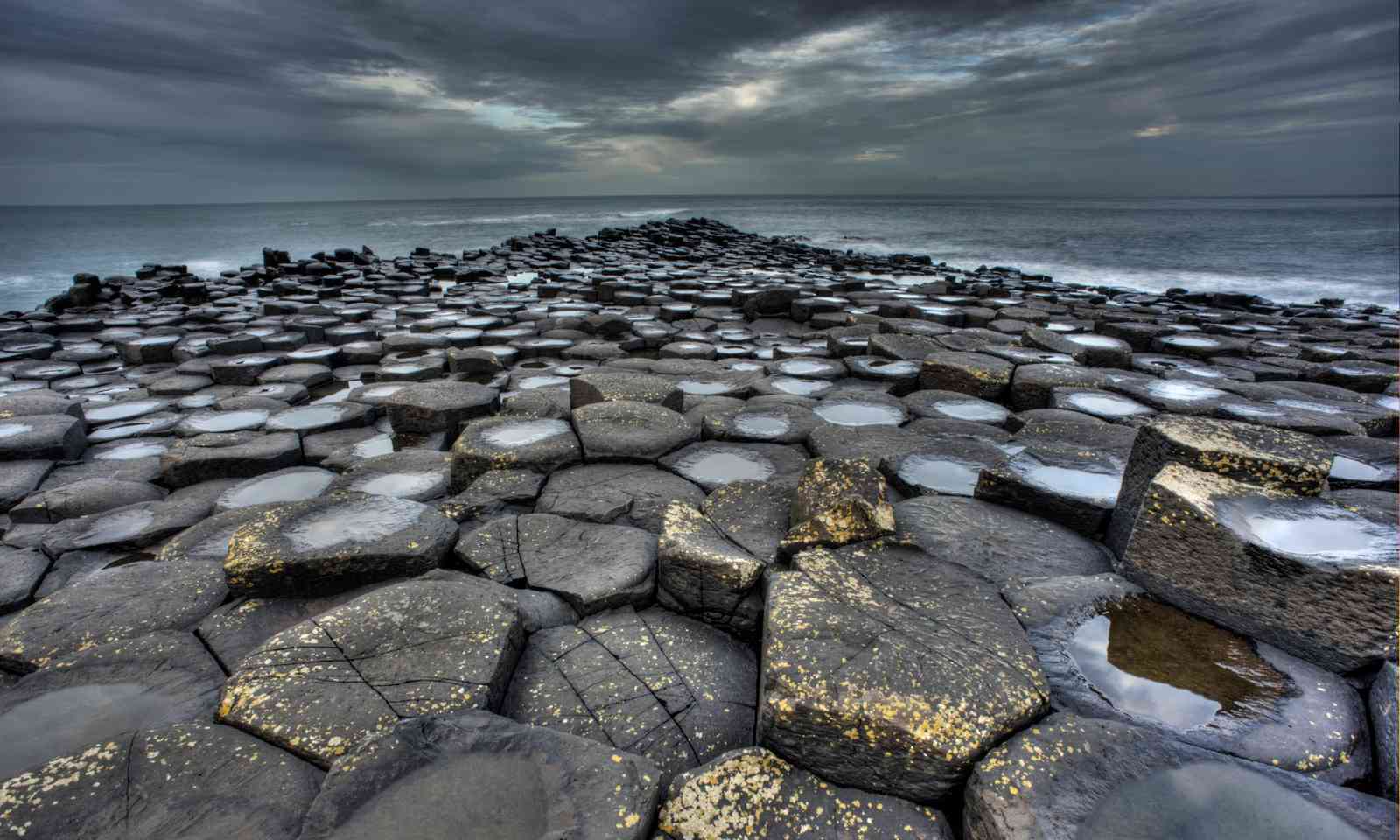 The basalt columns of the Giant’s Causeway (Dreamstime)

Not a single rock, but rather a staggering collection of basalt-columns, the Giant’s Causeway has stirred scientific debate and fired the imagination of artists and story-tellers for centuries.

Scientists say that the pillars or ‘biscuits’ were formed after a volcanic eruption that saw the molten basalt contract as it cooled.  Legend has it that the causeway was built by local giant, Fion mac Cumhaill, after he was challenged to a fight by Scottish giant, Benandonner, on the other side of the North Channel. It’s a tale that grows more believable after a visit to the whiskey distillery in nearby Bushmill. 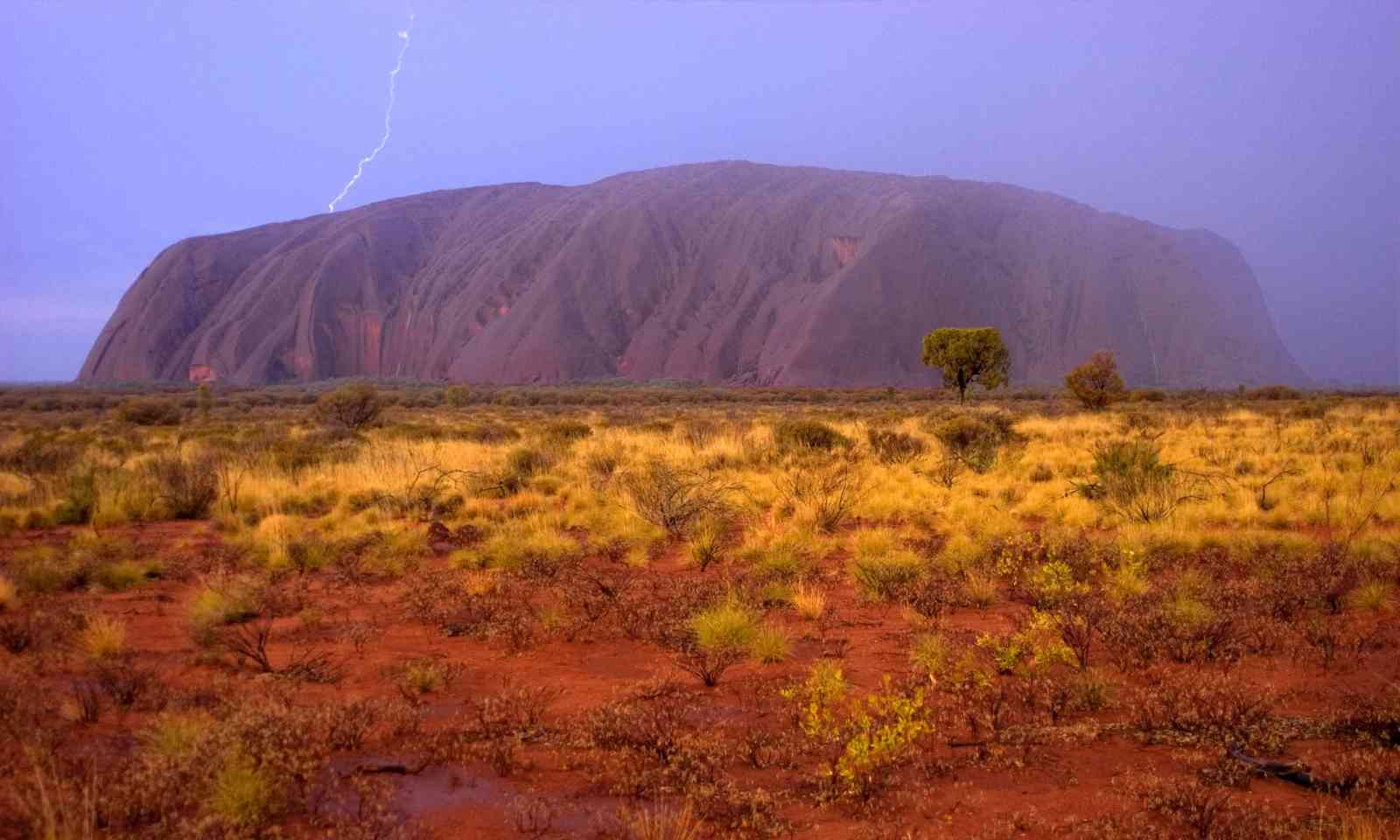 Revered by the local Anangu people and one of Australia’s most famous landmark, Uluru lies at the heart of the Australian outback.  Its colour changes according to the time of day and weather and it is riddled with caves and ancient rock paintings.

Dating from the Palaeozoic period, Uluru is an inselberg, a prominent ‘rock’ that remains after all around it has been eroded away.  It is 348 metres high, with a circumference of 9.4 kilometres. Astounding, this is just the tip of the iceberg, so to speak. Most of its bulk resides underground.

A Visitor Centre explains the importance of Uluru to the traditional landowners and can organise tours with local Aborigines to get a deep understanding. The Chocolate Hills in the Philippine province of Bohol are 1,776 roughly, symmetrical limestone domes, squeezed into an area of 50 square kilometres. For much of the year they are covered in green grass, but during the dry season, the grass wilts to brown, hence the name.

Like all extraordinary rock formations, fanciful legends surround the creation of the Chocolate Hills. One local story claims they were created by a giant water buffalo. Villagers got sick and tired of it destroying their crops and laid out baits of spoiled food for it to eat. The hills, they say, are piles of dried faeces, the result of the water buffalo’s upset stomach. 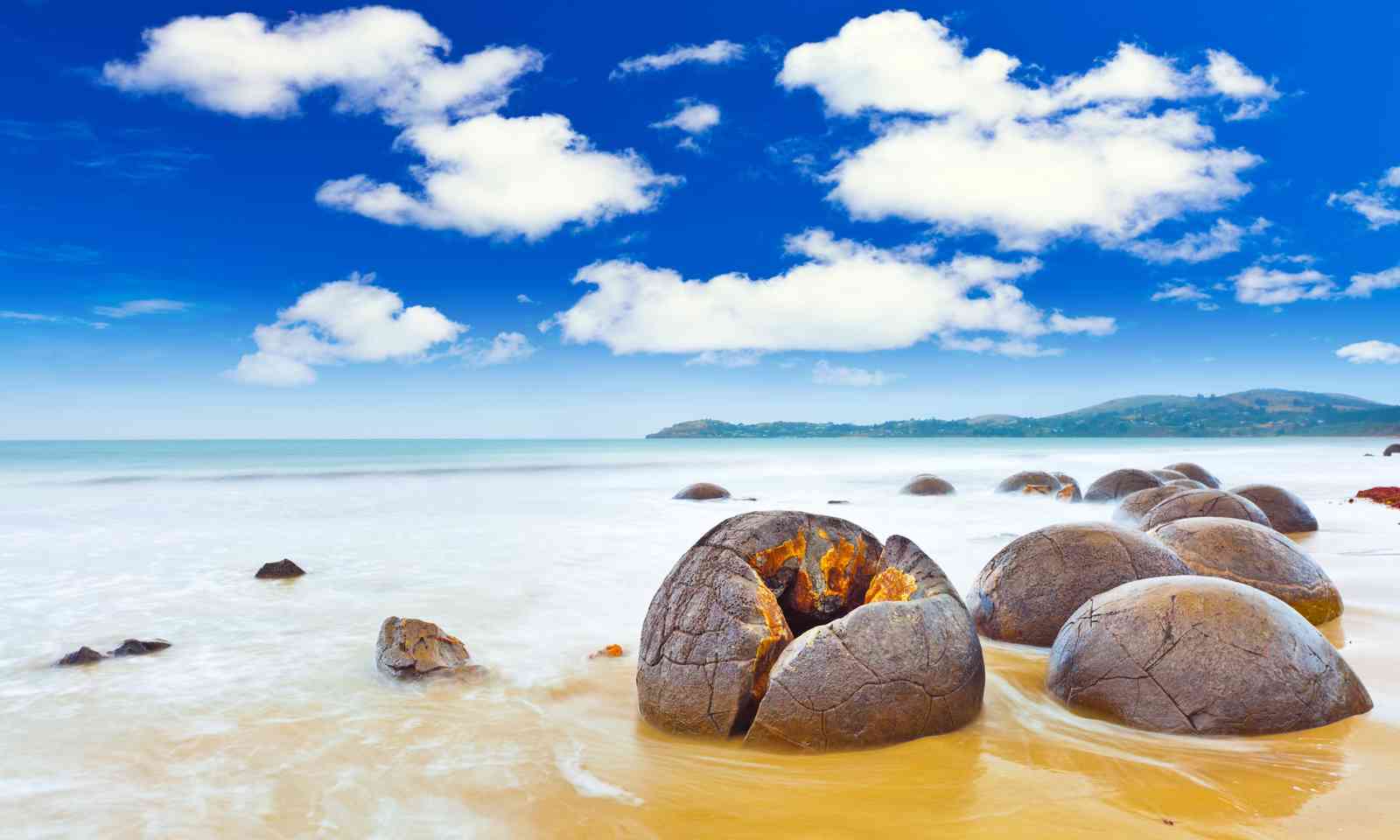 Scattered along Koekohe Beach on New Zealand’s Otago coast, the Moeraki Boulders are a series of extremely large spherical stones that formed on the sea floor over 60 million years ago.  According to Maori legend, they are the remains of gourds and baskets, washed ashore from the wreck of a giant canoe.

A more scientific explanation is that carbonates built up around a central core, much in the manner pearls form around a speck of grit.  Weighing several tonnes and measuring 3 metres in diameter, the Moeraki Boulders are pretty immense pearls. A 20-metre high limestone karst just of Khao Phing Kan island, near Phuket, Ko Ta Pu is the rock that kick-started the Thai tourist industry. It starred in the James Bond movie, The Man With The Golden Gun, playing an integral part in Scaramanga’s evil plans. Its otherworldliness – and the crystal clear waters it stood in –  captured the imagination of travellers around the world.

Ko Ta Pu is situated in the northern part of Khoa Phing Kan and has been part of the Ao Phang Nga Marine National Park since 1981. Known throughout the world as ‘James Bond Island’, visitors are not allowed to approach the rock, but there are plenty of vantage points, where photos can be taken. 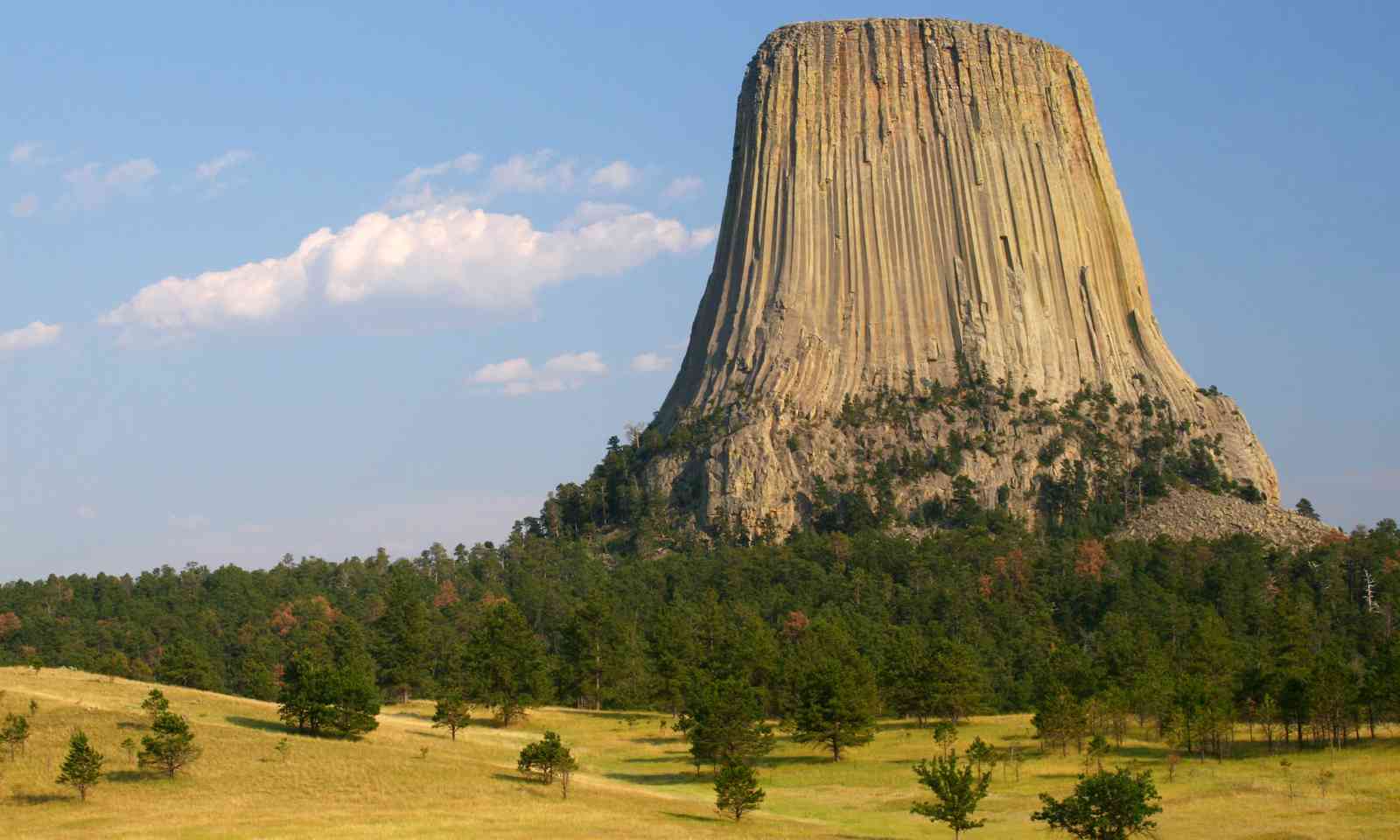 If the 265-metre high Devils Tower, rising starkly above the rolling prairies of Wyoming looks like the sort of place aliens would land, that’s because it is. Well, in the movies anyway. It was here that Richard Dreyfus had a close encounter of the third kind in the movie of the same name.

A laccolithic butte composed of igneous rock, Devils Tower is sacred to the Northern Plains Indians and was declared a national monument back in 1906, Hundreds of parallel cracks make it one of the most popular climbing areas in North America. 1% of the annual 40,000 visitors come solely to climb it.