Take your travels to new heights! Stark, foreboding and always dramatic, these world-famous cliffs are guaranteed to steal your breath away... 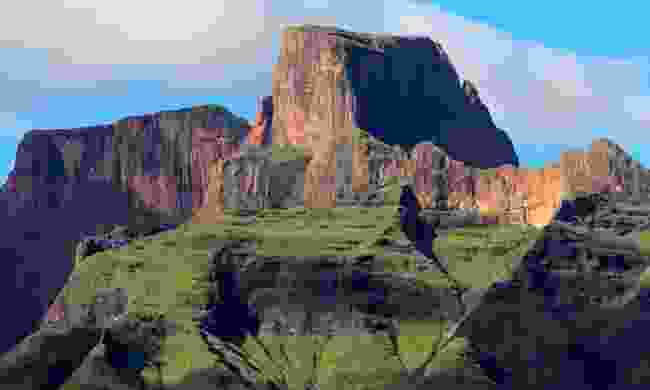 A basalt crescent 5km wide and 1,830m high, the Drakensberg Amphitheatre straddles the South Africa-Lesotho border. Known as the ‘Mountain of the Dragons’, it is the source of three major rivers and the inspiration for Mordor in The Lord of the Rings. Part of South Africa’s Royal Natal National Park, the area boasts countless walking trails – as well as Africa’s highest pub, which sits atop the treacherous Sani Pass. 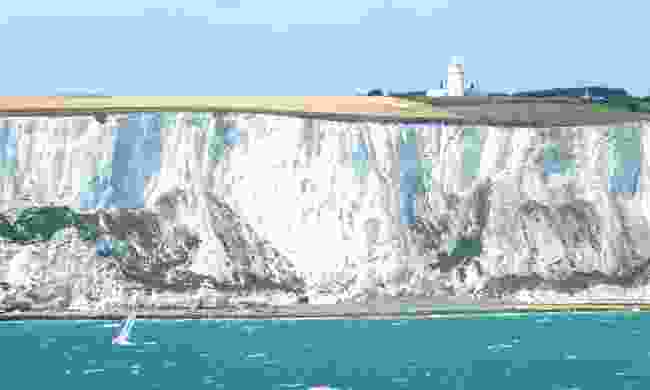 The White Cliffs of Dover (Dreamstime)

Rising defiantly up from the English Channel and facing directly towards France, the 110m-high white chalk cliffs between Dover and Deal could be said to symbolise that Britain is a ‘nation apart’ in Europe. Before air travel, they were the first or last sight of Britain for travellers. Today, the chalky grassland above the cliffs provides an excellent environment for many species of wild flowers, butterflies and birds, as well as countless paths for cliff-top ramblers. 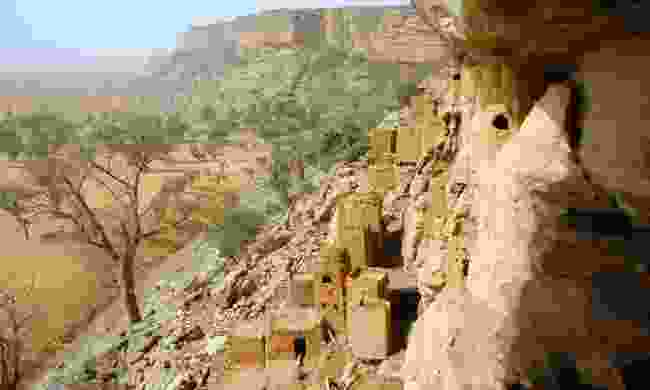 Looking along the Bandiagara Escarpment (Dreamstime)

Home to the enigmatic Dogon People for over 700 years, the Bandiagara Escarpment is dotted with their mud-brick houses, granaries, and religious sanctuaries – all tucked into its various nooks and crannies. The sandstone cliff rises 1,640 feet above the savanna of southern Mali, and hides lush oasis canyons and Dogon encampments, where the locals sometimes perform traditional dances on long wooden stilts. 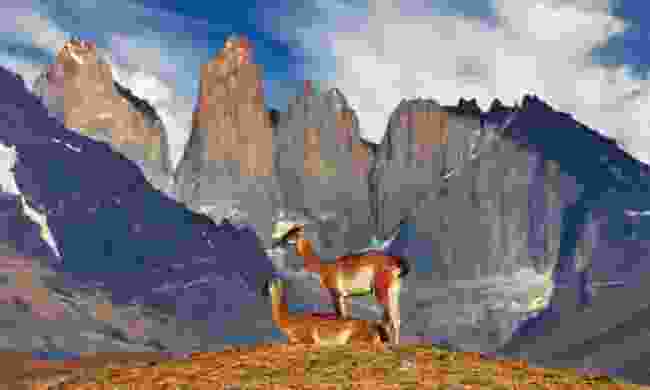 The Torres del Paine are three granite peaks that soar 2,500m above the pampas of southern Chile’s Patagonia. They are the centrepiece of the National Park that take their name, and a siren call to climbers determined to conquer them. Hikers can opt for a day trip to see the towers – but for a more relaxing treat, why not kick back in the glacier-fed lake at Base de los Torres, and admire the peaks while you take a dip? 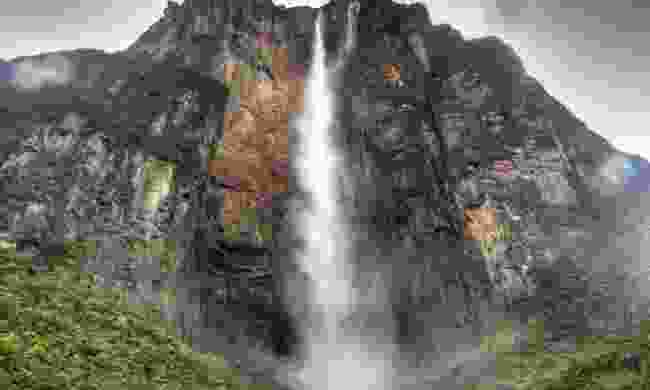 Auyán-tepui, home to Angel Falls - the highest in the world (Dreamstime)

This primeval cliff face in the Amazon jungle of southern Venezuela is part of the Canaima National Park, a ‘lost world’ of rare fauna and flora that has changed little since pre-historic times. It is also home to the world’s highest waterfall, Angel Falls, which plunges a staggering 979m. 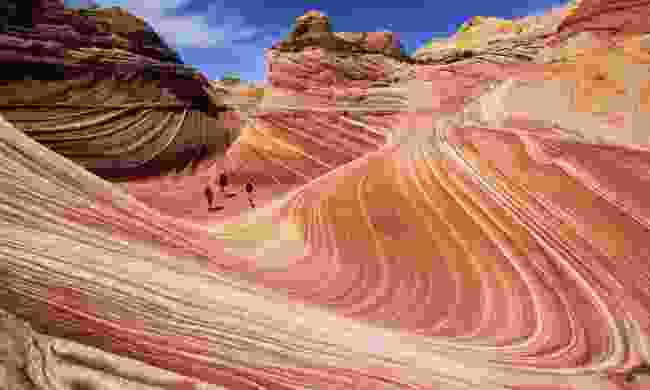 The Wave, a psychedelic cliff face in the Coyote Buttes section of Vermilion Cliffs National Park on the Arizona-Utah border, is one of the most extraordinary sights on the planet. Consisting of intersecting U-shaped troughs, eroded into Navajo sandstone, the fragile formation is open to only a few visitors a day. A total of 20 permits are issued for each day of the year: 10 are available to book online four months in advance, and 10 are drawn in a daily lottery at the Kanab visitor centre. 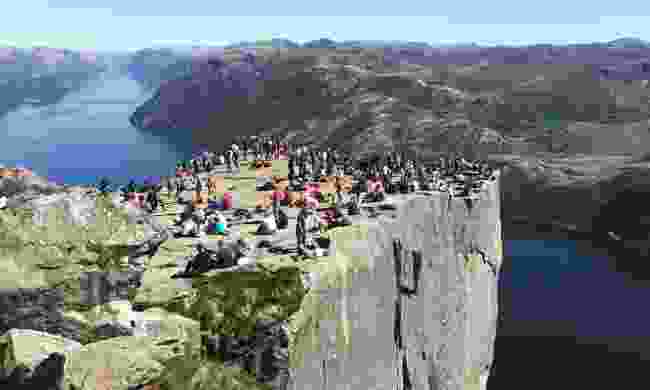 Preikestolen (better known as Pulpit Rock) was created over 10,000 years ago when a glacier that once filled the fjord retreated. The granite perch sits 604m above Lysefjord, in southern Norway, and is perhaps the country’s most popular tourist attraction. In the old days, the flat-topped rock was a place of sacrifice for Vikings. Now it is a place for Instagrammers, keen to bump up their number of ‘likes’.

8. The Cliffs of Moher, Ireland 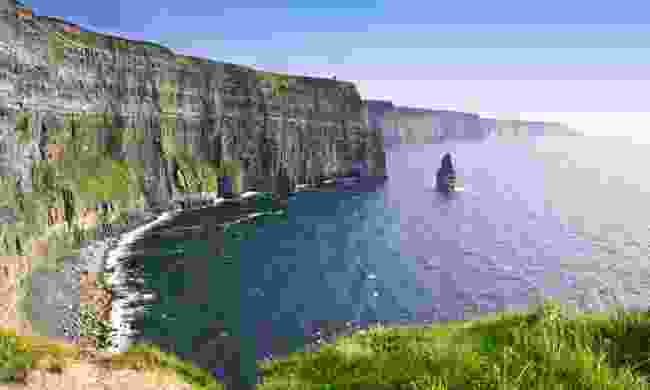 Evening sunset over the cliffs of Moher (Dreamstime)

The Cliffs of Moher are 300-million-year-old sea cliffs running along the Atlantic coast of County Clare. They take their name from an old promontory fort called Moher, which once stood on Hag's Head – the southernmost point of the coast. Today the Cliffs of Moher Coastal Walk runs for 18km, from Hag's Head to Doolin, offering an abundance of birdlife and stunning views – subject to rain or sea fog, of course. 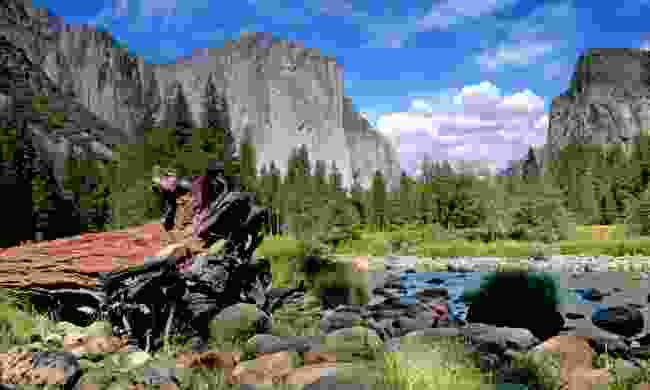 Arguably the world’s most famous cliff face in the world, the sheer granite rock face of El Capitan has adorned postcards for decades – and more recently, the computer screens of Mac users around the world. Rising 2,307m from the valley floor of Yosemite National Park, El Capitan is a popular test for the world’s best climbers. More sedentary visitors can appreciate Capitan’s majesty from viewpoints throughout the Yosemite Valley.