Spin out: The world’s most terrifying (yet beautiful) whirlpools

These mesmerising natural phenomena have long fascinated writers and terrified sailors. Located in some of the most beautiful parts of the world, each one is a worthy addition to your bucket list 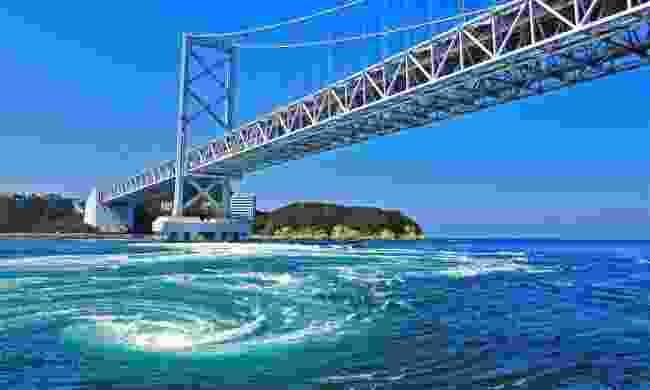 This tidal wonder can be found in the Naruto Strait, between Naruto in Tokushima and Awaji Island in Hyōgo prefecture, located in Setouchi – Japan’s Inland Sea.

The current in the strait is the fastest in Japan, with the tide moving large amounts of water into and out of the Inland Sea. During a spring tide, the speed of the water reaches up to 20km per hour, which creates vortices up to 20m in diameter.

Visitors can observe the whirlpools from dedicated observation decks on the Naruto Bridge or from the shore of Awaji Island. Feeling brave? Whirlpool cruises aboard large sailing boats – Kanrinmaru or Nihonmaru – set sail from Awaji Island and get up close with one-hour tours of the whirlpools. Although the tidal currents can be strong, the boat doesn’t rock as much as you’d think. 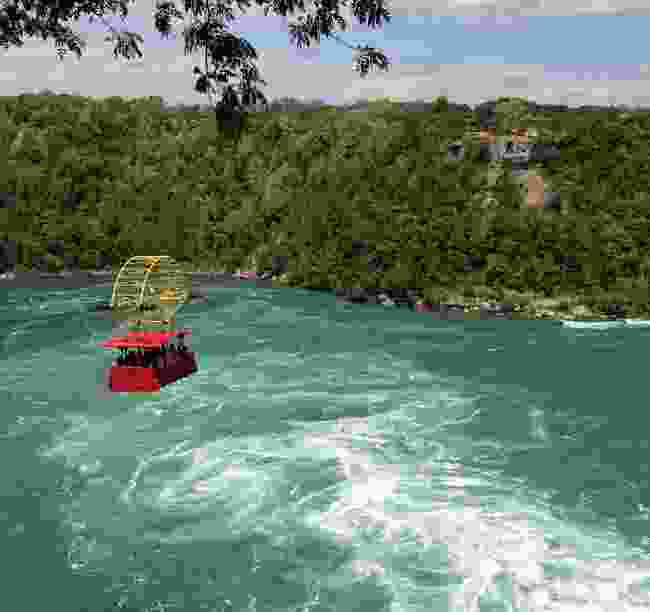 The Niagara whirlpool is a natural whirlpool on the Niagara river, just downstream from the Niagara Falls. The erosion here, coupled with the rapid flow of water, results in the turbulent swirling of the river and the creation of a whirlpool.

The whirlpool is 38 metres deep and naturally spins in an anti-clockwise direction. When water is diverted from the river to power hydroelectric power plants, however, the flow reverses. The whirlpool is bordered by two parks, the Whirlpool State Park on the US side and the Niagara Glen Nature Reserve on the Canadian side. The Canadian side also boasts the Whirlpool Aero Car, a nifty cable car that transports passengers right over the top of the whirlpool. 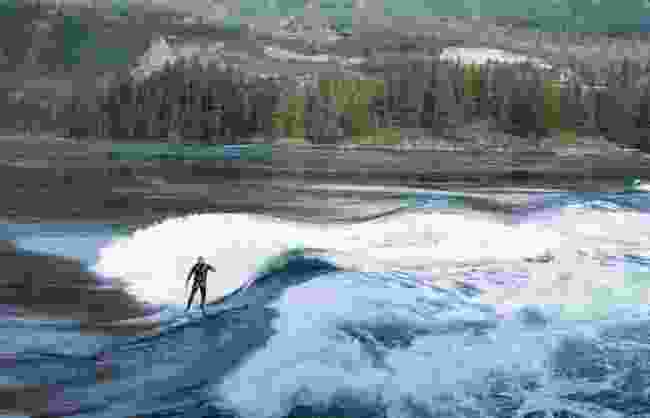 Surfing the incoming tide at the Skookumchuck Narrows (Dreamstime)

Skookumchuck Narrows is a strait forming the entrance of Sechelt Inlet on Canada’s Sunshine Coast in British Columbia. Each day the tide forces through 200 billion gallons of water, creating whitecaps, whirlpools and rapids. Current speeds hit up to 16 knots, making them some of the fastest tidal rapids in the world.

The rapids here are famous for their spectacular whirlpools, which attract extreme kayakers and divers from all over the world. 'Skook', as it is affectionately named, is one of the great whitewater wonders of the world, and is reached by an easy 4km hike. Roland Point and North Point offer the best viewing points.

The largest whirlpool in the Western Hemisphere, the Old Sow sits off the southwestern shore of Deer Island in New Brunswick, Canada.

One fanciful notion is that the whirlpool got its distinctive name after early settlers thought that the churning waters sounded like a pig. Sadly, it is more likely a corruption of the word ‘sough’, which means ‘drain’. Still, that hasn’t stopped locals calling the smaller whirlpools that surround the Old Sow as ‘piglets’. 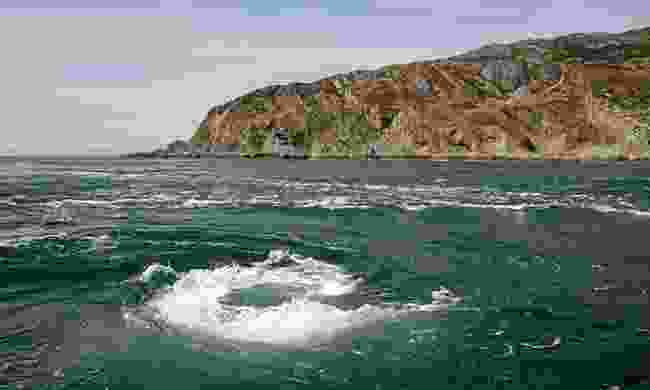 Situated in the narrow strait between the islands of Jura and Scarba off the west coast of Scotland, the Corryvreckan is the third largest whirlpool in the world. The flow of water creates waves up to nine metres high, and the roar of the maelstrom can be heard up to 16 kilometres away.

In Scottish mythology, Cailleach Bhéara, the hag goddess of Winter, uses the whirlpool to wash her great plaid (tartan). By the time she finishes washing it, the cloth is white, becoming the snow that rests upon the land. Although the whirlpool was once declared unnavigable by the Royal Navy, boats offer sightseeing tours from local harbours. 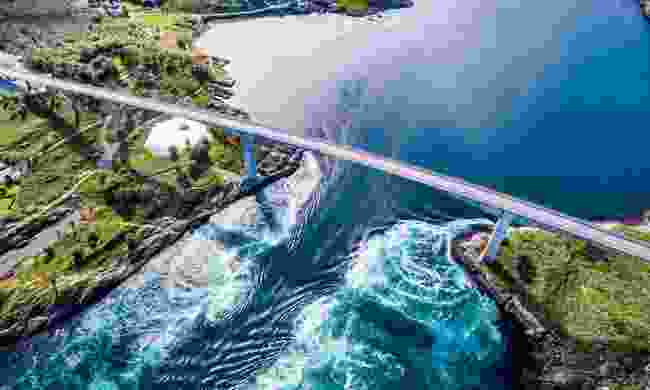 When the moon is full and the difference between high and low tide is at its greatest (usually in March), the whirlpool at Saltstraumen, near Bodø in Norway, is the strongest in the world. At its height of its powers, the currents here reach 20 knots.

The maelstrom can be viewed from the shore, from the bridge that spans the strait, or on special boat tours. Saltstraumen is also famous for its fishing, including cod, saithe, wolf fish and halibut. The world record saithe was caught here, weighing at an impressive 22.7 kg.