Let there be light! The 7 most mesmerising light festivals in the world

From stunning candlelit streets to innovative installations and breathtaking projections, these annual light festivals are guaranteed to dazzle, delight and cheer the soul... 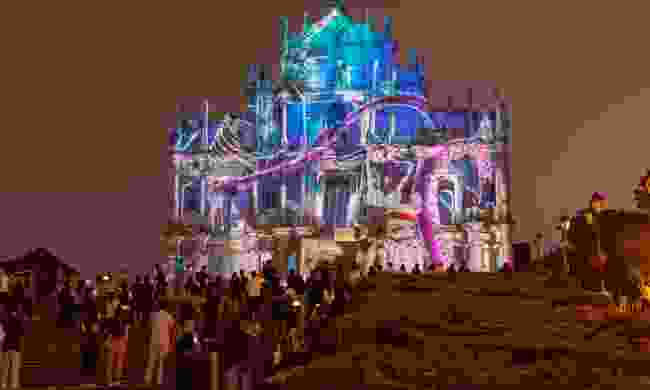 First launched in 2015, the Macau Light Festival bathes the former Portuguese colony in a rainbow of colours every December. A mix of light projections on landmark buildings, innovative light installations and an interactive festival game app - the festival has fast become bright spot on Macau’s cultural calendar, bringing life and light to different districts of the city. 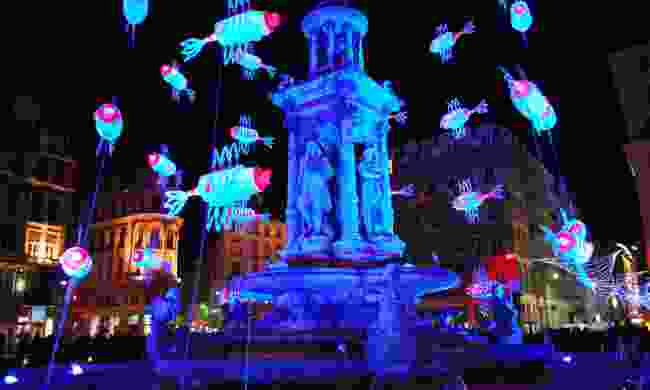 One of the oldest light festivals in the world, the Festival of Lights in Lyon can be traced back to 1643, when the city escaped the ravages of the plague sweeping across Europe at the time. The townsfolk lit candles and formed a procession in thanks to Mary, mother of God.

Since then, it has evolved into one of the largest light festivals in the world, with light installations and projections created by artists from across the planet. In a nod to tradition, every local is expected to light a candle outside their window during the festival, held every December. 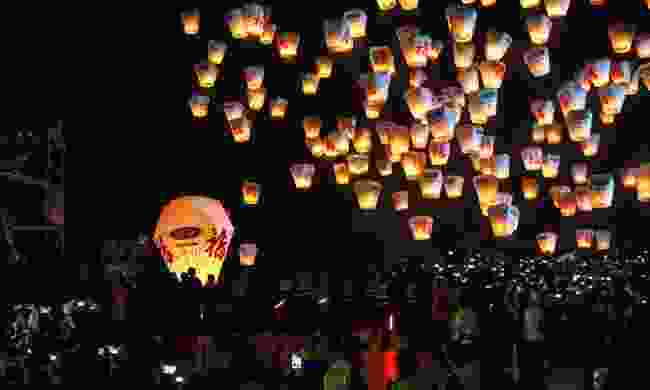 Held every year to celebrate the end of the Chinese New Year, the Lantern Festival in the Taipei suburb of Pingxi is one of the largest in the world, with thousands of lanterns lit up and sent skyward, three times an hour from 6.30 pm to 9.30 pm.

The lanterns come in all shapes and sizes, with many mirroring the Chinese zodiac creature being celebrated that year. They also hold the a wish for the year ahead, attached by the person launching the lantern skywards. 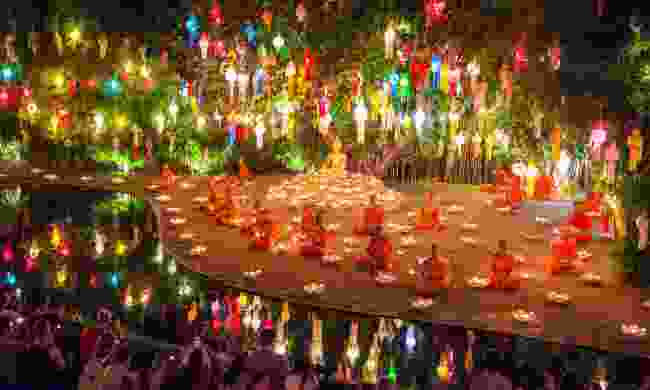 Held every November, although not always, Loy Krathong marks the end of the rainy season and gives thanks to the Goddess of the Water. Special lotus-shaped baskets are lit and released into the river, as a symbol of letting go of the bad things that happened that year and asking for good luck in the next.

The krathongs (flower baskets) are made from coconut shells and form an extraordinary sight as they float down the river en masse. Traditional Thai dance shows and concerts are an equally important part of the festivities. 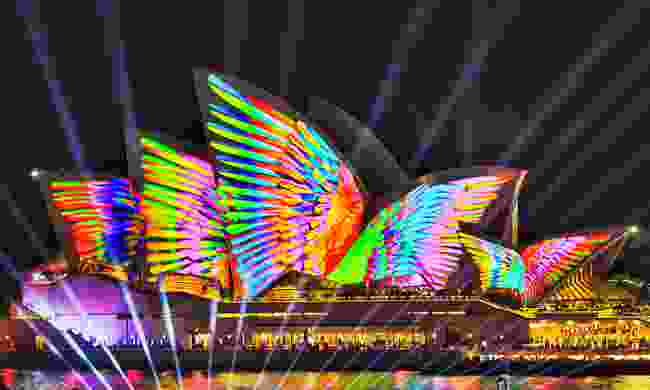 Every May and June, Sydney shakes its fist at the approaching winter with a 23-day festival of light, music and ideas. The city is awash with concerts and immersive light installations and projections, the most famous and spectacular being the 3D mapping projections on the city’s most most landmark, the Opera House. The famous sails are the perfect canvas for all kinds of projections, from butterfly wings to traditional indigenous art. 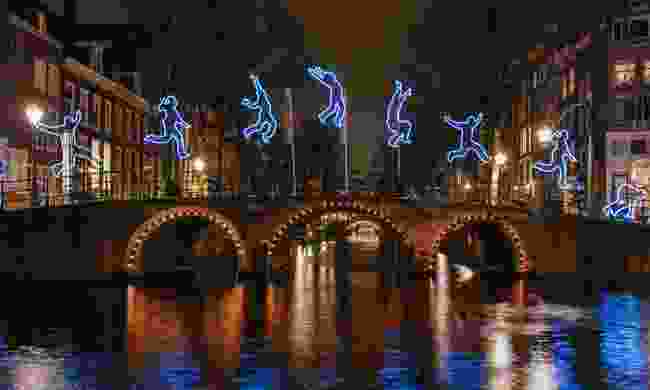 A light figure somersaults across a bridge Amsterdam (Shutterstock)

Using the ancient canals, houses and bridges of its historical centre as a canvas, the Amsterdam Light Festival is a much appreciated bright spot during the Dutch winter.

Many of the installations cleverly use their reflections in the water to amplify their effect. Others hang precariously from bridges and canal houses. Walking tours are offered, but for the best experience, take a canal boat along the festival route. 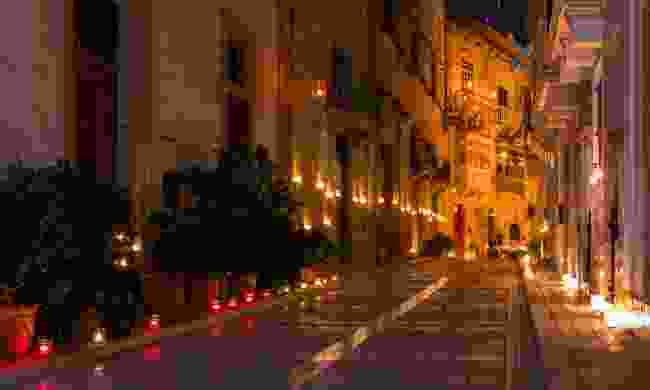 Every autumn in Birgu, one of Malta’s oldest and most historical cities, Birgu Fest takes place. It's an annual arts and culture festival that culminates in the city’s electric lights being switched off and narrow cobbled lanes being illuminated by candles instead.