9 world wonders that should be UNESCO World Heritage Sites

The Tentative List unveils a host of sweeping natural landscapes and historically significant locations that have yet to be fully inscribed. Here are some of the most surprising UNESCO omissions...

1. The Sacred Landscapes of Tigray, Ethiopia 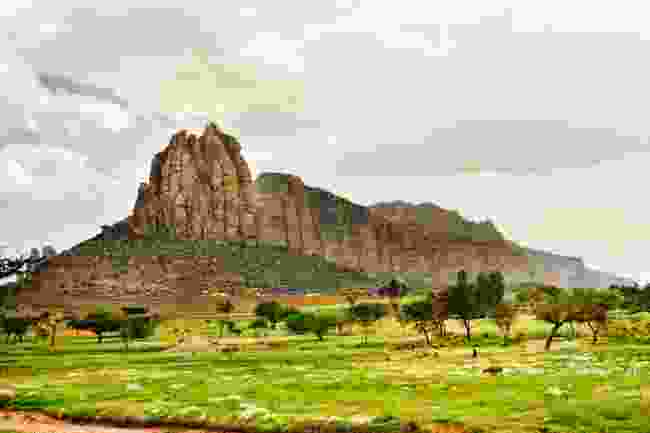 What is it? The Sacred Landscapes of Tigray is a vast plain in Ethiopia’s far north. Three locations in particular are of note: Gheralta, Atsbi and Tembien.

Here, there are over 121 churches, built from and embedded deep into the rock, some dating as far back as the fifth century AD. The site itself is believed to be the largest collection of rock-hewn architecture on the planet.

There are countless churches built of timber, too. These are believed to be some of the oldest wooden churches in the world.

Why isn’t it UNESCO protected? Tigray has been on UNESCO’s Tentative List since February 2018, one of just a few key sites the country has submitted for consideration.

See UNESCO's entry for The Sacred Landscapes of Tigray 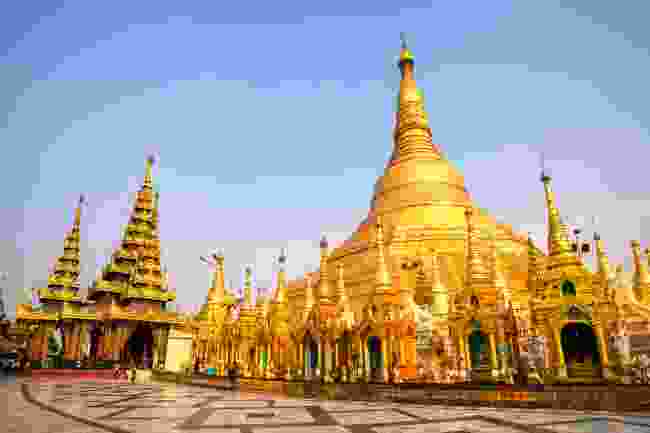 What is it: As far as temples go, Shwedagon Pagoda is truly special. Not only is its blinding-gold exterior synonymous with Myanmar, its religious significance is rarely paralleled.

It’s believed that eight hair strands straight from the head of Guatama, the original Buddha himself, exist within the temple confines. There are numerous artefacts from other important Buddhist figures on site, including subsequent Buddhas.

Add in the pagoda’s historic location – Singuttara Hill, in the city of Yangon – and the UNESCO entry writes itself.

Why isn’t it UNESCO protected? Bagan became the second UNESCO World Heritage Site in Myanmar in 2019. So, it could take a while for Shwedagon to catch up. It was only submitted for consideration in early 2019, so there’s still plenty of time for it to achieve inscription. 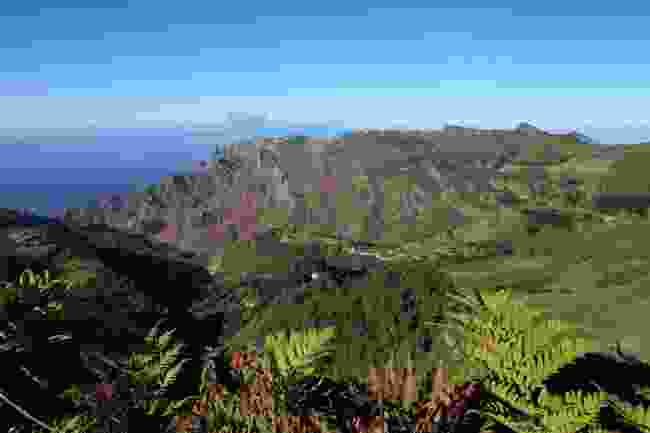 Biodiversity on the island of St Helena (Shutterstock)

What is it: A 47sq m island located in the South Pacific, over 1,000 miles from its closes neighbour. St Helena is known for many things, and its incredible biodiversity is one of them. Expect lush vegetation, rare insects like desert-dwelling nocturnal spiders – and even giant tree daisies.

Naturally, there’s more to St Helena than its nature. It has a complex and fascinating history. Now part of the United Kingdom, the island has also been under Portuguese and Dutch rule since it was discovered in the early 1500s.

Why isn’t a UNESCO Site? Submitted on the Tentative List in 2012 under the category of nature, it's unknown if there are any plans at present to inscribe St Helena.

This is especially interesting given that Tristan da Cunha (along with neighbour Gough Island) was first inscribed in 1995. It’s also part of the UK’s overseas territory, but its also entirely unique, and widely regarded as the world’s most remote island.

See UNESCO's entry for the island of St Helena

What is it: One of Ecuador’s most fascinating cultural sites, Zamora – a western Amazonian region - contains the remnants of the Mayo Chinchipe Marañón civilisation, which existed over five millennia ago.

Not only is it an incredibly important site in terms of human history and understanding past societies (thanks to an array of stones, conch shells, pottery and art works, burial sites and architecture that have been discovered), but it’s also important in the history of, erm, chocolate, too.

Indeed, the site proved that Ecuador was the first place in the world to begin using cocoa.

Why isn’t a UNESCO Site? Submitted as a cultural UNESCO contender in 2016, there are still many years of consideration to take place here.

Interestingly, Ecuador has a similar UNESCO Site already: the Ecuadorian coast, protected as it was home to the Valdivia people, who first appeared in 4,000 BC. 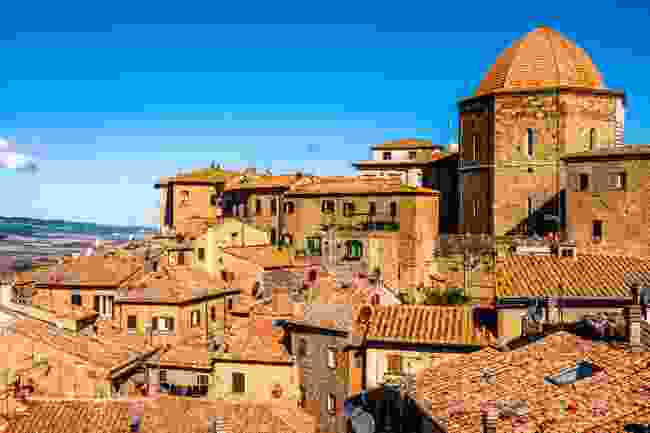 What is it: The historic city of Volterra is a must-visit, with or without UNESCO status.

The town sits atop a mountain in rural, green Tuscany, and is surrounded by a 7,300m-long wall. If its idyllic and somewhat remote location isn’t enough reason to protect its charms, inside those walls is a centre is packed so full of history you’d need an essay to detail it all.

Founded by the Etruscans in the sixth century BC, the Romans later ruled and built an impressive theatre – the remains exist to this day – and eventually controlled by the Lombards and the Florentines, it’s safe to say there are plenty of influences on the city’s iconic architecture and culture.

Known for stone, Volterra is famous for its alabaster, still mined in the city today.

Why isn’t a UNESCO Site? Since 2006, Volterra has been in consideration on UNESCO’s Tentative List. It’s hard to believe a city with such natural beauty and vast history within its walls is not currently UNESCO protected. Let’s watch and wait… 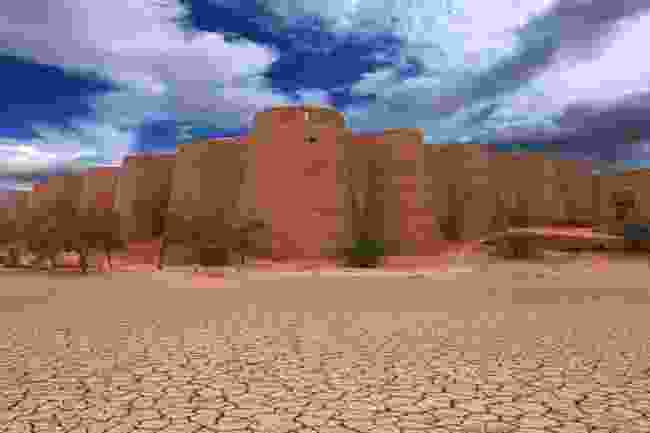 What is it: Derawar Fort – and just under 12 more fortresses like it in Pakistan’s Cholistan Desert – were designed to protect. With 40 turrets and an ‘inhospitable’ landscape of desert and dryness for challengers to content with, that’s exactly what Derawar does.

Of course, it isn’t needed now for its 18th century purpose. It was first built in 1733, and in the modern era is more of a historical point of interest. Its walls are 30m tall, and the view of the fort is quite overwhelming.

But it’s well worth exploring, even if it is a trek to get to from your usual starting destinations, and the web of underground tunnels is worth hiring a guide for.

Why isn’t it a UNESCO Site? Derawar and its counterparts have yet to be fully explored – even by those dedicated to learning about it – so that may be why it has yet to be fully inscribed as a UNESCO World Heritage Site.

Derawar is also private property, and visitors need to obtain permission to get inside. That said, it’s a must-see if you’re visiting this part of the world. That’s why we included it as one of our best things to do in Pakistan.

7. The Green Route of Verapaz, Guatemala 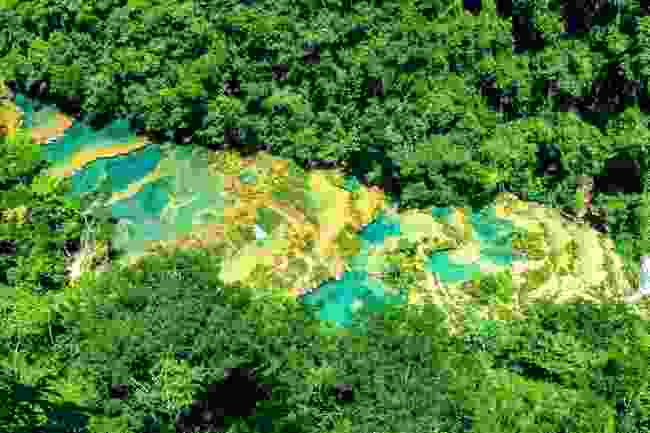 What is it: The Green Route of Verapaz is probably better known by the names of its segments.

Also included in the Green Route are the region’s most fascinating – and historically significant caves – both the sprawling natural cave system Candelaria and the mysterious, bat-filled Lanquin Caves played an important role in the lives of the Mayan people, thousands of years ago.

Apparently, Mayans believed that caves were passages to the underworld…

Why isn’t it a UNESCO site? The Green Route was submitted to the Tentative List back in 2002, so we’re guessing there will be a good reason why UNESCO have yet to inscribe it.

Regardless, it doesn’t need official status to be well worth your visit. Make sure you see it all for an unforgettable experience through untamed Guatemala.

See UNESCO's entry on The Green Route of Verapaz 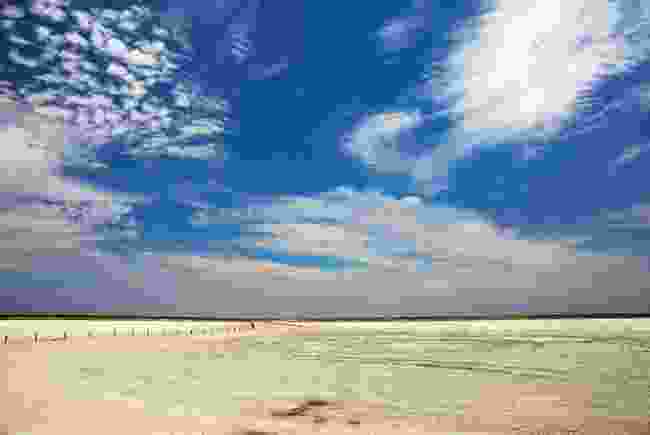 What is it? In a nutshell, it’s a 4,730 sq km salt pan – thought to be the largest in Africa – that swallows up about a quarter of Etosha National Park.

There’s very little in Etosha Pan most of the time, other than the naked Earth: a dry, salt-crusted, dusty desert that’s often too hot for animals to roam. Though the pan’s outskirts, filled with greenery and natural springs, supports a host of Namibian wildlife.

After a period of heavy rain, a pool of water forms, and attracts flamingos and other birds, who then breed after a drink. And when it appears, the glistening white and green salt design is so eye-catching, need very little else to appreciate its natural prowess.

Why isn’t a UNESCO Site? It seems that Etosha Pan is quite unique as far as a varied landscape goes, it’s one of the world’s largest salt pans, and contributes plenty to the overall eco-system of Etosha National Park.

Namibia submitted it to the Tentative List in early 2016, so who knows? Perhaps it’ll achieve World Heritage Status in the near future. It has just two UNESCO sites as of 2020, so watch this space. 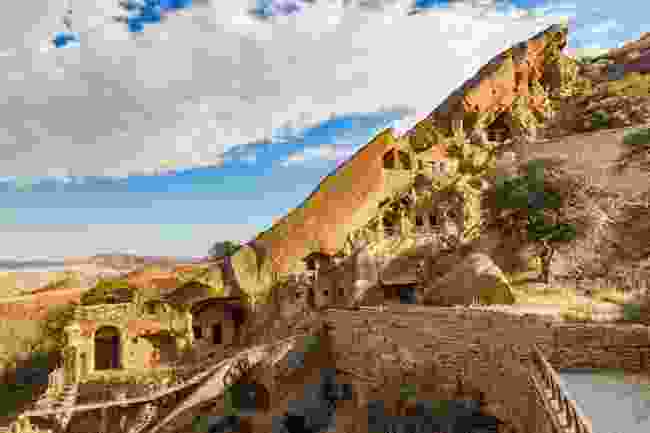 What is it? A series of cave monasteries, churches and chapels, the Davit Gareja Monastery and its complex were thought to be built as early as the sixth century, and remain remarkably well preserved.

Davit Gareja is located in eastern Georgia, not far from the border with Azerbaijan, and the complex is considered one of the country’s most sacred and culturally significant sites. Visitors arrive from all over the country, and it is accessible from the capital, Tbilisi.

Beyond the monasteries themselves and the works of art within them, archaeological work completed on the site has revealed important relics from the Late Bronze Age and Iron Age, as well as remnants of numerous extinct civilisations.

Why isn’t it a UNESCO Site? Georgia submitted the monastery for consideration on the Tentative List back in 2007.

The country has few UNESCO Sites to date: the churches of Mtskheta (inscribed in 1994, and later updated in 2017), Gelati Monastery (1994 again) and the remote Upper Svaneti region (in 1996).

Read more about the world's wonders:

7 UK wonders that SHOULD be UNESCO listed

Our top 10 wonders of the world

The wonders of the Buddhist world revealed