Stone cold wonders: 7 famous rocks from around the world and the stories behind them

Whether they are imbued with special powers or simply marking important places, these stones continue to fascinate and demand respect – with many becoming points of pilgrimage Sitting on the shore of Massachusetts, and protected by a solemn granite canopy, Plymouth Rock marks the point where William Bradford and his pilgrims stepped off the Mayflower and onto US soil in 1620. It was a pivotal moment in modern American history and accordingly the stone is wrapped in mystery.

The Pilgrims did not refer to Plymouth Rock in any of their writings. Indeed, the first mention of it marking the spot where they landed was made by Elder Thomas Faunce in 1741, 121 years after they landed. It was consecrated barely thirty years later and has been a place of pilgrimage ever since. 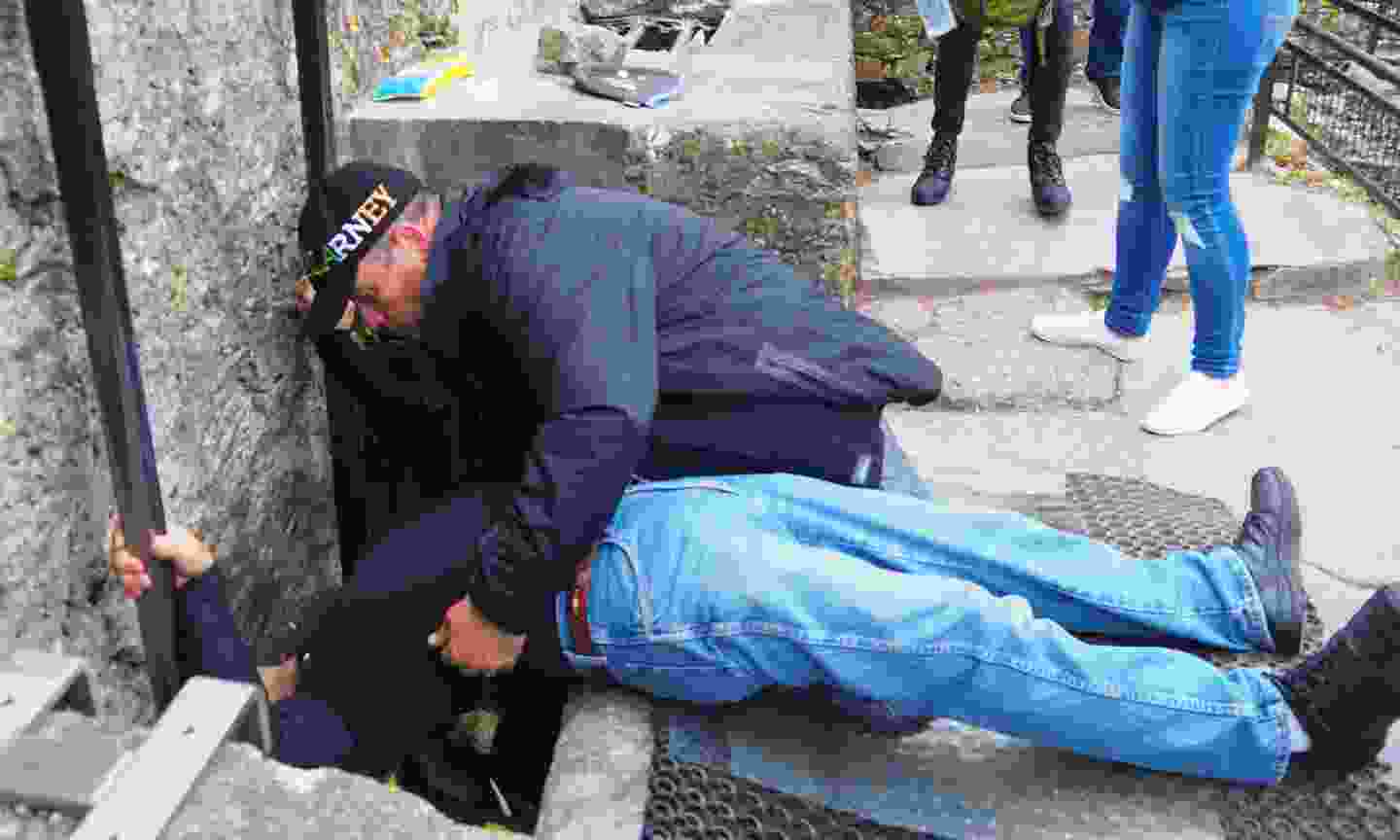 Legend has it that if you kiss the Blarney Stone, an ancient slab of limestone built into the facade of Blarney Castle, you will be blessed with the ‘gift of the gab’ – so it is hardly surprising that the castle is one of the most popular pilgrimage spots in the country.

Having said that, kissing the stone is not an easy process. You have to climb onto the roof of the castle, lie on your back and lean over the edge, and kiss the underside of the stone. There are railings to hold on to, but it definitely helps to have a friend hold you in place. 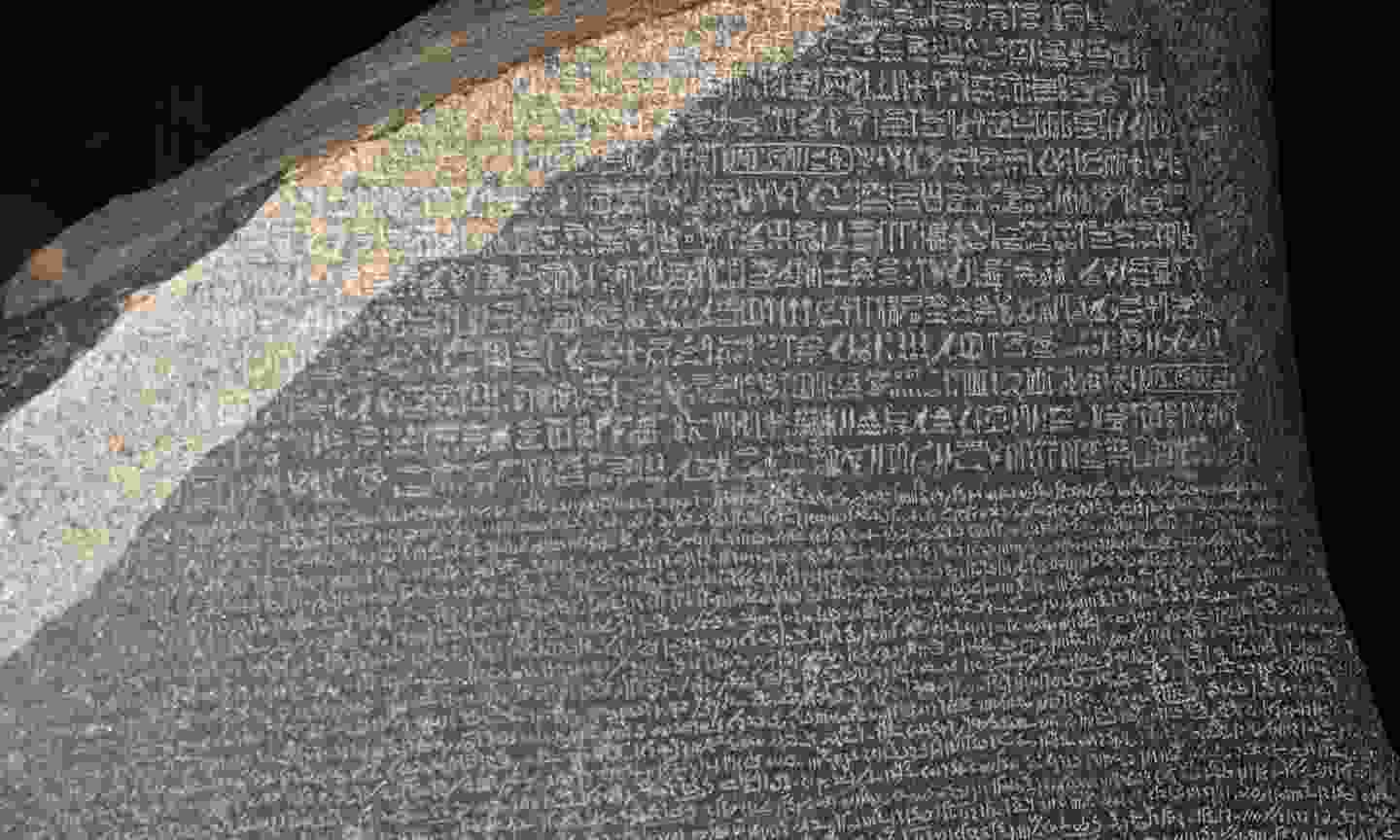 Close up of the Rosetta Stone (Dreamstime)

Discovered by the French in the Egyptian town of Rosetta in 1799 and ‘liberated’ by the British in 1801, this unassuming slab of granodiorite is one of the most important stones in archaeology. Inscribed with three versions of a decree issued at Memphis, Egypt, in 196 BC, it allowed archaeologists to translate the previously unfathomable language of Egyptian hieroglyphics.

Today, you’ll find the stone in the British Museum in London, where it has been on display since 1802. During the Second World War, the stone spent two years underground at the Postal Tube Railway near Holborn to protect it from bombing, but has otherwise stayed on public view, even when it was being conserved in 1999.

4: The Black Stone of the Kaaba, Saudi Arabia The Kaaba in Masjid al-Haram (Dreamstime)

The Black Stone of Kaaba is the most sacred relic in Islam and sits in the Masjid al-Ḥaram in Mecca. It is an integral part of the Hajj, the annual pilgrimage to Mecca, and must be circled by pilgrims, many of whom try to stop and kiss the stone.

It is believed that the stone fell from heaven for Adam and Eve to turn into an altar. It was set into the walls of the Kaaba in 605 AD by the Prophet Muhammad. The stone has fragmented over the years and is held together in a silver frame. 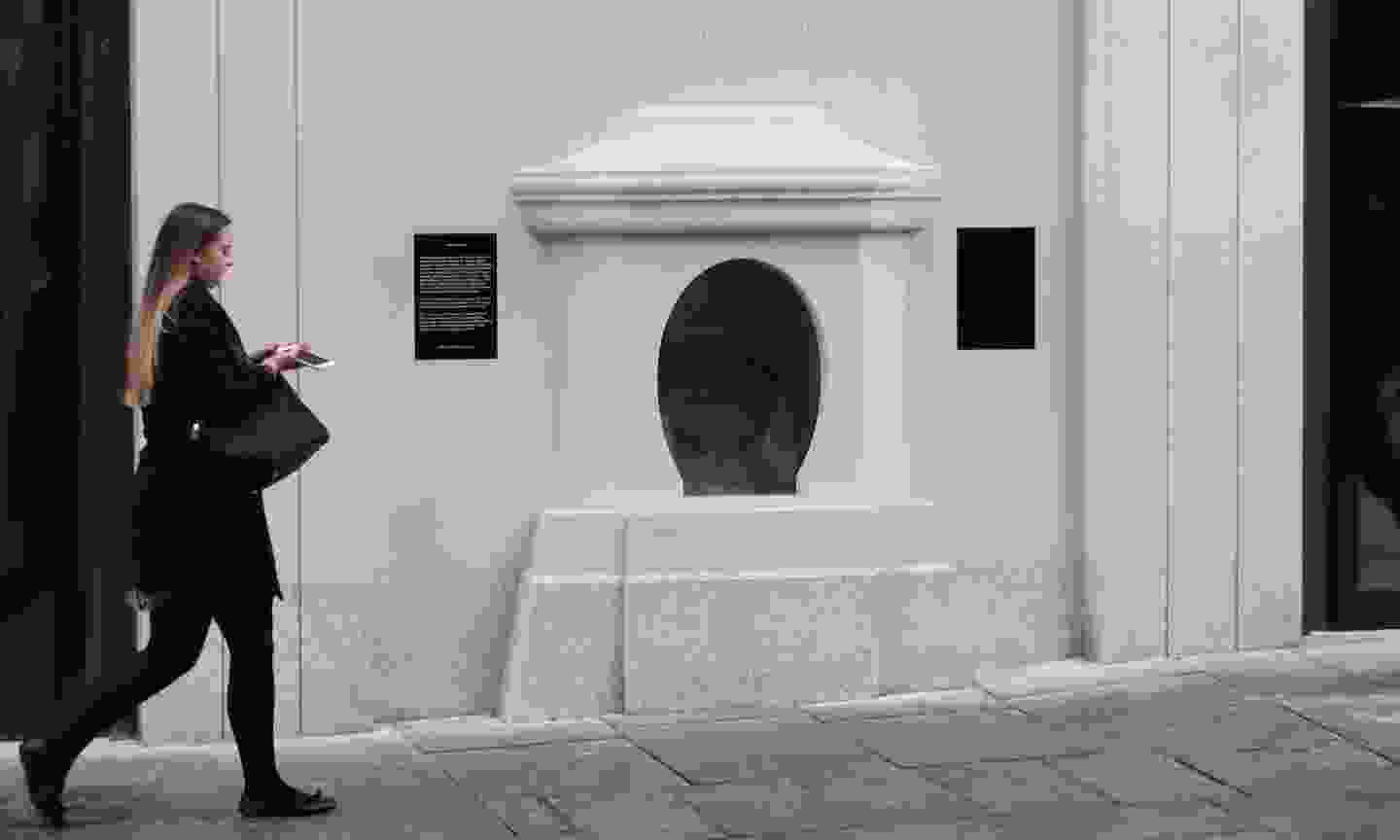 Long housed in an unprepossessing niche in a wall of a WH Smith branch on Cannon Street, the London Stone – or rather, what to do with it – has caused much consternation. When the site was earmarked for demolition, it wasn’t just the fate of the building that was at stake, it was that of the entire capital. You see, legend has it that if the London Stone is moved or destroyed, the English capital will fall.

Little is known about the stone or how its legend grew. Some say it was used as an altar by Druids. Others, that it was brought back from Troy by Brutus. Regardless, after a short stint in the Museum of London, the stone is back on Cannon Street, in a specially built niche in the new building and the British capital is safe again. For now.

6: The Sword in the Stone, Italy 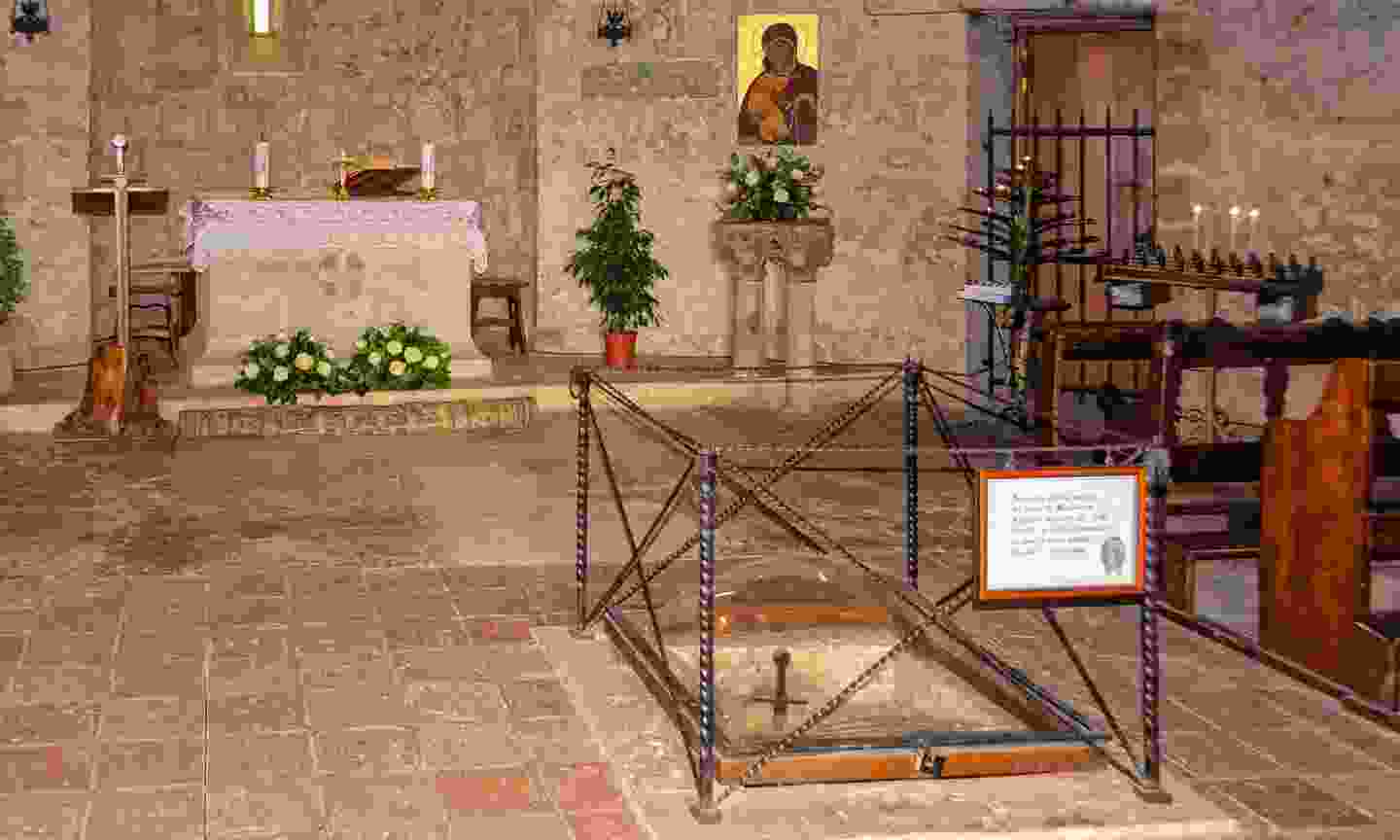 The sword in the stone in Montesiepi Chapel. Mummified hands not shown. (Dreamstime)

While the sword in the stone in the legend of King Arthur remains a myth, there is another – tucked away in an unassuming chapel in Chiusdino, Tuscany. The sword belonged to a wealthy Italian knight, Galgano Guidotti. The stone is where he plunged his sword to mark the spot where he had a vision of the Archangel Michael. The Montesiepi Chapel was built around it.

Countless people have tried to steal the sword over the centuries. Today it is protected by a perspex shield and surrounded by the mummified hands of thieves who tried and failed.

7: The Stone of Destiny, Scotland

Believed to have been used as a pillow by biblical Jacob as he dreamed of Jacob’s Ladder, the Stone of Destiny is a powerful and ancient symbol of Scottish monarchy. It has witnessed the coronation of Scotland’s kings and queens for hundreds of years. And after Edward I of England took the stone in 1296 and made it part of his throne, it has been used in the coronations ceremonies for English and British monarchs as well.

On Christmas Day 1950, four Scottish students stole the stone from Westminster Abbey. Three months later it was found on the front door step of Arbroath Abbey. In 1966 it was returned to Scotland, where it resides in Edinburgh Castle, next to the Scottish Crown Jewels. It will only leave Scotland again when there is a coronation in Westminster Abbey. 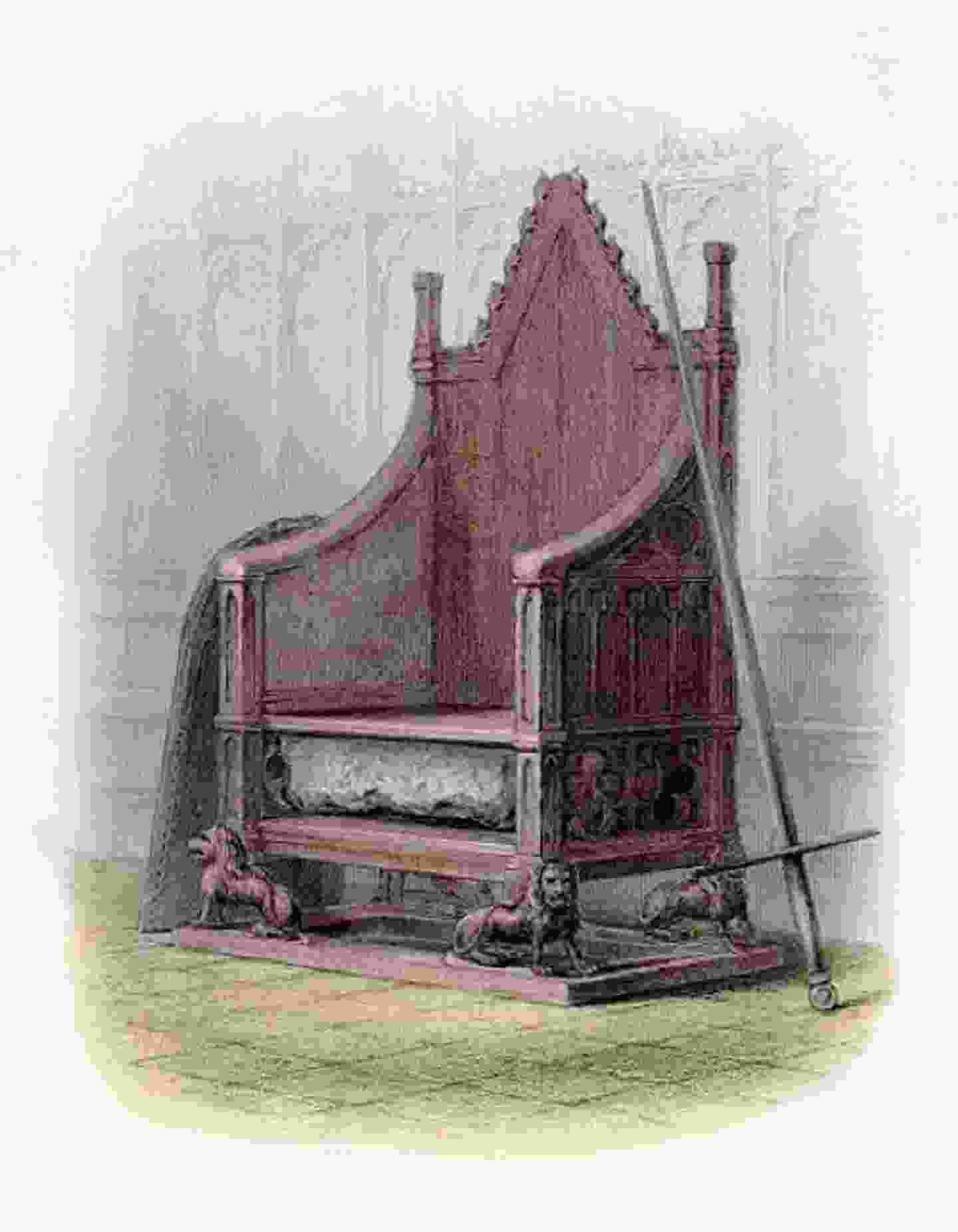 Stone of Destiny, set in the Coronation Throne (Public Domain)