Bay watch: 9 of the world’s most beautiful bays

Whether you sit by them, swim in them, or sail on them, these beautiful bodies of water will refresh your senses and soothe your soul 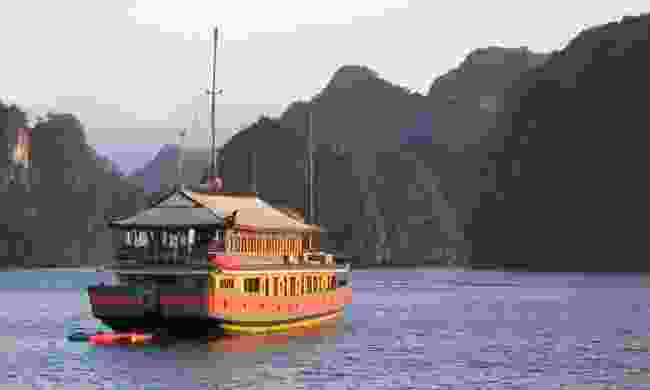 The Vietnamese call it the ‘Bay of Descending Dragons’. UNESCO declared it a World Heritage site in 1994. Most visitors regard it as a highlight of their trip to Vietnam. There’s no denying that Halong Bay is one of the most breathtaking bodies of water in the world.

The bay is dotted with thousands of towering limestone pillars and tiny islets, which rise from the emerald waters of the Gulf of Tonkin. Fishermen still ply their trade here, living on floating villages and casting their nets between the karsts, and a variety of tourist vessels ply the waters every day. An overnight cruise is best. 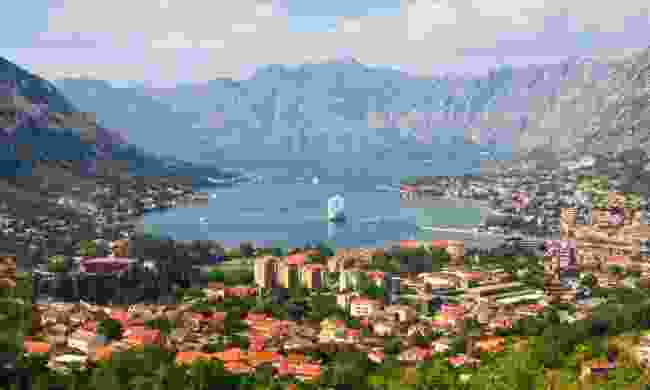 View over the Bay of Kotor (Dreamstime)

Imagine a Norwegian fjord plonked down in the sunny Adriatic, and you have a rough idea of the immense beauty of the Bay of Kotor in Montenegro. Surrounded by dramatic mountains and dotted with ancient villages and medieval churches, it is an irresistible spectacle. Perhaps that why the locals simply call it ‘Boka’ – the Bay.

There are endless opportunities for swimming, kayaking, boating and sightseeing – and a visit to one of the medieval island churches, just off Perast, is a must. Or you could simply watch the sun dance across the cliffs that rise up from the lake, a shadow play of infinite possibilities – preferably from a waterside restaurant, with a crisp local white wine to hand. 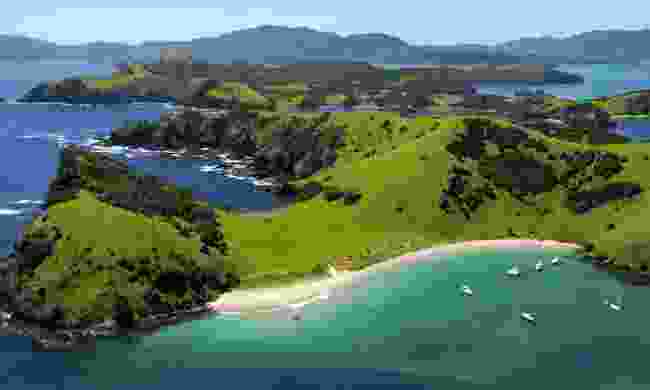 Waewaetorea Passage in the Bay of Islands (Dreamstime)

Tucked away on the far north of the North Island and home to 144 islands, countless secluded bays, and long stretches of sandy beaches, the Bay of Islands is one of New Zealand’s most beautiful corners. It was here that the country’s first European settlers landed and where the historic Waitangi Treaty was signed with the local Māoris.

Marine life is abundant here. The water teams with whales, penguins, dolphins and big marlin – making the bay popular with yachties and fisherman alike. On land, there are countless river- and sea-side walking tracks, as well pristine subtropical rainforest to explore. 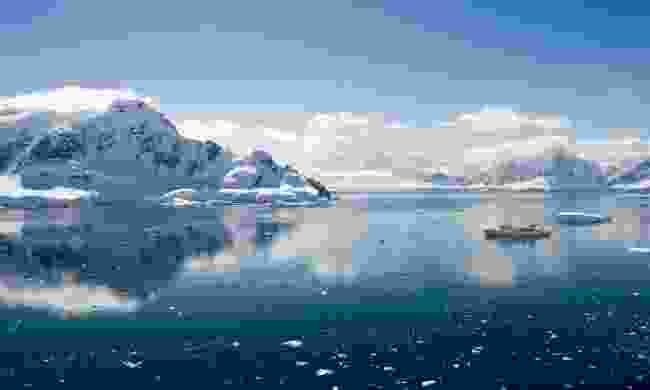 Located just north of Le Maire Strait, Paradise Bay is the Antarctica of your imagination. Mammoth glaciers rise from the steel-blue sea. The water is thick with ice floes. And whales, gentoo penguins and crabeater seals congregate in large numbers. It is David Attenborough’s Frozen Planet writ large.

The best way to experience the bay is on an inflatable Zodiac boat, zipping among the blue-white icebergs and coming eye-to-eye with the local residents. When the weather is calm and the sun is shining, there is nowhere else like it on the planet. 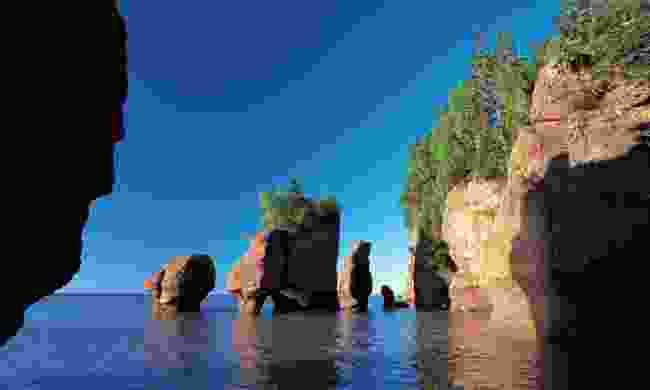 Located on Canada’s Atlantic coast, the Bay of Fundy is a place of superlatives. It has the highest tides in the world (the difference between low and high tide can exceed 50 feet), it is home to the world’s most endangered whale (the North Atlantic right whale), and its crumbling cliffs hold so many dinosaur fossils that the area has been declared a UNESCO world heritage site.

It is the bay’s natural beauty, however, that impresses visitors most. The tide has carved out surreal shapes from the cliffs, many incongruously topped by mature trees. Head to Hopewell Rocks at Hopewell Cape, New Brunswick, for the most striking examples. Otherwise, kayak along the sculpted coastline, cliffs and islands – or, if you’re feeling brave, take one of the exhilarating tidal rafting expeditions on the tidal rivers. 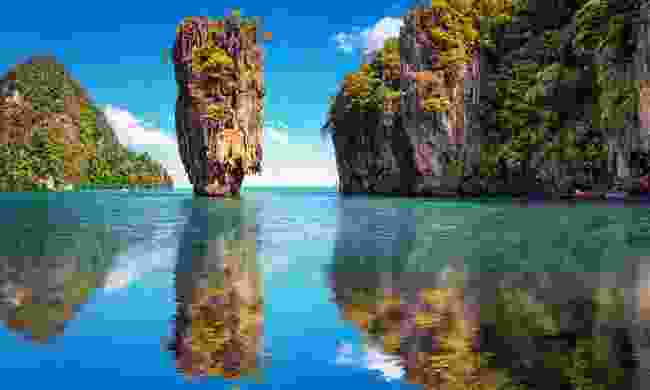 Phang Nga Bay first came to the world’s attention over 40 years ago, when it featured as a location in The Man With The Golden Gun. The beautiful caves, mysterious grottoes, and limestone islands of the sparkling bay made quite an impression. Ko Ta Pu, one of the most spectacular limestone tower karsts in the bay, is still known as ‘James Bond Island’.

The bay is part of the Ao Phang Nga National Park, and is popular with day trippers from Phuket. Avoid the selfie-snapping crowds by hiring a sea kayak to explore the bay. An added bonus is that kayaks are the only way of getting inside the grottoes and caves. 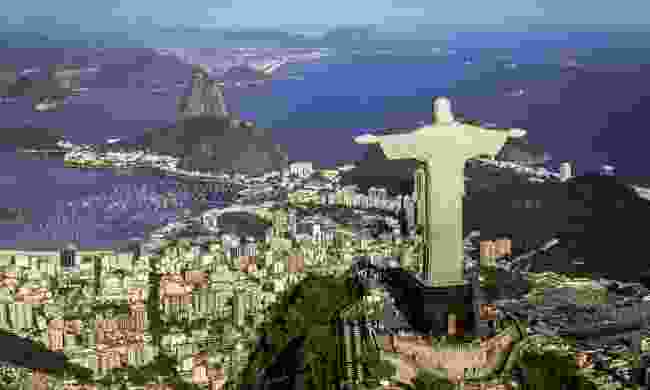 Surrounded by tropical forests, towering mountains and stunning beaches, Rio de Janeiro’s Guanabara Bay is one of the most alluring sights in the world. Little wonder, then, that Christ the Redeemer – atop Mount Corcovado – appears to be stretching out his arms to lovingly embrace it.

The bay was discovered on New Year’s Day in 1502 by the Portuguese explorer Gaspar de Lemos. You can enjoy spectacular views from Sugarloaf Mountain or beside Christ the Redeemer on Mount Corcovado, but for a truly memorable experience head to Mirante Dona Marta, a 40-minute hike past the Santa Marta favela. The view includes Guanabara Bay, Sugarloaf Mountain, and across to Botafogo. 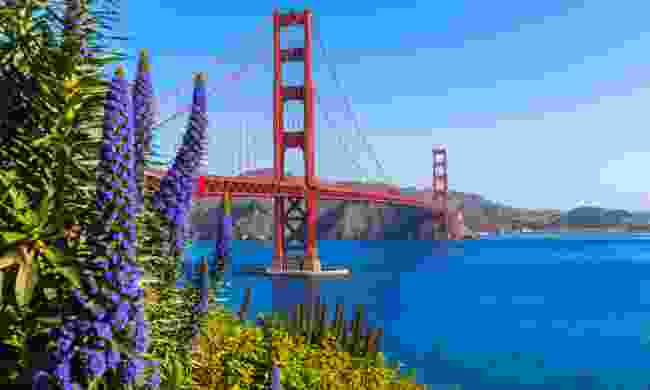 This shallow estuary in the north of California is one of the most iconic bays in the world. Tony Bennett famously left his heart there. And the first glimpse of the bridge over the sparkling water causes every visitor’s heart to flutter a little.

The secret, perhaps, is that every ‘addition’ to the bay has added to its allure. The famous Golden Gate Bridge, built in 1933, looks as though it was always there. The cable cars add an old-world charm. And the 82,027-acre national recreation area on the north shore creates the illusion that civilisation is a million miles away. 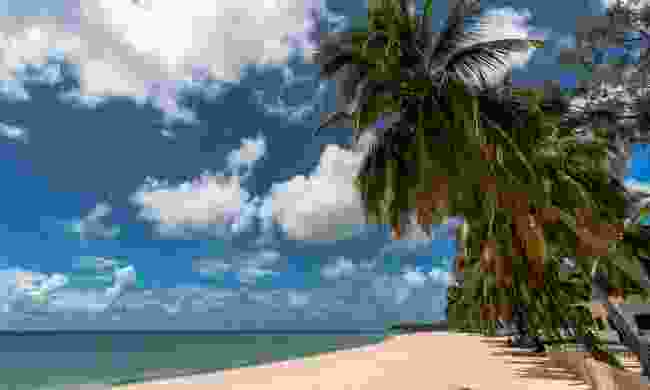 A large Indian Ocean bay in the north-east of Mozambique, Pemba Bay is the epitome of a tropical paradise. The water is a striking shade of blue. The sands are white and obligingly fringed by palm trees. Life is slow and easy here, as if everyone is biding their time to take in the view.

Pemba Bay is close to the equator, so temperatures barely fluctuate throughout the year. It has become increasingly popular with water sports and diving enthusiasts, but solitude – in the shape of the Quirimbas Islands and the Quirimbas National Park – is only a stone's throw away.