#WishIWasThere: 9 places our travel industry friends can’t wait to get back to

We're locked down for now, but that doesn’t stop us dreaming about travel. We asked tour operators and tourist boards about their unforgettable past adventures, and the people who made them special... 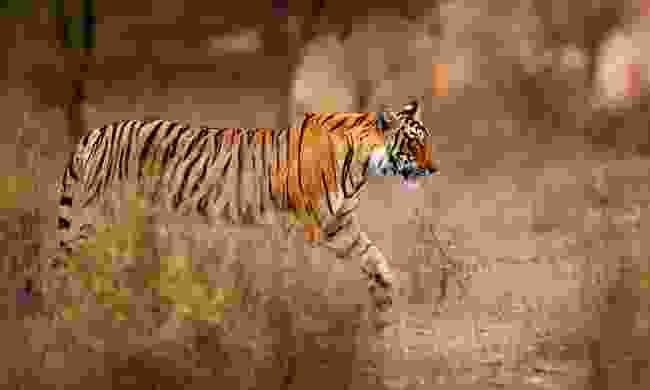 A bengal tiger in India (Shutterstock)

I always have my next holiday in the pipeline and was actually due to depart on a two-month sabbatical in April, so for me, not having a trip to look forward to right now is particularly challenging.

As with all travel fanatics, all we can do for now is daydream about all our epic travel memories and start plotting where we’ll go when the borders open up once again.

My mind keeps drifting to the rugged wilderness of central India’s national parks. Driving through the jungle at first light, with the early morning sun just breaching the tree line, you can hear the jungle alarm system in full cry.

Animals bark, shout and call in warning, until eventually, perfectly disguised among the yellow and brown hues of the dry forest, you catch a glimpse of the orange and black coat of a tiger. A young male tiger saunters towards you.

Your eyes lock. His power, strength and sheer magnificence are breathtaking. Your heart is pounding, but the tiger is not interested in you. Nonchalantly, he turns away, resuming the early morning patrol of his territory, his world, his kingdom.

I can’t wait until I can travel again, but for now, that memory will keep me going through the hard times ahead. 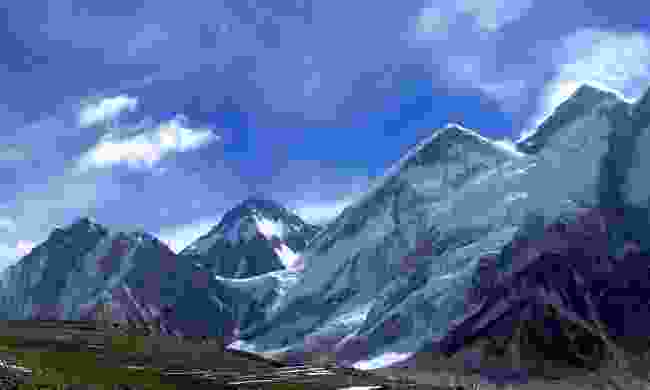 With so much uncertainty surrounding the industry, I’ve found myself reflecting on some of the reasons and experiences that led me to work in travel in the first place. And, the one trip that I keep returning to is my trek to Everest Base Camp in 2005.

Waking early in a tent in the village of Gorak Shep, with the sunrise catching the snow-laden summits of some of Himalayas’ highest peaks, was one of those genuine hair-standing-up-on-the-back-of-the-neck moments. In fact, it was a moment that made me want to share and inspire similar adventures among friends, family and anyone else who’d listen.

Now, as we pause and hope for things to right themselves, that feeling of awe and wonder at the world we can’t wait to explore again has never been stronger. 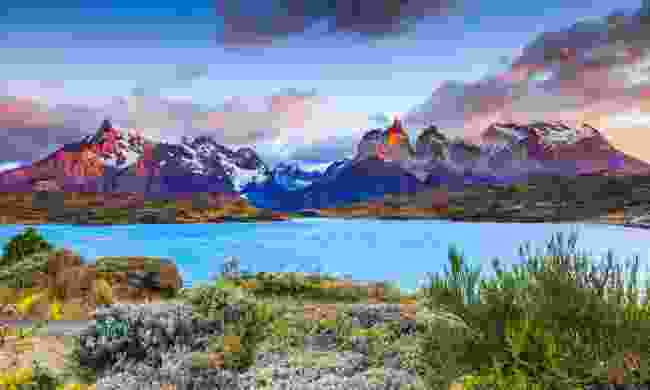 The Chilean part of Patagonia is definitely one of the most remarkable places I have ever been to. The stunning landscapes will inspire you with well-preserved nature and diverse fauna.

From the beautiful blue shades of the lakes and rivers to the breathtaking white of the glaciers and majestic Torres del Paine, this place took my breath away, and holds a special place in my heart. 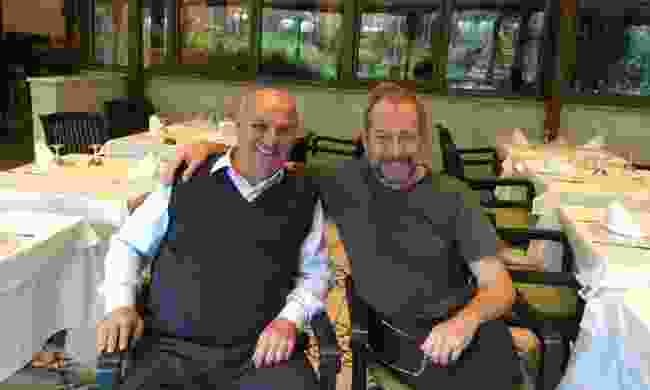 John and his friend Levent in Turkey (John Telfer)

Five years ago, I took a trip to Istanbul and was lucky enough to catch up with my old bus driver from my tour leader days, Levent Ozturk.

We had worked together for almost six months, all those years ago, taking groups across western and central Turkey in the days when there were barely any tourists. Together, we battled to make sure the “show must go on” in the days when telex was routinely used and infrastructure was rudimentary.

Levent spoke no English then (but taught me basic Turkish and backgammon!), but our groups would visit his home at the end of the tour to meet his family. It was surreal and emotional seeing him again after so much time, and although my Turkish had long evaporated, Levent now speaks English and runs a transport company and a travel company of his own.

The memories of those days, over 30 years ago, came flooding back and we are now connected once more. 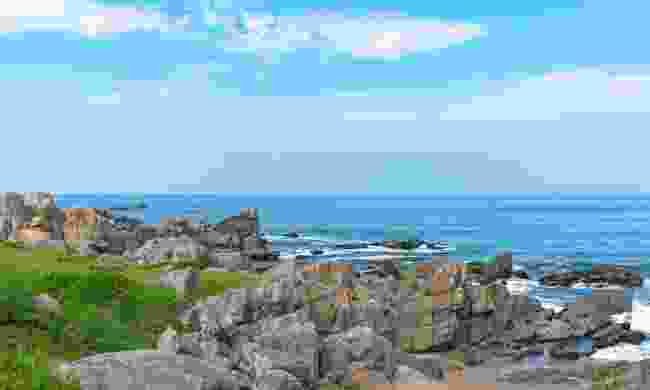 One of my fondest memories of travelling in Japan is from late 2018, when I ventured north from Tokyo into the Tōhoku region.

It would be the first of many visits to an extraordinarily beautiful part of Japan’s rugged countryside. It saw much hardship at the hands of the 2011 earthquake and tsunami, and to this day sees just under 3% of total international visitor numbers alight the bullet train for a visit.

I had come to do some of the shorter portions of a new long-distance scenic trail, the Michinoku Coastal Trail, which was the result of a combined curation effort from dozens of local communities along 1,000km of stunningly varied coastline.

Stopping off at a local inn in the quaint town of Miyako, I was taken out on a tour of the local food joints and watering holes by my host for the night, who explained to me what had led him to do what he does in the first place.

My host was a transgender man who had originally travelled to Miyako from Tokyo in the aftermath of the 2011 disaster to help rebuild the town, and had eventually settled there, having been overwhelmed by the warmth and acceptance he received from the local community, especially compared to the city-slickers of the capital he was used to.

It was through the stories of his characterful neighbours over dumplings and sake that I really came to appreciate what it can be easy to lose sight of - not just the kindness and staggering levels of hospitality considered the norm in these remote reaches, but just how much welcoming tourism meant to these sleepy towns and villages on a personal level.

It's a means of both forging a new future financially and building bridges with the international communities that provided them with aid and, most importantly, hope during times of life-altering necessity. 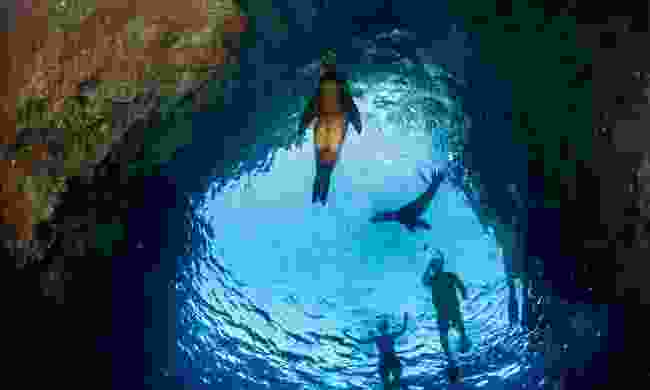 Swimming with sea lions in the Galápagos (Shutterstock)

I could use all the clichés in the book to describe how incredible my time in the Galápagos was two years ago.

I was impressed as soon as we arrived at the port to board the yacht which would be our home for the next five days - there were sea lions (the first of many!) sleeping on the benches, while rays, sharks and sea turtles swam below us.

The next few days were spent snorkelling with penguins and cormorants, coming across hundreds of land iguanas piled on top of each other on volcanic islands, and sitting on the sundeck looking out for dolphins jumping alongside us, the frigate birds soaring above. A truly special place. 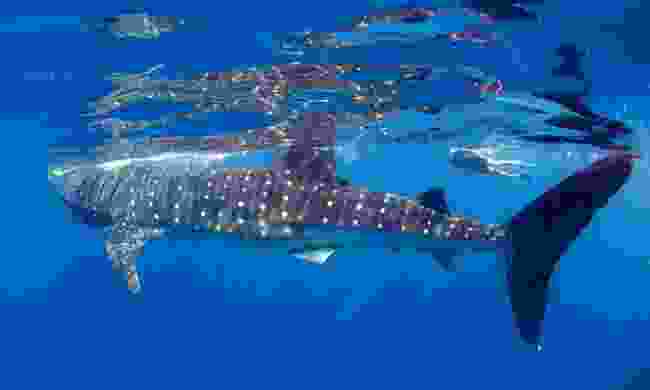 A whale shark off the coast of Cancun, Mexico (Shutterstock)

Since the world started hibernating, I’ve been dreaming more and more about the trips I could be taking, and the travel memories that are most vivid. And there’s a lot.

Learning how to roll cigars in Cuba, sitting in NASA’s Mission Control in Houston, spotting a two-toed sloth in Costa Rica – all lovingly arranged by our in-house Flight Centre Consultants. But the one that sticks with me the most is seeing whale sharks in Mexico…

Power boating an hour off the coast of Cancun to hopefully catch a glimpse of the planet’s biggest fish was something I’d always wanted to do.

I really remember the choppy waves of the Caribbean Sea, firing us all into the air about half a metre as we sped across them, and then… stillness. We’d halted because our captain had spotted a 12-feet behemoth just a few metres away, its long fin poking out of the water as it rose to munch on plankton.

The sheer size was beyond comprehension and, up-close, you could even make out the little white spots that peppered its body. And then there’s the speed. There’s something truly magical about seeing a whale shark in front of you one second, and then watching on as it powers off with ease into the distance. 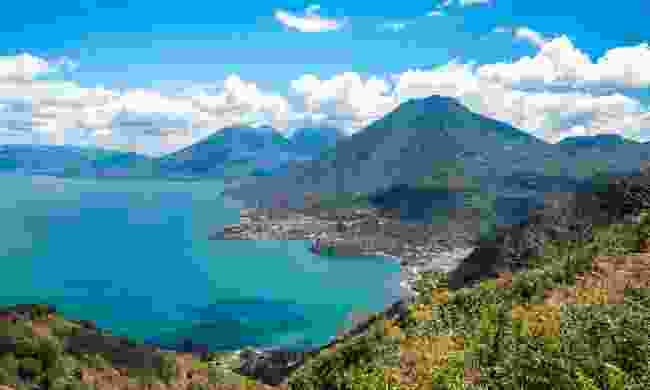 Having travelled and led expeditions all over the world, I would happily put Guatemala as one of my favourite destinations.

This special country really is an unmissable destination, one which you will never forget. Putting its past behind it, it is now ready for tourism, and soon, I am certain it will become one of the new go-to destinations in Latin America. Get there before it happens!

Lake Atitlán is one of the most scenic places I have ever seen. It is hard to convey in words the beauty of this spot. Eight miles in length, it is surrounded by three picturesque volcanoes and boasts a pleasant temperature due to its altitude at 1,500m.

Stunning scenery, cute villages dotted around the lake, and interesting mix of religions and cultures. Also, the sunrise is to die for. 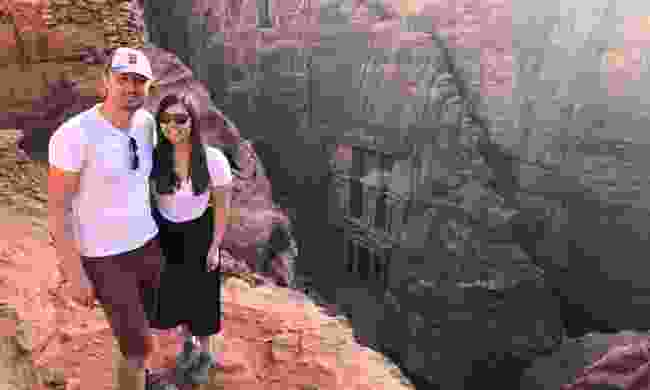 A trip to Petra in Jordan (Gemma Jones)

One of my most special travel memories was a recent trip to Jordan. I’d always dreamed of visiting Petra after watching Indiana Jones as a child, and was so excited to finally be living out my adventurer dream!

Not only was the Lost City absolutely epic (both in scale and the buildings themselves) but this Middle Eastern country as a whole was much more than I imagined.