Blue Planet II sees the BBC push the standard of nature filmaking even higher and uncovers a host of fabulous new acquatic superstars that you’ll want to see for yourself. We tell you where to find them 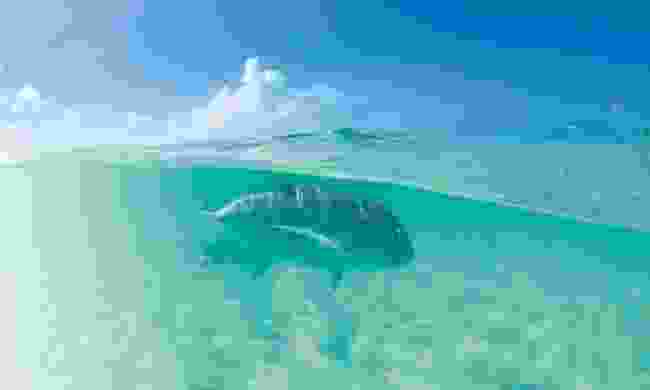 A fish that launches itself out of the water to catch and eat birds is destined to become the ‘star’ of Blue Planet II.

Each October in the Seychelles, giant trevallies prowl the Indian Ocean waters to stalk and capture young fledgling terns as they leave the nest for the first time.

Up to 1.7 metres long, the trevally have large, extendedly jaws that open as wide as a football to swallow the birds whole. They congregate in the corners of clear lagoons, watching the silhouettes of the birds flying overhead and waiting for one to fly too low.

To witness this extraordinary event, seek out local fishing guide Peter King. He has an intimate knowledge of the fishes behaviour and can take you to their daily lunch spot. 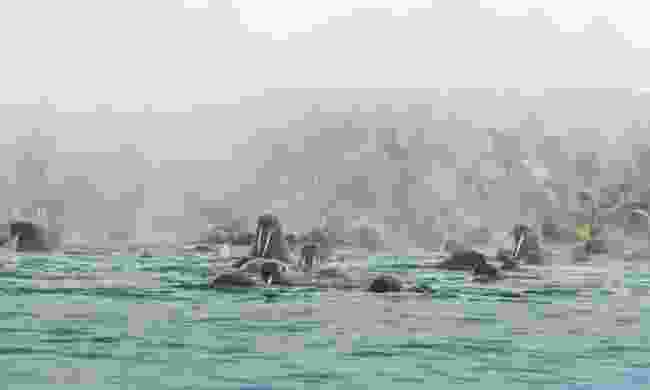 Walrus colony on a beach in Svarlbad (Jonathan Smith)

Every summer, thousands of walruses haul themselves up on the beaches of Svalbard, a Norwegian archipelago high above the Arctic Circle. They are drawn by the super abundance of food at this time of year and the distinct lack of ice for them to rest or hunt from in the ocean.

The vast number of walrus that gather on the water’s edge is an extraordinary sight. The pungent odour they emit is unforgettable too. It quickly captures the attention of local polar bears who plod onto the beach and cause quite a stir.

Adult walruses can handle the situation. Their thick blubber protects them from teeth and claws and they are strong enough to shake off even the toughest of bears. For the young pups, however, it is perilous. They have to get to the water as quickly as possible. It's the only place they where they can outpace a polar bear. 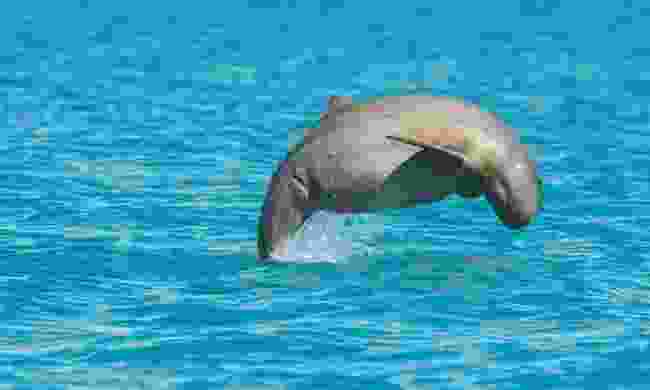 A close relative of the Irrawaddy dolphin of southern Asia, the snubfin dolphin can be found near the river mouths and mangrove swamps around Roebuck Bay on the western side of the Dampier Peninsula in Western Australia. Shy, with a distinctive rounded nose, the ‘Snubby’ was only classified as a separate species in 2005 and is notoriously difficult to track down.

Like all dolphin, the snub fin use echolocation to find their prey. But they also ‘spyhop’ - raising their head above the water to look around. On spotting their prey, they squirt a jet of water from their mouth to disorient it before going in for the kill. 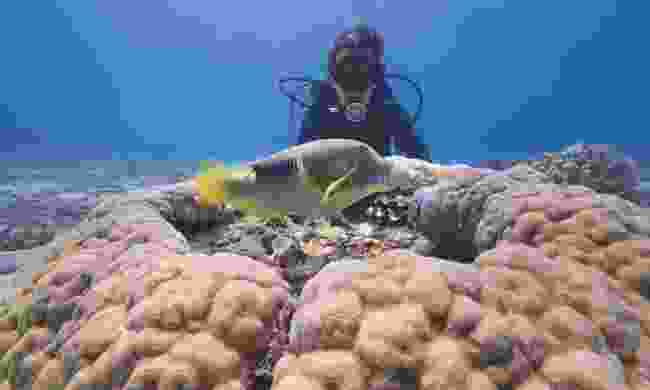 A tuskfish about to smash a clam (Yoland Bosiger)

The orange dotted tuskfish, found on Australia’s Great Barrier Reef, is a member of a very exclusive club. It's a club of predominantly mammals and birds who have found a way to use ‘tools’.  For the tusk fish those tools are rocks and coral, which they use as anvils to access the soft flesh of clams, their favourite food.

The team from Blue Planet II followed the exploits of a particularly industrious tuskfish nicknamed Percy. They followed him as he found a clam and set off to his favourite coral head which he uses as an anvil. With a few violent swings, the clam was smashed  to bits and he was gobbling down the flesh, spitting out the shell fragments.

Fish are not known for their intelligence, but digging up a clam, carrying it for some distance in its mouth to its preferred anvil, and smashing it open requires a degree of forward thinking. 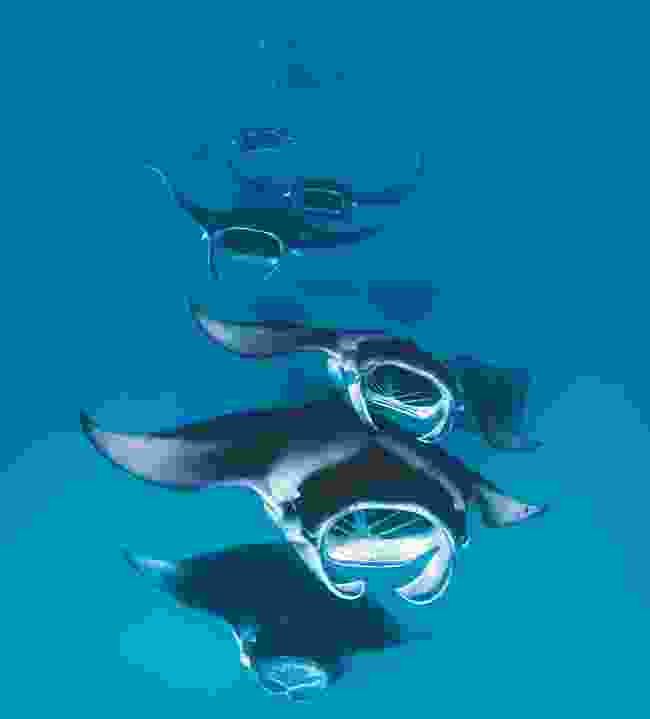 Between May and November each year, during the South West Monsoon - when a lunar tide creates a massive build up of plankton - Hanifaru Bay, in the Baa Atoll in the Maldives, is home to one of the most spectacular sights in nature. Thousands of manta ray congregate to feast, creating a feeding vortex that is breathtaking and balletic.

The rays form into long feeding chains and spiral upwards in groups of up to fifty.  Known as ‘cyclone feeding’, they swirl around in a circle, creating a whirlpool that concentrates the food which they then suck in with their great gaping mouths. When the feeding is good, each ray can consume up to 27 kilograms of plankton a day. 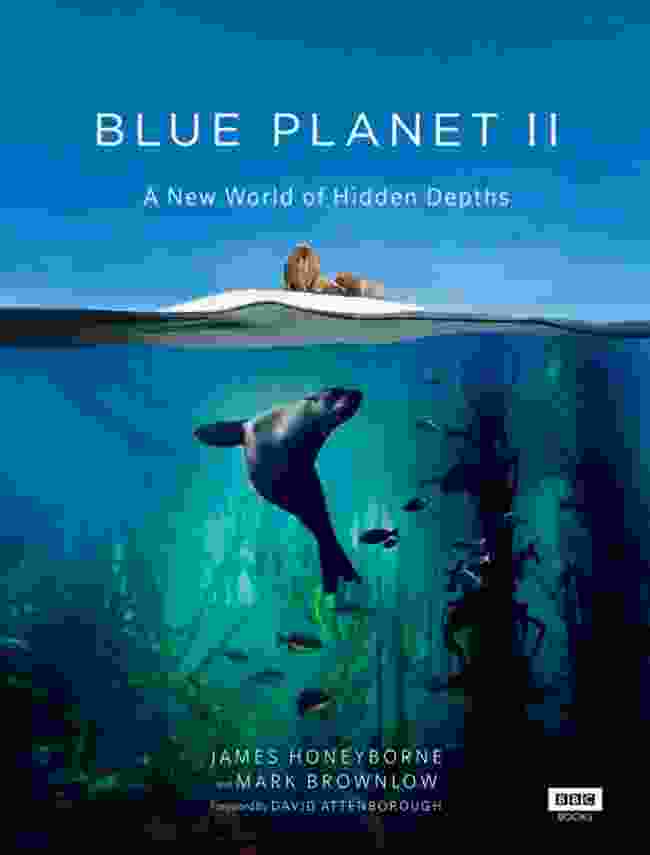 The book, Blue Planet II, featuring over 200 glorious photographs, stills and stories from the series, is published by Penguin Random House and can be ordered on Amazon now.