There’s an unwritten rule I’ve noticed to be true when travelling: the more you want to see something, the less likely it is that you’ll see it. From the Northern Lights to perfect sunrises, elusive birds, or a perfect breach of a whale – for a traveller who is constrained by time in which to see said phenomena or wildlife species (enforced by plane or train times and the need to get back home), desperation, frustration and disappointment are somewhat inevitable.

Never had I found this to be true more than on my visit to Stewart Island in New Zealand. Ever since my first foray to the land of the Kiwis more than 10 years ago I had wanted to spot one of the native land-dwelling birds. So when I headed back there last month I made a beeline for the oft-forgotten ‘third island’ (30km from South Island) where the flightless, feathered icon outnumbers the human residents fourfold (18,000 kiwi to just 400 humans). My chances, I’d decided, were good. Not only because would I be wandering along the three-day Rakiura track, spending the nights in ancient woodland, but I was also to be joined by my guide, Bob, who not only was a hunter but also a Kiwi-native – so in essence (by my reasoning at least) a kiwi-hunter.

But looking for birds on Stewart Island held another huge draw for me. It is the best place in the world outside of Antarctica for seeing the elusive Aurora Australis – aka the Southern Lights. 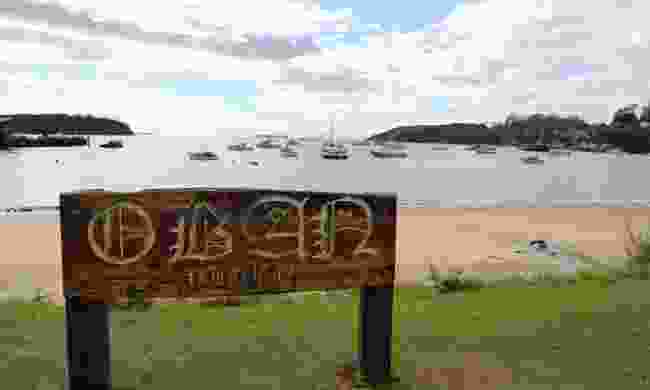 Despite knowing the aforementioned travel rule, as soon as I arrived I was convinced I would see both. I took a day trip to Ulva Island, a predator-free 2.7 square kilometre patch of land less than an hour’s ferry ride from the capital of Oban, where the species dwell in large numbers. Every time I heard a leaf rustle I was certain it was coming, but each time was left wanting. At night I watched the horizon, separate to capture my natural light show, but, once more, I remained unsatisfied.

Wandering along the track with Bob I struggled to maintain my optimism. I scoured the undergrowth of the forest floor, listened intently for the sound of kiwi pressing their long bill into the soft ground on the search for invertebrates and seeds. Here on the island the species are diurnal, meaning they feed both day and night – unlike their nocturnal brethren found elsewhere – so I knew my chances were high. But still nothing.

Other hikers spoke of their encounters, wardens regaled me of stories of kiwis passing by their feet while the aurora flashed in the background, but neither made an appearance for me.

After a couple of nights spent searching for the birds with a red headlight, and watching from the Department of Conservation huts for ‘The Lights’ I admitted defeat and went to bed. 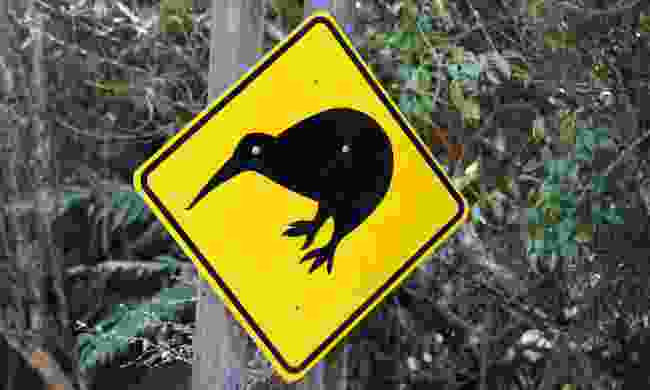 A call of nature woke me at around 3am on my final morning. After feeling around for my flip-flops and fleece I headed outside to the long drop toilets. All was quiet. Feeling in my pocket I realised I’d left my headtorch in my bag, but rather than go back for it I headed out, feeling the bracing chill of the night air. I stopped and looked up. There above me was the most incredible array of stars I had ever seen. The Milky Way appeared like a creamy smear on the inky sky, the pinpricked shape of the Southern Cross constellation glowed near silver and the slither of the moon was bright enough that it cast a shadow down on the ground before me.

There I stayed for a while, simply gazing at the stars in awe. It’s no wonder that this island is set to become an International Dark Sky Sanctuary later this year. I could have stayed for hours, but the cold was getting to me. Just as I was about to head back inside I gave one last look and thought I must be dreaming. There, in front of me, smeared across the darkness, was a faint green rainbow – the south’s aurora. I could have squealed – in fact I might well have done.

I watched for a few minutes as it swirled and grew brighter, then decided to run to get my camera. As I ran toward the hut door, movement in the bushes had my eyes darting towards the foliage. I could have sworn the tail end of a fluffy kiwi had just disappeared into the undergrowth.

By the time I retrieved my camera and came back outside the scrub was still. No animals stirred, and the emerald streak in the sky had vanished. But it didn’t matter. When it comes to unwritten rules about travel it seems that some are made to be broken – and I thank my lucky stars for that. 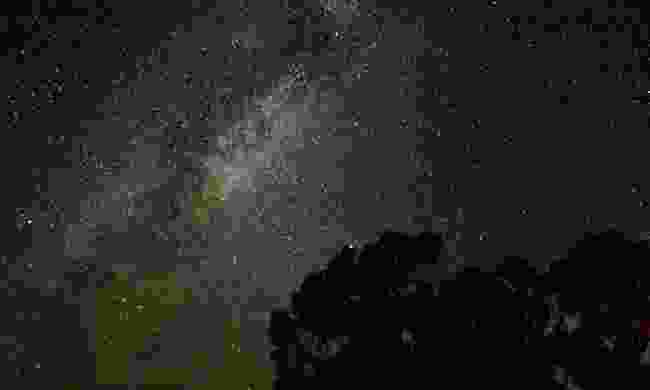 5 fantastic stargazing sites around the world

From Reserves to Sanctuaries, Communities to Parks, these destinations will make you starry-eyed...

Deep in the heart of Mid-Wales, in a neglected stretch of land between the coast of Aberystwyth and the hills of the Brecon Beacons National Park, is the wildlife-rich, reservoir-strewn landscape of the Elan Valley. Due to its distance from any major town or city, in 2015 it was awarded Dark Sky Park status, due to its lack of light pollution. By day walking and mountain bike trails beckon, by night a whole host of locations offer the chance to get constellation counting.

Situated in the East China Sea, off the coast of Okinawa on the Yaeyama Islands, this is the southernmost national park in the country. As such, rather unsurprisingly, it has excellent night sky visibility, far from the bright lights of major cityscapes. It’s also a great place to spot the endangered Iromote cat, a subspecies of the leopard cat. The chances of spying the latter may be slim, with only around 100 remaining, but for wishing on a lucky star you’ve come to the right place…

Accessed from the heady lights of Las Vegas, it’s impressive to think that in just a few hours drive the neon is left well and truly behind. Here salt flats (and the lowest elevation in America) meet mountains, painted rock faces and soaring sand dunes. There’s plenty to explore under the heat of the sunlight – this is after all a place where some of the hottest temperatures on earth have been recorded. But as the night air cools the climate, the sky above becomes as pristine as the desert below and stars and the International Space Station are regularly seen.

Located a five-hour drive from the capital of Windhoek, this private reserve not only offers incredible wildlife watching – think springbok, zebras, jackals and spotted hyena – but thanks to its strict minimising of accommodations within its 20,000 square kilometres of land, also some of the darkest skies in the continent. Look out for special astronomy programs at the small lodges within its boundaries where experts interpret the night sky.

The big skies and wide-open spaces of these two isles off the Zealand coast are not only incredible for stargazing, but are synonymous with a slower pace of life too. And not just for human visitors. Birds regularly come in their droves to rest on their migration paths. The meadows and bird hides are famous to twitchers, but with locals making an effort to become a Dark Sky Community and a Park, looking to the skies will soon be a night activity too.