Facing the past: Turkey's Gobekli Tepe and other ancient sites

South-east Turkey is home to some of the most important archaeological discoveries ever, such as the world's oldest temple. We explore the historic and visitor-free region...

The Fertile Crescent. Back at last. I was ﬁrst here in south-eastern Turkey around 12,000 years ago and now I have returned. By “I”, of course, I humbly mean humanity. It’s a strange thing, but it did feel like I was somehow coming full circle. Here in erstwhile Mesopotamia, between the legendary Euphrates and Tigris rivers, is where civilisation began.

But the spot I was standing on, an unassuming archaeological site on a man-made hill near Sanliurfa, puts our existing account of the origins of settled life in the shredder. Göbekli Tepe’s been described as ‘the most important archaeological site in the world.’ It asks big questions about mankind, but I had another inquiry on my mind: why was I the only visitor here? And over the next three days, as I travelled around south-eastern Turkey’s ‘cradle of civilization’, I found myself asking that same question again and again. The art of the ancient: Taking a peak inside a site that’s estimated by some to be 12,000 years old (Shutterstock)

Identiﬁed in 1994 by the late German archaeologist Klaus Schmit, Göbekli Tepe (“Belly Hill”) is estimated by some to be around 12,000 years old. It is the oldest discovered man-made religious structure in the world, more than twice the age of box-fresh Stonehenge. But this arrangement of 10,000kg sculptures pre-dates the domestication of plants and animals by a cool millennium, potential proof that people ﬁrst gathered not to farm, but to pray. The hows and whys have scripted the narratives of several interesting documentaries. To some theorists, aliens are not out of the question. However, I found that the details of this mightiest of history lessons were best related when actually looking down at the humanoid T-shaped megaliths themselves.

Göbekli Tepe and its primeval assembly made me work for their charms. Context is everything: my guide Baki’s words set the Stone Age stage, giving the dusty scene before me a ﬁlmic quality. Then the imagination began to ﬁre. Aliens? Really?

The site now has a walkway that takes you around the ongoing excavations, themselves canopied for protection, although mainly from the weather and certainly not from overtourism. Despite being a site of mind-bending importance, humanity’s ground zero is not over-burdened with visitors. This is more bizarre given that Turkey was the world’s sixth most visited country in 2019, with traveller numbers clocking in around 46million.

When I visited in clement February, the only other person present was kuﬁya-toting Mahmut Yildiz, the former farmer – now custodian – of the land that Göbekli Tepe sits on. He seemed to exude a quiet pride when explaining what he thought of it all  (“...now the world comes to Göbekli Tepe”) although was also somewhat nostalgic for a more hands-on vocation.

As we walked around, Baki put this into context: “If you want a ‘holiday’, go to other parts of Turkey,” he said. “This is a place for intellectuals. The history of civilization is in south-east Turkey!” You don’t need be a scholar though to feel moved by the game-changing stones at Göbekli Tepe.

At the entrance, in the visitor centre, an interactive exhibition helps 21st-century minds see things more clearly. However, I quickly decided that the most enjoyable part of the experience was the view. This is the highest point in any direction for kilometres around. A vast sweep of baked limestone hills and friable earth undulates toward a hazy horizon. It’s accompanied by an insistent, cutting wind, that’s enough to stir the senses: there’s a gravitas and wistfulness to it, catalysed by that viscous mix of history and mystery. Somewhere here lies the secret of how we became who we are.

The anthropomorphic stones are decorated with relief carvings of lions, scorpions and foxes, and are believed to have been chiselled some 6,000 years before the invention of writing. What’s even more confusing is that these curious pray stations were deliberately buried some time after they were built.

It’s a small site, but I needed the best part of a day there. One hour to walk around, then a good few more to contemplate it all.

The tone of the towns in south- eastern Turkey can vary greatly and Sanliurfa (or Urfa), is one marked by a conservative mood. That’s because pilgrims – mainly Shia Muslims – travel from far and wide to visit its holy sites. Prophetic Abraham, the father of monotheism, is said to have been born here in a cave that’s part of a series of important religious sites in Sanliurfa’s ancient centre, giving it the moniker ‘Anatolia’s Jerusalem’.

Most photogenic is Abraham’s Pool, whose lapis-blue waters teem with holy, protected carp. I paid a few lira for some ﬁsh food and watched the ensuing tumult as Baki explained their signiﬁcance in the story of Abraham vs King Nimrod. Equally arresting was the architecture of the 13th-century Halil-ur-Rahman mosque nearby. Touch or drink from the fountain in its courtyard for Allah’s blessing.

Between these sights is a tree-covered park where I took a restorative Turkish tea before braving Urfa’s buzzy bazaar. Here I stopped for a bite of local Urfa kebab: minced lamb’s liver with sweet red pepper ﬂakes, sizzled over coals.

The recently upgraded Sanliurfa Archaeology Museum was an impressive reminder that the Turks do galleries very well. Göbekli Tepe is explained in forensic detail but the star of the show is the Urfa Man, which at 11,000 years old counts itself  as the oldest full-size sculpture of a human being as-yet-discovered.

It was notable again, though, how quiet the place was. It’s no secret that this part of the world has been aﬀected by the Syrian conﬂict; the FCO had until recently warned against all but essential travel. But now travellers are now simply advised to consult the FCO’s travel advice before their trip.

Things are also likely to be further helped by Turkey’s move to exempt all visa requirements for UK tourists. As I took in the neolithic artefacts on the museum’s ground ﬂoor, I found myself resolving to return as soon as the Covid cloud passes. There’s just so much more that I needed to see and understand. 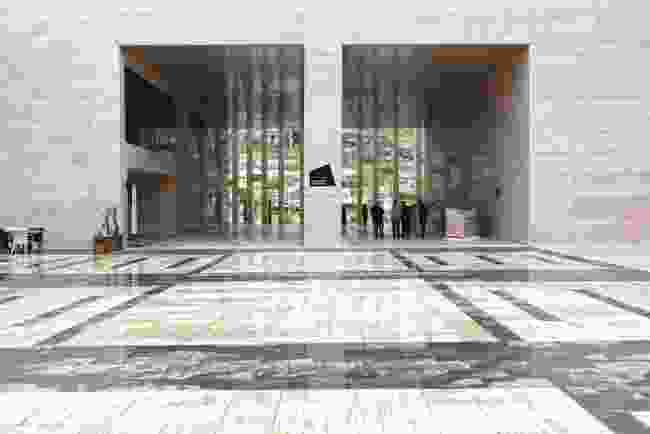 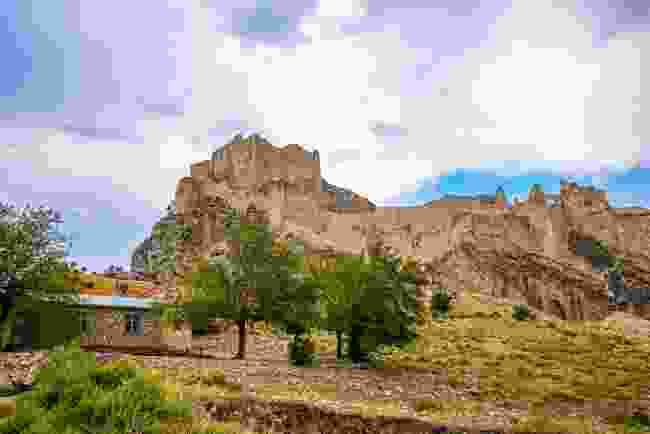 The ﬁrst place on that must-see list would be the kingly burial site atop UNESCO-protected Mount Nemrut, found 90 minutes east of Adiyaman city. The road up the mountain was closed due to heavy snowfall when I visited, but Baki spoke about it in eye-widening detail. Over 2,000m high, this mausoleum belonged to King Antiochus (1BC). He was a minor monarch, in the scheme of things, but had big plans to bring the area’s disparate peoples together. His Nemrut site was part of the propaganda.

The tomb itself remains largely unexcavated, but it’s the east and west platforms below that one comes for. Statues of the gods frown towards those fecund plains below. Even UNESCO was impressed, describing it as: “A highly developed technology was used to build the statues, the equal of which hasn’t been found anywhere else.”

Instead of Nemrut, I visited a host of sites around Adiyaman city, starting in its northern outskirts with the Necropolis of Perrhe, once a city in the 1BC Kingdom of Commagene.

Winding my way through the ruins, I could track the city’s evolution by taking in its theatrical Roman spring, wine-making ‘grape workshop’ and the moody warren of tombs and catacombs cut directly out of the limestone.

We then drove onwards and upwards, past the 2nd-century Cendere Bridge, east to the ancient hillside settlement of Arsameia, once a royal seat of Commagene Kingdom and now sitting within Mount Nemrut National Park. Nearby, dear King Antiochus’ delusions of grandeur are made permanent on  a 10,000kg relief of him and Heracles shaking hands. Its remarkable condition is thanks to it being buried by regular-ish earthquakes. Baki pointed out a deep ﬁssure scribbling its way up the hill, the result of the most recent rumble.

There were once again zero tourists, so I took the opportunity to go barefoot in an attempt to connect that little bit more profoundly. Baki didn’t bat an eyelid. The day’s ﬁnal highlight, though, was derelict Kahta Castle a few kilometres further into the park. Sat implausibly on a vertiginous cliﬀ side, like a fantasy fortress. This time, the lack of visitors was intentional: I was visiting during its restoration, scaling scaﬀolding to get the best look at its vaulted prayer room, dungeon and pigeon station. Finest of all, though, are its view-laden bastions – still standing because they were built and bound with egg-white – where it’s difficult not to feel a little like a Commagene sentinel, surveying the land for foes. The site is mooted to open to the public at the start of 2021.

All that should give you an appetite for lunch at nearby Neşet’in Yeri, which has a leafy terrace on the banks of Euphrates near the vast Ataturk Dam. It was here I got to grips with the region’s cuisine. Countless plates were brought out for us to pick our way through, covering roasted trout served with ﬂatbread; salads with a tangy pomegranate sauce; a yoghurt soup, with bulgar wheat and aubergine called meyir; kebabs of every variety, including local çiğ köfte (raw lamb meatballs); and lahmacun, the local lamb-mince pizza. All this was washed down – in lieu of booze – with a fermented turnip juice called salgam. And, of course, maraş dondurması, a cheesy goat’s milk ice-cream. A culinary banquet to rival its cultural one.

The only thing missing was the other travellers, although in truth I’d stopped asking where they were and revelled in the hushed, weighty atmosphere of the place instead. Watching the Euphrates gently ﬂow by, I wondered how it was possible to feel nostalgic for a place I’d never been to before. The greatest and oldest of stories is an aﬀecting thing. Rather civilised too.

The author was a guest of the Ministry of Culture and Tourism on a four-night trip through south-east Turkey covering sites in and around Sanliurfa, Adiyaman and Gaziantep. Tour operator Travel The Unknown (020 7183 6371) has three specialist itineraries through south-east Turkey. The 6-day Eastern Turkey Snapshot covers the destinations the author visited; international flights not included.

April-May & September-October: The shoulder seasons are pleasantly warm, with temperatures of 20°C-30°C, so are typically the  best times to visit Turkey’s array of ancient sites.
June-August: High season and hot (above 30°C in Ankara).
November-March: Can get quite cold (4-15°C), however, despite the temperatures, these winter months can be the best time to explore the sites, as they’re far less busy.

Visit www.fitfortravel.nhs.uk to see which vaccines you specifically may need. Travellers should be up to date with routine vaccination courses and boosters as recommended in the UK, such as the MMR vaccination.

Getting there and around

Virtually the whole of Turkey is well covered by public transport. Car rental rates are reasonable if you look around, and low-season rentals are usually considerably cheaper than in high season.

Turkey is inexpensive and good value. Costs for food, accommodation and transport are comparatively low, although the cost of a taxi in Turkey is significantly more than public transportation.

The Nevali Hotel (Sanliurfa; from £40) has some of the best views of the city from its top-floor restaurant.
The Grand Isias Hotel (Adiyaman, from £38) has simple rooms, with an indoor pool, Turkish bath, restaurant and bar. (website in Turkish).
The Divan Hotel (Gaziantep) in is centrally located, making it ideal for exploring the oldest parts of the city.

At Gobekli Tepe,  there a tiny café immediately next to the site, should you, like the author, require a little whetting before walking the site for a second time.