Our lockdown travel writing competition – on the ‘kindness of strangers’ – attracted hundreds of entries. After much deliberation, here are your joint winners. Congratulations to both Alison and Matthew!

“Remind me again why this is a good idea?!” I gasped, kicking up a dense cloud of dust that lingered ominously in the impossibly still summer air. I turned my head, wiping thick beads of sweat from my forehead and hoping to be rewarded with a view across the red-tiled rooftops and delicate minarets of Prizren, the charming second city of Kosovo. This hope rapidly crumpled into dismay, as I realised we hadn’t even broken through the treeline.

My partner and I had arrived in the city a few hours earlier, in the midst of a blistering Balkan heatwave. We now found ourselves barely a third of the way up the steep path towards the medieval Kalaja Fortress, whose crumbling walls tower over Prizren’s cobbled streets. The setting could hardly be more spectacular – the fortress faces oﬀ against the immense peaks of the Sharr Mountains, and from ground level it looks deceptively close.

The disappointment at realising that we were nowhere near reaching Kalaja was palpable. Despite the surrounding trees, the path was somehow bathed in the scorching sun, and there was seemingly no escape from the heat. Determined not to let our eﬀorts go to waste, we pressed slowly on, gritting our teeth as groups of local children raced eﬀortlessly past us.

Just as another false summit dashed our hopes that the end was in sight, we turned a corner and saw a house standing in perfect isolation. There was nothing particularly remarkable about it, we thought, until a voice called out – in almost perfect English – from inside. The wrought iron gate creaked aside, and out stepped an amiable-looking gentleman, dressed in a casual combination of ﬂip-ﬂops, shorts, and – appropriately for the sweltering heat – a colourful Hawaiian shirt.

We were a little bewildered to spot that he was carrying an industrial-sized garden hose in his muddy, leathery hands. However, our confusion quickly turned to overwhelming gratitude when, without so much as introducing himself, he ﬂashed a crooked grin and started the ﬂow of water, insisting that we cool ourselves oﬀ before even thinking about continuing our climb. This intervention could not have come at a more perfect time. The relentless heat had already taken its toll on our patience, and the hike was becoming an exercise in stubborn endurance rather than an enjoyable afternoon of exploring.

Our hose-carrying hero was so single minded in his determination to warmly welcome us to his city and provide some much-needed relief from the baking sun, that we never did ﬁnd out his name. However, our brief encounter provided us with far more than just an anonymous splash of water – we still look back on this as one of the most welcoming introductions that we’ve experienced on our travels. It hammered home the impact that even the smallest gesture can have on someone’s day, and we left with renewed energy for our ﬁnal push to the fortress. It was, we were reliably informed, just around the next bend. 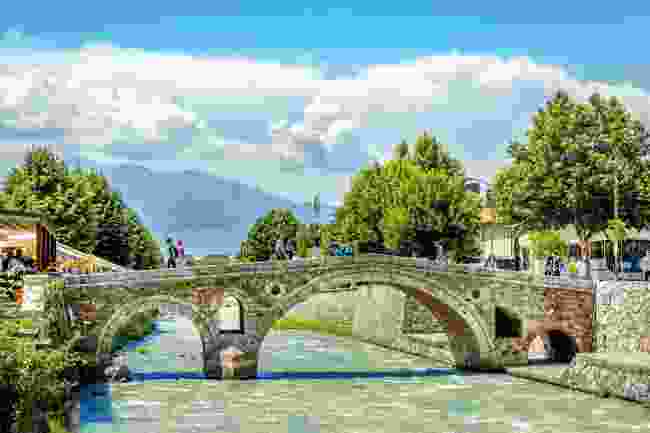 Welcome to the longhouse

The Iban Longhouse in Malaysian Borneo certainly lived up to its name. The whole community lived in one expansive space; individual family sections de-marked with handwoven reed mats and a cacophony of hanging pots, tools and well worn items of once-colourful clothing. Numerous small dogs, with surely the same family lineage, sprawled recklessly on the ﬂoor enjoying the warm shafts of sunlight that penetrated the shadowy interior.

The residents quickly arrived to welcome us, providing us with a short tour of their jungle home. Following this, we were invited to sit down on the ﬂoor and meet with some of the elders. Cross legged and waiting with anticipation, each member of the circle was given a mismatched glass to drink from and one of our hosts poured a large shot of clear liquid for each of us. Despite my reservations I joined everyone – including our Muslim guide – in knocking back my alcohol.

‘It would be impolite to refuse, and anyway, no one enforces the rules in the jungle,” he coyly oﬀered in way of an explanation.

The potent liquid, which transpired to be rice wine, burned the back of my throat, and my face evidently gave away my mild discomfort. Our hosts laughed heartily, most revealing mouths only half full of brown stained teeth. With only gestures necessary to convey his meaning, the man with the bottle oﬀered us a top-up.

I politely declined but my husband thanked him with a returned smile and allowed him to ﬁll up his glass. The beaming smiles spread around the circle, “They are happy because if you have another drink, then they can have one,” explained the guide. The happiness ﬂowed.

Opposite me sat an apparently ancient, wizened blind man whose hand was constantly being held by his younger companion. The younger man spoke quietly to him, which served to keep him involved in the important occasion of receiving visitors and cracking open the rice wine. The aged man whispered something into his friend’s ear, which was communicated back to us. He wanted to get to know us better, and please could he hold my hand?

Happily agreeing, I moved forward and held out my hand towards his. He grasped it ﬁrmly – the strength of his younger self having not completely left his grip. We held on longer than would usually feel comfortable with someone you don’t know, giving the opportunity for him to see with his hands. His chestnut brown skin felt rough and leathery, decades of physical work etched into the many lines and folds. I wondered what he thought of my hands, soft and smooth with long painted nails.

Maybe he was used to holding the hands of strangers during these wonderful welcomes that his community oﬀered to its visitors? I hoped that it was as unique for him as it was to me. 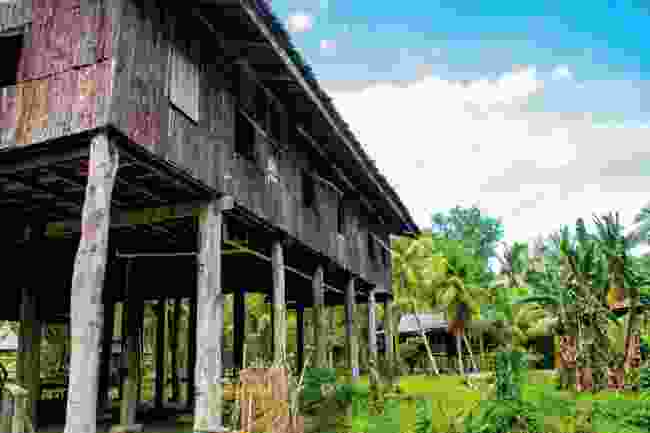