Travel vaccinations: which ones you really do need and how to cut the cost

Immunisations can now be a significant part of the cost of any trip, so it pays to know the risks you face and whether they’re worth the fees, says Dr Jane Wilson-Howarth.

Travellers getting ready for their next big trip inevitably face the big - and sometimes expensive - vaccine question. But there is scope for saving money on your jabs by knowing more and looking closer at some of the diseases that loom out there...

Cholera is in the news again because it is killing many in war-torn Yemen. Infection, especially in the malnourished and debilitated, causes a profuse outpouring of bodily fluids, and patients die rapidly from dehydration. But while outbreaks occur in many low-income areas, cholera tends to only strike the poor and hungry.

Years ago, many tropical countries demanded certification that visitors had been immunised against cholera. Research showed though, that such precautions actually did nothing to control outbreaks and that certification should no longer be demanded.

These days, some private travel clinics offer a cholera vaccine to their clients called Dukoral. This is a blackcurrant-flavoured fizzy drink containing four strains of killed whole cholera bacteria and cholera toxin (in inactivated form). The latter component is the one responsible for the outpouring of fluids from the bowel in sufferers, so blocking attachment of this toxin to the bowel wall is thus protective.

But, in my opinion, few travellers - even backpackers - are at significant risk. One study suggested that 98% of people swallowing food or water contaminated with cholera vibrios (very energetic bacteria) would experience no symptoms whatsoever. It has also been estimated that there are only around two cholera cases per million travellers, and just six cases are treated in England and Wales annually.

The toxin produced by enterotoxigenic Escherichia coli (ETEC) antigen also causes profuse watery diarrhoea and seems to behave in such a similar way to cholera toxin that it was predicted that the vaccine would provide protection against the worst ETEC infections, too.

However, in real clinical trials conducted on ordinary travellers, the results are rather disappointing. Such research is difficult to do well but it did suggest there was no statistically significant protection against diarrhoea, and travellers taking the vaccine actually vomited more than those who didn't.

The diarrhoea-preventing efficacy of the vaccine seemed to be better in citizens of Bangladesh, where a 67% protective effect has been shown in tests that used a precursor to Dukoral. This points to the fact that several factors control susceptibility to ETEC, including the amount and range of contamination. In any case, the slight protection that Dukoral offers against ETEC only lasts about three months, making it a costly addition (around £60 for two doses) to each trip.

In Britain (and the US), the evidence is insufficiently strong for the vaccine to be licenced for ETEC prevention, although some commercial travel clinics still offer it nevertheless. But regardless of whether you have taken the vaccine or not, it is still crucial to drink plenty of clear fluids if profuse watery diarrhoea begins. Two large glasses of a sugary drink after each bowel action is a good guide to quantity.

Although ETEC prevention is marginal, the Dukoral vaccine has been shown to give around 80% protection against cholera in Bangladesh, Mozambique and Zanzibar (Tanzania), lasting up to around two years. But, again, in my opinion, for anyone other than aid/relief workers, who may be exposed for long periods, buying this vaccine offers very poor protection for its cost.

Unless you are frail or already ill, or visiting friends or relations in low-income tropical settings, I would not recommend its use. 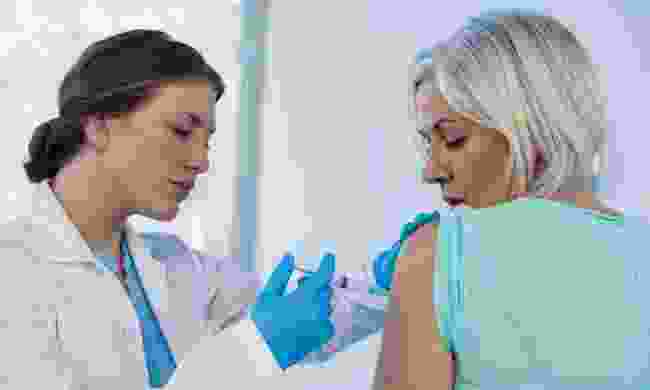 The typhoid injection, developed in the late 1800s, was the first travel jab, and is available for free via NHS GPs. Generally, people receive an intramuscular injection that requires boosting every three years, and which usually causes a bit of a sore arm.

But there is now also an oral vaccine, which not only doesn't hurt but gives wider protection, preventing both typhoid and paratyphoid fevers.

Both these diseases behave similarly and, if untreated, kill up to 20% of victims. About 200 cases of each are imported into England and Wales annually, and most are contracted from the Indian subcontinent, the Middle East and tropical Latin America.

The oral course involves taking three capsules on alternate days, but these need to be kept cool between collection from the pharmacy and being swallowed. This form of the vaccine does have the disadvantage of needing to be boosted annually, but I reckon this is the better option given that paratyphoid can be a very nasty infection.

Vaccines are becoming ever purer but the number available is growing, costing travellers more. Check out the excellent non-commercial NHS travel site (fitfortravel.nhs.uk) and research what vaccines are relevant to you, so that you can debate with the immunising nurse about what you do and don't need.

Remember that immunisation against hepatitis A, typhoid and diphtheria/pertsussis/tetanus (often combined in one jab) are available for free from your GP practice nurse, so book with them first. If you're lacking time, then travel clinics can also provide a great service and are generally good at 'accelerated schedules' of immunisation.