7 things to do in Loch Lomond & The Trossachs National Park

From flowing waterfalls to wallaby sightings, Loch Lomond & The Trossachs National Park really does have it all. Here’s our rundown of essential things to do in this beautiful part of Scotland... 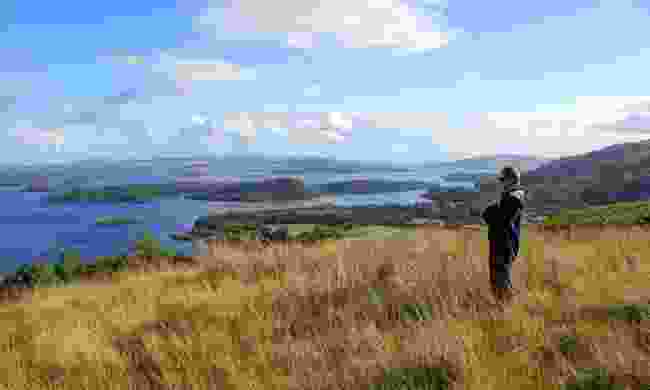 Whether you’re a seasoned hiker or much prefer to amble at your own pace, Loch Lomond boasts hundreds of walking trails suitable for all ages and abilities.

The national park’s outstanding beauty is something best explored by foot – and with plentiful short walks, nature trails, hills and munros to explore, there’s no time like to present to dig out those walking boots and get exploring.

Check out the best walks in Loch Lomond & The Trossachs here

2. Visit the quaint village of Luss 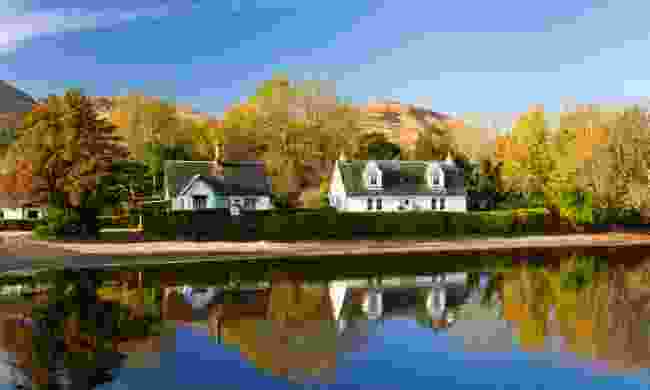 Houses on the river bank in the village of Luss, Scotland (Shutterstock)

This picture perfect conservation village should definitely be high up on your list of things to do while visiting Loch Lomond.

Chocolate box-esque cottages, cosy pubs, local restaurants and independent shops run through the centre of this once ancient settlement, which is flanked by sandy strands of coastline, pristine backdrops and the famous Luss Pier.

Those wishing to explore Luss by water can take the 90-minute circular cruise which navigates around its surrounding islands. The Capercaille cruises across the loch, delving into the depths of the village’s history as mass producers of cotton and slate, while encountering plenty of wildlife en route. 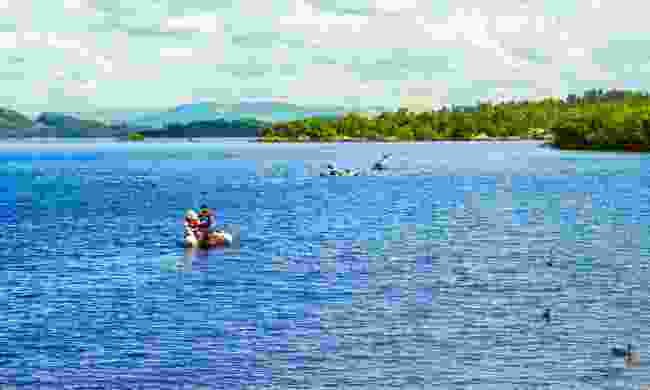 Those looking to explore the waters of Loch Lomond with an added kick of adrenaline should look no further than Loch Lomond Leisure.

Also located on the shores of Luss, thrill seekers can partake in a whole range of water sports, trying everything from water skiing, kayaking and paddleboarding.

4. Hop over to Inchconnachan to spot wallabies 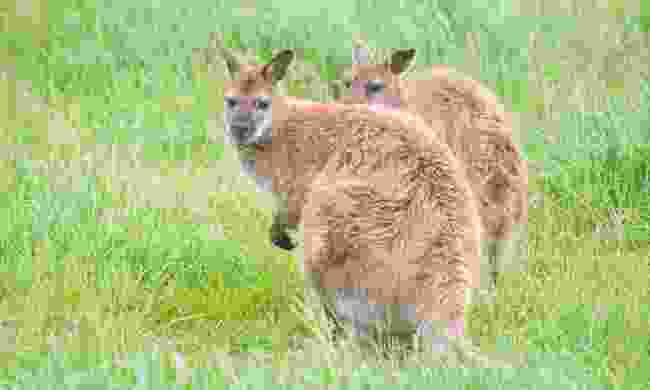 Wallabies spotted on the island of Inchconnachan, Scotland (Dreamstime)

Who’d have thought these Aussie natives would live on a remote island in Loch Lomond, of all places?

Introduced to Scotland shortly after WWII by eccentric animal lover Fiona Bryde Colquhoun (Countess of Arran), these wallabies roam freely on the beautiful island of Inchconnachan and have been popular with tourists for over 70 years.

It’s not just wallabies roaming the island. Inchconnachan is also one of the main areas to spot Scotland’s native capercaillie, also known as the wood grouse.

(Be aware that there is no direct passenger route to Inchconnachan – visitors will need to hire a speed boat or kayak.)

5. Explore the Falls of Dochart in Killin 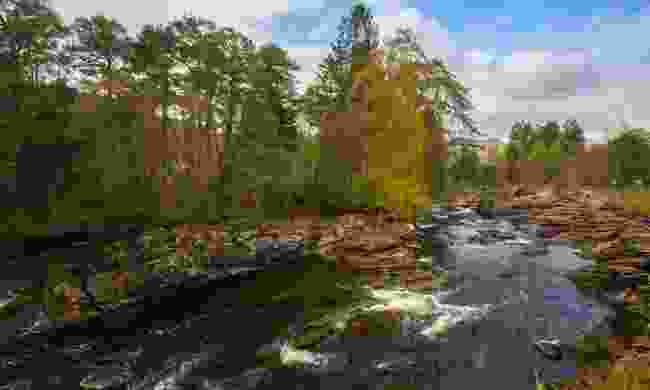 The Falls of Dochart in the village of Killin, Scotland (Dreamstime)

Situated in the far north-eastern tip of The Trossachs National Park is Killin, a charming village with a modest population of less than 700 people. Killin is a popular pit stop for many of Loch Lomond’s walks and cycle routes, but its centrepiece is a scenic waterfall.

The white, misty waters of the Falls of Dochart flow through the centre of the village and around the Clan Macnab burial ground on the small island of Inchbuie, accessible from gated steps on the Dochart Bridge. 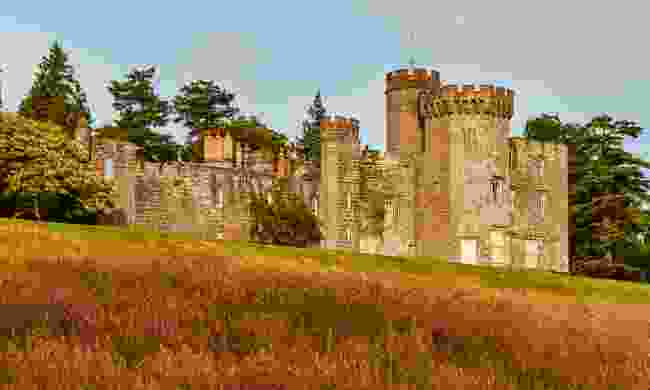 Balloch, often referred to as the gateway to Loch Lomond, is a delightful village on the south of the national park.

It’s easy to see why so many people enjoy visiting Balloch. Not only is it just a 30-minute drive from central Glasgow, it also prides itself on its own country park featuring 200 acres of trails, gardens, shores and the 13th century Balloch Castle.

Visitors to Balloch Country Park can marvel in spectacular views across the Loch, the array of wildlife and energetic walking routes through its magnificently kept woodlands. 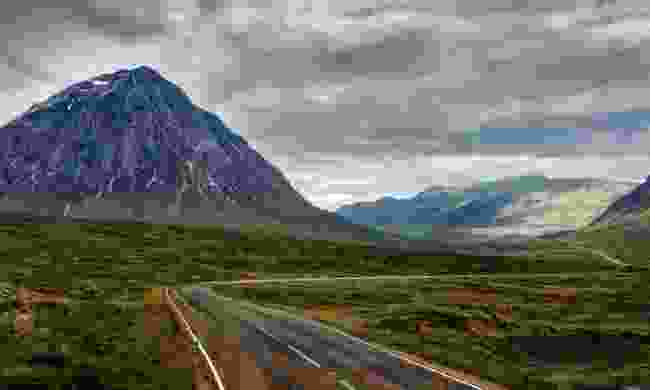 The dramatic A82 winding across the bottom of Ben Lomond, Scotland (Shutterstock)

Any Scottish visit wouldn’t be complete without a road trip – and the A82 on Loch Lomond’s west side offers one of Scotland’s finest routes.

Key stop-offs include the luxury resort of Cameron House (the base for Scotland’s only seaplane service) and Inverbeg for fantastic views across the landscape of Ben Lomond, while the passage through Tarbet, served by the West Highland railway line, is regularly voted as one of the most scenic rail journeys in the world. 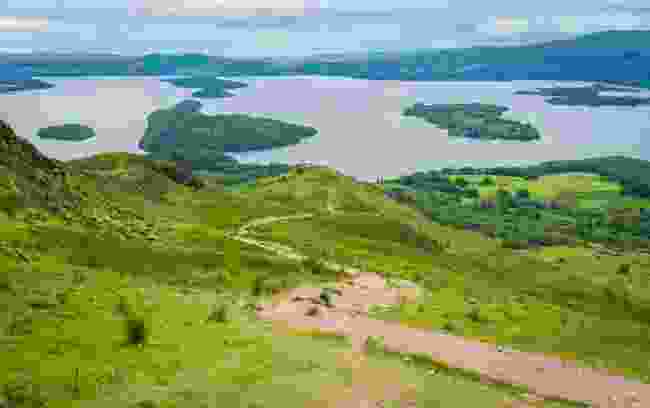