Encased by a circle of snow-capped peaks, you’d be forgiven for thinking Saas Fee is just for winter adventures. But the village in Valais offers a wealth of activities all year round. Here are just 10... 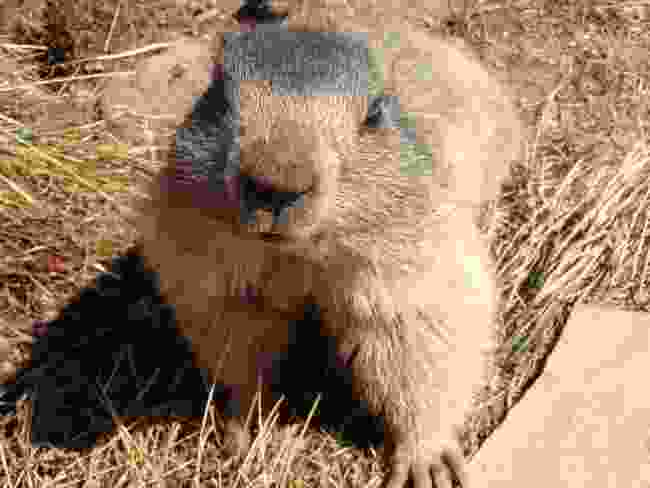 Every April, these gentle, giant rodents emerge from their underground burrows to bask in the sunshine and fatten up for their winter hibernation. Head up to Spielboden (2,448m) on the cable car to embark on the 45-minute Marmot Trail where you can feed the characterful marmots with carrots and monkey nuts. They can be seen here all summer long until the snow comes, when they bury themselves back underground again for winter. While on the trail, be sure to stop and appreciate the view. From this vantage point, you get a bird’s eye view of the village as small as a toy town below, with the glacier glistening grey above it. 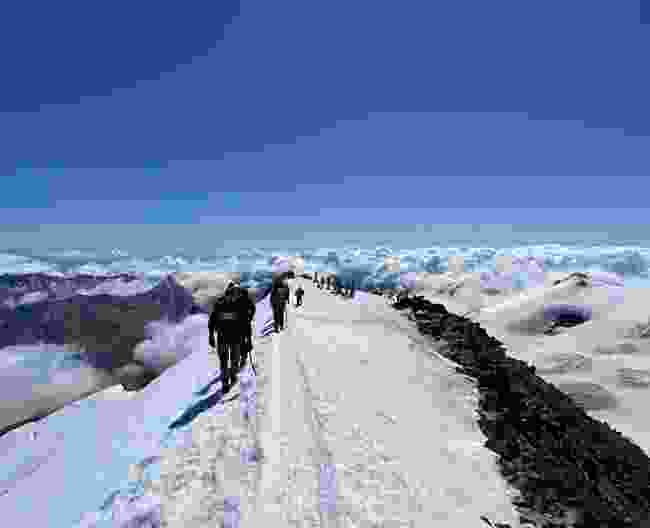 With imposing mountains on all sides, you’ll soon feel the pull of the peaks in Saas Fee, and the warmer months are the perfect time to challenge yourself with a climb to the top. Allalinhorn, at 4,027m may sound daunting, but almost anyone can do it with the help of a local UIAGM mountain guide.

The adventure starts before the climb as you ride the cable car and Alpine Metro – the world’s highest funicular – to Mittelallalin at 3,457m. From here, you’ll get a good view of Allalinhorn’s snowy crown, glistening in the sun. Strap on your crampons and start the ascent, pausing half-way to admire views of the Matterhorn, Mont Blanc and Monte Rosa.

It will take you around two hours to reach the peak, where you walk along a narrow path of rock to reach the cross at the top. From this height, it’s hard to tell the clouds from the snowy peaks, but knowing you are standing above both is an exhilarating feeling. Admire the Matterhorn and Mont Blanc from a different angle before starting your descent.

3. Whizz around the via ferrata 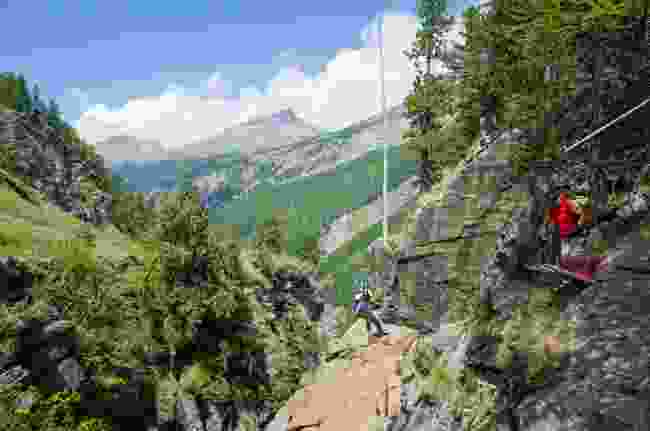 Starting in Saas Fee, this Tarzan-esque route will take you climbing, swinging, ziplining and abseiling across the Fee Ravine until you reach Saas-Grund, some three hours later. A local expert guide will lead you through the Gorge Alpine course, where you will climb across the cliffs using metal pegs, brave wobbly suspension bridges, and at one point, even make a daring rope swing to leap from one side of the ravine to the other. It may not be the most direct route, but it is certainly a scenic one so be sure to stop and soak up the views of the waterfalls, the chalky water frothing far below you, and the backdrop of the green mountains. The adventure ends in the middle of a fairytale forests, where you’ll weave between huge moss-covered rocks and emerald foliage to reach Saas-Grund.

4. Walk around the Mattmark barrier lake 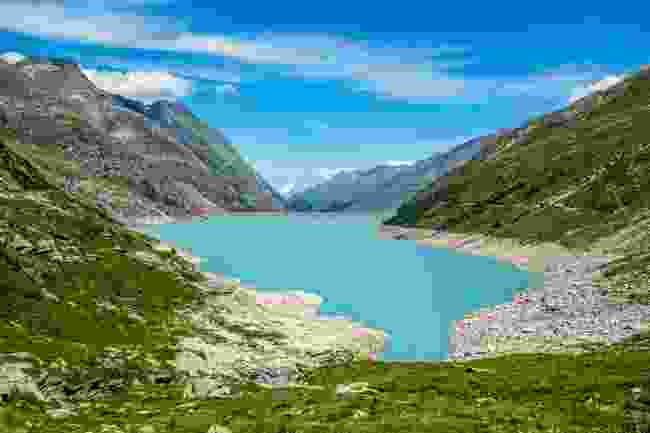 The Mattmark dam is the largest earth dam in Europe (Shutterstock)

At 2,200m, the Mattmark dam is the largest earth dam in Europe. Not only is it used to generate clean electricity for the village, it offers up some scenic hiking trails, too. The 8km trail around the lake will take you on a gentle walk of the water’s edge in around two-and-a-half hours where you can drink in views of the surrounding slopes that plunge into the icy blue water. At the end of your walk, refuel at the Mattmark Restaurant and eat out on the terrace to look out at the reservoir and the Monte Moro Pass. 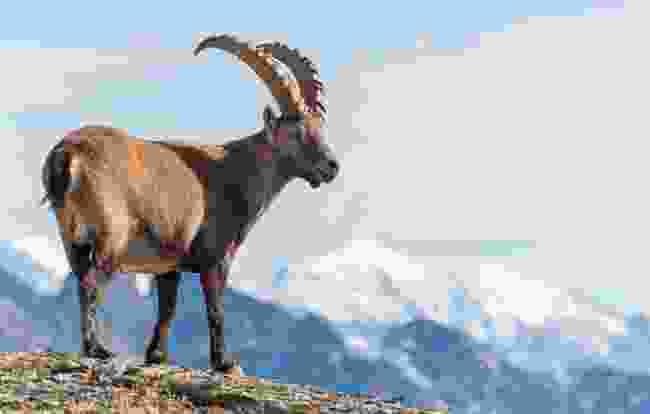 Look out for the iconic wild goats (Shutterstock)

In the summer months, the green mountains are alive with wildlife including the ibex with their long horns. To spot these wild goats, head up to the Tanning gondola station to walk to Mällig, coming down the other side towards Sans-Fee village. The 10km route will take you around four hours giving plenty of time for ibex spotting.

Keep your eyes peeled along the first half of the hike in particular, when the magnificent ibex with their curved horns can often be spotted close enough to take a good picture. As well as the goats, there’s a good chance of seeing birds of prey gliding above. Be sure to savour the view, too. You’ll scale four mini peaks along the walk from where you can see the many mountains surrounding Saas-Fee including the Dom, the highest peak entirely in Switzerland at 4,545m. The route ends with a stroll in a shady pine forest before you emerge in the heart of Saas-Fee village.

6. Sledge the slopes by moonlight 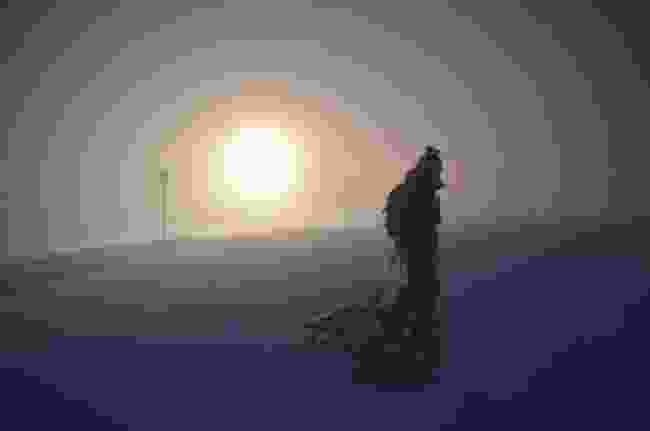 Don a head torch, grab a sledge and head out to explore the slopes by moonlight. Hop in the cable car to Hannig (2,340m) to enjoy a six kilometre ride that takes you all the way to the glacier. Alternatively, visit nearby Saas-Grund to try the longer 11km run from Kreuzboden into the village below or Saas-Almagell’s three kilometre rise from Furggstalden to Almagell. Whatever slope you choose, midnight sledging is a magical winter activity that you won’t forget in a hurry.

7. Snowshoe on the Fee Glacier 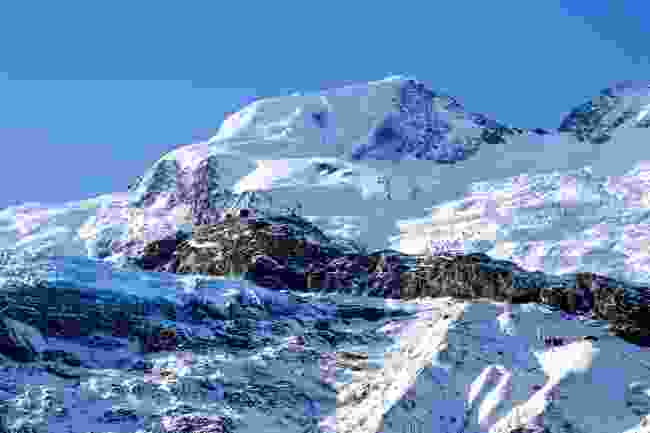 Strap on some snowshoes to explore the glacier (Shutterstock)

Saas Fee’s glacier is an otherworldly sight, so strap on your snowshoes to feel the giant ice pack beneath your feet. Head to the Längfluh mountain station with your guide and start your ascent of the glacier, passing glistening seracs, and plunging crevasses along the way. Eventually, you’ll make it to the highest point, the Panoramaplatz, where you’ll be rewarded for your efforts with the sight of the sun’s reflection turning the surface to diamonds. 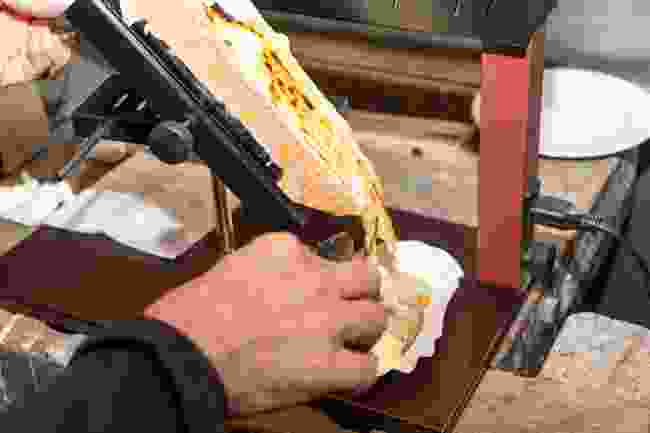 When the temperatures dip, the appetite for raclette increases (Shutterstock)

Did you know that there are 1,815 tonnes of raclette in the Valais region? This traditional must eat was discovered by accident when someone placed the cheese too close to the fire and it started to drip. The mistake has been delighting locals and travellers alike ever since, and pairs perfectly with a glass or two of the locally produced red wine. After a day on the mountains, head to a restaurant to order the cheesy dish alongside boiled potatoes, gherkins and silverskin onions. 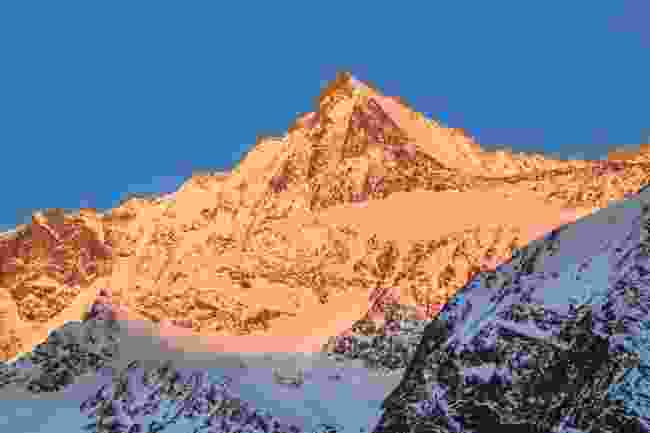 Watch the sun rise over the mountains (Shutterstock)

It may be cold out on the slopes so early in the morning in winter, but the highest revolving restaurant in the world at 3,500m above sea level will offer you a warm welcome. The Allalin restaurant offers a cosy place for breakfast and a steaming cup of coffee and, more importantly, incredible views of the Mischabel chain. Take a seat by the window and watch the mountains shift into view, their peaks glowing a reddish white under the marmalade-coloured morning sky. In one hour, the restaurant will have turned a full 360 degrees, so you can see the panoramic view from every angle. 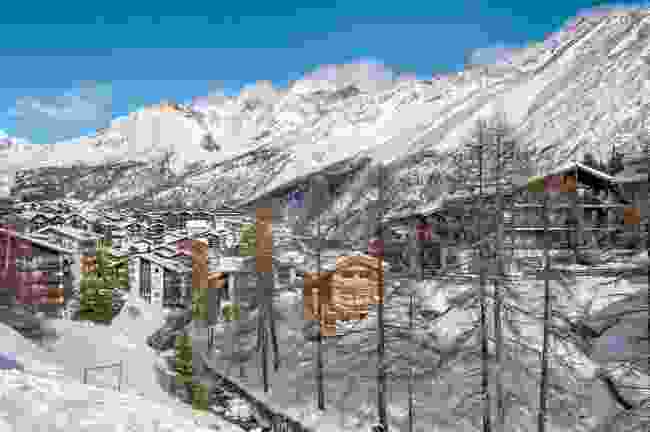 Is there anything quite like wrapping up warm for a winter walk? Heading out for a stroll in Saas-Fee, surrounded by snow-covered villages that look like they have been ripped straight from a Christmas film, makes for a festive experience. With 60km of winter hiking trails to choose from, you’re spoilt for choice in Saas-Fee. One easy option is the almost 8km circular route that leads through the valley. You’ll start at Saas-Balen village square following the road that leads to the Saaser Vispa river. From here, you’ll pass the Bidermatten hamlet before crossing a pair of bridges to Tamatten. Eventually, you’ll arrive in Saas-Grund before entering the village of Saad Fee. Then you can walk through Boden hamlet and onto Saas-Almagell. In each of the villages, you can admire the traditional chalets and churches, their roofs sprinkled by snow and sheltered by the mountains that loom large on every side. Be sure to keep an eye out for the Starden. These listed structures are almost 300 years old and used to be used as fridges. Built from larch wood and balanced on granite stilts to allow the air to circulate and to keep mice out, the clever buildings never reach more than 14 degrees Celsius.