Food served in toilets. Meals garnished with penises. What were these restaurateurs thinking?

You sit on toilets and your food is brought to you in mini-toilets. The first question your waiter asks is 'Pee-pee or poo poo?'

But that's not the weirdest thing about the Modern Toilet restaurant. It's that they have 12 branches across Taiwan and have expanded into Japan and Hong Kong.

Oh, and in case you're interested, they're currently hiring. 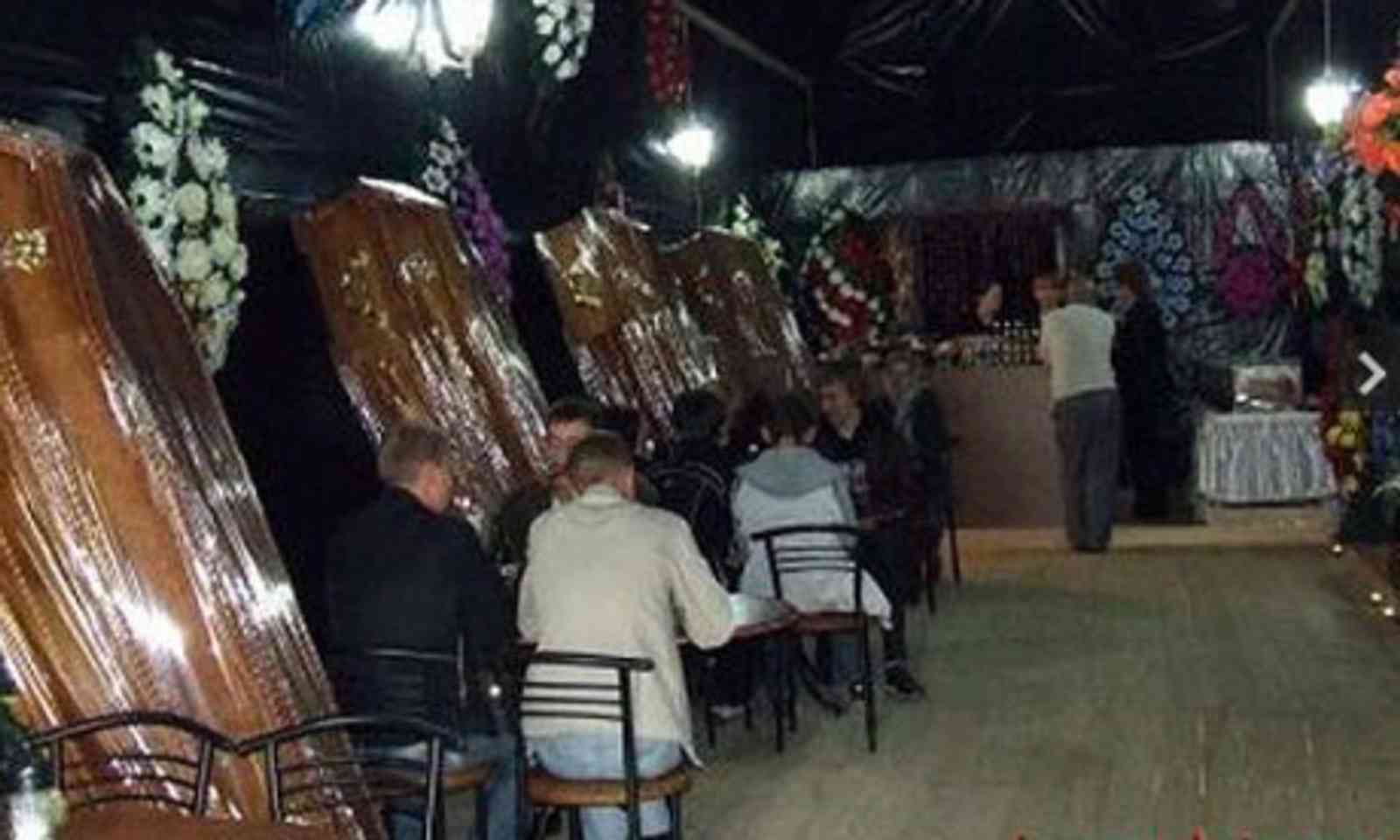 Set in the world's biggest coffin, the Eternity Restaurant is the perfect setting for your last supper. Its owner, Stepan Pyrianyk, is the local undertaker as well.

The restaurant is decorated with funereal paraphernalia, including coffins and wreaths awaiting their new owners. The menu includes "Nine Day" and "Forty Day" salads – named after Ukrainian mourning rituals – and an ominous-sounding dish called "Let's meet in paradise". Single candles on the tables add to the sombre mood.

Stepan Pyrianyk reckons the project will bring tourists to Truskavets. And with a bit of luck, some new clients too. 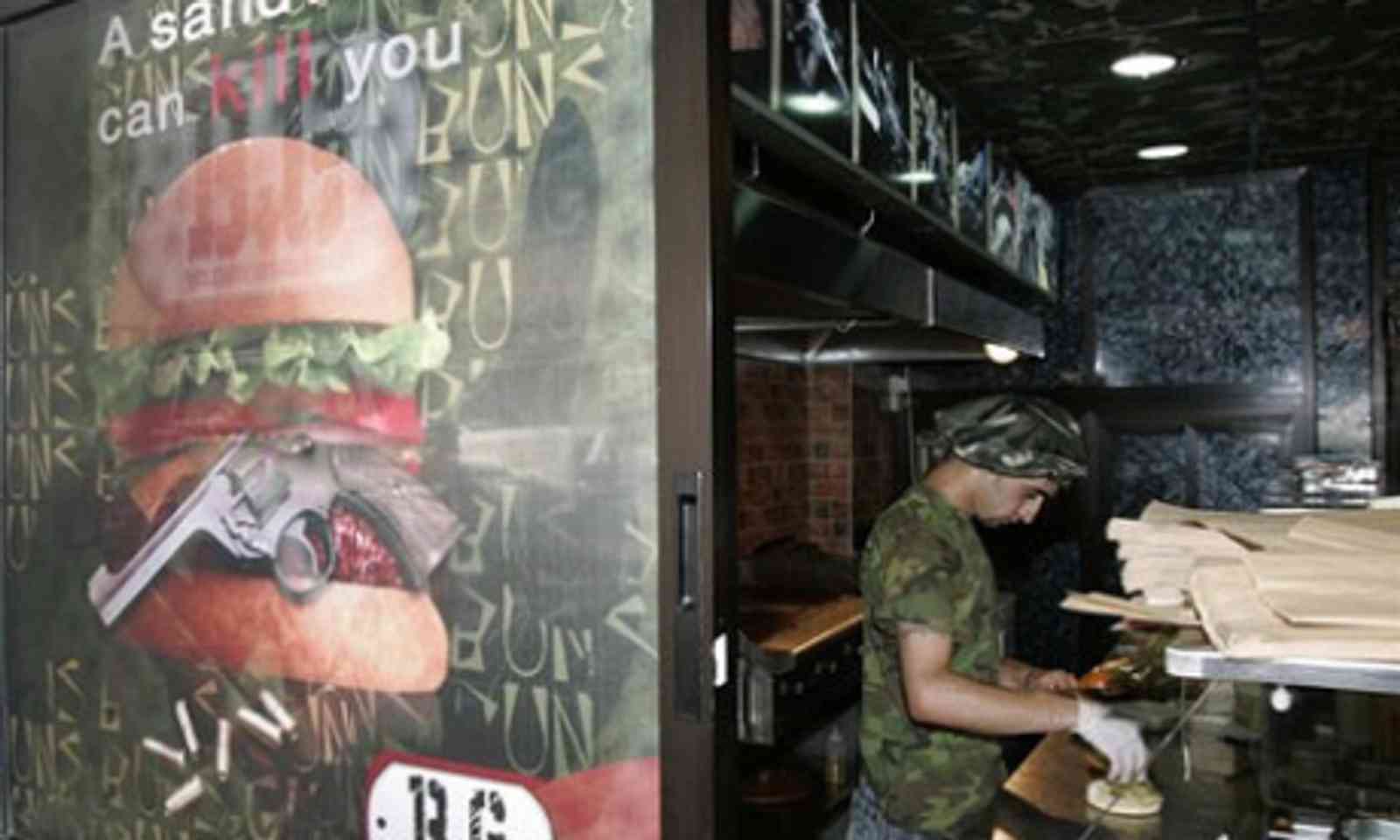 The stated aim of this military themed restaurant in Beirut is to reflect the mood of the city during Lebanon's war with Israel in 2006. Hence the helicopter sounds played constantly in the background and the menu listing an M16 Carbine meat sandwich, a Mortar burger and a Terrorist meal (vegetarian).

Before you can answer your question of 'Why?' you'll spot the sign over the entrance stating “Sandwiches Can Kill You” and change it to 'How?' 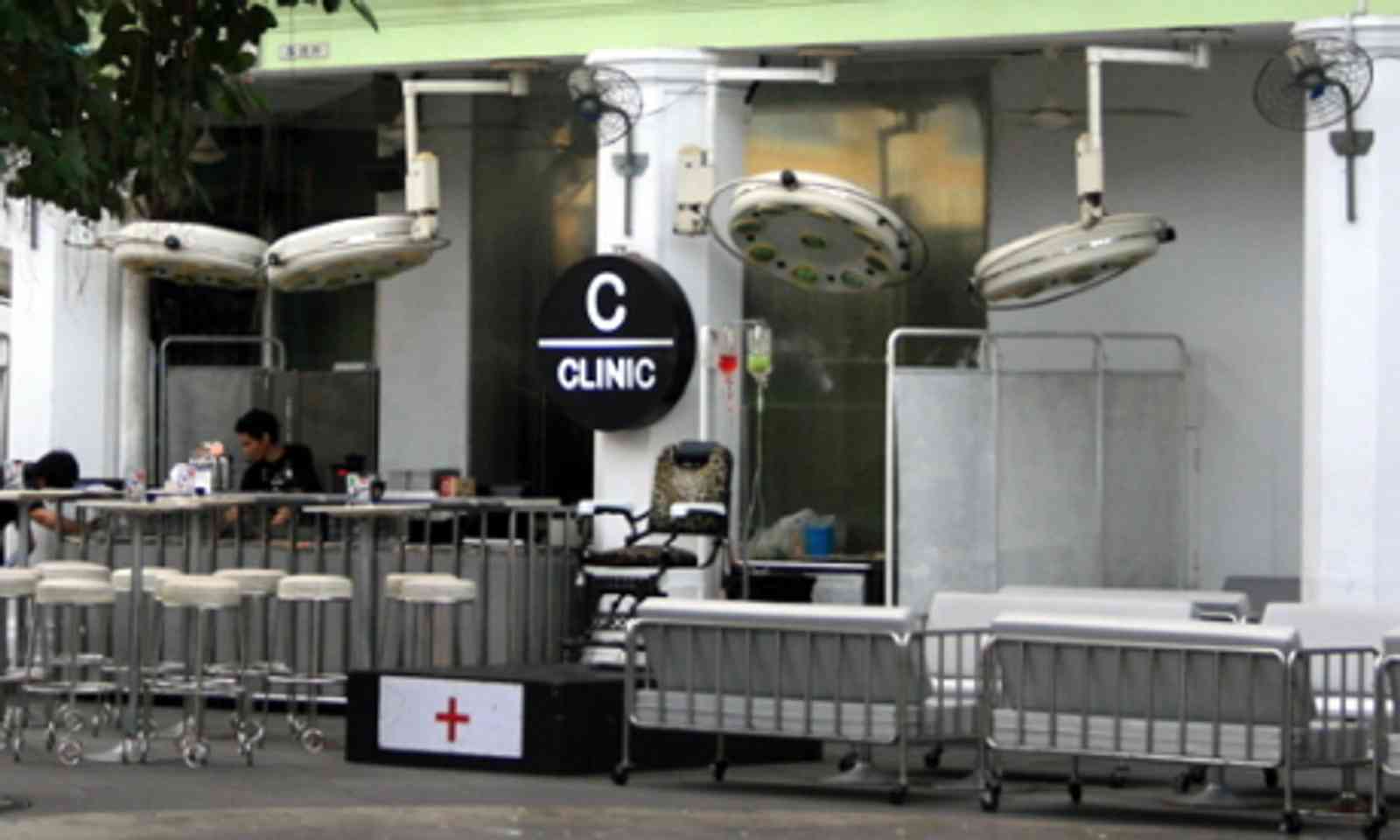 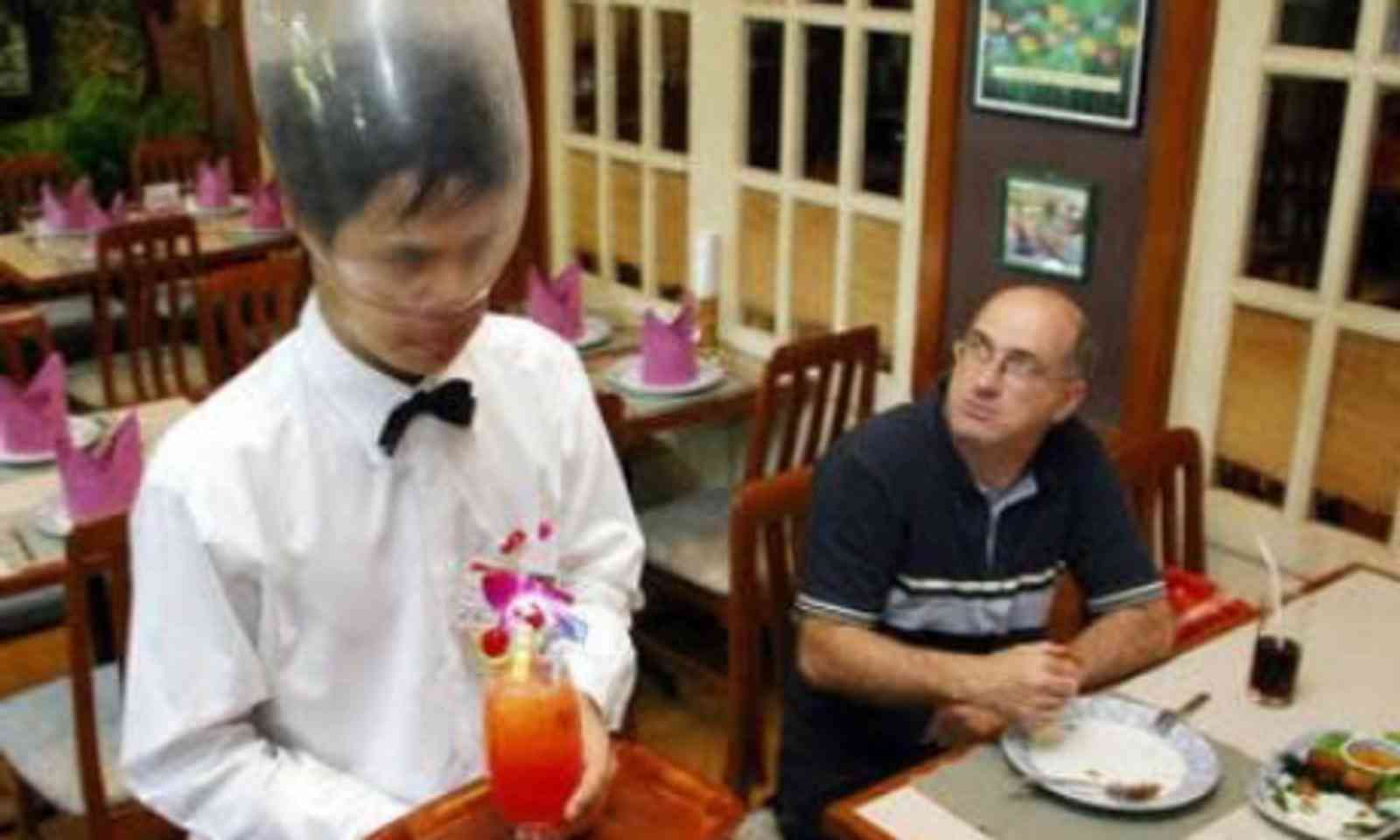 Is Cabbages and Condoms the best ever restaurant to go for a first date? Not only do staff promote the health and safety aspects of condom use in a fun and amusing manner, the food served 'is guaranteed not to cause pregnancy.'

Could it be the sight of a waiter with a condom over his head means you'll never get another date, let alone to first base? 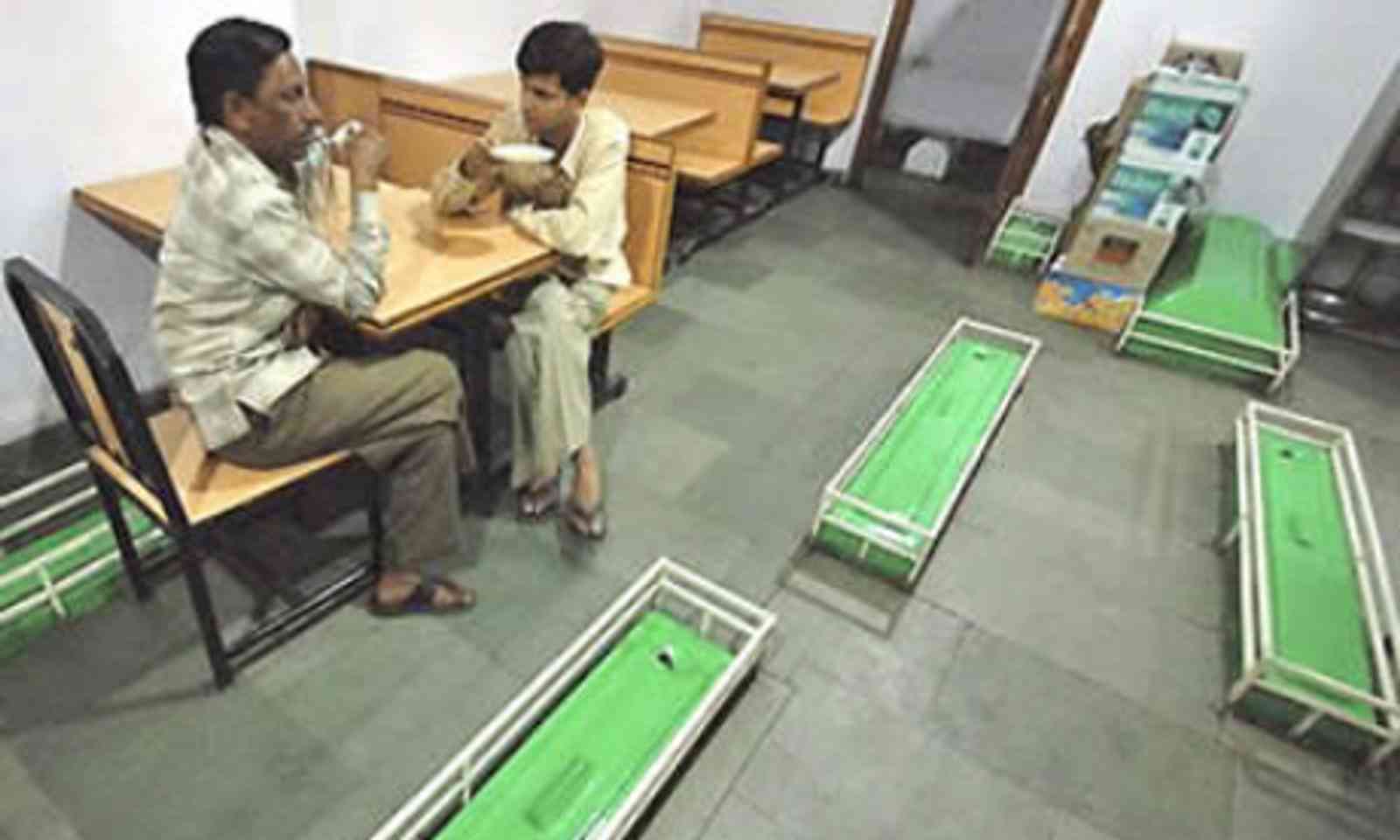 Known locally as the 'graveyard restaurant', this cafe in the Indian city of Ahmadabad is built over a centuries-old Muslim cemetary. The graves aren't hidden under floorboards either. They're shin high, painted green and between the tables. The owner decorates each of them with a single flower every morning.

The cafe has been operating for close to 40 years and its owner, Krishan Kutti Nasr has sworn to take the secret of his success to the grave. 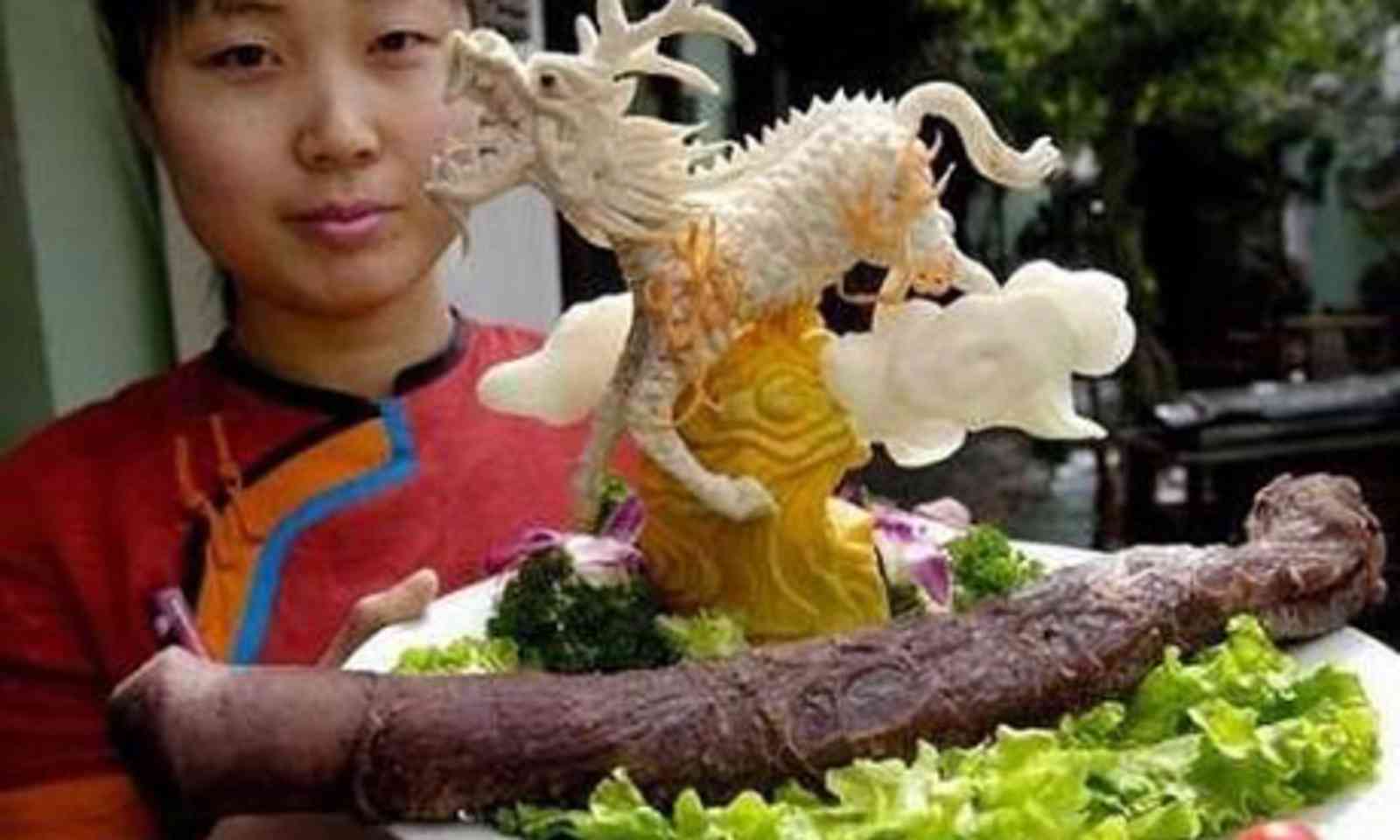 Not an establishment for those who believe you are what you eat. Nearly every dish served at the Guolizhaung is served with a penis. Dog, yak, donkey or seal – take your pick. And if it's not on the menu, a member of staff can pop out and get it for you. 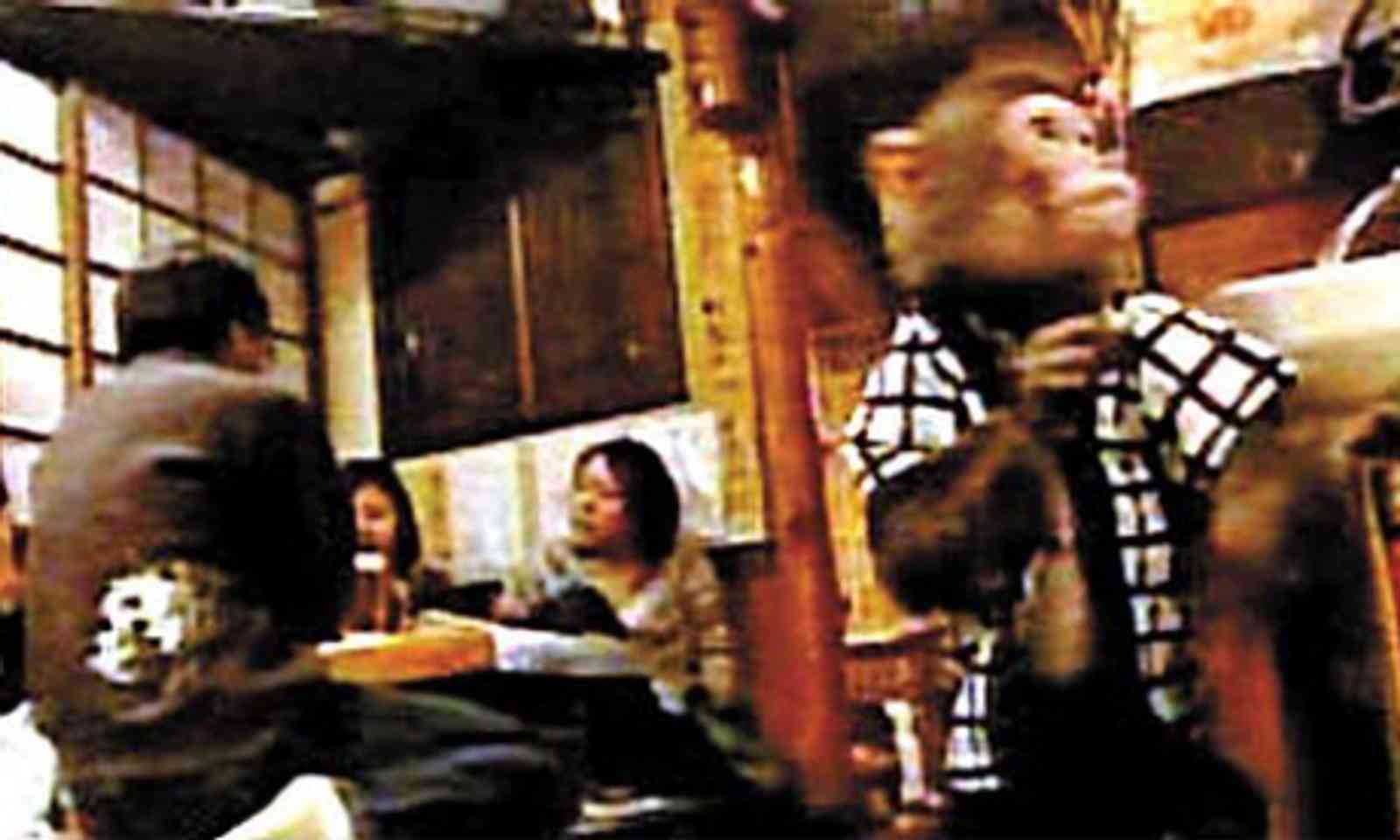 How does the old saying go? You pay peanuts and you get monkeys? Not that Kaoru Otsuka, the owner of the Izakaya Kayabuki in Utsonomiya, cares. His pet monkeys serve the food in his restaurant and business is booming.

Best of all, they only expect soya beans as a tip.